“When you hike the High Sierra Trail, your mind begins to follow your body, instead of the other way around. You enter into a way of thinking that is the way most humans have lived for most of human history, but the way only a few of us live now…” – William Tweed

Beginning at the base of the world’s oldest trees, and ending at the highest point in the contiguous US, the High Sierra Trail (HST) is one of the most scenic hikes in the country. Often outshined by its “older brother,” known as the John Muir Trail, and regularly confused with the Sierra High Route, the HST is known for its natural beauty and challenging climbs. The trail climbs 13,303 vertical feet over its 72.2 miles and is the only direct route from the Giant Forest to Mount Whitney.

Through jaw-dropping photography and cinematography, Chris Smead and his coworker, John, take us along on their six-day thru-hike of the High Sierra Trail. Carrying an additional 14 pounds of camera gear has rewarded the pair with pristine videos that spark wanderlust within only the first few minutes of the film. Chris and John conquer severe weather, altitude sickness, and unexpected food shortages as they traverse down the trail and through Sequoia and Kings Canyon National Parks. Traveling through the backcountry of the Sierra Nevada means that each day is filled with vastly different scenery and obstacles the two must conquer to reach their goal. 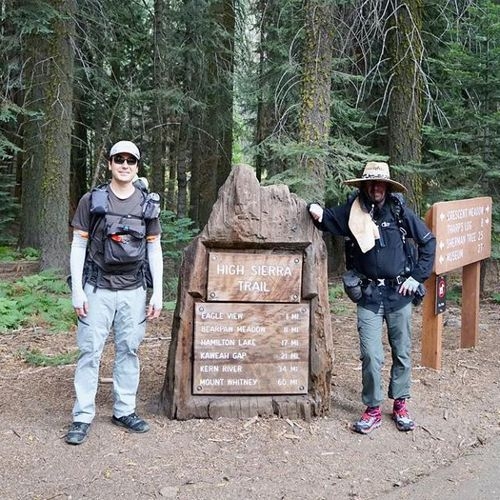 Chris and John at the start of their hike.

The documentary has a beautifully unique voice and tone to it, thanks to the narration of retired chief NPS naturalist William Tweed. Between footage of Chris and John’s thru-hike, William gives us the unique history of the High Sierra Trail. He provides the ins and outs of how the route was started, and the obstacles that were overcome during its construction. He also explains some of the geological wonders that can be found throughout the Sierra’s peaks and valleys.

One of the most impressive things about “The High Sierra Trail” is that all shots in the film were captured, directed, and edited by Chris himself. The on-trail video footage, teamed with the insight and commentary from Chris and John, gives the documentary an authentic feel. However, there are times when this authenticity becomes confusing for the viewer. The two are coworkers at a large tech company, but have vastly different personality traits, which make them an unlikely pair. John is serious and focused, while Chris is whimsical and loud, and there are times throughout the film when the stark personality contrasts between the two is somewhat off-putting. However, these differences provide for two unique viewpoints of their hike. 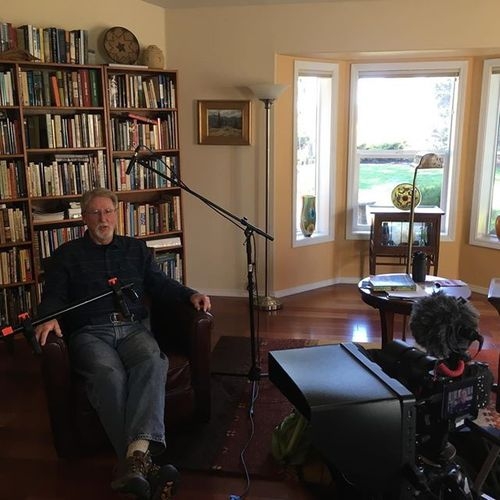 Behind the scenes look at the on-screen interviews with William Tweed.

Filled with dramatic mountain views and loads of trail history, “The High Sierra Trail” is a must-see adventure documentary. The authentic feel and gorgeous cinematography make it hard for the film to not inspire your next big adventure, and will leave you itching to get out into the backcountry. Perfect for both those planning a thru-hike, and anyone who just wants to sit back and gaze at the Sierra Nevada, “The High Sierra Trail” deserves a spot on every hiker’s to-watch list for your next rest day or rainy weekend afternoon.

Check out “The High Sierra Trail” and Outmersive Films on Facebook and Instagram to watch trailers and stay up to date on how to view the documentary!