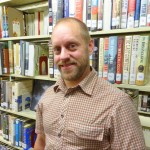 10 Trails Where You Can Find Long-Distance Solitude in 2020

The hottest day of the year (so far) and your OHTA volunteers are at work clearing trail. This is the Frog Bayou Island near mile 2.8. A lack of canopy means this stretch is one of the worst along the OHT for becoming overgrown. This was the third time since May this stretch has been cleared. If you appreciate the work our volunteers do to keep trail open, please join OHTA. Your dues will pay for equipment, fuel and supplies to make our work possible. Go to www.ozarkhighlandstrail.com. #OHTA #ozarkhighlandstrail #ohtmaintenance #hikingarkansas 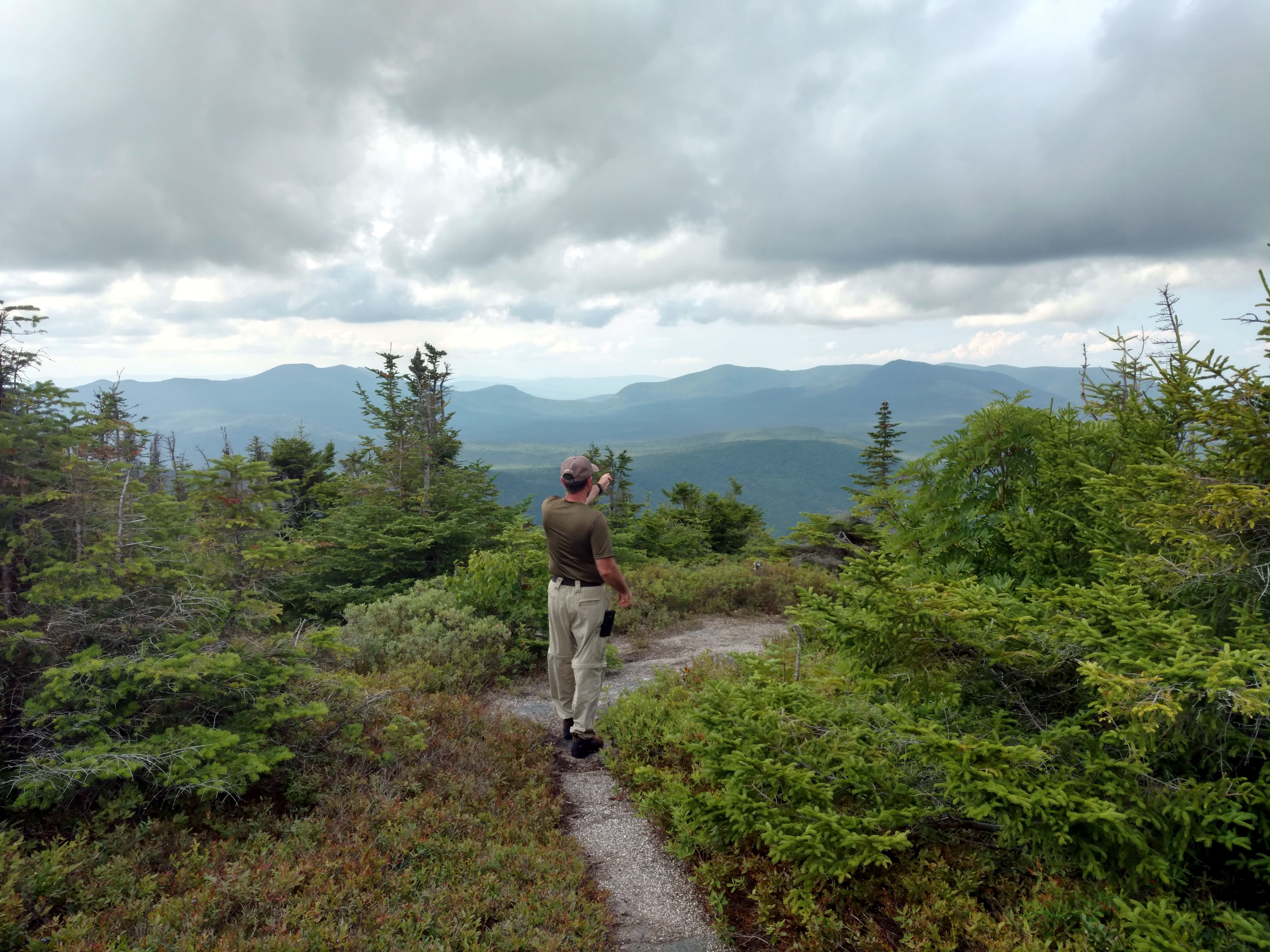 On Percy Peaks on the Cohos Trail – Tammy Hirschhorn

Compared to the Appalachian and Pacific Crest trails, it’s a short trail.  But it’s a fine one.  Pronounced “COE-ahs,” the Cohos Trail traverses northernmost New Hampshire from the Canadian border to the southern tip of the Presidential Range.  During its course, it visits 40 summits, enters three river watersheds, and reaches a handful of lakes and waterfalls.  Its founder, Kim Robert Nilsen, dubbed it “a no-nonsense wilderness route,” a fitting description.  Today the Cohos Trail Association encourages hikers to “get out there and have a great time with the moose.”  A modest amount of hikers have done so.  During each of the past four years, there was an average of twenty thru-hikers.  As Nilsen wrote, “If ending up in nowhere land on the border of another country is your idea of a wild time, then the Cohos Trail is your pathway to heaven.”  This Northern Forest trail climbs 30,000 vertical feet, and Susan Kenn was first to thru-hike it back in 2000.

My long term goal is to finish the #ouachitatrail at some point in my life. It is a trail that goes from Talimena state park in Southeastern Oklahoma to Pinnacle Mountain State Park outside Little Rock Arkansas. The trail is 222 miles and I have completed about 80 miles section hiking it over the last few years. I got up about 3:15 AM this morning and was drove to where I left off a few months ago outside Mena Arkansas. #sectionhiker #ouachitanationalforest #kodacrossfit

Pronounced “Wah-SHE-tuh,” the Ouachita Trail was conceived in 1971, completed in 1981, and first thru-hiked, by Jim Rawlins, in 1983.  It spans the Ouachita Mountains, and 192 of its 223 miles are within 1.8-million-acre Ouachita National Forest.  Nearly 180 miles are in Arkansas, while the rest are in Oklahoma. Elevations range from 270 feet at Pinnacle Mountain State Park to 2,610 feet on Rich Mountain (a peak that more than fifty planes have crashed into). Two wilderness areas are traversed.  Tim Ernst, author of Ouachita Trail Guide, wrote that “only a handful” of thru-hikers tackle this trail each year. Terrain is exceedingly rocky, summers exceedingly hot.  As Rawlins wrote in Ernst’s guidebook, “Unlike the Ozark Highlands Trail, which goes up and down all day long, the Ouachita Trail will climb to a hogback ridge and stay there for hours. So knowing where the water is… and when the springs and creeks are dry, can make a hike one to remember, or one you would like to forget.” 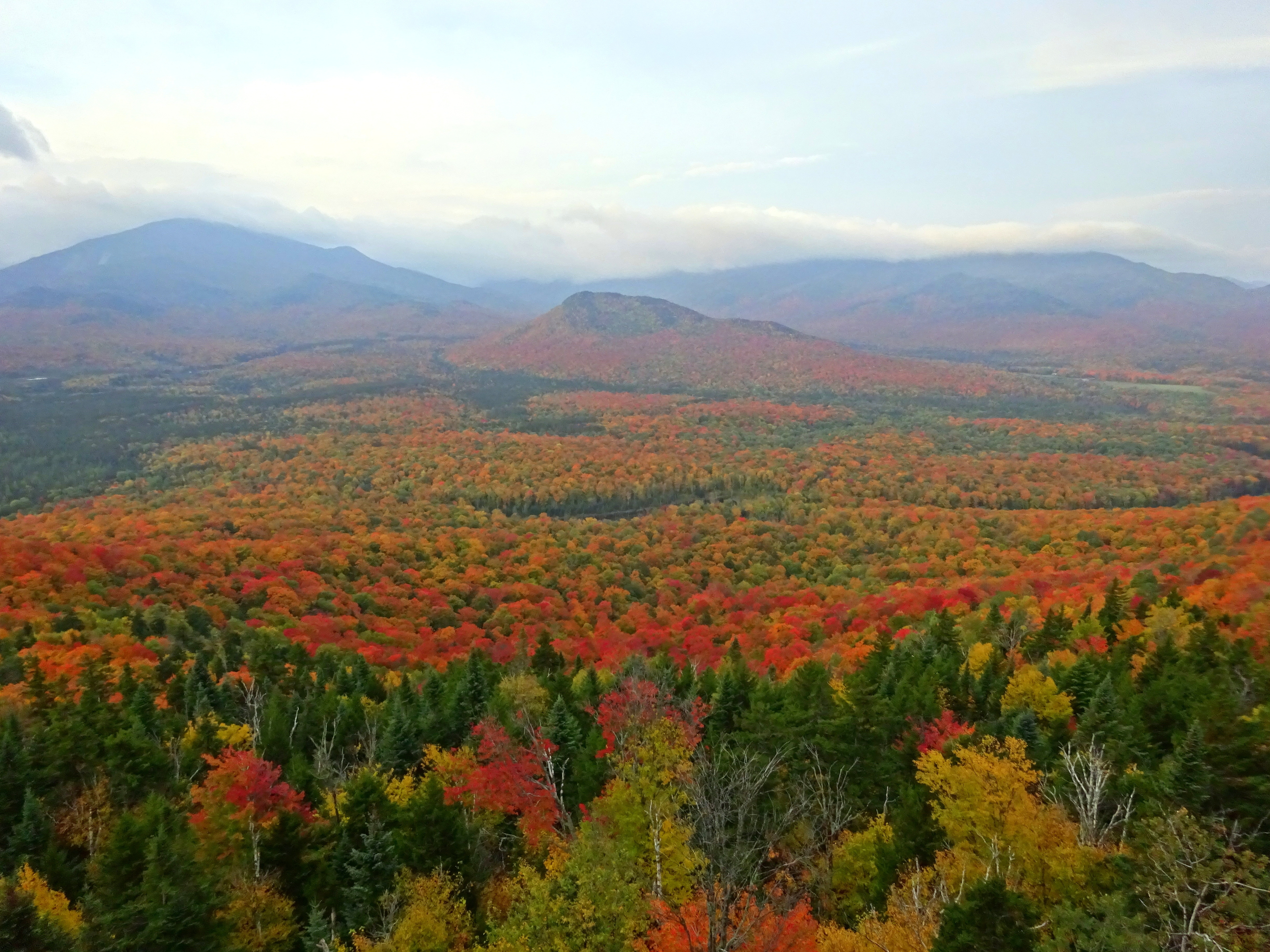 As the East’s newest and wildest pathway, the Trans Adirondack Route was developed in 2010 by your humble writer and opened in 2013.  This petite route quickly earned a nickname, “The Triple Crown Crusher,” due to it defeating three Triple Crown hikers. Overall, thru-hiker success rate is 56 percent.  Consisting of 188 miles of hiking trails, 39 miles of road walking, and 11 miles of off-trail travel, it’s those 11 miles that hikers find most challenging. If you’re looking for real wilderness, though, the work is worth it. As the only two-time thru-hiker, during both of my thru-hikes I saw no other hikers on the northernmost forty miles and southernmost forty miles. Primarily a lowland path, the Trans Adirondack Route reaches three summits and is content for the rest of the time to visit lakes and rivers.  Climbing is 24,000 vertical feet end-to-end. Highlights of this route include the fifth highest peak in New York, the largest wilderness area in the Northeast, and the longest river entirely within New York. 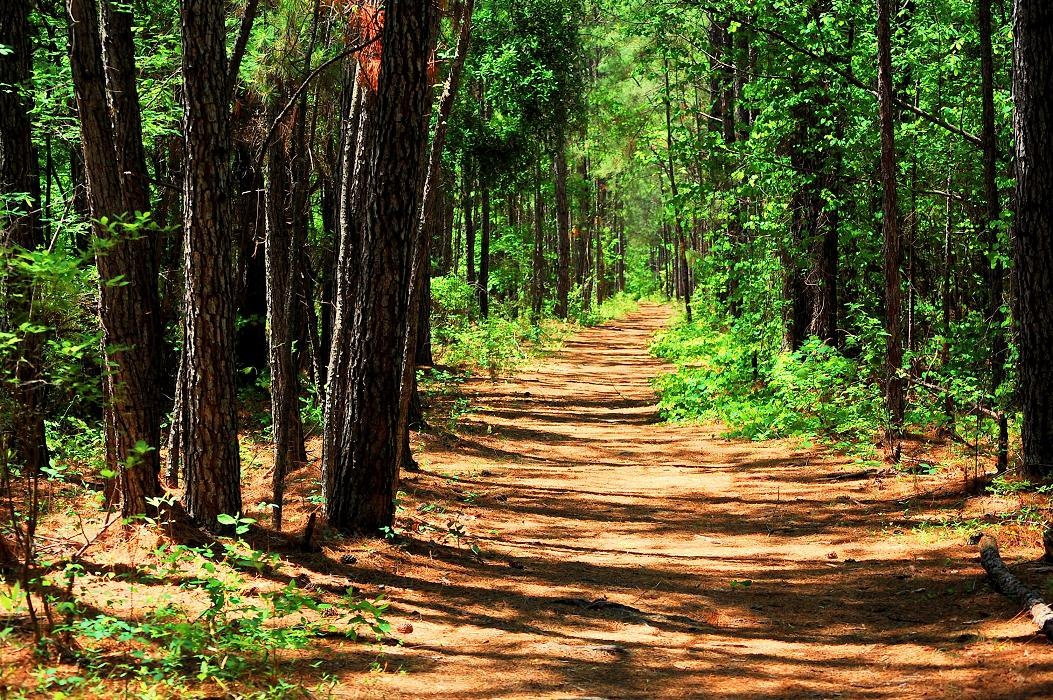 Along Lake Moultrie on the Palmetto Trail – Suzette Anderson

Established in 1994, the Palmetto Trail stretches from the Blue Ridge Mountains to the Intracoastal Waterway, taking in all of South Carolina and offering an impressive amount of diversity.  Approximately 400 marked miles are in place.  These 400 miles are broken into 29 sections, the longest being the 47-mile Swamp Fox Passage.  About 350 miles are dedicated to foot travel.  The remaining 150 run on greenways, sidewalks, bikeways, and dirt and paved roads that connect local, state, county, and federal lands.  As the Palmetto Conservation Foundation put it, long-distance adventurers will experience “Revolutionary War battlefields, Native American paths, urban to rural, swamps to mountains, maritime to sandhills to piedmont, and much more.” 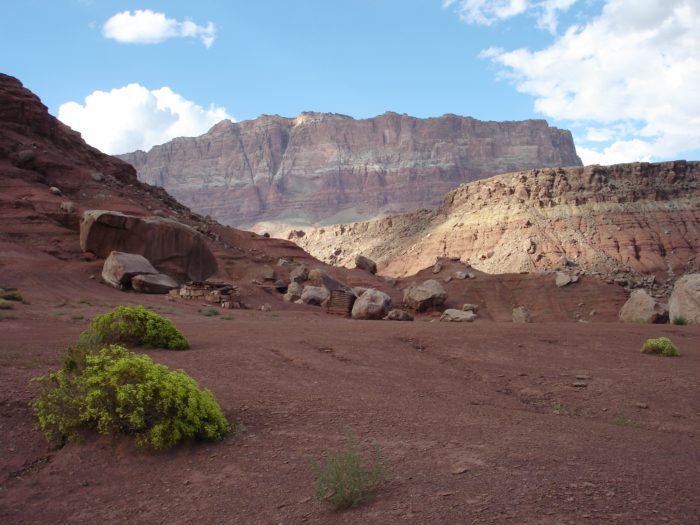 At Vermillion Cliffs near the Hayduke Trail – Erik Schlimmer

Named for Ed Abbey’s The Monkeywrench Gang character George Washington Hayduke III, the Hayduke Trail links six national parks–Arches, Canyonlands, Capitol Reef, Bryce Canyon, Grand Canyon, and Zion–and is the toughest hike within this article.  Conceived by Mike Coronella and Joe Mitchell in 1998, these founders offered a no-nonsense description of their route.  It is “not intended to be the most direct way through the region, nor is it always the easiest or even the most logical route….”  They summed up this route with two words: “extremely challenging.”  Waterless sections surpass thirty miles, the route follows no official trails, and resupply points are sparse.  This route was first thru-hiked, by Brian Frankle, in 2005.  In a 2019 The Trek article, Megan Mondor enticed hikers, describing the Hayduke Trail as being “Where canyons and wind-worn slickrock serve as a playground, amid a backdrop of innumerable towering natural arches and spires, and a rim to rim traverse of the Grand Canyon is the icing on the cake.” 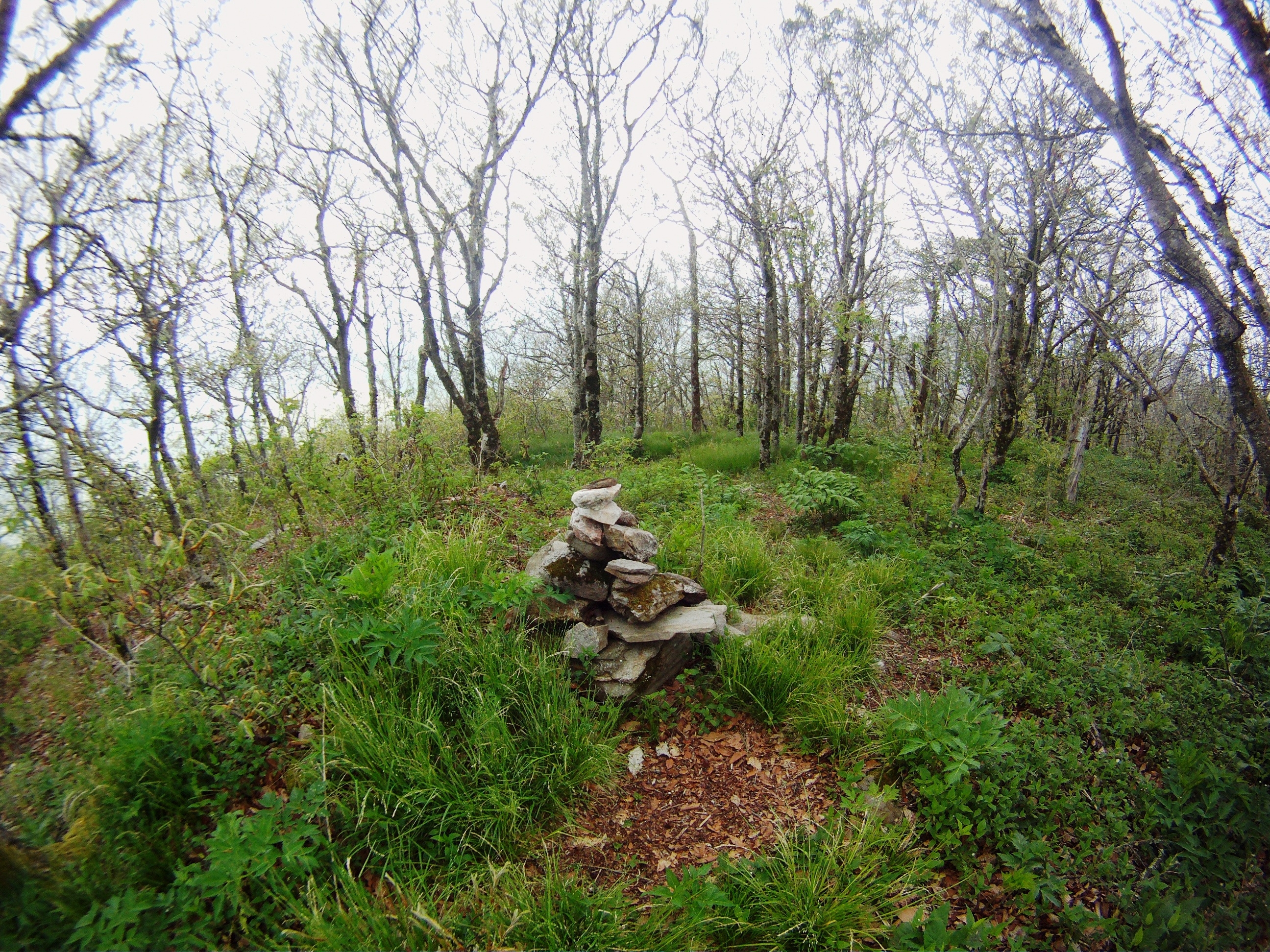 On Lane Pinnacle on the Mountains to Sea Trail – Erik Schlimmer

The Mountains to Sea Trail is one of a handful of long trails that traverse all of a given geopolitical region. It stretches from the Tennessee border to the Outer Banks—all of the Tarheel State. Approximately 700 miles are open, and leaders of Friends of the Mountains to Sea Trail are doing their best to take the remaining 475 miles into the backcountry. The trail was first thru-hiked in 1997, when Allen DeHart and Alan Householder backpacked it. DeHart went on to found Friends of the Mountains to Sea Trail. Householder served as this organization’s treasurer and projects director. Use remains sparse. Recorded trail completers in 2015: 13. In 2016: 14. In 2017: 14. In 2018: 11.  In 2019: 8. About 65 percent were thru-hikers.  During end-to-end hikes, backpackers will climb eight peaks taller than 6,000 feet, including the highest peak in North Carolina (6,684-foot Mount Mitchell) and the highest peak in Tennessee (6,643-foot Clingmans Dome).

One of the views from the new boardwalk volunteers built last week at our Mobile Skills Crew event in Waushara County! This segment will be an autumn lover’s dream once the leaves start to turn. 🍁🍂 #iceagetrail #mobileskillscrew #findyourtrail #findyourpark #encuentratuparque #rei #nps #optoutside #outwigo #takeahike #wausharacounty

Much like the Buckeye Trail of similar length, about half of the Ice Age Trail’s 1,200 miles are dedicated hiking trails. The other 600 follow canal towpaths, dirt and paved roads, sidewalks, and bike trails. The Ice Age Trail Alliance finds this combination appealing.  “Most of the blazed Ice Age Trail segments fit hikers’ ideas of a traditional, off-road hiking experience.  Some segments, however, lead hikers right down the main streets of Wisconsin communities. This is by design—the Ice Age Trail is meant to connect people and communities.” Following the terminal moraine of the last Ice Age, this trail traverses 31 of Wisconsin’s 72 counties and visits local, state, and federal lands, the biggest and most popular being 1.5-million-acre Chequamegon-Nicolet National Forest. During their thru-hikes, backpackers can take a ten-mile-long side trail to the highest point in Wisconsin, 1,952-foot Timms Hill. The first person to traverse the Ice Age Trail was James Staudacher, who backpacked it in 1979 when he was a 20-year-old student at Marquette University. During the past two decades, there have been fewer than seventy recorded Ice Age Trail thru-hikers. 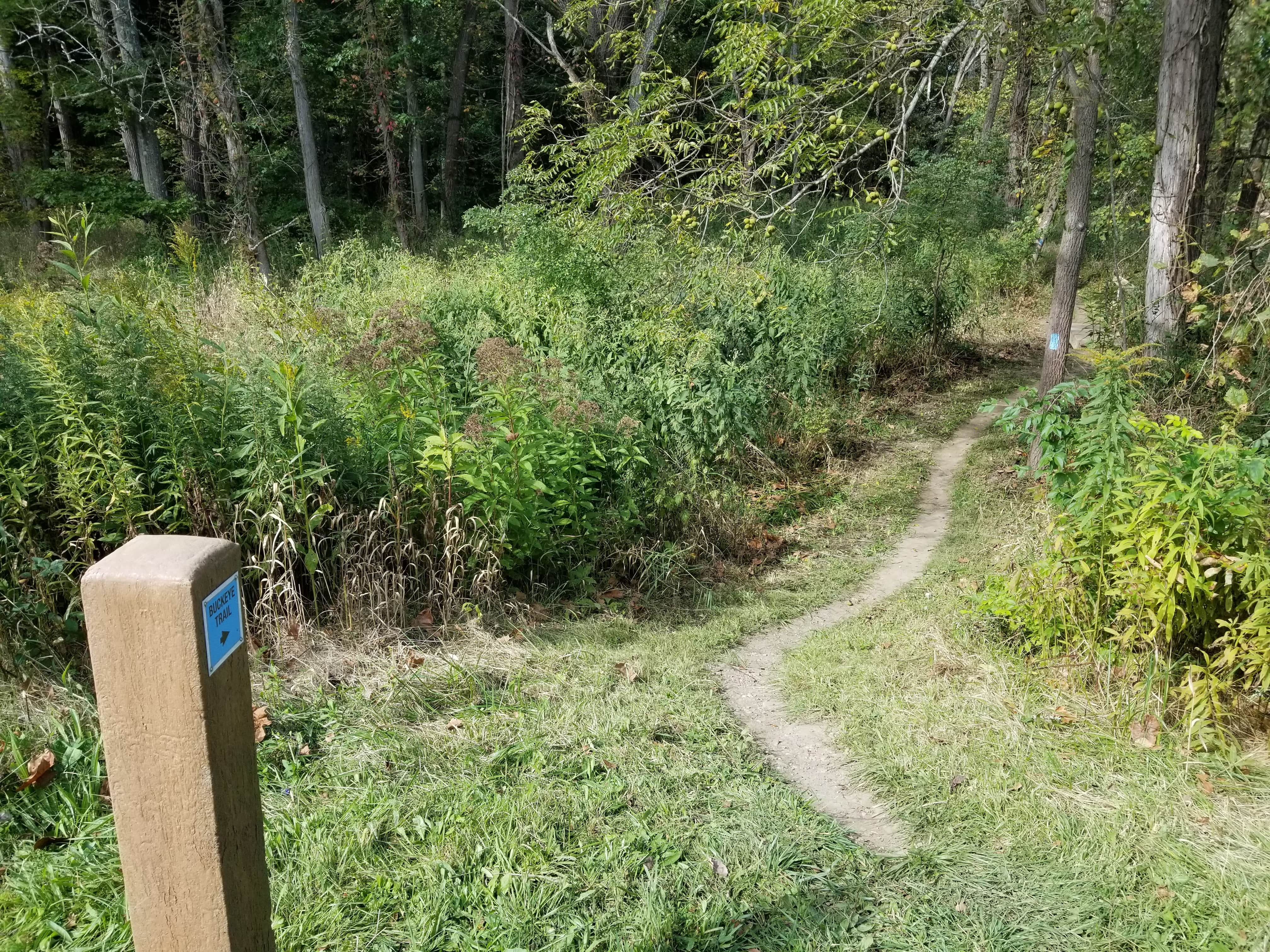 The Buckeye Trail is, by far, the longest of three long-distance loop trails in the United States, the others being the 165-mile Tahoe Rim Trail and 95-mile Wonderland Trail.  Crossing nearly half of Ohio’s 88 counties, this trail traverses a mix of private, local, state, and federal land ranging from cornfields to National Park Service units.  The Buckeye Trail is the least-wild pathway shared within this article.  Approximately 500 miles are set off-road.  Surfaces include hiking trails, canal towpaths, rail trails, bike paths, and dirt and paved roads.  The Buckeye Trail was conceived in 1958, the Buckeye Trail Association was formed the following year, and the trail was deemed “complete” in 1980, though improvements are still taking place.  Highlights include the Hocking Hills of the Allegheny Plateau, Cuyahoga Valley National Park, Lake Erie, the Miami and Erie Canal, the Wabash and Erie Canal, and the Ohio and Erie Canal. 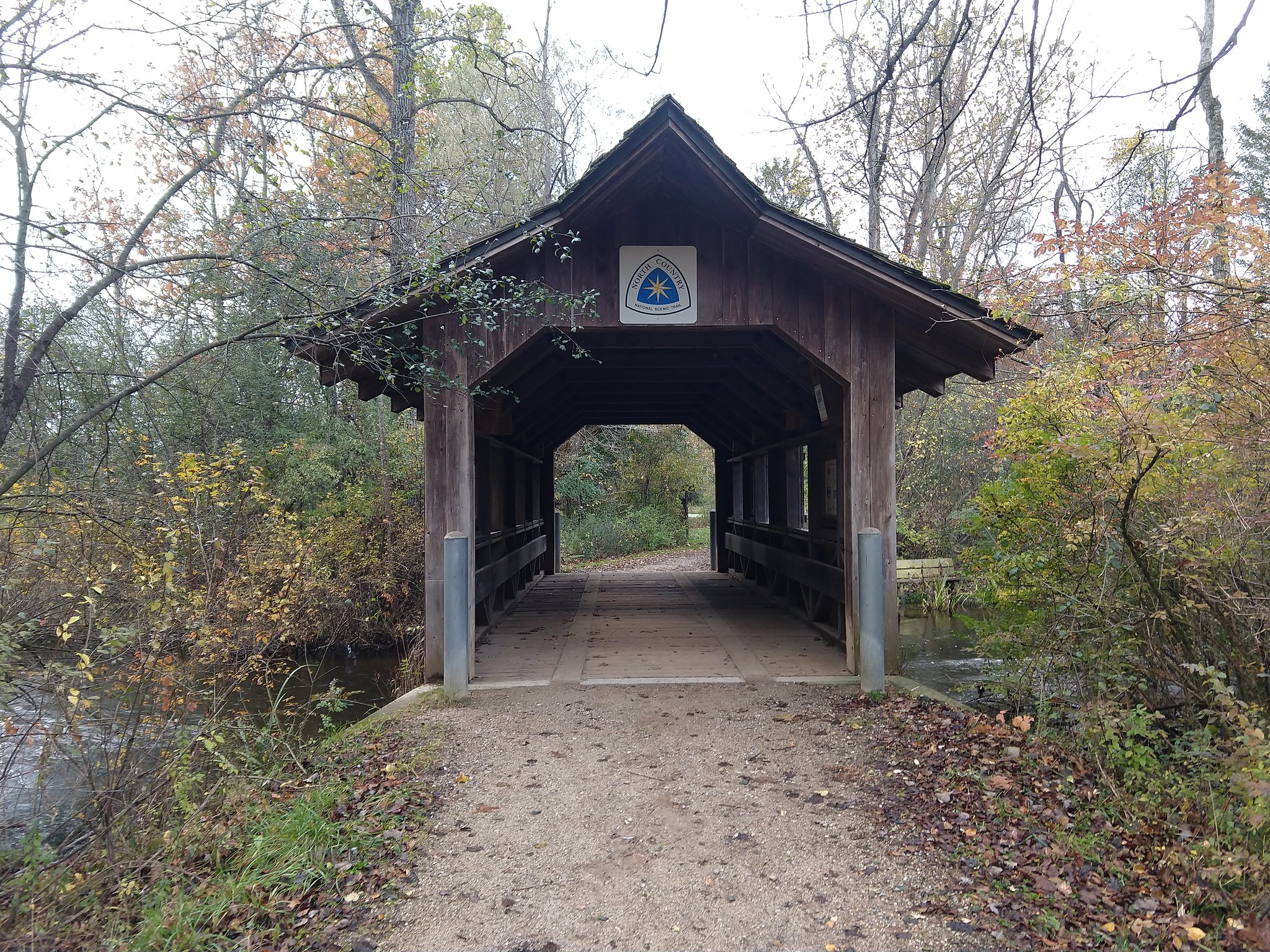 Along the Michigan section of the North Country Trail – Keith Bigoness

The North Country Trail Association lets prospective thru-hikers know of the stout test they’ll face. “With a length of 4,600 miles and lots of connecting road walks, pulling off a thru-hike of the NCT is a big challenge.”  If a thru-hiker averages 22 miles a day, that’s still a seven-month trip. More than 3,000 miles of trail, which reach nearly 200 pieces of public land, are in place.  The best sections center on two national wildlife refuges, four National Park Service units, 10 national forests, and nearly fity state forests. The first section hiker was Peter Wolfe, who completed the trail in 1980. The first thru-hiker was Ed Talone, who tackled this massive path in 1994.  As of 2014, there were thirteen recorded end-to-enders, which includes thru-hikers and section hikers. Overall, there have been fewer than twenty end-to-enders. No one was recorded as completing the trail in 2019, and it’s predicted that in 2020 one to three hikers will finish this trail, the longest of the country’s eleven national scenic trails.