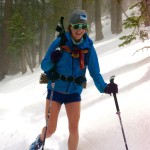 What a 100 Mile Race and Thru-Hiking Have in Common 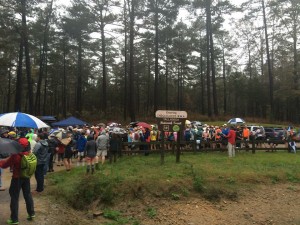 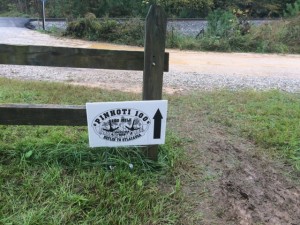 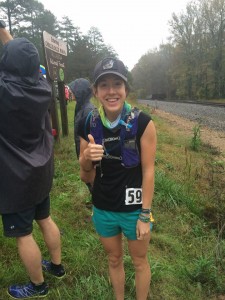 Last month, I ran my first hundred mile ultramarathon. It was something I’d wanted to do for several years, since I first heard events like this existed. I remember my initial disbelief when hearing people could travel a hundred miles by foot in a day.

I first discovered long distance backpacking after college, and fell in love with the sport while thruhiking the Appalachian Trail, then the Pacific Crest Trail. Before I became a thuhiker, I was a trail runner. Trail running was my daily nature fix when living my “normal” life. I was first drawn into the ultrarunning scene by a group of laidback runners who were passionate about adventuring in the mountains. I instantly felt like I found my people. Ultrarunning is a totally different animal than road running, as ultras take place on often rugged trails through forests, across ridges, rivers, and over mountains. Ultras are all about taking risks, pushing boundaries, confronting and conquering discomfort. The ultra community is a close knit group of amazing folks with chill attitudes, adventurous spirits, and a deep love for the mountains. If you’re a thruhiker, you may already be noticing some similarities to thruhiking…

When I started trail running again after thruhiking the Appalachian Trail, I discovered how little fitness transferred from backpacking to running. My legs were as strong as ever from over four months of hiking, but I could barely huff and puff up the mountain trails I used to fly over. It was discouraging to have challenged my body for so long on the trail and have nothing but achy feet and labored breath to show for it. Little did I realize at the time, the issue was in the length of race I was attempting to run. A 50k ultramarathon was not long enough to truly tap into the endurance fitness I gained on the trail. I’ve since learned that the longer the distance, the more comparable ultras and thruhiking become.

So after hiking the PCT this summer/fall, I prepared for the worst- a total setback in my running fitness. Stupidly, I signed up for a 100 mile race that took place six weeks after I got to the Canadian border. I remembered how the post-trail blues were after the AT, and I wanted a clear (and maybe even a little crazy) goal to focus my energy on. I needed another adventure, and with that adventure I gladly accepted all the risks involved. But, how could I get ready for a race of this magnitude so quickly?! I knew many runners had been training for this race half the year, sometimes taking multiple years to build up to an event like this. Seeing the insanely high-mileage training plans of other friends running the race intimidated me. I decided the best strategy for me to prepare was to fully recover from thruhiking, keep my mental game strong, then gain whatever fitness possible the last month.

I went into the race feeling very unprepared and ready to suffer. Turns out, I shouldn’t have worried so much. I had no idea how prepared I was for this type of event after thruhiking! The race felt much easier than the fifteen and twenty mile training runs I’d been struggling to complete over the last month. Not only that, but I had a blast during the race! This prompted thoughts on what makes ultras special. I think a race this long put me back into thruhiking mode, which is my happy place. After over five thousand miles, thruhiking feels very natural to me, and I found strength in that confidence.

Here are 10 similarities I found between running a hundred mile race and thruhiking:

1.You’re in familiar territory. Like thruhiking, I was out there for the love of the woods, not to compete with all the other runners for a prize. Think- this is where you belong, outside, running wild and free. Also, you’re surrounded by cool people who share the same love and priorities that you do. The energy of the ultra community is powerful and motivating, just like the thruhiking community. You’re just doing what you love to do- play outside with your friends! 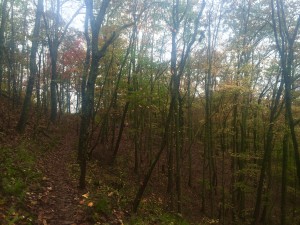 2.You must take care of yourself. Like a thruhike, you know you are in this race for the long haul. While 100 miles may seem short to a thruhiker, you realize that anything can happen in that amount of miles. It’s essential to fix any issues before they become a problem- stay fueled/hydrated, warm/dry, take care of your feet, and know your body well, like when to push/back off.

3.It’s all in your mind. Ultras and thruhikes are a mind game. You must be able to convince yourself you’re not crazy for doing this and there’s no where you’d rather be, even when things get hard. The weather conditions don’t matter, the difficulty of the terrain doesn’t matter- the only thing that matters is to keep going. The only way out of it is through! You’ve got to push away thoughts of failure; visualize yourself happy and healthy at the finish. 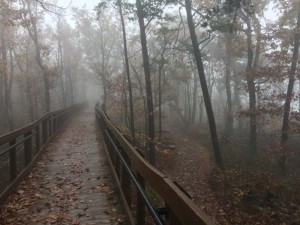 4.Eat whatever you want! Just like when you’re hiking, you need to stay on top of your nutrition and fluid status. Keep snacking as much as possible! You can eat whatever sounds appealing- candy, pickles, pizza, grilled cheese, PBJ, burritos. A friend of mine once said that ultrarunners eat like pregnant women, which seems to apply to thruhikers too. The aid stations every 6-8 miles along the course make all these awesome snack breaks convenient, so you don’t have to carry much!

5.It’s a personal journey. Unlike many types of road running events, ultras are not necessarily about the time it takes you to finish. There is a time limit, but you’re not chasing a number. It’s about going into the woods and coming out changed- smarter, stronger, humbled, yet more confident in some ways. The emotional ride of a 100 can be just as intense as thruhiking- one minute you’re feeling invincible gliding down a mountain, the next you’ve found yourself on the ground crying over a rock or root that jumped up and faceplanted you. Overcoming these moments is what makes you stronger! It’s not about what’s at the end; it’s all about what happened along the way that allowed you to get there.

6.Beware of vortexes. Just like the wonderful towns along the trail, there are aid stations along the 100 mile race course that tempt you to sit and stay a while. We’re talking about raging bonfires, delicious hot food, party music, lights, and whiskey at 2am. While their allures may seem too tempting to pass up, just remember you will be comfortable again when this race is over. Take what you need, but keep moving. Maintaining your momentum is very important mentally. Just like after stopping for a while in town, it can be extremely hard to get moving again if you take too long. 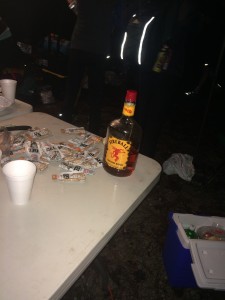 7.Every step is one step closer. The popular thruhiking mantra works here too- every step I take is one step closer to ______ (Maine, Cananda, or the finish line)! Continuous forward progress is the ticket; you don’t ever have to run fast to finish an ultra. This is where the thruhiking legs really come in, because you know how to endure. If you just keep moving, you’re gonna get there! It’s just a matter of time, so enjoy the ride 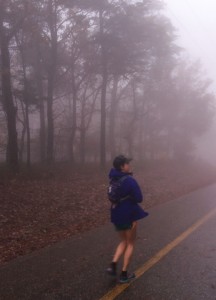 8.You are never alone. Between the ultra community support, aid stations filled with stoked and helpful volunteers, then your personal crew and/or pacer (if you choose to have them), it’s hard to feel like you’re going to die alone out there. Just like thruhiking, everyone is going through the same tough conditions together. When things get rough, you can make a new friend on the trail and run/jog/hike with them for a while. Share stories and inspire each other. Such is the way of the trail; you are constantly giving and receiving simultaneously.

9.Recovery is the same. Running a hundred miles is no small task, no matter how many trails you’ve hiked or races you’ve run. You’ll be sore and tired, but that’s nothing new. Make sure you take care of yourself when it’s all over, just like after a long hike. Eat everything in sight, throw back some beers, sleep as long as you want. A short hike the next day can help you loosen up. Ease back into running so you don’t interrupt the healing process and get injured. 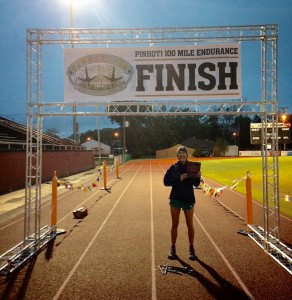 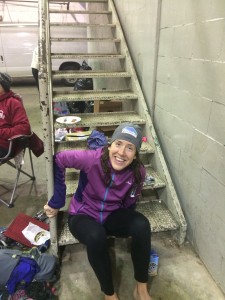 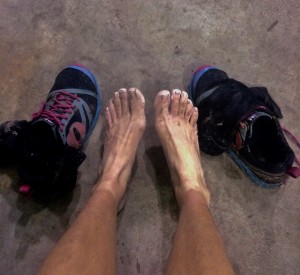 10.The risk is what makes an adventure. Why hike across the country? Why run 100 miles? Why push ourselves, when life could be easy? To grow constantly, to live fully, and to feel the satisfaction of doing what we once thought was impossible. This is what keeps us coming back for more. These aspects are the same for many extreme sports, including thuhiking and ultrarunning.

So, if you’re a thruhiker looking for something to tide over that adventure craving between big trips, try running an ultra. All the fun of a thruhike on a smaller scale, and not to mention you’re probably more prepared than you think.