After completing the Appalachian Trail in September of 2016, I almost immediately started looking for my next adventure – despite having sworn during several moments of my AT thru to never hike a long trail again. What can I say, it’s an addiction.

Ideally, I wanted to take on the Pacific Crest Trail, the next logical step for many AT thru-hikers and Part II of the American Triple Crown of Long Distance Hiking (Part III being the more challenging Continental Divide Trail, for which I do not feel ready). However, my wonderful and ever-supportive husband respectfully requested that I not take another six-month backpacking trip, which I can understand. We compromised on an idea that would take about 10 weeks (and 1,000 miles) of Summer 2017: the Mini Triple Crown.

The traditional Triple Crown is almost 8,000 miles of backpacking, and usually takes three separate summers to complete. It is some of the most wild and incredible trail in the United States, and something that will stay on my bucket list for a long time to come, but isn’t something I can take on at this stage of my life. 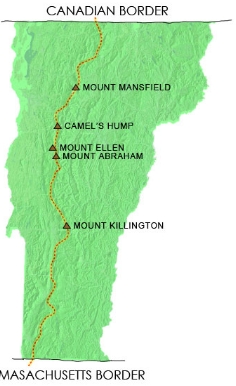 Up first: the Long Trail in Vermont starting in late June or early July…

The Mini Triple Crown is an exciting new-ish concept, which I first heard about from this excellent article  by Caet Cash for The Trek. I won’t go into all the origin details here since she does a great job covering it. I’m drawn to the MTC because there will be tons of variety – variety in landscapes, weather, gear, scenery, culture, etc. I’ll get to learn new skills, and deal with things like bear canisters, navigation, elevation, exposure, and snow hiking that I didn’t encounter on the AT.

The concept of the MTC is that it is made up of three distinct long trails, overlapping with but independent from their longer counterparts: the Long Trail in Vermont pre-dates the AT and overlaps with it for about 100 of its 274 miles. The Colorado Trail overlaps with the CDT for about 200 of its 486 miles, depending on the exact route. Finally, the John Muir Trail in California overlaps with the PCT for about 160 of its 211 miles. 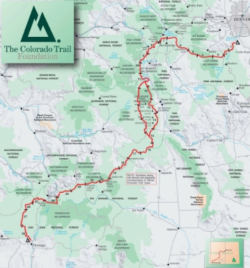 …followed by the Colorado Trail, mid July to mid August…

Many people consider these shorter trails to be the highlight sections of the longer trails, hence the alternate name “Triple Gem” (ie the “Gems in the Triple Crown”), or “Crown Jewels”. The exception might be the Long Trail of Vermont – although definitely a rugged and beautiful piece of the Appalachian Trail, many AT thru-hikers might list something like the Roan or Grayson Highlands as their favorite part, or the White Mountains section, or even national park sections like the Smokies or Shenandoah.

However, none of those sections are stand-alone trails. This distinction, as well as the history and independence of the Long Trail, cements it in my mind as the Eastern representative for the Mini Triple Crown. 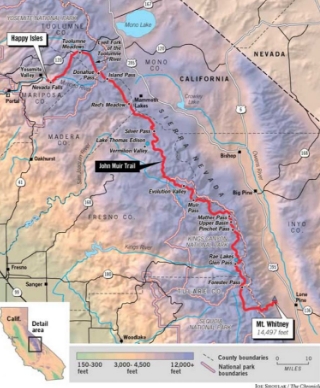 …and the grand finale, the John Muir Trail starting August 21 from Mt. Whitney.

Here’s another fun part: I’ve only been able to find reports of two other people who have completed the Mini Triple Crown, or doing all three trails in one season. I’ve started a list here, and I’d love to expand it. Whether you’ve done the MTC calendar-style or over many years, please reach out! I’d love to add your name.

I won’t start until late June or early July, but planning and prep are in full swing! Follow along on Instagram, @nicholeyoung1.

Hello, I'm Nichole, AT class of 2016! I walked from Georgia to Maine (4/25-9/22) to test my limits and strength, to be a badass, and to show myself that if I can do this, I can do absolutely anything... and also raised $2,500 for clean water in the process. Summer of 2017 will find me backpacking the Mini Triple Crown: Long Trail, Colorado Trail, and John Muir Trail. I'm currently living in northern NJ with my incredibly supportive and non-hiking husband, working multiple jobs to fund my mountain addiction, and working on my new website, do-anything.com. You can also see what I'm up to on Instagram, @nicholeyoung1.