4 Reasons Why Ultralight is NOT Worth the Hype

Almost all backpackers can be sorted out into one of three categories. You’ve got Mr. Kitchen Sink: a Bear Grylls machete is strapped to the side of his Gregory Baltoro 75 pack, half of which is overtaken by his Big Agnes Hog Park sleeping bag. He is at 12lbs. 9oz. with just these three items and we haven’t even scraped the surface. Then there is the opposite side, the Ultralighter: He’s got a Hyperlite Windrider pack, sleeps in a zPacks sleeping bag and doesn’t even carry a knife because if his teeth can’t get the job done then he can always borrow one from his buddy. Right now he is sitting at a whopping 2lbs 12oz. and when it’s all said and done he may only add on a little over 10 or 11 more. His buddy is the last sort, a Regular Joe: He carries an Osprey Atmos 65 pack, an REI Igneo sleeping bag and a Gerber Paraframe knife for getting into the wrapper of his Seriously Sharp Cabot Cheddar Cheese. He is carrying a reasonable 5lbs 7oz with these items.

Your gear is meant to help you get to Katahdin (or Springer). It won’t put you there on it’s own, but you also probably can’t make there with out it. So who is doing himself the most favors in his trek? I think most can agree that if Mr. Kitchen Sink doesn’t wise up and drop into the realm of Regular Joe then he will either injure himself off of the trail or give up all together. But between the Ultraliter and Regular Joe, who has himself best prepared for 2,000+ miles of mundane and strenuous mountain climbing over six months?

Having walked with my life on my back for a good while (23 weeks) in 2013, I definitely don’t see eye to eye with REI on what they call ultralight. (At least not for a thru hiker.) I think 23 to 28lbs. is lightweight, but definitely not ultralight.  Based off of my experience with my own pack weight and those of hundreds of other hikers I have met on the trail, I save the ultralight term for anything below 23lbs. And from there, we continue on with…

4 Reasons Why Ultralight is NOT Worth the Hype 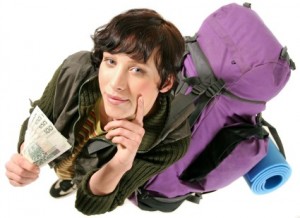 In the gear world, a lack of weight is directly tied to a spike in price. It is important to buy lightweight gear if you plan to thru hike but the weight savings on a zPacks sleeping bag is hardly justifiable up against the extra $200 spent if you are on a college student/recent grad budget. When I become independently wealthy I plan to immediately buy a 20° bag from them for $390 plus tax and shipping costs despite the fact that I have never seen it in person but right now, on my meager salary, I can not even dream of taking such a financial risk on a piece of gear I can only assume I will love. For a pound more in weight and $160 less, a Serra Designs bag will do the trick. 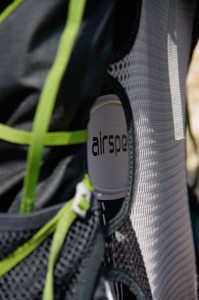 Comfort is a psychological tactic one can use to get to Katahdin. Want to quit? Take a hot shower, sleep in a real bed and don’t walk for a day. Revisit the idea the next day and its probably gone from your mind. You can use this same strategy by choosing more comfortable gear. I use an Osprey Exos 58 pack but I could easily save 13oz. if I were to use a ULA CDT pack but it is massively important to me to avoid the dreaded swamp-ass. The “Airspeed” back suspension build of the Exos pack allows for over an inch of airflow between my pack and I. Not to mention that it has a wicked smooth connection with the back. You never have lumpy, poorly packed gear stabbing at your back like what happens if inexpertly load up a frameless pack. Also, the Exos has load lifters. I can’t imagine a backpacking world with out load lifters but it exists, albeit, only in the ultralight realm. I just can’t rationalize a sweaty, sticky swampy back and an uncontrollable center of gravity based solely on your packing technique, even if it saves a few ounces shy a pound of weight. 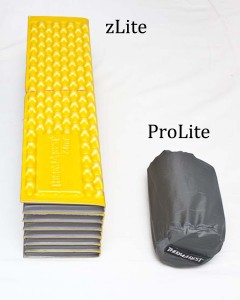 Choosing gear is always about a compromise. You have to decide what benefits are most important to you and go with the product that caters to your desires more. Price, weight and size are typically your deciding factors. Despite trying to get lighter and lighter in my gear set up, I sometimes find a better reason than weight to sell me on one piece of gear over another. I currently use a Therm-a-Rest Prolite sleeping pad and for a while I contemplated switching to a Therm-a-Rest zLite. If I cut two panels off of the zLite to fit me it would weigh 12oz. as opposed to my 16 oz. Prolite. That’s only a savings of 4oz and a sacrifice of actually being off the ground (I think my 1in. pad is super comfy) and great ‘packability’ if I were to switch to the zLite. I think I would get used to sleeping on a foam pad but it’s just not worth 4oz. to have to strap a bulky pad on to the outside of my pack or have it take up so much space inside. This in one example of innumerable possibilities between two pieces of gear. 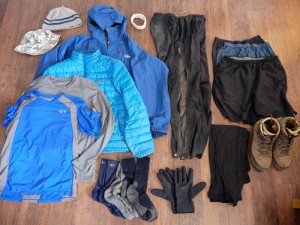 My biggest fear for ultralight backpackers is that they will find themselves unprepared for a bad situation. The best way to become ultralight is to simply take things out of your backpack. Some things are pretty easy to call nonessential until the time to use them comes. I believe this happens most commonly for ultralighters with ditching extra clothes. The unpredictability of weather in the mountains means that even in warm months cold weather can set in and easily become the down fall for unprepared backpackers. Carrying lesser degree sleeping bags, lighter material tents and not enough layers can lead to several miserable days on the trail, if not something even more dangerous. This ties back into comfort. Having what you need to make it through those inevitable rough times on the trail can be make or break in having to get off the trail or being able to push on. Not to mention that spending half a fortune on gear that you give up on in just a month is more than this frugal kid wants you to go through. 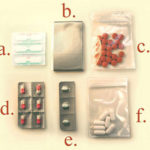 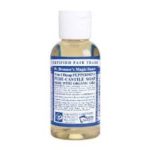 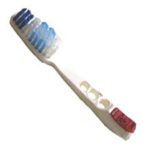 Despite what you just read, count your ounces and make smart gear choices with in reason. Think long and hard about your commitment to ultralight gear, but still cut your tooth brush in half. Why carry the extra part? Bring a small pack towel. You will probably barely use it. Find a small container of soap that works for hair, body and clothes at the same time. Ditch the first aid kit and carry a few Band-Aids, a few pills of a few different kinds of meds and thread and needle. Forget about paracord. If you can’t fathom this, cut off a shoestring length. It’s probably more than you will ever use unless a ridge runner hassles you into bear bagging, of which the chances are slim. Point being, don’t over pack even if you stay far away from ultralight tendencies.