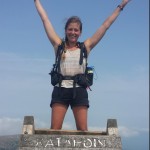 Three Trails, Three Setups: How my gear has changed over thru-hikes

When getting ready for my first thru-hike, I did all the research I possibly could. As I started at the border of Mexico, I believed I had the absolute best shelter, backpack, and sleeping bag. My gear was on point. I would soon find out that though my gear might have worked for many of the people on the review pages, it was not always for me. As I prepared for the Appalachian trail, and prepared is a strong word, I did no research. I decided to wing it and bought a bunch of new gear that usually ended up not working. I usually felt that I should have stuck with my old gear. On the PCT, it is more important to have lighter gear because of the excessive amount of water, usually around 4-8 liters, and the longer food carries, anywhere from 5-10 days. Thing often degrade faster on the PCT as well because of the tough sand and conditions so looking for more durable options is a must.

Starting out I bought the Tarptent Contrail 1p shelter. It was light, at around a pound and a half, and was large and durable. After a storm hit during the kick off weekend, I woke up to my sleeping bag in a small puddle in the foot box. I must not have tightened the bathtub bottom or staked it out right. I mean it was only my third or fourth time ever setting it up. I went the next day to talk to Henry Shires, the creator of Tarptent, and figure out what I did wrong. He was extremely helpful and I left feeling very confident that I could make it work. I set it up the next night in the dark but it went well. I wouldn’t use it again for another few hundred miles on a grassy lawn where I woke up soaked. I decided to order a Zpacks A frame tarp to cut weight when I was barely using a shelter. After some shipping errors I went shelter-less for the rest of the trip, jumping in with my friend’s Big Agnes Seedhouse 1p when the weather turned bad(I know, I’m the worst). For the Appalachian trail I finally received my tarp and loved it for most of the trail. There was one night when it snowed coming out of the Smokies and the shelter was full. I didn’t think my very old tyvek could keep me warm on straight snow, so I jumped in with another friend. I love the tarp and will use it a lot in the future. It dries fast and weighs in at a whopping 4 oz. Differences I saw in other peoples shelters from the trail are the amount of hammocks. On the PCT, the only viable place to set up a hammock would be certain parts of Oregon, other than that you’d be out of luck to find the necessary trees. On the AT, they were everywhere, it seemed they were more popular than tents at times. For my upcoming hike, I wanted something sturdier for rougher conditions so I went with a Nemo Hornet 1p. It’s easy to set up and very spacious, so I’ll see how it holds up.

ULA‘s are by far the most used pack on the Pacific Crest Trail. I bought mine online and really liked all its features. My first day was very uncomfortable. I couldn’t seem to get to weight off my shoulders. I went to the booth they had at kick off to see if they could help me and ran into a pair of the nicest guys. I had ordered the wrong size so they gave me a whole new pack in the right size and let me make sure all my gear could fit. After that I had no issues. I carried it the whole rest of the PCT with no problems. Before starting the Appalachian trail, I took a casual trip to REI with some friends. I got sucked in to buying a Gregory Z35 and really enjoyed how comfortable it was for the first month of the trail. Striving to always cut weight, when I realized the Z35 weighs 3lbs, it ate at me. I could cut 2 whole pounds just by switching packs! So I ordered a Zpacks Arc Blast weighing in at just over a pound. I never could get it just right with the side frames. If it ever got overloaded, it was extremely uncomfortable and it crapped out at just about three months of hiking. When I sent it in for repairs, It came back in pretty much the same condition. I switched back to my ULA and unfortunately ripped it two days before summiting Katahdin. Needing a new pack, I opted for a Hyperlite Mountain Gear WindRider with custom outside pockets. They were extremely easy to work with and got me the bag really fast! It seems very similar to my ULA and I’m hoping it is just as good.

I am someone who can fall asleep just about everywhere so my sleep system was not the most luxurious. I used a closed cell foam pad that was about three years old when I started the PCT and lasted both of my thru-hikes. It is definitely still usable but I’m opting for something more compact as I travel abroad going with a shorty Thermarest NeoAir. I also didn’t think an inflatable pad could hold up in the desert because everything is sharp and pokey. My first sleeping bag was a Marmot 15 degree, weighing somewhere around two pounds. I was never cold on the PCT and the first month of the AT but I was still looking to cut weight. When ordering my backpack from Zpacks, I ordered a 20 degree sleeping bag as well. Although the backpack was a mistake, I absolutely love the sleeping bag. It’s incredibly light while still being warm, can transform into a quilt for warmer weather, and comes with a detachable hood. It has definitely become one of my favorite pieces of gear and will come with me as long as it’ll last! For me a good 20 degree bag should keep you warm throughout both hikes, maybe adding a layer of clothing for the colder sections, like the Sierra, Washington, and Maine.

Many opt for trail runners and lighter clothing on the PCT to deal with the heat while boots are nicer for the terrain on the AT. The coloring of your shoes is also an issue on the PCT. Dark colored shoes will bake your feet all day and cause an exorbitant amount of blisters. On the other hand, on the AT, it is detrimental to have waterproof boots because, in reality, no shoe is ever waterproof because your foot goes in it. So the water gets in and then never dries, causing the skin to turn white and peel off. The sand is a lot harder on gear, so plan on going through a few more pairs of socks than you would on the AT. As far as clothing goes, for both trails, I wanted to wear as little as possible while hiking. The east coast has the humidity and the west coast has the desert, so my clothing didn’t change too much from trail to trail. I added a warmer layer as I headed up further north on both trails which was a necessity in Washington and Maine. One thing that an AT hiker might not think of for the PCT are sun gloves, especially if you use trekking poles. I remember a few days in, shredding a bandanna to cover my terribly blistered hands. Something that would never happen on the AT.

On the PCT, it is necessary to have a guidebook and maps to help with water, navigation, and camping areas. On the AT, much of that is not extremely necessary but is often helpful. I used Yogi’s guide along with Halfmile maps and the water report for the entire PCT, though the water report is not necessary in the Sierra, Oregon, or Washington. AWOL’s guide for the AT worked really well but I switched to the Guthooks app to save weight and even then I only used it to track my distance. Something you’ll see often on the PCT are solar chargers, which would seem silly along the green tunnel that is the AT. The resupply towns are much fewer and far between on the PCT so an extra battery pack or solar charger comes in handy. You’ll also see a lot more SPOT or GPS devices out west because of the remoteness of the trail and the very real ability to get lost at any moment. The only time I heard of people getting lost on the AT was when they were going to fast and missed a turn but it is easy to get back on track when you realize the blazes aren’t white anymore.

Either way, what works for you, is what works for you and it will change constantly. My biggest piece of advice to give about gear is to haul out the old gear in the beginning until you can decide what you really need out of it. I would have saved myself a ton of money and stress if I had known that earlier!

I fell in love with backpacking in the canyons of southern Utah and haven't been able to quit since. After getting my degree in Kinesiology with an option in Outdoor Education, I hit the Pacific Crest trail in 2014. Totally addicted, I decided to try the Appalachian trail in 2015. Now i'm off to New Zealand to see what a thru-hike is like overseas before heading home to finish my triple crown on the Continental Divide trail!