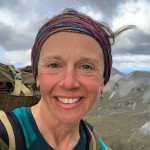 Since moving to the Twin Cities 15 years ago, I have come to love the special ruggedness of the Upper Great Lakes region, a place we call “Up North.” Forests of hardwood on the edge of the boreal forest air conditioned by the Big Lake (Superior) are only part of the story.

The geologic history of the region is one of intense volcanic activity followed by scouring glaciers that left behind astonishing mountains and cliffs, as well as the millions of lakes this area is famous for.

While not on the awesome scale of the Rockies or the Sierra, there is a quiet and ancient beauty here of abundant flora and fauna, as well as breathtaking views that will take some work to hike to.

5 of the Best Backpacking Trips In the Upper Midwest 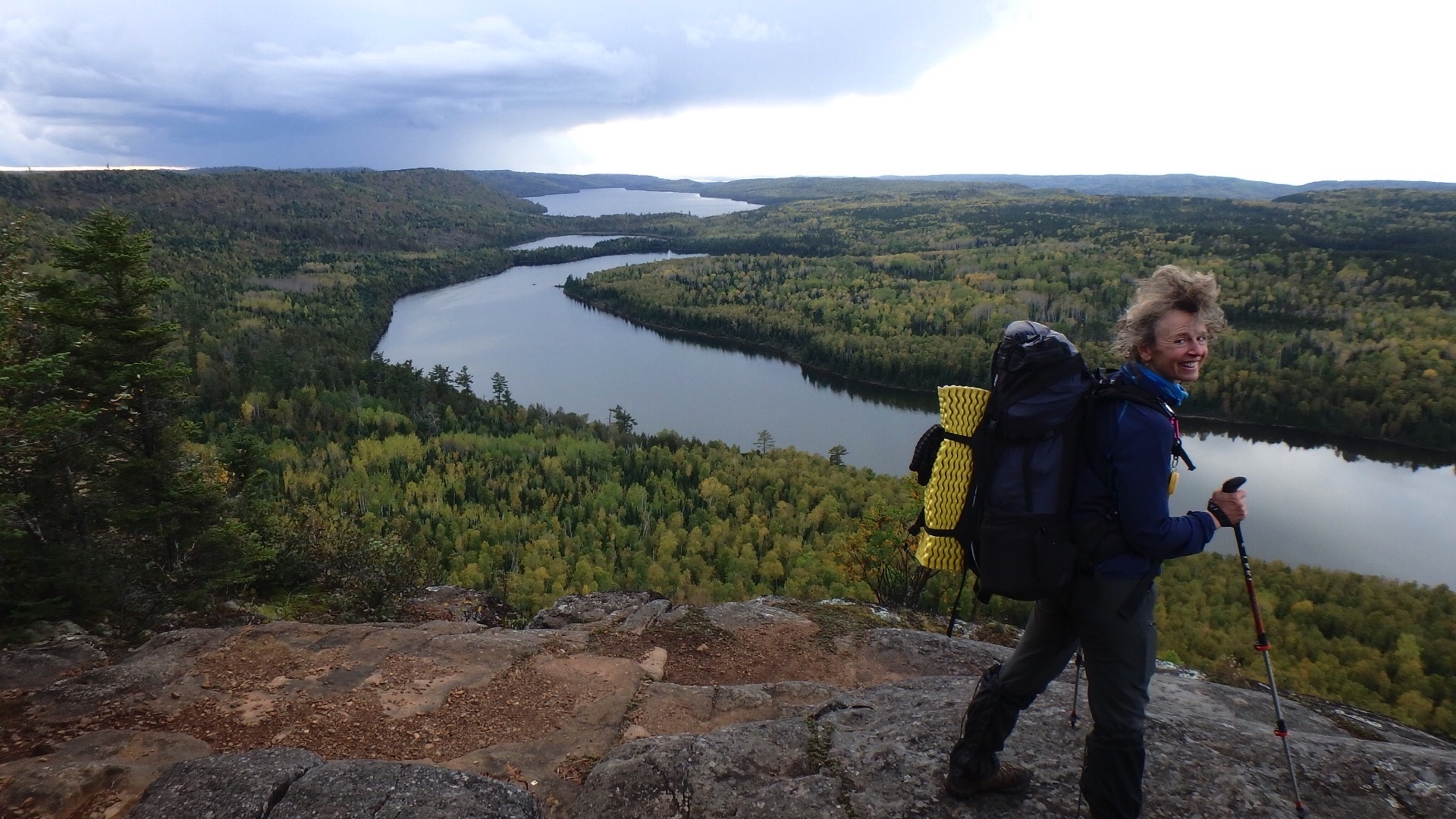 Backpacking trips in the Upper Midwest: the Border Route Trail.

A section of the North Country Trail, Minnesota’s Border Route Trail is a remote end-to-end footpath joining the Superior Hiking Trail and The Kekekabic. It’s accessed from the Gunflint Trail (a road) north of Grand Marais, Minnesota.

Heading west, you’ll pass through the lush beauty of the Superior National Forest and into the Boundary Waters Canoe Area Wilderness, then climb up dramatic basalt cliffs, surveying some of the largest lakes in the region, ones used as super highways by both Native Americans and the Voyageurs.

While getting there and back can be a challenge – especially to the eastern terminus, an hour’s drive up a bumpy, pot-holed dirt road from Grand Marais, Minnesota – the spectacular views, pristine lakes and waterfalls, invigorating fresh balsam, and yodeling loons and howling wolves make this a rewarding, if short, backpack adventure.

However, you must be prepared for tiring ups and downs on repeat and lots of overgrown trail that can make navigation difficult. The trail is often muddy in early summer with swarms of biting blackflies and mosquitos. Fall, of course, is spectacular in the North Woods, though days are short with frosty nights.

READ NEXT – How to Hike the Border Route Trail 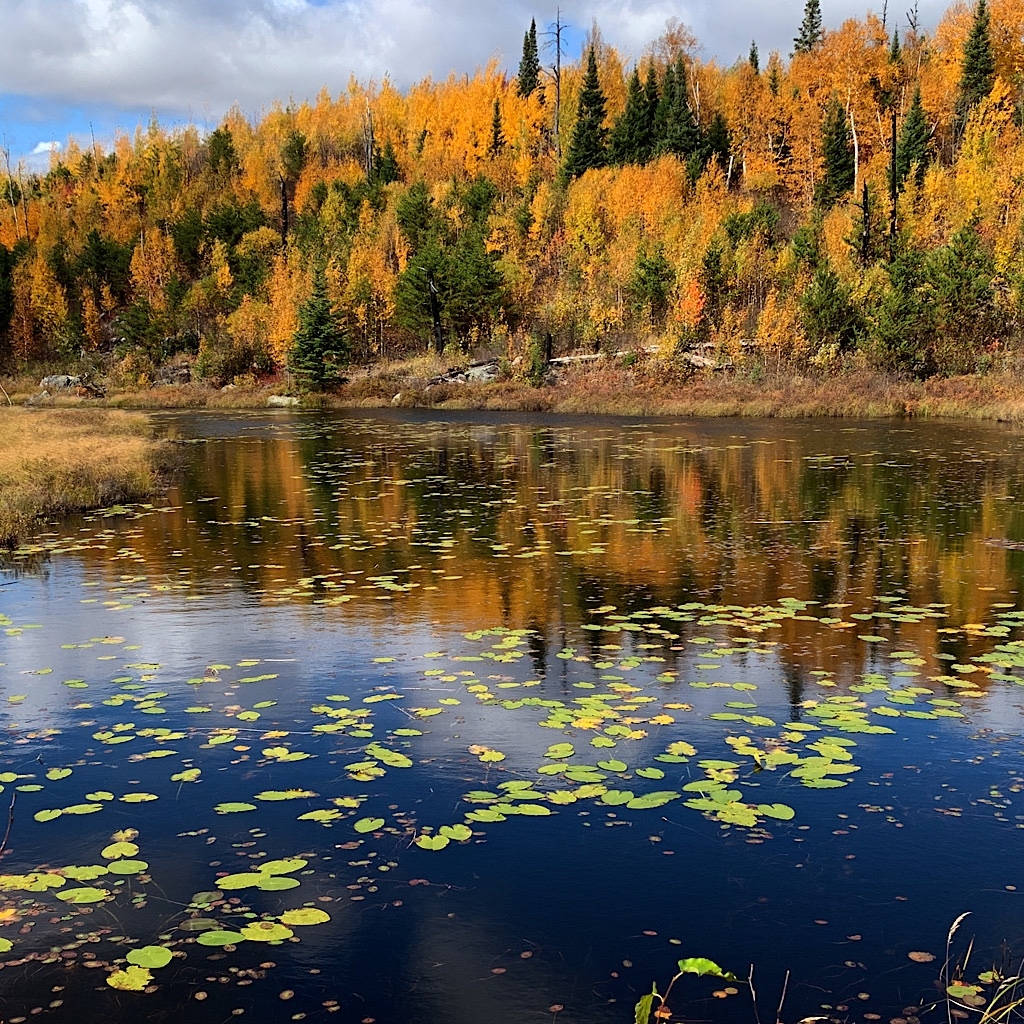 Backpacking trips in the Upper Midwest: the Kekekabic Trail.

Affectionately known as “The Kek,” this short section of the North Country Trail is a continuation of the Border Route from the Gunflint Trail to Snowbank Lake near Ely, Minnesota. While it’s a fairly easy walk with far less elevation gain, it’s isolated and difficult to access since it’s located nearly entirely within the motor-restricted Boundary Water Canoe Area Wilderness. A shuttle between trailheads takes about four hours; the western terminus is a 23-mile drive on forest roads to the nearest town.

That being said, there is nothing quite like the quiet remove and stillness on the Kek, where you’ll go for days without seeing a soul and feel as if back in time walking through a wild landscape of forest and lakes. Several fires and a huge windstorm damaged the region, though crews have cleared most of the blowdown and the burn area is rejuvenating. Still, be prepared to get “kekked” (lose the trail), climb along a beaver dam or two, and bushwhack at times. 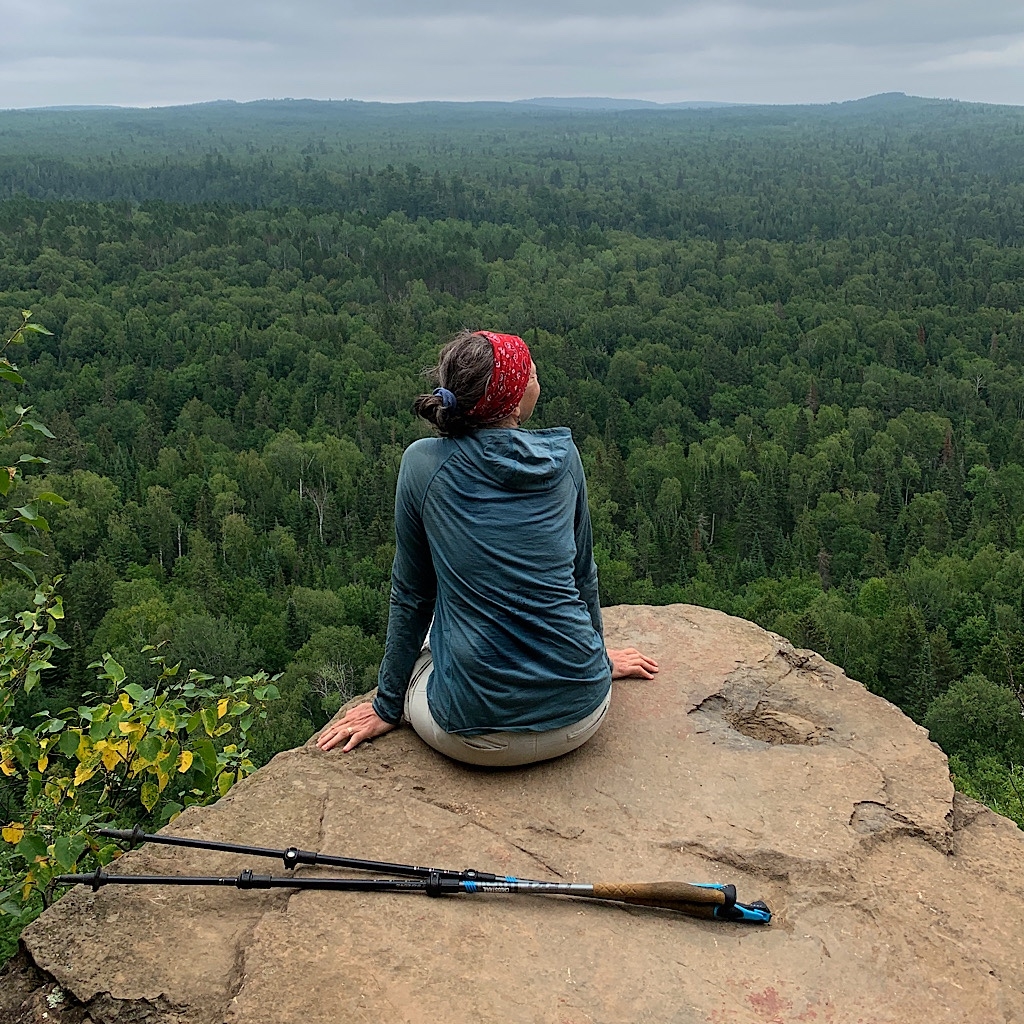 Backpacking trips in the Upper Midwest: the Superior Hiking Trail.

The Superior Hiking Trail is the premier thru-hike of the Upper Midwest following Lake Superior up Minnesota’s North Shore from Wisconsin to Canada for 310 miles. It has a little of everything – inland lakes, stupendous waterfalls, beaver ponds, and streams; piney and hardwood forests, plus steep rocky ridges and a pebbly beach walk.

Because it’s so accessible, it’s fairly simple to break the trail into sections, create a loop, or simply take a day hike. More on this amazing thru-hike, section-by-section is here. 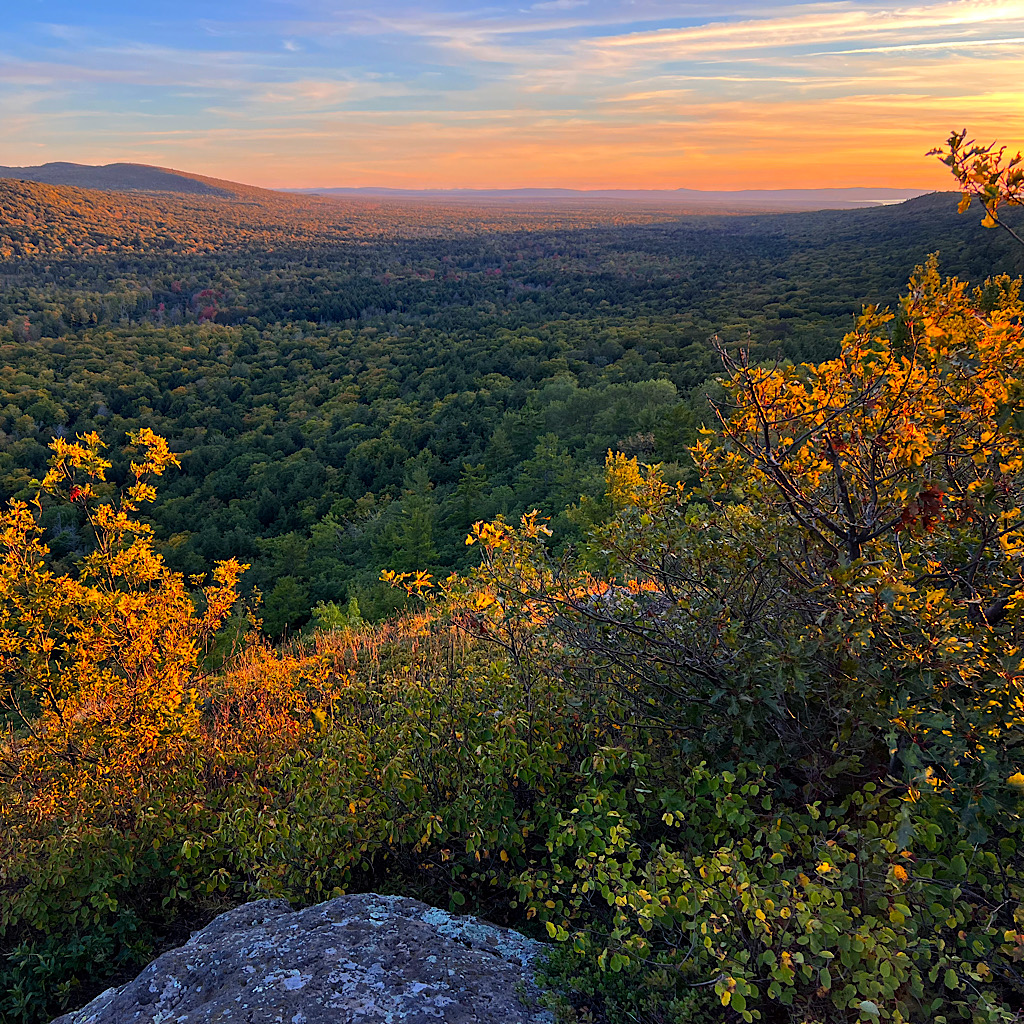 Backpacking trips in the Upper Midwest: the Porcupine Mountains.

The “Porkies” were named by the Native Americans presumably because the long spine of basalt escarpment shooting up from Lake Superior looks a bit like the hump of an animal. While the North Country Trail passes through the park for 23 miles, it misses some of the highlights. You’d be better off creating your own loop.

The original reason to preserve this wilderness was to create a “forest museum” made up of the largest remaining stand of primary hemlock in the Great Lakes. The feeling is primeval, especially when following the myriad silvery falls and cascades on volcanic andesite along the Big and Little Carp Rivers.

The most impressive views are indeed from the escarpment, where you’ll travel high above the shallow inland Lake of the Clouds. Note here: that means there’s no water for nine miles along the escarpment.

The walking is fairly easy on good tread, but the reservation system can be frustrating (and expensive), requiring you to know exactly where and when you want to camp. It also comes with a complicated cancellation/refund policy, so you’ll want to be certain of your choices before pressing ‘confirm.’

That being said, the sites are really nice with fire rings and, in some cases, bear poles, though no privies. Even though this is a popular destination, you’ll find a lot of peace and likely fall asleep to the howl of wolves, the hoot of owls, and many slaps from a beaver.

I highly recommend a 40-mile loop beginning at the Government Peak Trailhead and walking counterclockwise along the escarpment to join the Big Carp River, the Lake Superior Shore, and the Little Carp River – where you’ll take a spur to Summit Peak Observation Tower, the highest point in the park – then up to Mirror Lake and over Government Peak. 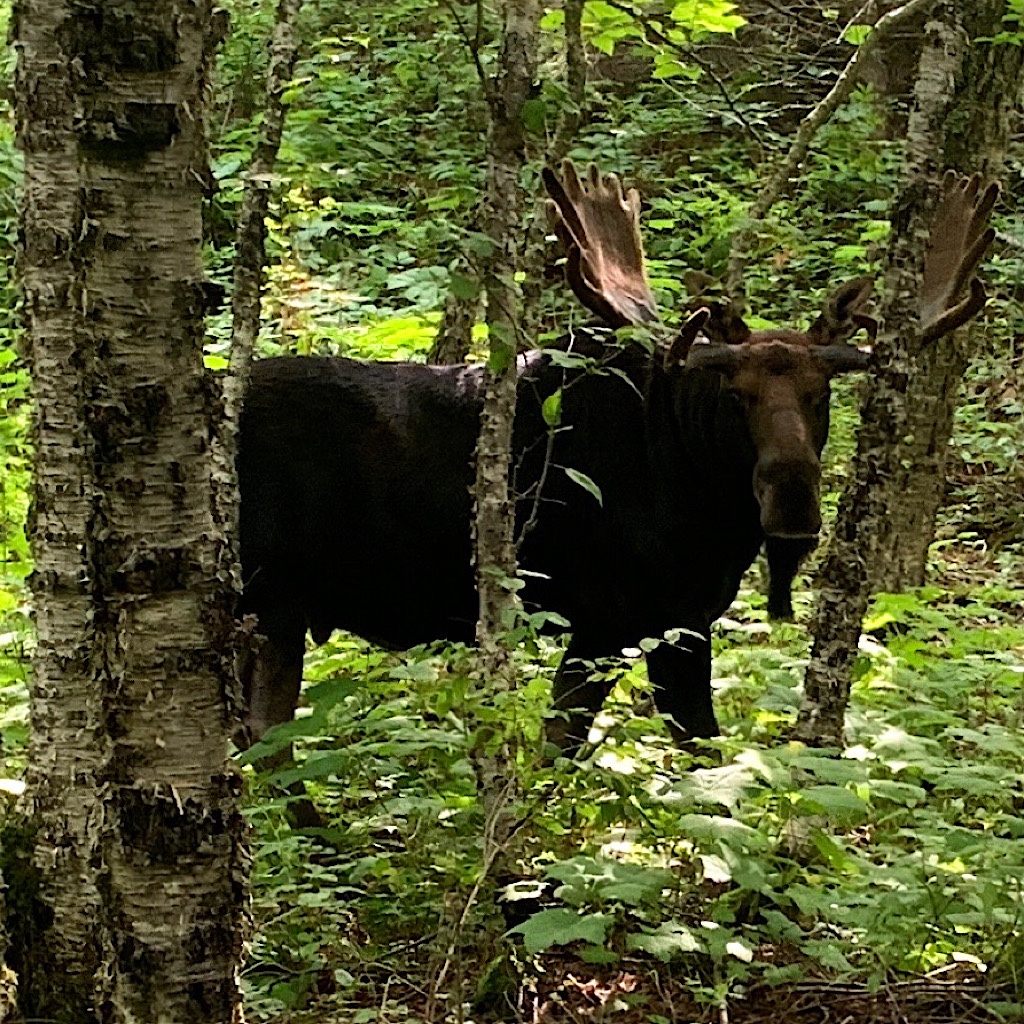 Located in northern Lake Superior, 45-mile-long Isle Royale is the least visited national park and one of the most remote developed hiking locations in the United States. That’s likely because it’s not easy to get to. Travel starts on Michigan’s Keweenaw Peninsula or Minnesota’s North Shore, followed by up to six hours on a seaplane or ferry. But once you arrive, it’s to a wilderness like no other.

There are no roads beyond the tiny resort areas of Windigo on the southwest side or Rock Harbor to the northeast. While there are a few cabins and restaurants, the island is primarily a destination for boaters and backpackers.

As far as fauna, no one knows exactly how moose got to the island in the early 1900s. Did they swim, or did hunters bring them over as game? Soon after the moose arrived, wolves followed, and their intricate relationship has been studied with fascination for over 50 years. There is little to no migration and only minor human impact on the island since the park closes in winter and the interior is accessible only by foot. As a result, this is one of the longest and most unique predator-prey studies anywhere.

For us, this means an almost guaranteed sighting of moose and at least being able to hear the wolves. Loons, otters, mink, and beaver – though surprisingly not deer or bear – make Isle Royale their home, but you’ll still need to protect your food from the wily and opportunistic red foxes.

While the forest and inland region is similar to the other hikes I’ve described, Isle Royale has the bonus feature of being surrounded by Lake Superior and her many moods, which you’ll encounter each day from different angles.

Note that, as of this writing, two inland lakes – Richie and Chickenbone – are experiencing an algae bloom. The water is not potable even after filtering or boiling.