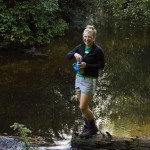 5 Ways to Inspire a New Generation of Stewards

There has been a lot of attention given to the practice of Leave No Trace on the trail, and I think there is one aspect that has been overlooked: teaching the ideas to the next generation.

Now obviously there are not too many kids pushing through the difficulty of a thru hike on the AT, or any other long distance backpacking adventure, but that doesn’t mean that they aren’t or shouldn’t be getting an opportunity to experience sections of the AT. Being a not-yet through hiker whose love of the trail was inspired at a young age from exposure to Leave No Trace principles and respectful ideology, I think that many ideas became so deeply embedded into my relationship to the outdoors, I can’t separate the two.

That being said, I truly believe that through encouraging the next generate to venerate wilderness with the ideas many in the hiker community share, we may avoid the trouble that both thru hikers and weekend warriors alike are to be held accountable for.

Having worked for a camp that routinely engages with areas close to the AT, I can honestly say that I personally saw the full spectrum of groups and their impact, or sometimes, thankfully, lack thereof. It came down to some pretty simple steps that helped inspire these young-ins to enjoy this wild world around them.

For those of you who are parents, grandparents, aunts, uncles, having younger siblings, occasionally babysits or nannies, etc. etc. I want this post to serve as a reminder that preserving the trail starts with not only your actions, but your influence.

Here are some tips for teaching the kids in your life how to become stewards to the trail so the message is passed on in a meaningful way.

Sometimes you have to put down the smart phone, step away from the ipad, and turn off the X-Box. When I was a kid I grew up walking along the Milwaukee River Trails, exploring different pieces of the Grayson Highlands in the summer, and balancing those activities with Mario Cart, Harry Potter, and Neopets (anyone else remember this site?!). 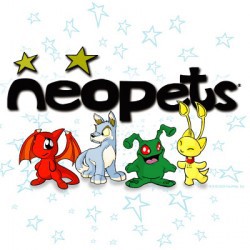 Anyways, I think that the key to getting the next generation on board and helping to inspire stewards, is getting them engaged with the wilderness we have left. So as tantalizing as another night watching Netflix or playing Halo may sound, if we want to save trails, wilderness areas, and national forests, we need to take responsibility and instigate the change.

Get kids out. The first step in getting them to care. It isn’t impossible to instill a love of the outdoors later in life, but it is so much easier to make LNT and other practices a part of this experience if they learn it while they’re still young.
2. Start Small

“Oh my god! Kill it! Kill it!” This was the continued screaming I heard from my campers tents as we settled in for our first night camping out. Spiders, months, crickets, are all obvious visitors to the inside of tents, but to many kids at camp, this merely set the battleground for their swatting slaughter to begin. 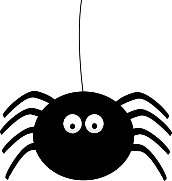 Although this starts as innocent bug killing, I usually asked kids why they chose to kill the critters instead of moving them to the outside of the tent. Aside from “they’re scary” I usually received confused looks. Many of the kiddos had never taken the time to consider that we were invading the bugs’ home. This simple “why” rippled into some pretty great conversations, considering the bulk of my audience was entering the 5th grade. Starting somewhere really helped to at least start the conversation, and in this case probably saved a daddy long legs or two.

(And for the kids who continued to kill the wildlife, like salamanders and butterflies, they went without desert for the week.)

If there is a way to make things fun and get kids interested, it is to make it a competition or a game. This strategy was one that especially helped with teaching about picking up trash.

At climb sites, we would supervise to make sure during snack time and lunch time the trash made it back to their bags, teaching the youngest of kiddos with us about packing out what their brought in.  But, then before leaving a designated site, we would instruct each camper to try and find a certain number of pieces of garbage in a certain amount of time. The first to complete the task got extra fruit snacks (of course). Filling a trash bag with over 20 some pieces of garbage that was both a combination of what the kids had missed and what others had left on the trail might not have made the largest impact, but it teaches them to double check what they left behind. I often would accompany this little game with a brief conversation about leaving places better than we found them, and even after the heightened excitement of sprinting around picking up trash as fast as possible, they still are able to understand the very important “why.”

4. Bring it to Their Level

What will your favorite park look like in the next 50 years?

How would you feel if your favorite animal became extinct?

Kids might not understand the grand scale of trail erosion, pollution, global warming, or any of those buzz words, but explain that their favorite grassy hill to roll down might not be accessible or grassy in just a few years. Kids are going to ask “Why?” They’ll want to know why they should care, why their actions matter, and how it will directly affect them. In an age of instant gratification, it makes sense that at a young age, their scope is small, if not somewhat self-centered. Just teach lessons with this scope in mind and you can make a stronger influence on how they care for the great outdoors. 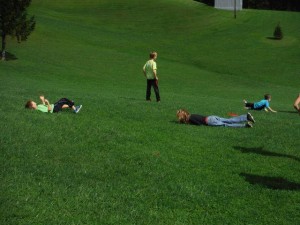 There were a lot of sad faces for boys and girls alike who were told that there would be points in their one or two weeks where that was the only option. So how were we going to ensure that they not only actually went number two, (you know for health reasons!) but also made sure they dug their cat hole?

Well we created a rating system to get each kid more open to talking about their experience, which made it more likely for them to not only complete the task at hand, but adhere to the guidelines we gave them. After an intro of how to use the trowel, dig the hole, and burn their toilet paper we taught them our famous 5 Star Poop Rating System:

✪  It was hard to find a good spot. The ground was impossible to dig into. There was no seat or tree to hold, just an awkward squatting position. It was raining, or worse there was lightning, or even fog, so you got lost on your way back. Pretty much the worst elements of an outdoor poop experience.

✪✪ You found a secluded spot, but the ground was still hard to dig up. The weather was OK. You had no view, no good seat, but could have been worse.

✪✪✪ Found a decent seat, the ground had a few pebbles. The spot was decent, but didn’t offer a great view. The sun was out, so you could at least light the TP without an issue.

✪✪✪✪ The ground was a little rocky. You found a seat, but it could have been better. The view was decent, and it was either sunny or partially cloudy. You saw a woodland creature, but he quickly scurried off.

✪✪✪✪✪ The ground was easy to shovel. You found a nice seat, maybe a mossy rock to balance on, and it gave you a beautiful view. The sun was shining and the sky was beautifully blue. You not only saw an animal, but it decided to also poo with you.

As kids came back, trowel in hand, they would be asked how many stars their poop experience was. This helped many get more comfortable, even excited about the prospect of a number two. It also was a great way to start the conversation about why they have to dig a hole. It was no surprise that kids would be more open to the idea once they got past all the giggles.

If you have kids in your life try these out. It is never too soon to start teaching LNT.

Anybody else work with kids in the outdoors? Have any additional advice to inspiring young stewards?

Born in raised in Milwaukee, WI, which I wholeheartedly blame for my obsession with Packer football and good beer, I moved to Colorado for school and they haven't kicked me out yet. I spent almost a month of my summer from 10 years old to 15 at an Adventure Camp on the North Carolina / Virginia border, which inspired my love of backpacking. When I returned there last summer to work as a counselor, I was reconnected to the wilderness I had grown to love as kid. In addition to the outdoors, I enjoy writing and photography. I'm also the messiest popcorn eater you'll ever meet, can quote entire Disney movies without much effort, and am part of the 1% of the human population that can lick my elbow. The only other person I've ever met who could execute this feat is my boyfriend. I'm so excited to be working as the marketing intern for App Trials and reconnect to the trail anyway I can!