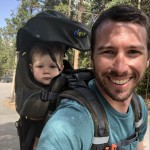 Are the Triple Crown Trails Getting Some Much Needed Recovery? It’s Complicated.

Every year, millions of people step onto the country’s long-distance trails, but this year many sections of the AT, PCT, and CDT remain dormant. The disappointing start to the 2020 hiking season because of the pandemic has kept people home, parks closed, and many with canceled plans. While a small number of hikers have continued their attempted thru-hikes, overall most people seem to be avoiding the trail.

So how is this impacting the trails that attract thousands of thru-hikers and millions of visitors a year? And are there some positives to give these popular trails some relief? Like the news stories that turned into cheesy memes, is “nature healing?”

The Trek spoke with the organizations associated with the long trails about COVID-19’s impact and what it means for hikers. Overall, not much is known about the current status of the physical trail of the CDT, PCT, and AT, with both officials and volunteers remaining off trail, but we do know each trail demonstrates its own challenges moving forward. 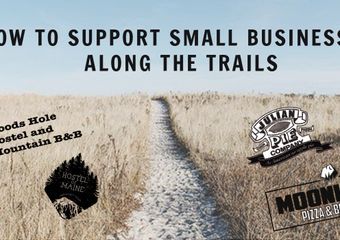 How to Support Small Businesses on the AT, PCT, and CDTHere at The Trek, we've been working on finding a way to support our small-town communities and businesses that depend on the annual influx of hikers. Below we've linked several different businesses from our trails that can provide gift cards…Read More 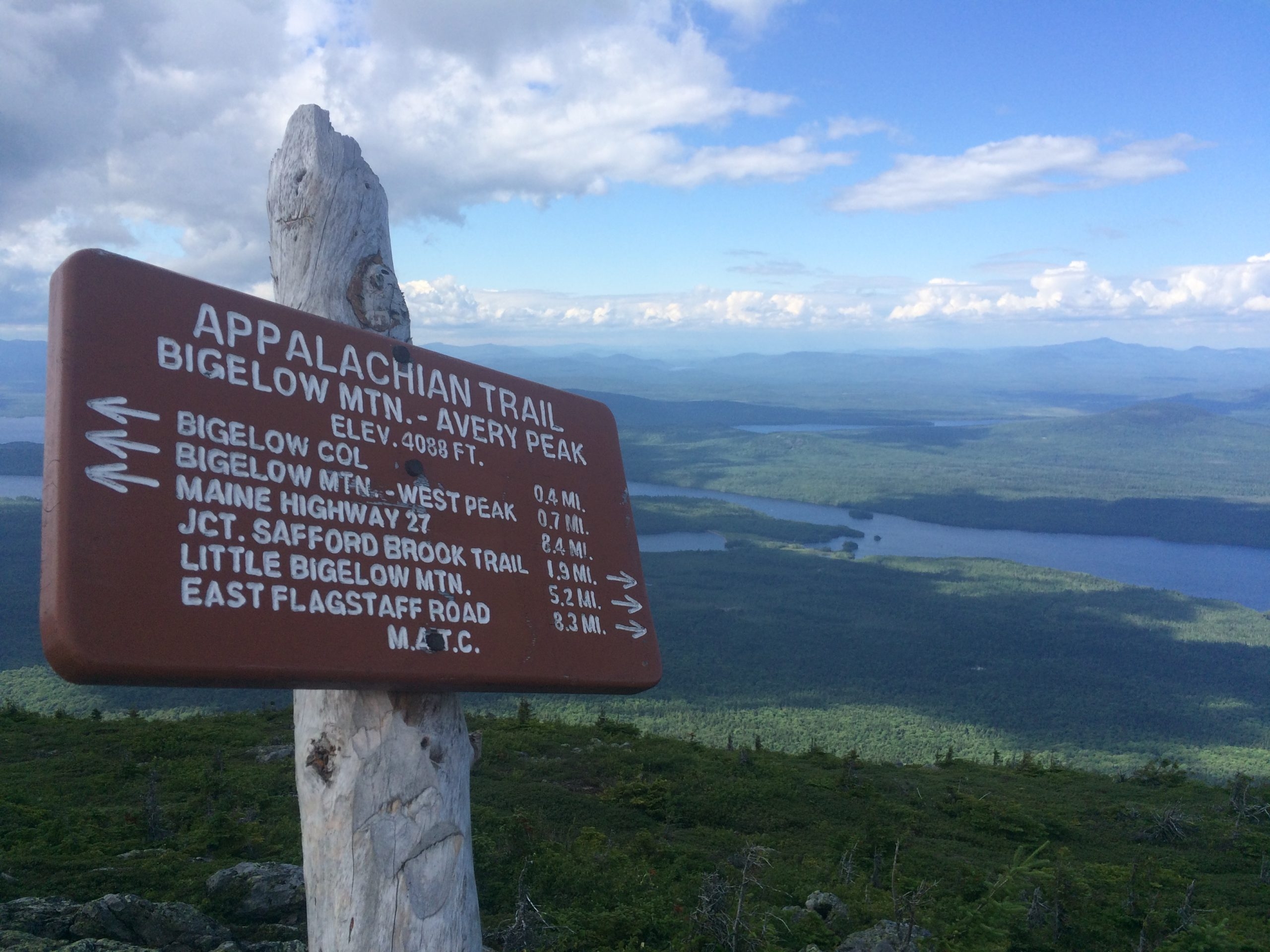 The Appalachian Trail Conservancy says they have no way of knowing how many people remained on trail after requesting hikers stay off earlier this year, but compared to the thousands who attempt a thru-hike every year, they believe there’s just a few hundred still making their way up the eastern states.

“We have received some reports that Trail usage has gone down in some ways, potentially for several reasons: closures, stay-at-home orders or restrictions affecting the AT in all 14 states, general concern for spreading or contracting the virus, and ATC’s request for hikers to stay off the Trail,” says ATC Director of Communications Jordan Bowman.

Bowman says there have been a few issues and says trail-club volunteers have seen an increase in trash and people in popular trail areas. Some of those areas may need additional maintenance help from volunteers late this year. However, for the most part, some sections of the trail are benefiting.

“Having fewer people on the trail and overnight sites has reduced wear and tear on the Trail to a degree, especially campsites and privies. There have been fewer injuries, rescues, and illnesses. We have fewer incidents of crime, but unfortunately some vandalism has occurred, and in some areas, we have seen illegal or inappropriate use of the trail or shelters,” says Bowman. “One positive aspect of hikers staying away is that illegal campsites or areas that have seen overuse and are blocked off for re-vegetation.”

Bowman is quick to point out that the closures from the ATC were not aimed at allowing the trail to regrow, but to deal with social distancing. They also say that the National Park System asked trail volunteers to stay off trail as well, so there were concerns by the organization that too many hikers and no one caring for the 2,200-mile path would lead to extensive damage of the trail.

On top of that, classes and educational events that push Leave No Trace and other backpacking skills have also been canceled.

By now, more than 3,000 people would usually be on the AT heading north and another round of hikers preparing to flip flop. Instead, they’re seeing a lot of day hikers near major metro areas like New York City and Washington, DC. Even as some states reopen, there are concerns that these crowds will not be able to effectively keep their distance from other hikers, but ATC officials say they have not run into too many issues so far. 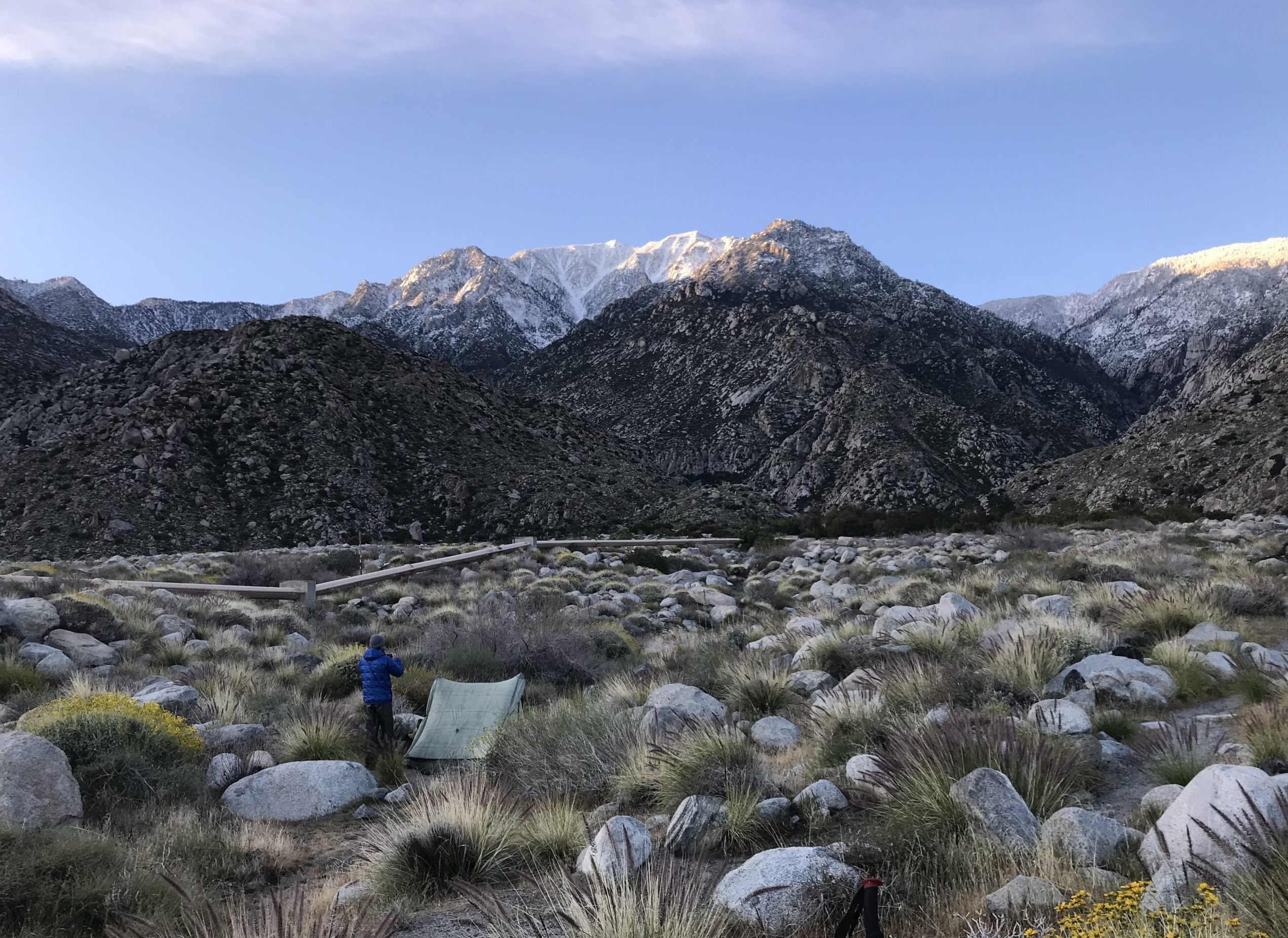 “Based on self-reporting thru-hikers on Facebook, we estimate there are at least roughly 150 people on the trail currently, which is dramatically lower than how many would be on trail by now in a normal year,” says Scott Wilkinson, the PCTA’s director of communications and marketing. “However, it’s early in the season and there aren’t agency or PCTA staff or PCTA volunteers (trailhead hosts) in the field to document use.”

On average, the PCT issues more than 5,000 thru-hiking permits. The majority of them are people heading north, with most of them beginning their hike around the last week of March through the first week or so into May.

Even now, a lot of the PCT remains snow covered, but Wilkinson says the break the trail has seen so far may give some relief to popular camping spots and there could be more vegetation growing in Southern California. However, with strict shelter at home rules in places like California, Oregon, and Washington, the PCTA says their members have not been able to check on the trail to see how trafficked it gets on a daily basis or to see if there’s damage in any areas.

“The lack of maintenance, thus far, may result in a heavier trail maintenance season next year,” says Wilkinson. “But again—we just won’t know until stay-at-home orders are lifted and it’s safe for volunteers to get back on the trail to assess its condition.”

Wilkinson says that for now, the PCTA is looking toward the future and wants hikers to keep something in mind for next year: “We’ve noticed an underlying assumption that next year’s hiking season will be ‘normal,’ however, at this point, we can’t be 100% certain of that. As the nation continues to grapple with the COVID-19 pandemic and the associated economic fallout, most experts suggest that repeated waves of social distancing may be required well into 2021.” 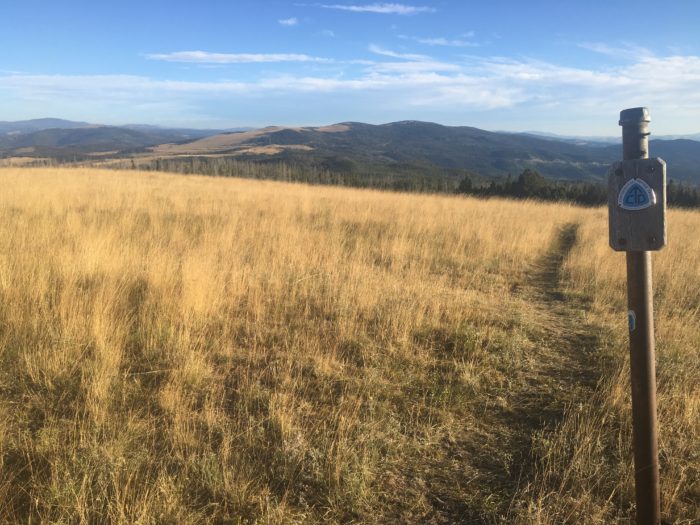 Unlike the other two trails, the CDT avoids most major metro areas and it’s still early in the season for the trail that follows the Rocky Mountains.

The Continental Divide Trail Coalition says they think numbers are down significantly, with almost anyone attempting the trail currently hiking through New Mexico.

“Our Southern Terminus Shuttle took several hundred folks to the Southern Terminus last year during this time, but it hasn’t been running and neither has the Crazy Cook shuttle, and anecdotally from Facebook and Instagram it appears there are some individuals, but not many, who made their way to the terminus some other way,” says Amanda Wheelock, the communications manager for the CDTC.

Currently, it’s difficult for the CDTC to comment on day usage, however they do cite reports of New Mexico seeing a spike in people using public lands to get outside for day hikes and other short trips.

With snow still covering a lot of the CDT, lack of trail work has not been a significant issue.

“Thankfully, because most of our trail work season is later in the year, as of now we still anticipate being able to get a good amount of work done on the trail,” says Wheelock. “And (we) are currently developing guidelines to help CDTC Trail Adopters stay safe once they can/do start volunteering again.”

Some parts of the CDT are remote enough that they almost never see day hikers or even weekend backpackers. The CDTC does have some concerns for possible overgrowth in areas like Montana, but say it’s still too early to know whether they will see a large number of southbound hikers or section hikers later this year once more restrictions are loosened.

“If it were to become a problem, overgrowth is relatively easy to deal with, and we have great volunteers and great partners like the Montana Wilderness Association who work to keep the CDT in shape,” says Wheelock. “It certainly wouldn’t be nearly as much of an issue as, for example, the huge number of blowdowns we saw in Colorado in 2019 due to the record avalanches.”

Like the PCTA and ATC, the CDTC says they’re also keeping an eye on how the shutdown and current economy could impact their organization. While for some, fewer hikers sounds like it could turn into fewer donations, CDTC officials say they benefit from a worldwide community of individuals who donate both funding and resources.