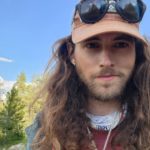 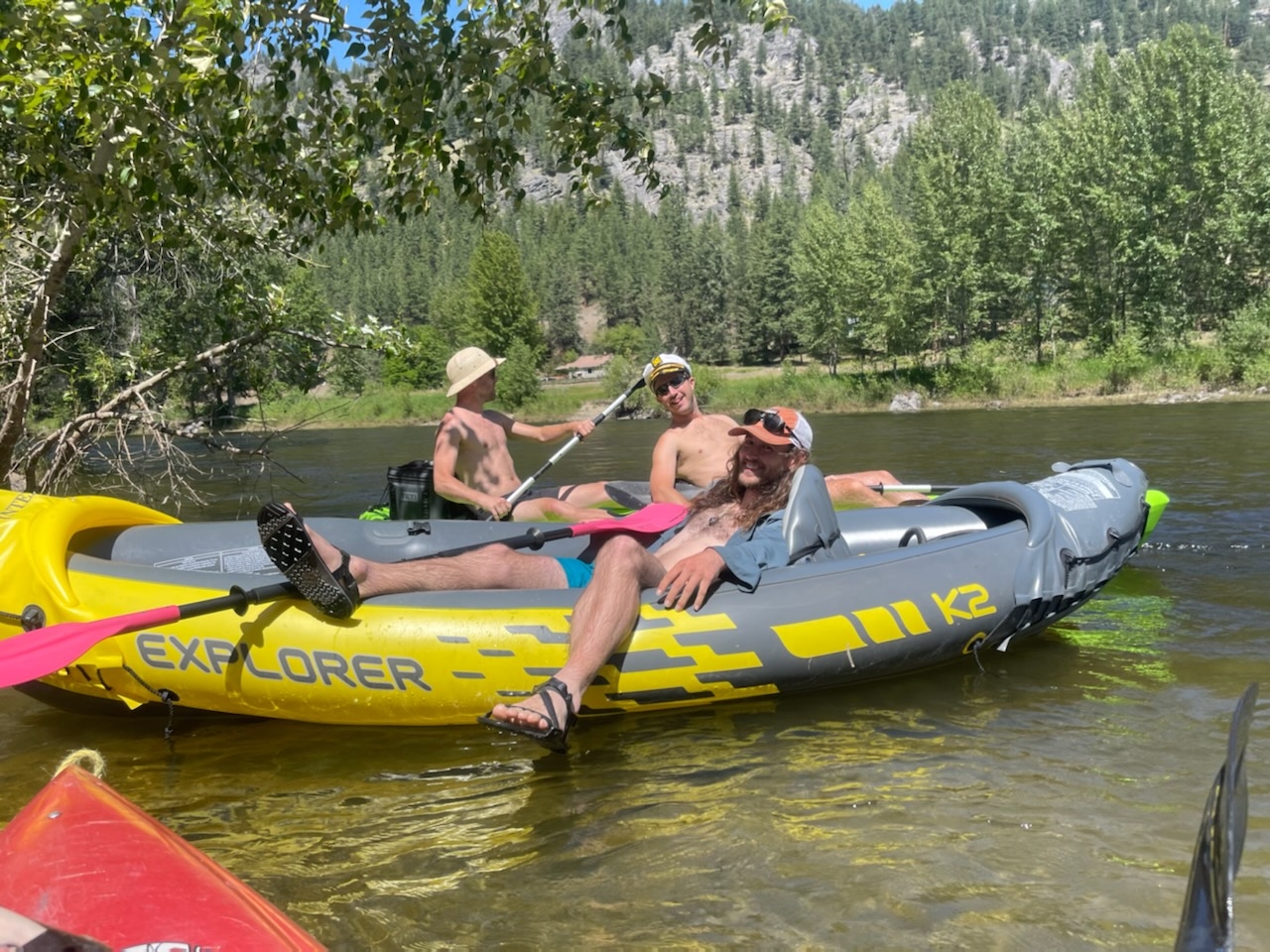 Just the gang, hanging on the river.

I wandered in and out of the brewery, puttering about the town. For awhile I lay on my back in the park, staring up at the sky, as a pudgy, tattooed, shirtless twenty-something year old, with his ass crack hanging out of his basketball shorts, smoked cigarettes and sold drugs to the local teenagers in the pavilion nearby. A local walked across the green from his house, heading up the low hill to the main street. The young drug dealer smiled goofily and waved at the other man, who quite pointedly looked back and continued walking. The drug dealer then shook his head and laughed to himself, wandering off out of the park.

The park seemed an odd place to be, I as much a vagrant presence to anyone watching as the chubby delinquent. I made my way to a bench just off the main street and scrolled social media on my phone, waiting for a call or text that let me know that my friends were around. As it turns out they were at a wedding and would not be back for a couple hours. When they eventually got back to me, I returned to the brewery, feeling rather awkward, as I had been in and out a few times. Once to see if Jhett was working, again a little later after getting food, so as to charge my phone and have a beer, then again later because there was fuck all to do while I waited. All the while the occupants of the brewery had not changed, the place being a central dwelling spot; the heart of the community, as it were.

Mike, Chad, the other Mike, Artie, and a new friend by the name of Rusty, all came to join me. We had a few drinks between us, and I was eventually invited back to stay with Artie and Mike. Mike and Chad happened to have their Airbnb rented out for the weekend and though they would have been happy to have me on the couch, Artie and Mike had a guest room I could stay in in their basement.

Back at Artie and Mike’s, I was introduced to their two cats, Opie and Willow. Opie was a fluffy Maine Coon that loved pets, and Willow was the opposite, though she slept nestled between my legs both nights of my stay, until I would unceremoniously toss her off by rolling over in the middle of the night. It made me miss my friend Emilie’s cat Mattie, who slept with me in the same manner when I was living in Flagstaff at the end of 2021. Man, I loved that cat.

We woke relatively early the next day for our float on the Kettle River. Some thirty people were meeting us at the put in spot; all friends, or friends of friends of the brewery. It was quite a crowd with all their different assortments of rafts, kayaks, canoes, and inner tubes. We spread ourselves thin on the initial push out from the shore. Eventually, everyone pulled into smaller groups that mixed with each other intermittently. Thus, the drinking began, and general merry making occurred.

We spent several hours floating down the river at our leisure, meandering towards the take out spot some of the locals roguishly called “Crack Alley Cove”. The stretch through the mountains did not disappoint, the area being one of my favorites from my hike, though each geographical section is hard to rank in terms of beauty. The highlight of the float had to have been the old man mowing his lawn in the nude, riding around on his sit-down mower, basking in the warm rays of the sun. He gave us all a friendly wave as we cruised by. With his beautifully modern log cabin above the river, smack dab in the middle of the northeastern Washington mountains, I saw in the naked old man something to aspire to.

I had a lot of good conversations throughout the day, and met lots of new peoples, if only for a moment. Several of the people I met were the women I had passed on trail several days before. A week or two later I got a shoutout on Instagram from some trail friends I met on the CDT in Pagosa Springs, Colorado. One of the women who I met while floating happened to stay with them all the way on the east coast and the mutual association came up in conversation. The hiker community is tiny.

We returned to town and headed for dinner at the Knotty Pine Restaurant and Lounge. Mistakes had been made. Chad had lent me a bathing suit with a tiny inseam and my thighs were smarting from the sun burn. That would go on to be a lingering annoyance for the next few weeks.

At the Knotty Pine, more drinks were had, a couple Blue Moons, and one or maybe two gin and tonics. We were having fun.

I went back to Mike and Chad’s to hangout for a little longer before they took me over to Mike and Artie’s for the night. That would be the last time I saw Mike and Chad, and I was loathe to say goodbye. I really loved the two of them. We were talking later, and they said that they did not really get to interact with any more hikers after I left. I told them that was okay, every gay couple needed their hiker like every wizard needed a hobbit.

When I returned to Mike and Artie’s, Artie made sure I knew about their hiker logbook and insisted on me signing it. The book consisted of a binder of hole punched topo maps that each hiker that had stayed with them had written a thank you letter on. Artie told me that the tradition was started by people who were getting rid of their maps from the last section, recycling them as scrap paper to write notes of gratitude. We went through and found a message from my friend Molly Molly, who had hiked several years before, and stopped in. According to Molly Molly, Mike and Artie weren’t even there, they just gave Molly Molly and her trail family free reign of the house.

The next morning, I awoke, and Mike gave me a ride back up Highway Twenty West to where I had gotten off. When he drove off, I immediately turned on my audiobook, the end of book three of the “A Memory of Earth” series. The next two days would see me crushing sixty-three miles and getting into Oroville, Washington by the second night. I fricking cruised. The break in Republic had been much needed and my only regret was that I did not get more opportunities to relax like that on this hike.

Jack Tracy (25) is a thru-hiker blogging for TheTrek. They have completed well in excess of 11k miles along the AT, PCT, CDT, HDT, MST, FT, and most recently, the PNT. Their few joys in life are derived from science/fantasy fiction and walking really far for no discernable reason. They believe that everyone has adventure in their hearts, and want to share their own journeys in hope of inspiring others to live the lives they want to live; no putting off dreams for tomorrow.