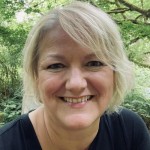 Fifty or so years ago, to bring water to the kitchen building and the men’s and women’s shower houses, water pipes were run underground at the Konnarock Appalachian Trail Volunteer Camp in southwestern Virginia.

On a late winter or early spring day maybe twenty years or so after those pipes were run, a nearby Platanus occidentalis dropped its little ping pong ball sized seed pods.

The American Sycamore is one of the fastest growing North American shade trees, and in less time than you might think (Sycamores grow 3-6 feet a year!), the seed pods had germinated and grown into strong, beautiful trees.

The root system of a sycamore is among the most resilient and hardy of all trees. They spread quickly, and most of the roots—up to 90%—grow no deeper than 2 feet below the ground’s surface.

This means Sycamore roots can be destructive to nearby structures like sidewalks, building foundations, and . . .water pipes.

For a couple of decades this particular tree’s roots, tapping into the abundant water source below, grew robustly.

One branch of the root system stretched out below the existing water pipe.

As it grew, the root began to press up on the pipe. Slowly (by human standards, anyway—what is time to a tree?), the pressure from the root began to bend the water pipe above it because, if we’re being honest, a tree will always have its own way.

Decades later, in the wee hours of the morning, the pressure on the pipe reached its tipping point, and the pipe broke.

This caused the water to go out at the Konnarock camp.

One of the crew leaders, Austin (a wonderful young man of many talents), dug up the ground around the broken pipe and repaired the leak.

It was a frustrating day for our man, Austin. No sooner had he restored the water, than a nearby tree trimming crew blew a transformer and the camp went dark.

Having had his fill for the day, Austin decided to take his motorcycle for a ride to relieve some of the stress from the day.

And that’s how a tree got me home to see my family.

Stay with me, here.

One of my favorite former students, Rebecca, is the daughter of a man named Rich. Rich is the camp volunteer coordinator for the Konnarock Appalachian Trail Crew in Southwestern Virginia.

When Rebecca told her dad I would be hiking the Appalachian Trail this year, he reached out to me and offered to pick me up and help me out while I was hiking through Virginia. We always need rides and resupplies and showers and such.

I enthusiastically took him up on his offer of a hot shower and a mattress when I got to his neck of the woods.

Rich went above and beyond, taking me shopping for new boots, running me all over creation getting my resupply, and even taking me to see the new Top Gun movie on my “zero” day.

During one of our conversations on that day, Rich mentioned he’d be leaving in a few days, driving the ten hours home for two days for a family reunion. We live near each other back home, so he offered to save me some postage by taking my box of extra items to my house on his way. You’ll never meet a more thoughtful guy.

I said goodbye to Rich and Konnarock and headed back into the woods.

But homesickness was eating away at me. If you knew my family, you’d understand. They’re pretty great. Plus, it had been over two months since I’d seen my kids or my grandkids—the longest separation of our lives.

I struggled to cover more than eight miles that day, and struggled harder to get out of the tent the following morning. It was noon before I left my little camp on Wednesday. I just wasn’t feeling it–couldn’t find my motivation.

As I swung my pack over my shoulder and slid my arm through the strap to start the day, I froze as it suddenly dawned on me: duh.

He could take me with him!

And he’d be returning in just a couple of days, so I could be back on the trail by Monday.

And I could see my family for a day.

I was beyond excited at the prospect of familial hugs.

The problem, though, was getting hold of Rich before he left. I was in an area with no cell service, so I hiked out to Dickie’s Gap—a short tenth of a mile from where I’d landed the night before—to try and text him using my Garmin inReach. But, no luck. The blown transformer at camp meant no Wi-Fi and therefore no one at camp could receive any texts.

I sat on a rock there at the gap, dejected, and said aloud, “Well, I guess it’s not meant to be.” I’ve come to trust the Universe and the Trail and was ready to accept I wouldn’t be heading home. It all happens for a reason out here.

But then I looked up, and what do you suppose I saw?

Austin’s head-clearing ride took him past Dickie Gap at the exact time I was sitting there—after I had dragged myself out of my tent at noon, and then hiked to that spot to try and text Rich. Austin recognized me on the side of the road, and came over to say hello and see if I needed anything.

Did I need anything?

We took a look at the map and chose a convenient spot for Rich to pick me up that evening, and he relayed the message when he returned to camp.

What resulted was a super fun (no irony there–it really was great fun) ten hour road trip and a grand surprise for my family.

To recap (in the style of cookies given to mice):

You know trees help each other, right? At least in established forests, they do. They connect their roots to one another underground. They manufacture and spread chemicals through their leaves that communicate needs and threats and even call insects to come and help the trees when they need it.  They share their resources with one another.

Below our feet in the forest is a highly complex neural network of roots branching out, intertwining, connecting. Through these connections, a forest communicates–it thrives.

On the Appalachian Trail, it turns out human connections can do the same for humans.

Hi! My trail name is Tree Hugger, and I’m thru-hiking the AT after a 32 year wait. I first learned about the AT during Spring Break of my Sophomore year in college. My college sweetheart and I spent a week in the Smokies, and we ran across some hitchhiking thru-hikers. That’s when I learned about the trail and determined to someday complete it. Well, life intervened, and my path veered away from the trail for some time. I married and raised three amazing kids, but never stopped dreaming about completing the AT. I started backpacking again once the kids were grown, and got into the best shape of my life with the help of a personal trainer and a lot of hard work. Then, in November of 2018, I took a bad fall while night hiking up to a remote spot in the Hoosier National Forest. I suffered multiple physical injuries, including a pretty nasty TBI that required almost three full years to recover from. But with the great support of my friends and family, a team of medical professionals (particularly one extraordinary functional neurologist), I regained enough cognitive ability and balance to backpack again. I entreated my superintendent (I’m a high school teacher) to grant me a Leave of Absence to hike the AT while I’m still able (who knows what the future holds?), and my request was granted. I spend all year teaching my students to “seize the day,” to reach for their biggest goals, and to live out their dreams. It was time to practice what I preach, and so here I am on the AT. It really is a dream come true for me. It’s been difficult and challenging and uncomfortable, and really, what more could anyone ask for?