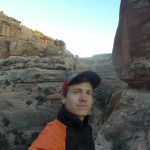 “Adventure Lives At Home:” Exploring Our Home State on the Arizona Trail [Video]

The 800-mile Arizona Trail (AZT) traverses seven of the planet’s eight ecosystems. Passing through everything except tropical rain forests, the AZT is one of the most ecologically diverse trails in the world. The Southern Terminus stands on the Mexico border, while the Northern Terminus stands at the Utah state line. The elevation of the trail varies from 1,700 feet to 9,148 feet, stretching across deserts, mountains and canyons. 24-year old Arizona native Bryce Brooks, recently had the opportunity to see Arizona through this lens.

Adventure Lives At Home is an 18-minute film that explores the question: Can you have an epic, life-changing adventure right in your own backyard?

A 2014 car accident left Brooks with insurance money in the bank and a newfound desire to explore his limitations. He considered globe-spanning adventures, half-year thru-hikes, and dreamt about the most far-off locations a plane ticket could buy. Finally his aspirations circled back to his home state and the 800-mile Arizona Trail. He asked me to join him, and that’s where the idea for this film was born.

Many backpackers remove themselves entirely from their homes in an attempt to undergo a pilgrimage and experience life-altering challenges. While we underwent many of those challenges, we were also moved and inspired at the idea of discovering our home state in a new way. The Arizona Trail provided the perfect medium.

The Arizona Trail was Brooks’ first thru-hike, but he reveals that he has always been passionate about the outdoors: “I guess before I went on this trip, I would probably classify myself as a weekend warrior. It wasn’t my top priority. Since I’ve been back, I just felt like I needed to get outside. There’s more of an urgency for me. I didn’t really plan anything past the end of this hike. I wanted to rest and recover and now I want to find out what’s next. There’s definitely something calling me back to it.”For Brooks, clarity was suspended in the space between the Arizona Trail and home. Looking towards the future, Brooks day dreams about potential projects: “At some point maybe, I’d like to get further away with my explorations but even after doing the whole trail I feel like I’ve barely scratched the surface.” For now, Brooks enjoys the satisfaction that follows the completion of a major thru-hike. Only time will tell what is next for him.

*Quotes and Information for this article were sourced from thru-hiker badass and Freelance Writer Mary Beth Skylis. – @h1kertrash

*Original Music by the creative genius that is Joey Gutos Music – Song: Everything I Need (Intro/Outro) – @joey_gutos 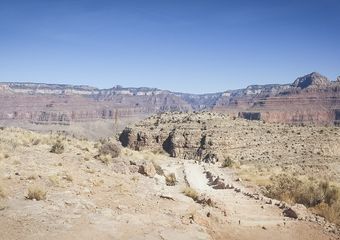 The Arizona Trail: The 800-Mile Backbone of ArizonaAt-a-Glance Distance: 800 miles Location: Traverses from Coronado National Memorial near the US-Mexico border to the Kaibab Plateau Region near Utah Type: End-to-end Timeline: Approximately 30-40 days depending on pace Terrain: A broad range of terrain from desert to arborealRead More 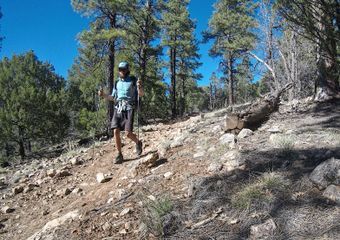 Reflection on an Arizona Trail FKTThe following is a guest post courtesy of Jeff "Legend" Garmire, who recently set the self-supported FKT (Fastest Known Time) on the Arizona Trail, breaking the overall supported time in the process. Garmire is a self-described serial outdoor adventurer with…Read More

Dylan Harris is a photographer, long-distance backpacker, bikepacker, and outdoor industry affiliate who lives in Phoenix, AZ. Through the lens of everything from hard-to-get places to corporate offices, Dylan's work blends the raw beauty of the outdoors with the passion behind innovative business, capturing images that authentically represent the human experience.