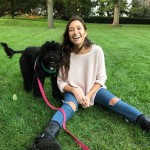 On August 5, Andrew Skurka set the new unsupported Fastest Known Time (FKT) for the Pfiffner Traverse. Running on just four hours of sleep, Skurka covered 76 miles and 28,000 feet of elevation gain in 38 hours and 50 minutes. His time bests the previous record, held by Suzanne “Sunny” Stroeer, which was 54 hours and 41 minutes.  The route is completed by most backpackers in six to ten days.

And that’s a wrap. The official numbers are staggering (76 mi with 40 percent off-trail, 28k vert gain, and finish time of about 38:50) but let me give you a few other numbers that might be more interesting: Three: Times that I looked at my map; Zero: Falls, despite attempts by many rocks; Another zero: food products that I will eat for at least the rest of the week that come in wrappers; 9.4: starting pack weight, in pounds, including a full water bottle Five: minutes of rain, and I’m not complaining; Countless: Wildflowers right now . #fkt #PfiffnerTraverse #highroutes #backpackung #trailrunning #ultrarunning #adventurerun

While undeniably a massive undertaking, this type of challenge was nothing new for Skurka. Named “Adventurer of the Year” by Outside and Geographic, and “Person of the Year” by Backpacker, Skurka has redefined ultrarunning and lightweight hiking in the outdoor community. Between 2005 and 2010, he hiked the Alaska-Yukon Expedition, the Great Western Loop, and the Sea-to-Sea Route, and he regularly logged over 30 miles per day on his trips. He has also completed multiple marathons, including the 2017 Boston Marathon, when he placed 73rd.

In recent years, Skurka has written multiple guidebooks and developed routes for off-trail backpacking. He wrote The Ultimate Hiker’s Gear Guide: Tools & Tips to Hit the Trail, and runs a popular hiking blog. Among his developed routes is the primary for the Pfiffner Traverse, which is the variation he used for his FTK.

About the Pfiffner Traverse and Previous Records

The Pfiffner Traverse passes through parts of Rocky National Park, Indian Peaks, and James Peak Wilderness Area, but the only definitive parts of the Pfiffner Traverse are its end points, Milner Pass and Berthoud Pass. The route itself has multiple variations. In 2011, Mark Oveson and Bill Wright set a record time of 37 hours and 44 minutes for a 77-mile Pfiffner Traverse route they called “Fast Pfiffner.” The route didn’t hit all the peaks and gained only 21,500 feet of elevation compared to Skurka’s 28,000. Stroeer completed Skurka’s route in 54 hours and 41 minutes in 2018.

Skurka’s FKT was unsupported, meaning he did not have any food resupplies or assistance along the way. To keep virtual supporters involved, he wore a Garmin tracking device during the trip. His first timestamp appeared at 3:50 a.m. alongside the optimistic message, “Time to get after it!” Every message thereafter was comprised of the same four words: “Am I there yet?” He sent this message multiple times throughout the first day, during which he completed 43 miles and 16,000 feet of vertical gain. He then slept for four hours wrapped in an emergency blanket and hiked the final 33 miles and 13,000 feet of vertical gain, all while posting “Am I there yet?” at regular intervals.

2021 AT thru-hike attempt is a go! Catch me singing, sweating, and crying on the trails. I'll be somewhere between Georgia and Maine if you're looking for me.