The Appalachian Trail: A Homecoming of Sorts

I remember sitting in my friend Chase’s desk chair in Chattanooga, Tennessee, my senior year of high school. I was eighteen years old and had a reputation for doing slightly outlandish things, like running for hours on trails around Lookout Mountain after school without a coach or anyone else telling me to do so. I messaged the girl I had been dating most of junior and senior year, the one who I recently had had a falling out with. “I think I’m going to hike the Appalachian Trail,” I told her.

In my head, the plan was to hike the AT that summer, beginning in Georg ia after graduation in May and finishing in Maine before college started in September. I would take my brother’s external frame Jansport pack, a relic from his Boy Scout days. I would use his tent, sleeping bag, pots, and propane stove that weighed close to two pounds. I was one to fanaticize a return to nature, to romanticize what that would be, to trust that blind will and stubbornness would see me through despite any amount of discomfort and pain. Thank God I didn’t go.

Nine years later, I am still trying to pinpoint why I’ve decided to hike the Appalachian Trail. As with most hikers, this choice isn’t always resultant of a single factor. In part I want to pay tribute to my eighteen-year-old self. In part I want to reconnect to the land that I’ve been physically distant and culturally estranged from for five years now. I miss the hills and hollows of the southern Appalachians. I miss the dense forests and the feeling that I can disappear into the woods like a fox. Despite what I might say after I begin my hike, I miss the rain that falls so heavily it tears branches off the trees. 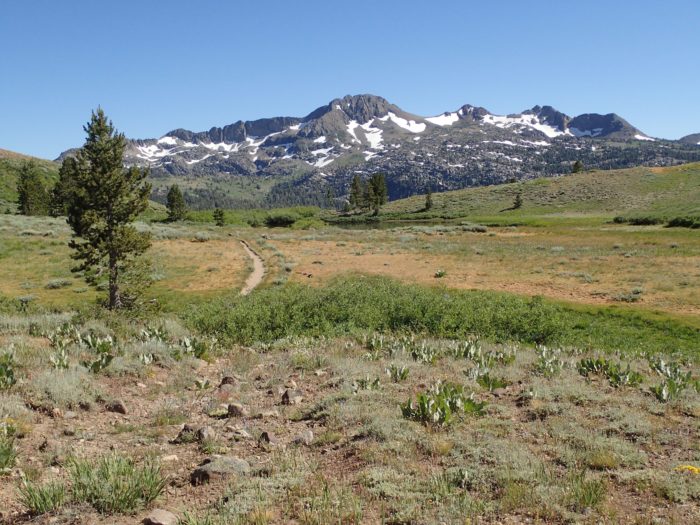 I started my long-distance hiking career two years ago, thru-hiking the 486 miles of the Colorado Trail from Denver to Durango. My rationale was that I didn’t know if I would continue living in Colorado after I finished grad school at Colorado State University and so wanted to take full advantage of the state’s natural beauty. This past summer I hiked 500+ miles through the Sierras, linking the Tahoe Rim Trail to the John Muir Trail via a section of the Pacific Crest Trail. My reasons that time were mostly unclear. Having visited Tahoe in the winter, I wanted to see it in the summer. I wanted to walk through Yosemite and the high Sierras, places that I had heard so much about from friends that had thru-hiked the PCT in 2013. Mostly I just wanted to mark a transition in my life, the line between graduating and beginning work yet again. Of course I also wanted time away from a hectic world and to stumble across some good writing material. (More on these trips later)

One of my favorite quotes in literature is a line from Annie Dillard’s A Pilgrim at Tinker Creek: “I had been my whole life a bell, and never knew it until at that moment I was lifted and struck.” I remember the moment I knew hiking long distances would continue to be a part of my life. July 22, 2016, day 10 of my Sierra combo-hike. I had just completed the Tahoe Rim Trail and had passed a prudence-poor and wine-rich night with Northbound PCT thru-hikers at the Mellow Mountain Hostel in South Lake Tahoe. Clean for the first time in nine days, stuffed with pizza, and trying to will my brain to stop aching, I hitched a ride to Big Meadows to begin the second stage of my journey—138 miles on the PCT to Yosemite. After sweating seven miles and drinking ample cold mountain water, I came out from Big Meadows and hiked up a rolling hill. As I climbed, mountains began popping up on the horizon, dotted by snow, stretching as far as the eye could see—a seemingly insurmountable range of teeth that cut across the landscape, and right where I was heading. In that moment all I could think was, “Yes! Yes! This is what I’m supposed to be doing.” 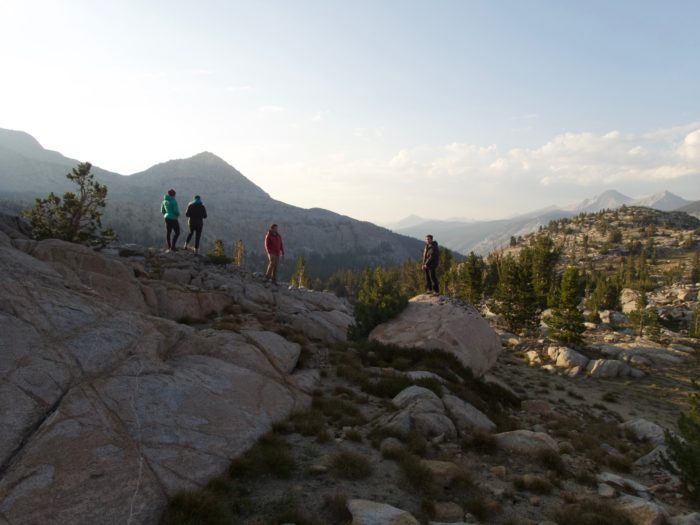 Now having lived two months of my twenty-six years out of a backpack hiking trails, the prospect of spending another four to six months in this way is more of a homecoming than anything else. A myriad of things have influenced me to attempt a thru-hike of the Appalachian Trail: returning home to land and lifestyle; a perfect gap in my seasonal winter work as a ski and snowboard teacher; masochistic tendencies and knowing that Type 2 Fun is the best kind of fun; new writing material; a desire to keep my body and mind fit, something that my late father couldn’t do despite his efforts.

In the coming days and weeks before my hike begins, I’ll be posting more about my previous hikes as well as details about my continually developing thoughts for my AT thru-hike. I’ll have personal posts and practical ones about planning, gear, and supplies. I’ll also let you know how I received my trail name back in 2013. In the mean time, thank you for reading, for being a part of the journey. Live wild, live free, listen to Rage Against the Machine.