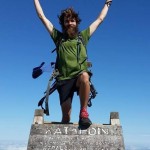 I set out on a solo mission to complete the A.T. in early march, burdened with crippling self doubt and fear. Along the way I found confidence like I had never known. I met some of the most diverse and interesting people I have ever met. I battled the elements and walked through all manner of weather including snow storms and tornadoes. 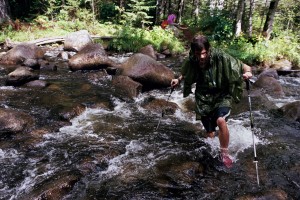 I saw beautiful views. I slept underneath the stars and traveled further north then I had ever been. It was the best experience I have ever had, and ultimately I became confident that I had to try and make adventuring my life. I learned a new skill and passion through my friend Click, that of photography. While on the trail, there were hours of time spent hiking with people, and having always been interested in hearing about peoples passions, I began to pick Click’s brain about photography. He was shooting a book about his thru hike using old film cameras, a 35mm and an old medium format. He started letting me shoot on his cameras and I ended up becoming Click’s personal photographer since he was the one always behind the lens. Turns out, I loved it! 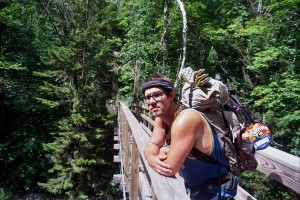 So long story short, the trip ended with the amazing climax that is Katahdin and the greatest day of my life. I returned home, lucky enough to get my old bar job back, and dreams to one day go out again and adventure…..plans brewed. 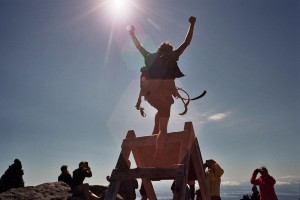 Very shortly after the trail I realized I needed to get back out there, and sooner rather than later. I realized with a very modest lifestyle and keeping my nose to the grindstone I could accrue the money needed to do something big. So I have officially decided I am doing the PCT in 2016! I am also planning a Nepal trip directly after the trail to hike the Annapurna circuit and Everest base camp…..and then after that, what up Europe? 3 months in Europe roughing it, bumming on friend’s couches, going wherever my whims take me. Along the way I hope to document as well as I can through my photography, and hopefully youtube videos (if I can keep motivated). I am indescribably excited for this coming year and I plan to post on here with updates throughout it all.

I hope anyone who reads this is having an awesome new years. I have been very excited to write this first post and thought this was the perfect time to do so. You can expect preparation posts, trail/ travel updates, gear reviews, and gear advice from this blog. Anyway, as the Canadians say: peace oot!

Hello, my name is Josh; but my friends call me Jersh, and friends in the hiking community know me as CheeseBeard. I completed a thru hike of the a.t this past year(2015) and am planning a pct thru hike for 2016. I love to play loud music, rock climb, photography, and drink beer.