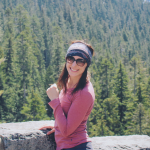 2017 Was Another Record-Breaking Year for the Appalachian Trail

Here it is! The annual update of the Appalachian Trail (AT) thru-hiking statistics for the 2017 hiking season.

2017 was a record-breaking season for the AT. More hikers attempted a thru-hike than ever before, but kudos to you, Class of 2017, because the word on the Trail is that hikers were very well behaved and generally used the AT in a responsible manner again this year. As always, Leave no Trace (LNT) is our main focus and we thank you for leaving the Trail better than you found it.

The numbers of thru-hikers has exploded over the past 50 years, and this number has especially reached new heights in the last decade. The Appalachian Trail Conservancy (ATC) has been around since the beginning and focuses not only on physically preserving the Trail but also aims to manage and monitor the hikers each year. Shoutout to the ATC for maintaining this data over the decades and for sharing it with us for this 2017 report.

The growth in AT thru-hiking popularity is most apparent when comparing the numbers of 2,000 Milers by decade, which is shown in the chart below: 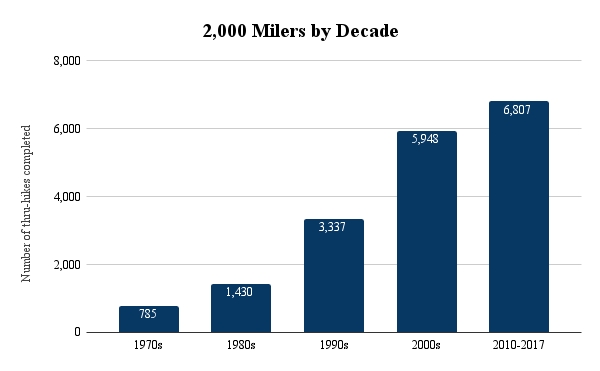 Keep in mind, of course, that there are three years of data left for this decade’s total numbers.

The numbers used for the following analysis were reported by Baxter State Park, the Appalachian Trail Conservency, Harpers Ferry Headquarters, and Amicalola Falls State Park. These numbers are not necessarily the same as those which are reported through the online thru-hiker registration platform, nor in surveys from alternate sources. However, it was determined that 81% of the 2017 NOBOs registered their thru-hikes, which is an increase from 69% in 2016 and 53% in 2015 (the first year the thru-hike registration platform was available).

As predicted, 2017 was a record-breaking year for Appalachian Trail thru-hikes and attempted thru-hikes. Primarily, the majority of hikers started on the summit of Springer Mountain and traveled northbound from Georgia. Almost a quarter of 2017 thru-hikers chose to attempt a non-traditional route (aka southbound or a flip flop hike) as you can see in the chart below: 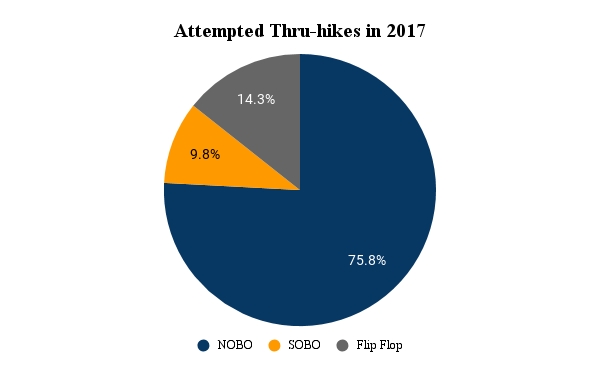 There has been a slow but steady growth of non-traditional hiking routes over the past couple of years. This is hugely beneficial, as it helps to decrease crowded trail conditions and lessen the negative affects of overcrowding. In addition to protecting the AT, there are plenty of other reasons why you should consider hiking southbound or flipping your thru-hike.

Springer Mountain saw a total of 3,839 northbounders throughout the 2017 season. This hiker number dropped by over half by the midway point in Harpers Ferry, but NOBOs finish strong with an average Trail completion rate of about 20-25 percent. 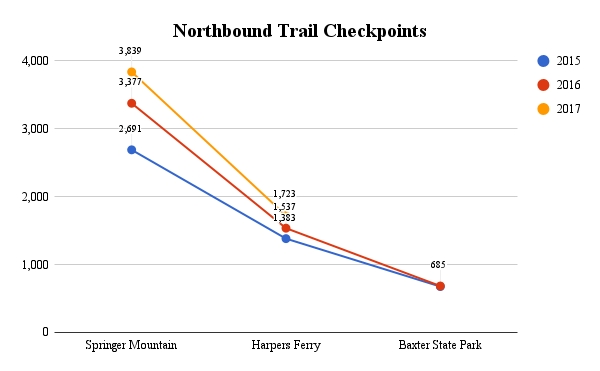 2017 SOBOs performed on par with previous SOBO data, with 497 hikers starting in Baxter State Park this season. A little more than 50% of the SOBOs reached Harpers Ferry, and we can estimate that almost half of these folks will summit Springer. The typical SOBO completion rate is about 22-25 percent of total attempted southbound thru-hikes. 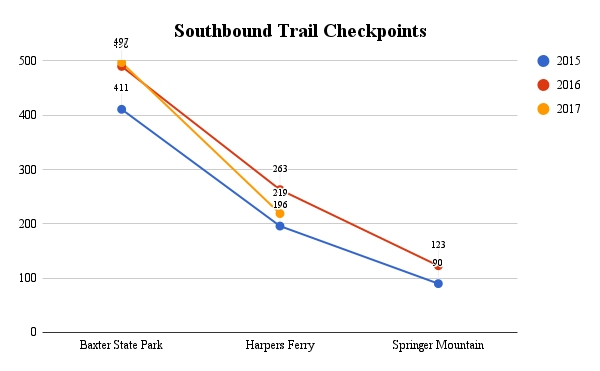 *The number of total completed 2017 thru-hikes has not been reported yet.

The popularity of the Appalachian Trail has become nothing less than awe-inspiring over the past 50 years. It is an amazing feat that our beloved Trail has reached and changed the lives of so many people across the entire globe.

However, this growth in popularity does not come without difficulties. The ATC has been working feverishly to take steps to maintain a sustainable future for the AT.

Here are just a few of the many, many objectives they focused on in 2017:

For the 2018 season, the ATC strongly encourages NOBO hikers to begin their hikes in Amicalola Falls State Park rather than driving the dirt road to the trailhead closest to Springer Mountain. That dirt road, the Springer Mountain parking area, and Springer Mountain have become overwhelmed with people during the spring months and cannot sustain the demanded use. The State Park is much easier to drive to and can accommodate the large numbers of hikers. As an added benefit, starting at Amicalola allows hikers to not worry about the unpredictable road conditions on the dirt roads to Springer. Plus, why would you want to miss out on capturing the classic “Arch Picture?” 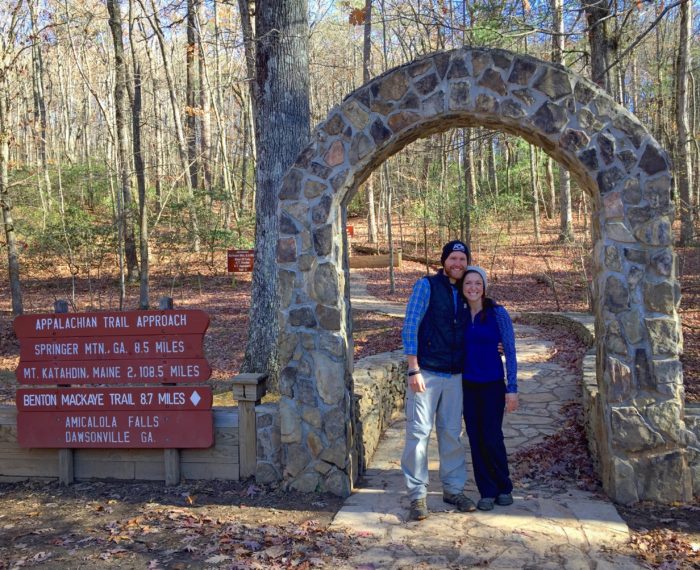 Thank you to Jason Zink with the ATC for his help with the 2017 hiker data! Good luck to all of you 2018 thru-hikers; make sure you register your hike because we can’t wait to crunch all of your data next year 🙂 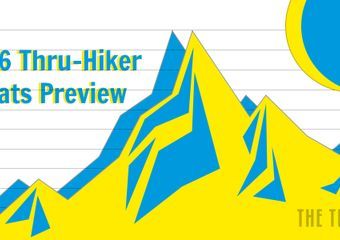 Sneak Peek: 2016 Appalachian Trail Thru-Hiker StatsThere was a lot of talk this time last year about what to expect from a record-breaking 2016 season. Thanks to an onslaught of sustainability efforts, LNT initiatives, and encouraging of non-traditional thru-hikes, the Trail community was on top of it.…Read More
< Previous Post