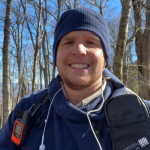 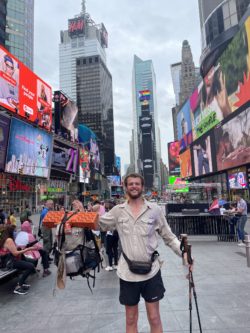 I have been in full go mode since Trail Days. Wake up at 5:30 AM, leave by 6:15 AM, hike 10 miles, eat lunch, hike 10 miles, set up, eat, sleep. Repeat. And I have genuinely enjoyed consistently pushing myself in this way day in and day out. Hiking the AT like this is the physical and mental challenge that I didn’t know I needed until I started doing it.

But occasionally —not super often but occasionally — something steps in to make the day a little more interesting. Like, for example, a few weeks ago when my hiking partner and I decided on a whim to go into New York City.

Beast and I swung into Pawling, NY on Sunday morning.

We did the usual town things — ate food, resupplied, loitered next to an outlet outside of a random business, etc. 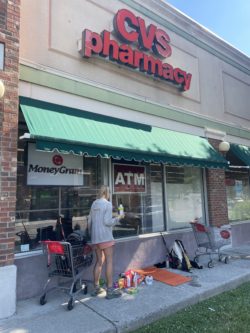 As we were headed toward Main Street on our way out, an approaching man let us know he’d be glad to drive us anywhere we needed while in town. Turns out Josh was a 2021 AT SOBO who stopped in Pawling during his hike and fell in love with a local bartender. He finished his hike, moved there and married her.

We graciously accepted his offer and asked for a ride back to trail.

Only ~2.5 miles later we hiked upon something interesting and unexpected. Sitting alongside a set of railroad tracks was a platform with a bench on it. Above the bench was a sign — To Southeast, White Plains and New York. 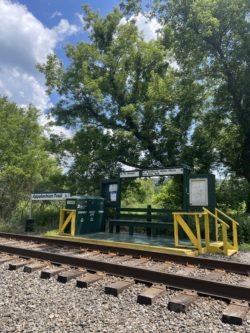 We checked the schedule, realized a train would be there in two hours and discovered that it only ran on Sundays. It was Sunday so we quickly decided, yes, we should.

I had never been to New York City before and had no idea what to expect as I stepped off the train. Grand Central Station was bustling — families in matching clothes visiting the city on vacation; young people draped in rainbow flags celebrating pride; men and women of business on a mission; kids running around and then us, staring up at the tall ceilings still surprised that we were actually there. We caught subway #6 to Lafayette Street and walked up the street level.

I’d heard of the magic of NYC before and always assumed it was one of those things that can only be felt. It is.  There is… something… some energy. It’s hard to explain. We got a couple things at REI and continued on.

P.S. You would think two smelly hikers with backpacks on would get some attention while being inside the NYC REI, right? Maybe someone would ask what we were doing or where we came from? 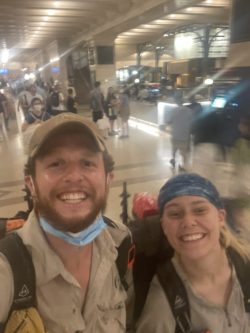 Maybe someone would know that AT hikers have tags on their backpacks? Nope. Nobody stands out in NYC.

Our hosts for the night — Beastie’s friends Simi and Quincy — were incredibly accommodating. We stashed our gear in a corner of their Kip’s Bay apartment and made our best effort to stink up the place as little as possible. Their 700 sq ft apartment featured a shower with hot water, a couch with cushions and a beautiful view of the New York City skyline with the Empire State Building at the center — much more than was necessary to make us happy.

They served us a delicious meal of chicken fajitas, white rice and black beans. Nourishment! More friends came by to say hello and the next few hours were spent answering trail questions.

I made a quick call to Katie and passed out on their couch.

It’s hard to get motivated to get moving on town days. It’s even harder on city days. We eventually summoned the courage and made our way to a bagel shop.

We ate, said our goodbyes and made our way to Time Square for the obligatory “hiker trash takes NYC” pic. 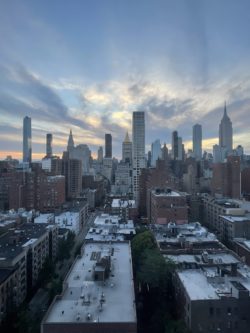 We took our seats on the train.

Hello there! I'm Jake – a writer, reader and aspiring Appalachian Trail thru-hiker. I graduated from Appalachian State a semester early in December of 2021 so that I could finally pursue a lifelong dream of eating packaged tuna for six months and showering on an irregular basis. When not hiking, I'm either spending time with my girlfriend Katie in Charleston or staring at a book. Instagram: @jakewmarkland