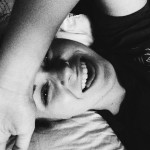 This past weekend I met up with Neemor, an AT and PCT alum, and we set out for the Roan Highlands. We got to Carver’s Gap thursday night and camped just up the hill from the car. It was a pretty balmy night, not nearly as cold as I expected. I woke up to the birds chirping and Neemor telling me that the sun’s about to rise. We left camp to be packed up later and hurried up the first bald just north of the gap. Even just half way up, the view stopped me dead in my tracks. 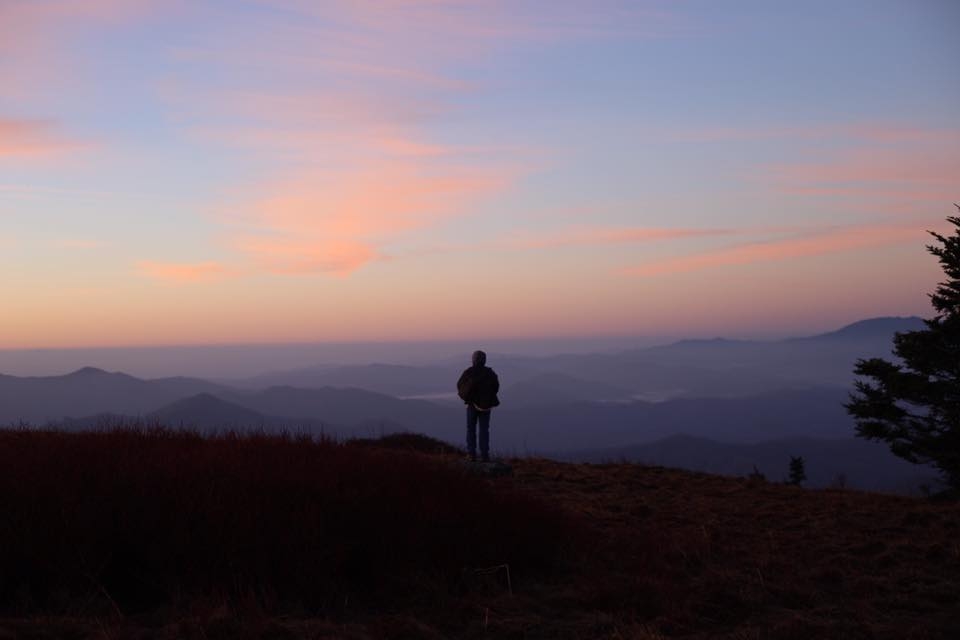 A rolling fog pushed its way up an over the next hill. Having not eaten breakfast yet, we joked that it was just someone’s BBQ. 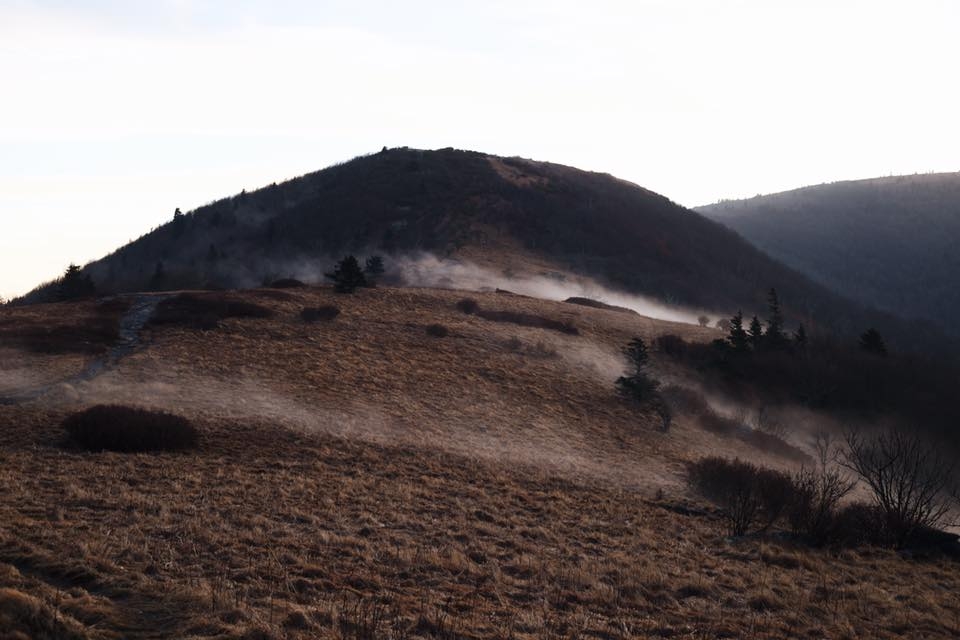 Maybe 3 photos in is when I decided that I was going to bring my DSLR with me on my thru hike. Originally I had planned on just bringing a small Sony, but you can’t beat shooting full frame with a prime lens… Photography is what I enjoy most and I think I’d absolutely regret not having my Canon with me. 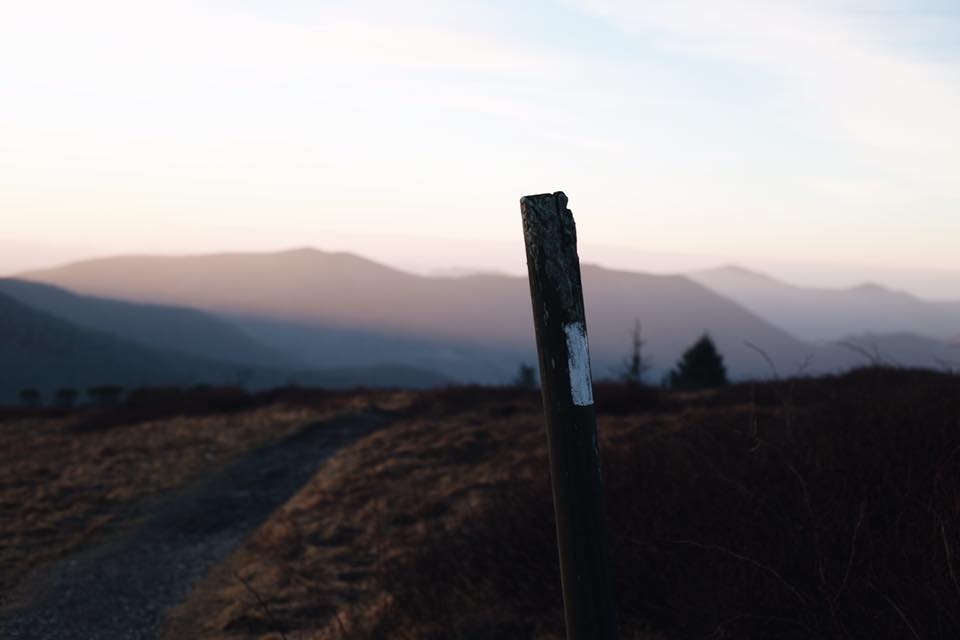 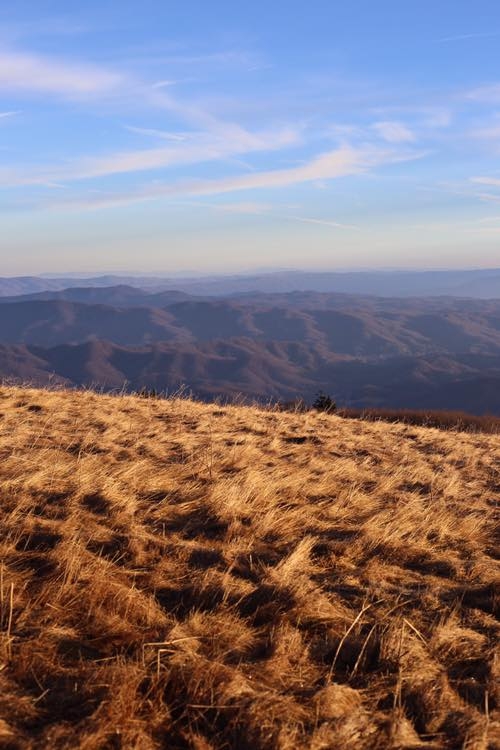 The sun peaked out and the shadowed grass turned gold. We took it in for a few more moments before heading back down to pack up our tents and cook up some real food.

Being near a car sure has its perks. Filled up on breakfast burritos before heading north to Overmountain Shelter. 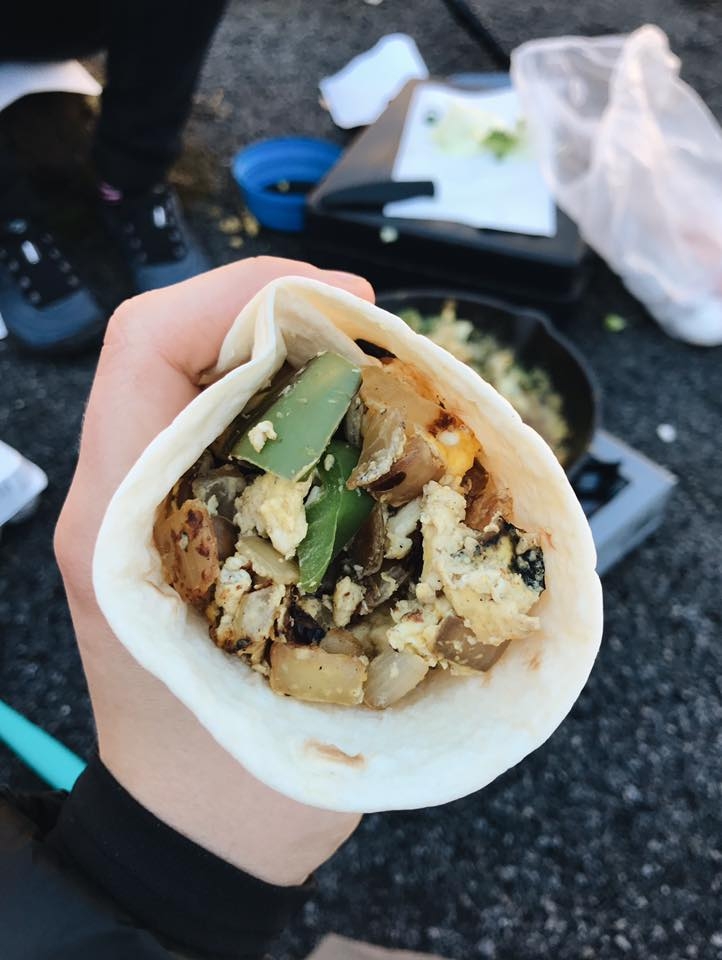 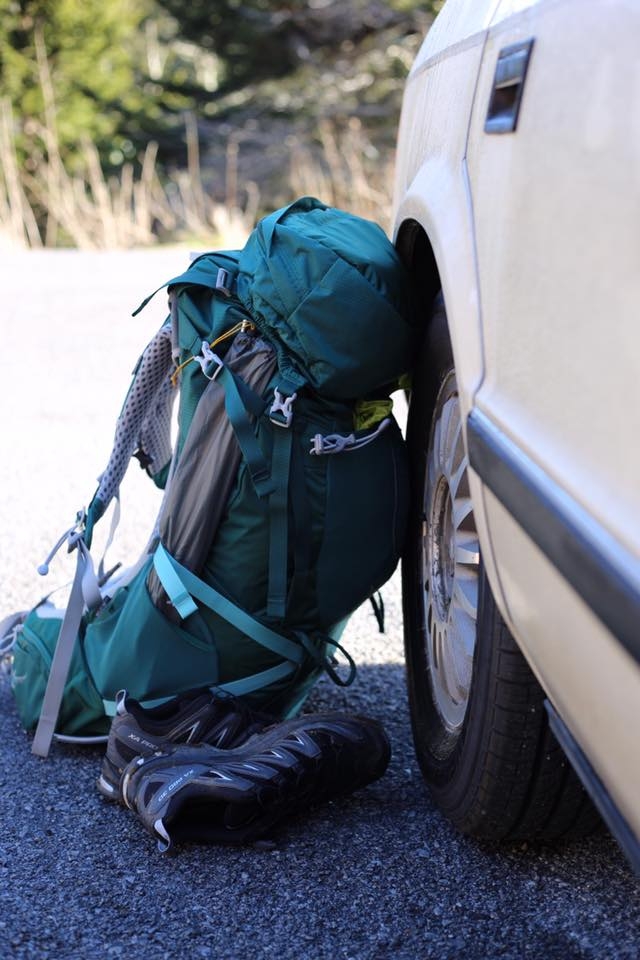 Now, here is where I questioned my whole life. Neemor’s an Ultralighter. I swear his pack is smaller than my old high school bookbag. As I lugged my pack over and shoulder and strapped in, I wondered how I let myself choose this route. I had the opportunity in the planning of this hike to buy all new gear basically and somehow I let myself choose the NON-ultralight route??? Why?!
I think maybe I was nervous that I didn’t know enough about UL gear to do it right. Or maybe I was under the impression that it somehow cost more?? Who knows. But half of my gear is now being switched out and I’m redirecting my path. I feel like I usually always make the wrong decision before I can even see the right one. But hey, life’s a learning experience, right? 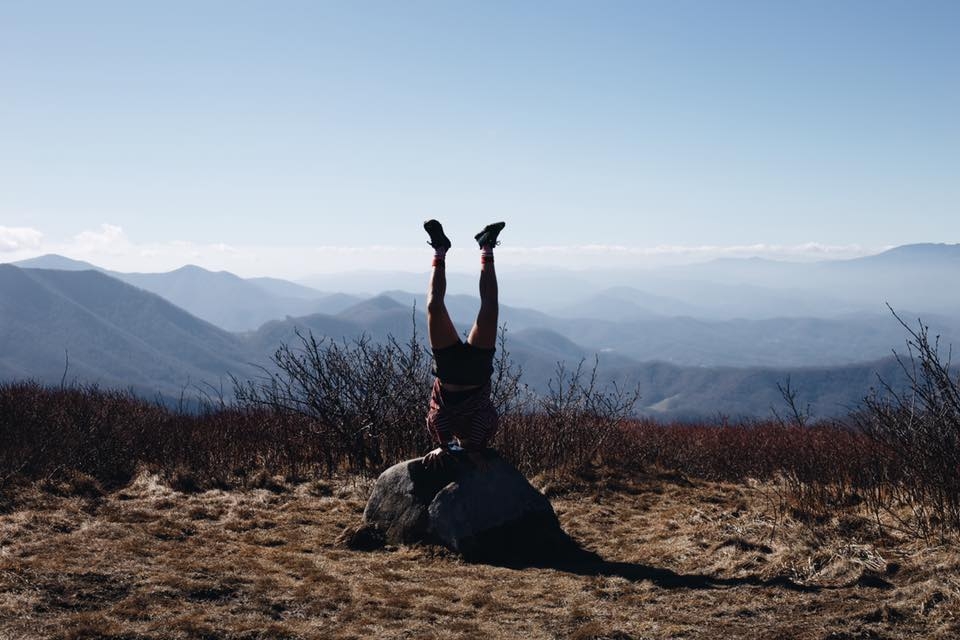 Neemor is head over heels in love with the mountains. Or is it heels over head…

On the way to The Barn we stopped at Stan Murray Shelter. A father/daughter duo dropped by for lunch maybe 15 minutes later. They started their thru hike January 25th so she could be back in time to start school later this year. Their relationship was so refreshing. They had the same laugh and they finished each other’s sentences. You could tell they were the type of people that genuinely enjoyed each other’s company and wouldn’t have this hike any other way. Neemor talked to them for a bit, I gave them some Oreos, and then they were off down the trail towards Maine. I forgot to get their names…

It’s no wonder The Barn is probably one of the most loved shelters on the AT. Her character is undeniable; the chipping red paint, a crooked wall or two, the cracks between the floor boards. 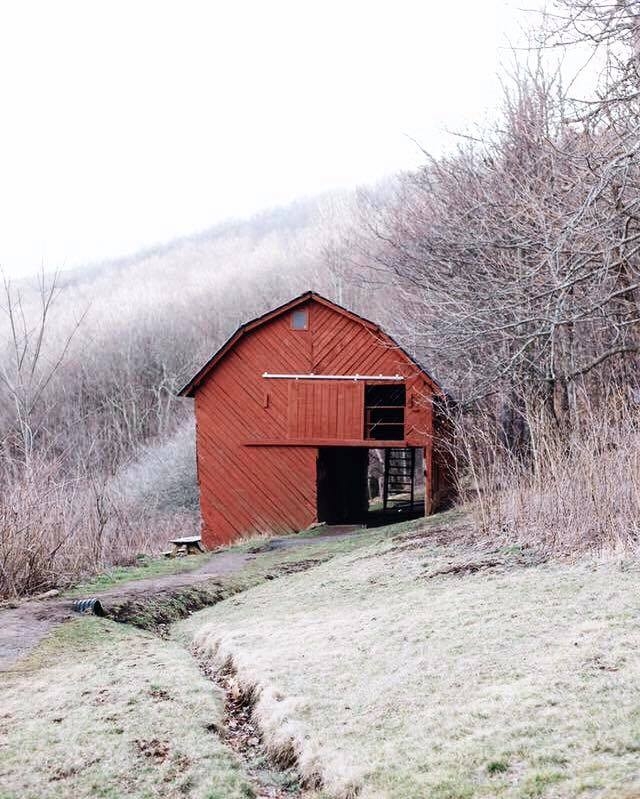 I was thankful for those four walls that night. The wind whipped and howled outside. The kind of wind that’s so strong you hold your breath until it’s over. I didn’t sleep much. Maybe it was the wind, maybe it was the scratching of the mice, or maybe it was the noisy group of hikers that rolled in around 1am, haha.

The morning gave a sunrise that quickly turned red and foggy. Dark clouds gathered as the thunderstorm rolled in, as bold and beautiful as Overmountain herself. 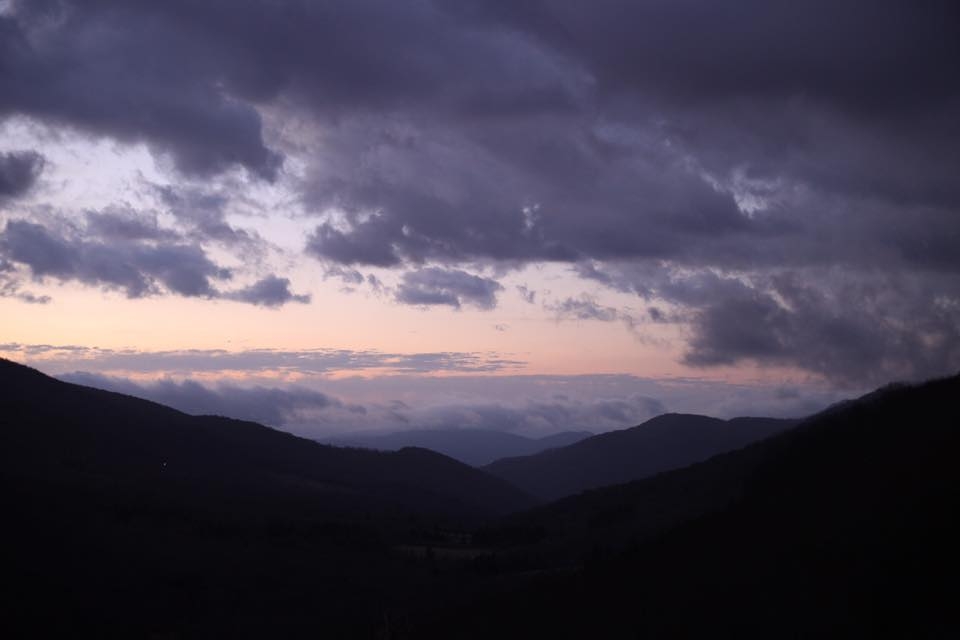 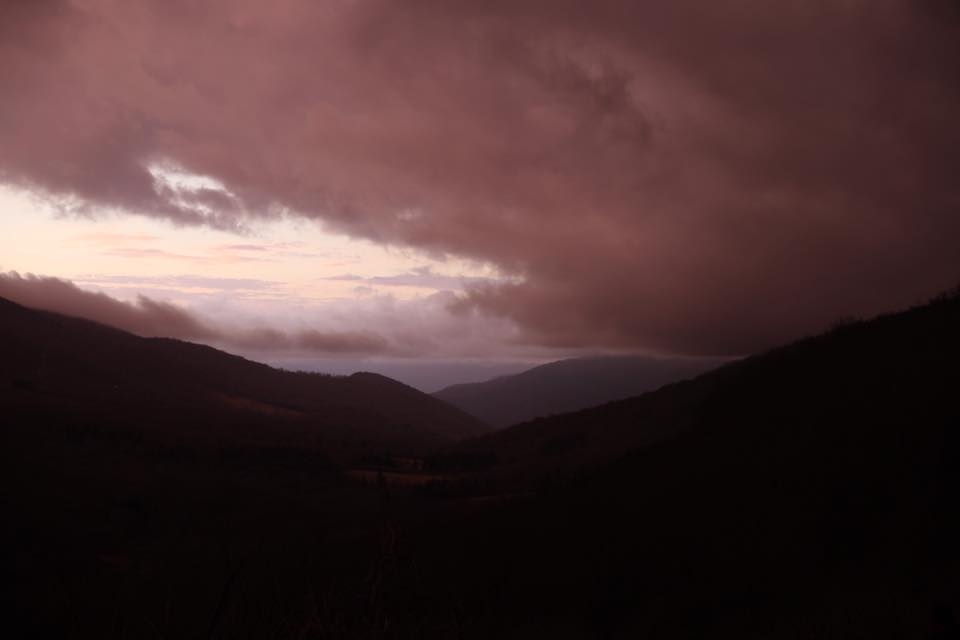 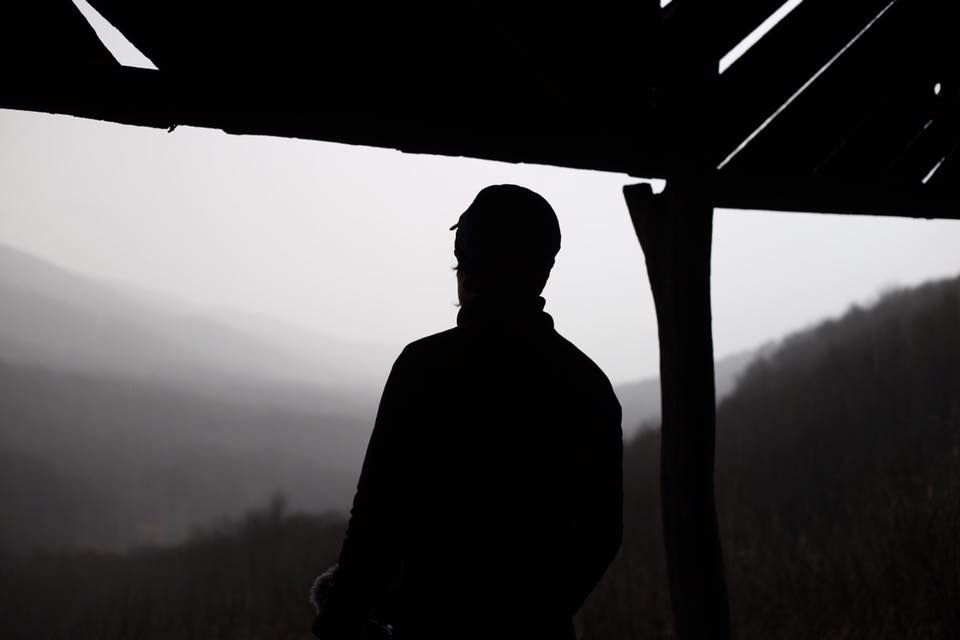 We waited it out and then headed back south.

A Quick Word About Neemor

I’ve followed this guy on YouTube and Instagram for a while now. I remember watching all his AT and PCT vlogs and thinking to myself “Man, I’ve got to get out there…” It was so cool to meet him in person and learn from him firsthand. Like I said before, he’s pretty much inspired me to go UL at this point, even when it’s getting a little late to be completely switching up gear, haha! 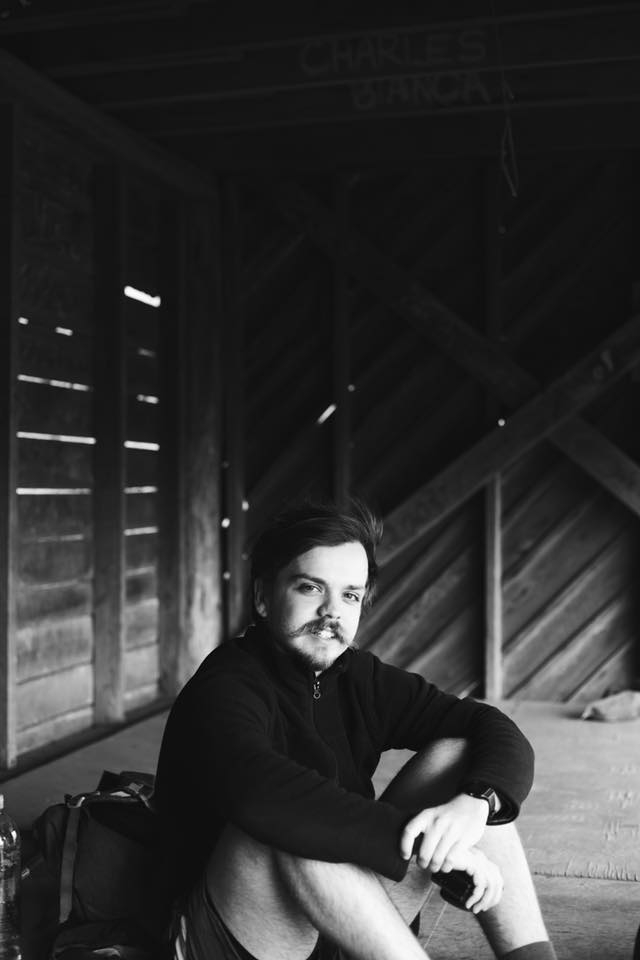 It’s great being around other creative minds. To be out doing things you enjoy with people who also enjoy those things, that’s what makes life fun. With my camera back in my hands, I felt like myself again.

After the quick morning storm came and went, we headed out, retracing our miles back to Carver’s Gap. The rain wasn’t over though. It followed us as we hiked. Fog, light rain, heavier rain, mud, more mud. But the WIND. As we crossed back up and over the balds the wind was so intense I couldn’t help but stop and laugh. The sleeves on my rain jacket sounded like propellors as they flapped relentlessly. The rain drops stung as they hit us sideways in the face. 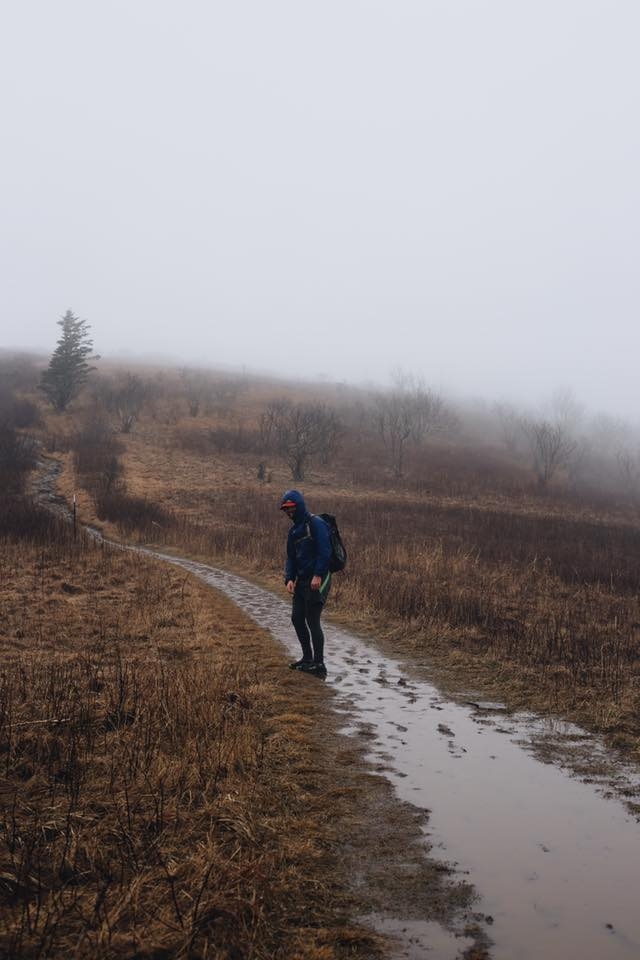 I managed to get one photo. Maybe I should have taken a video instead. Up on the last bald before the gap (the beautiful, peaceful bald where we watched the sunrise the previous morning) we were now trying to take cover from the wind in the small patch of trees. Sure, a bald probably isn’t the safest place to be with possible thunderstorms nearby, but we didn’t see any lightning since we left Overmountain so I guess we figured we were safe, haha!

We got back to the car and drove down to Bakersville to find service or wifi or anything. We cooked up some eggs in the parking lot of a small diner (don’t worry, we bought coffee from them) and met up with Sam, a mutually followed and admired Instagrammer from NC. After breakfast, the 3 of us headed back up to Carver’s Gap and hiked north over the balds one more time. You’d have thought it was a different day completely. 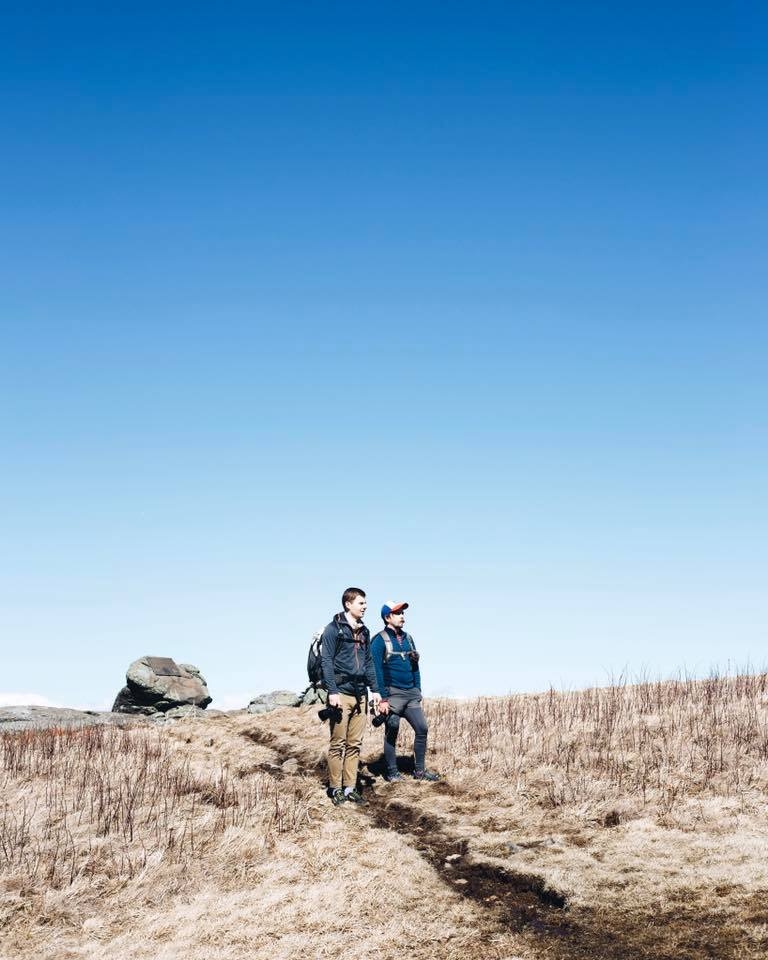 The sun was shining, the sky bright blue, the wind still roaring only without the sting of the rain. A perfect day. 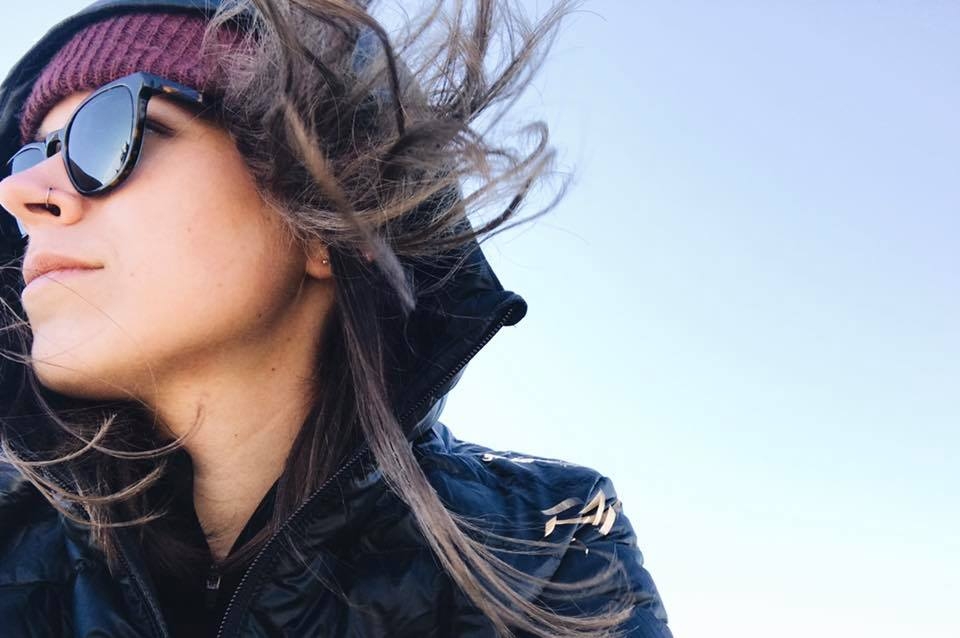 We hiked back south to stay at Roan High Knob Shelter that night. There was one hiker there. He was out to do his 3rd thru hike of the AT. He took downstairs and the 3 of us climbing the ladder. I have no words to describe how cold I was that night. Actually I think I can speak for all of us, haha! It felt like the longest night of the my life. I kept checking my phone for the time, wanting to get up and get moving.

Tossed and turned and shivered

Finally sometime before 7am we mutually decided to get up and head back. Getting out of my even not-so-warm sleeping bag into that drafty, cold attic space and then eventually into the windy frost outside felt like the biggest hurdle of my life in that moment. 16 degrees. I wasn’t made for the cold. 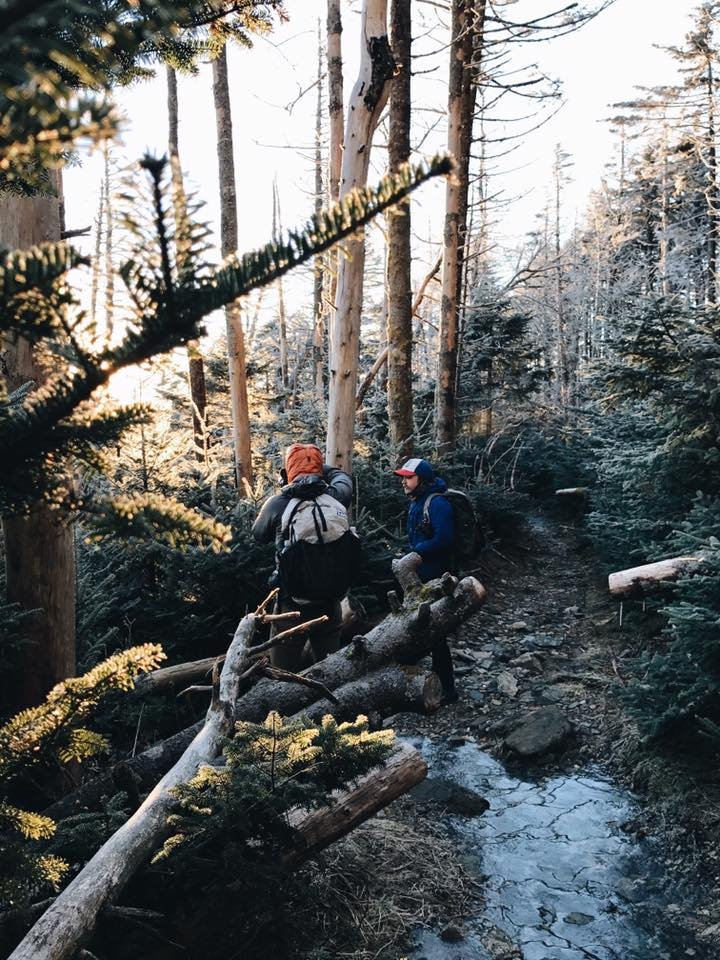 The previous rain turned the trail into an ice skating rink and not even half a mile down I slipped and ate it. Falling forwards, my heavy pack flew over my head and I cursed my non-ultralight choices more than ever as my face almost met the ground. Laugh it off, that’s my motto. Well, that and “Avoid all ice, always and forever” haha!

All in all, it was a great shakedown hike. We got all different types of weather in a short period of time and I quickly found out what worked and what didn’t, what I used and what stayed in my pack. Most importantly, I left completely inspired by Neemor and his probably-8-pound-pack. I’ll be writing another blog post soon as I continue to make gear changes. Right now my baseweight is already down almost 5 pounds. He warned me that trying to go UL is a slippery slope but I already slipped, haha, so I figure I’ll just keep going :p

Hey everyone! I'm Kylie. 22 years old from Georgia. I'm an AT NOBO starting on March 27th. You'll probably find me with a camera in hand. I had more written here but it sounded like a dating profile so instead I'm keeping it short and sweet! Happy hiking! :D