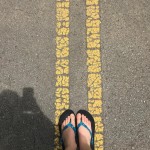 It’s been a bit since I’ve had the chance to sit down and write. A week I think? A lot has happened since then. I crossed the Georgia and North Carolina border (I’ve included a picture of that), I hit 100 miles, and I’ve started doing 16 mile days which is close to my goal of 20 mile days. Right now I’m in Franklin, North Carolina and I’m hanging out at a hostel there, doing laundry, and taking a break from walking for a little bit. 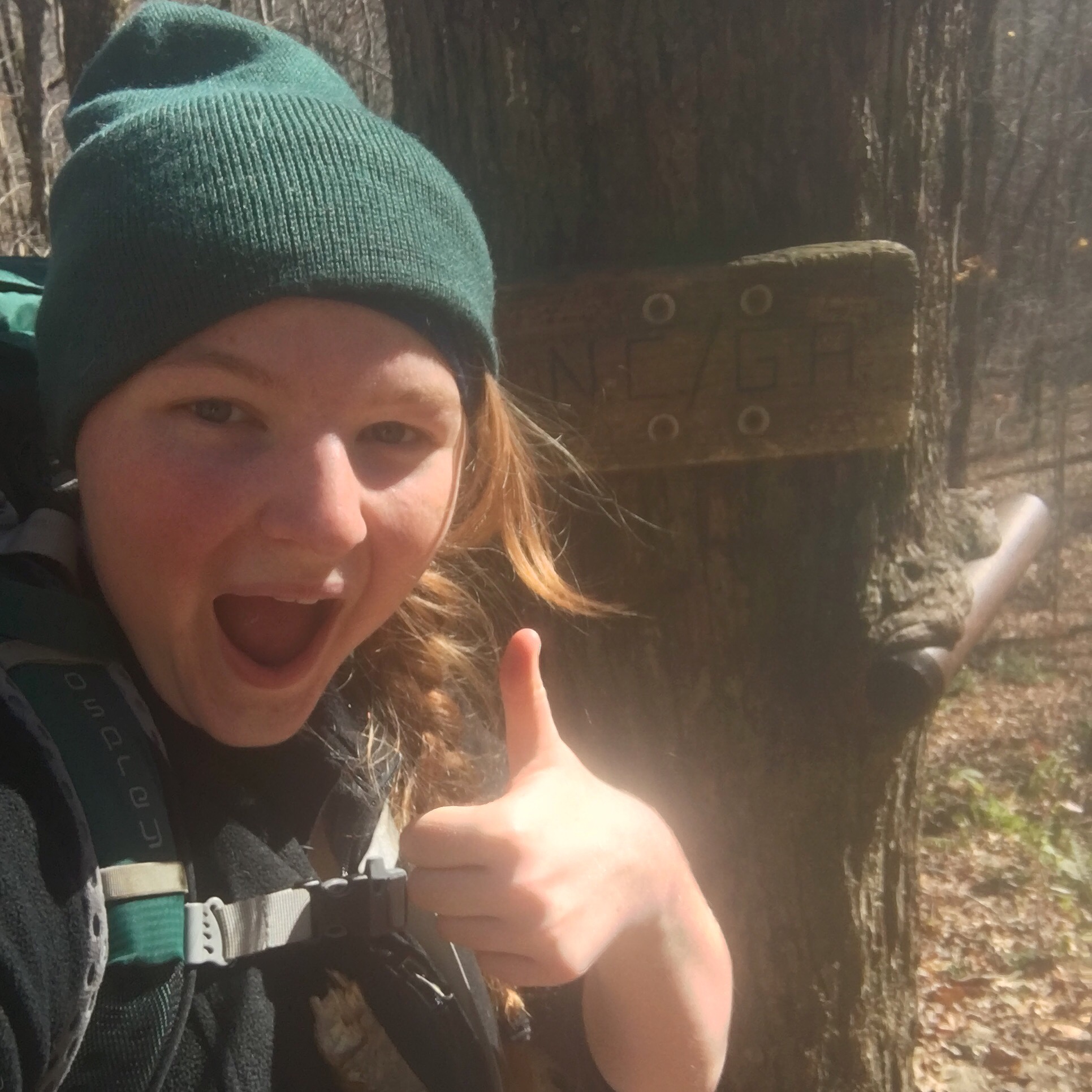 (By the way: visiting the towns along the trail has got to be half the fun of hiking. There’s so much character and life in some of these places that just strolling around downtown is immense fun. It’s like being a tourist to lots of places, over a long period of time, for not very much money, with long walks in between. I’ve included a picture from Helen, GA which I visited last week. The entire place looked like a Christmas card village. The entire place. Even the Wendy’s had trellises.) Anyway someone suggested I talk a little about the day to day mundanities of trail life; the little things that us hikers take for granted but someone new to the trail might not know about. So that’s what I’m doing today, although I’ll only be able to scratch the surface: there’s a LOT that could be said about the trail, and I’ve got only a bit of time. 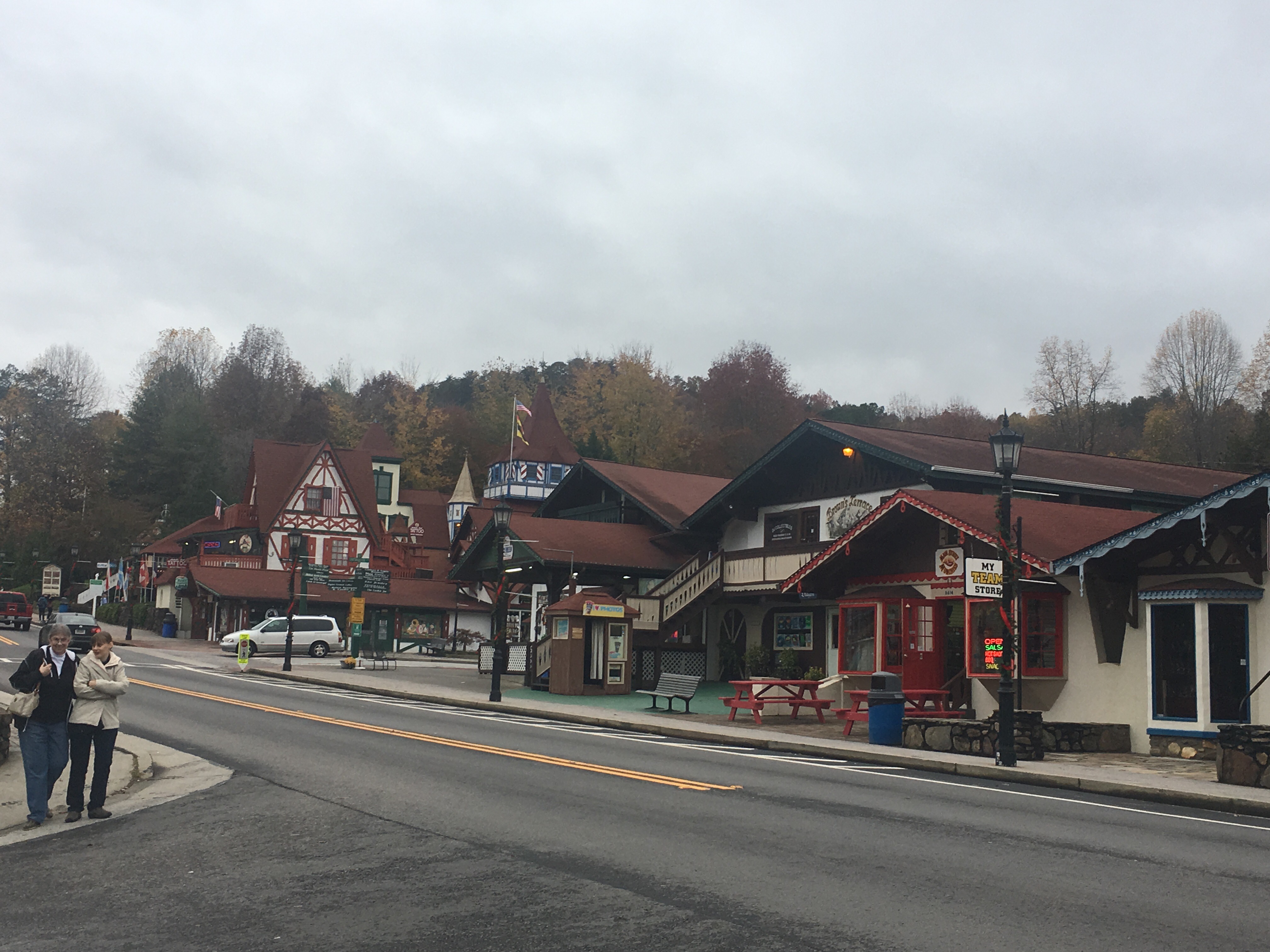 A bear bag is just a sack you stuff all your food and scented items into and hang in a tree at night, where the bears can’t get it. It sounds simple but I’ve spent several nights hurling line after line up into the trees, trying to get one to work. Standing around in the dark and cold, throwing rocks into trees, while bears are on your mind, isn’t super fun. But, if I’m honest, it’s also a very, very comical scene. Sometimes I just stop to laugh at myself because it’s so ridiculous.

A hostel is a bit like a hotel but smaller, cheaper, and usually locally owned. You can get a bunk for maybe $25, plus a shower and laundry. It’s pretty fantastic and they always feel cozy and tight knit, since everyone there is hiking and the owners always really understand thru-hikers. I’m staying at my first hostel right now and it’s been a lot of fun so far.

These are great because you get free things. Essentially it’s a box, usually in a hostel, where you leave the stuff you don’t need and take the stuff you do. This is a massive plus because hikers hate carrying extra weight, but it’s a waste to throw it away. And because if you’re in a bind, missing an essential bit of gear, you have the potential of getting it for free. Today I dumped a bunch of stuff I wasn’t using into a hiker box, but a few days ago I got a mostly full fuel canister out of one. It’s give and take. Literally.

Actually, weight in general. Hikers are, as a rule, obsessed with getting their pack under 30 lbs., and less if possible. Base weight, then, is the combined weight of all of their gear, minus food, water and fuel. To put it another way: it’s what their pack would weigh without all of the things you can use up. Without all the consumables. Of course, no one would ever head into the mountains with no food, water, or fuel, so the entire concept of base weight is wishful thinking, if you ask me.

Trail angels are anyone who goes out of their way to help out thru hikers. Today a couple came up to me and gave me a bag of candy, just to be kind. They’d thru-hiked themselves some years earlier and I guess they just like making hikers happy, now they’re off trail. A trail angel might also give rides into town, leave cold drinks along the trail, or even invite hikers to their house for holidays. Something along those lines. 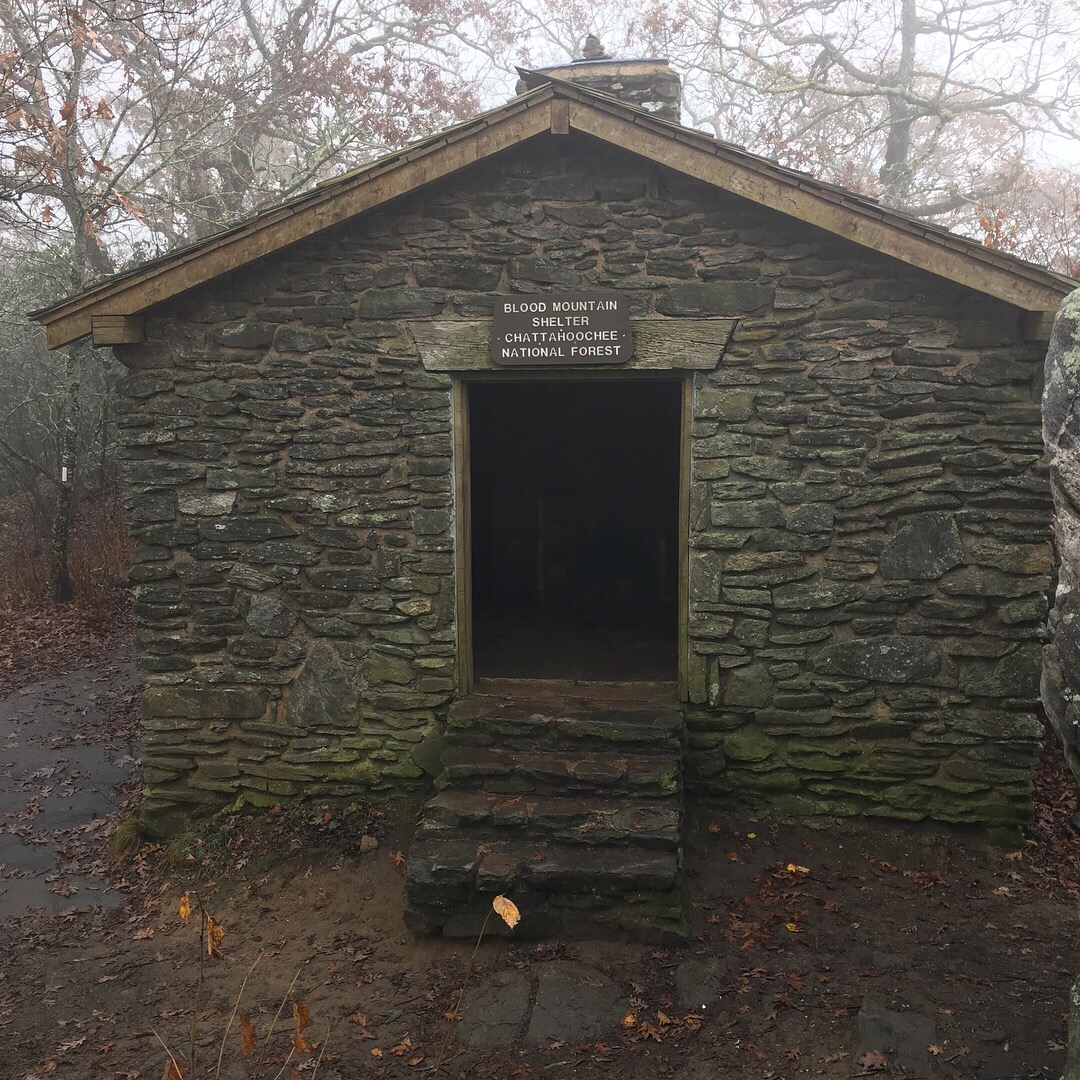 Admittedly not all Shelters are as cool as the one in the picture (I believe it was a private residence at one time and was later repurposed). But all shelters are still pretty fantastic. Normally they’re structured a bit like front porches but without a house attached, enclosed on three sides, and possessing a very big overhang and picnic tables. You’ll run across them every few miles, and they’re nice for sleeping in because you don’t have to pitch a tent to have a roof over your head, and because they always have a privy nearby. On the flip side they’re a little colder than tents. We had a 24 degree night this week and I opted out of staying in the shelter that day!

I hope that gave even the tiniest glimpse into thru-hiking life. I’m going to bed now.

I’ve been seeing all your lovely comments but for some reason I can’t figure out how to reply to them, especially not on mobile. I’ve also got limited computer time in which to solve that problem. But I read every single one and they’re much appreciated.

Well hey there, world. My name is Eliza and I'm an Appalachian Trail thru-hiker. Fun fact: I still have one baby tooth that I will never lose (it's a genetic thing). Also I like foggy mornings, old books, and the mountains.