A Hike Too Short – Walking a Section One Year After Katahdin

The colors were amazing; every one was represented. The oaks had turned fire engine red, bright yellow, and blaze orange.  Green pines were scattered throughout , and the occasional cluster of maples would burst out in bright purple. Behind it all was a robins egg sky and as the sun shone through the leaves it filtered into rainbows, as if through a stained glass window. For a few seconds, I closed my eyes and felt the sun on my face. When I opened them again, I almost forgot what state I was in. 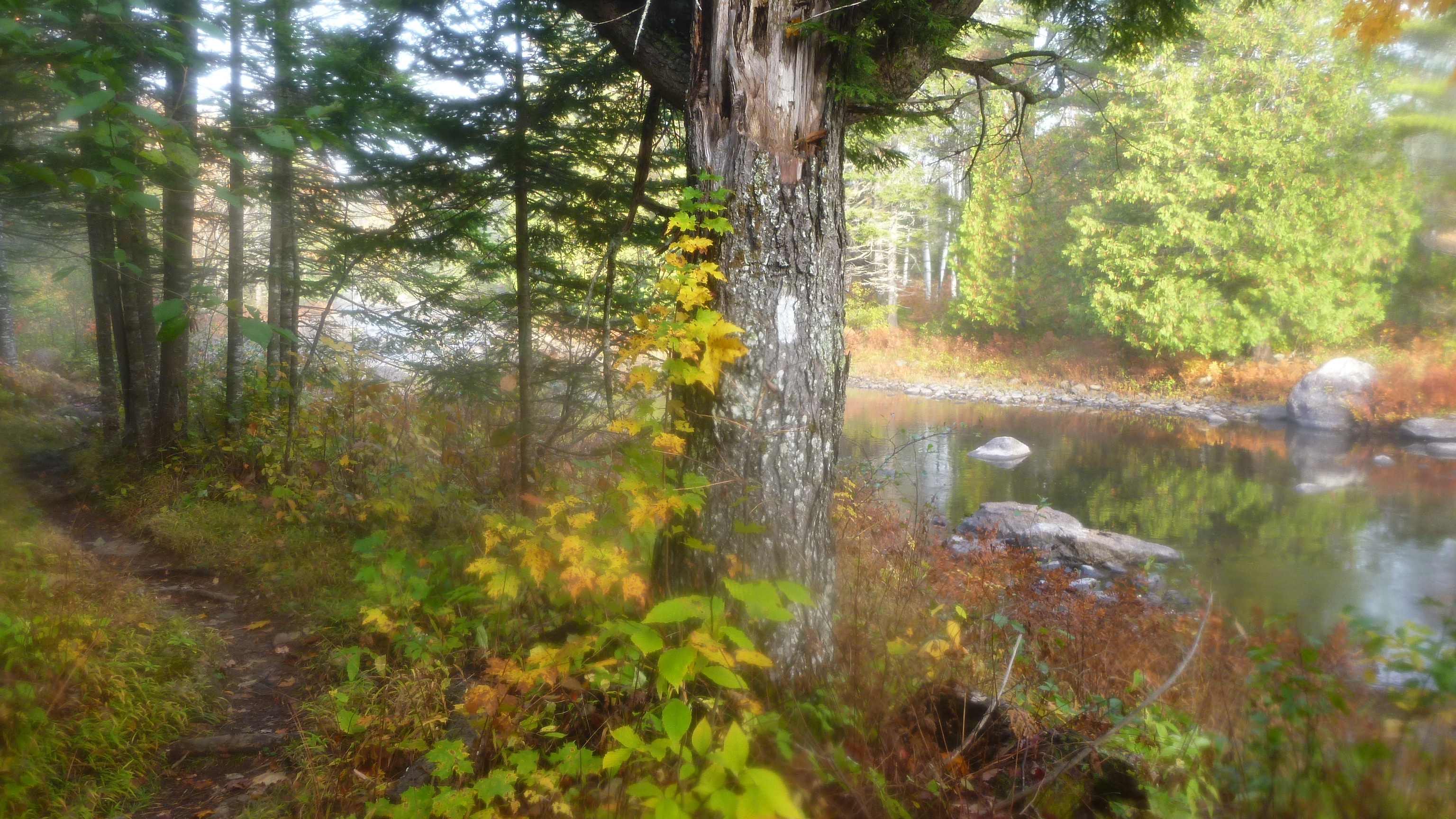 “From the summit, the smaller hills below looked like endless mounds of gold and copper coins shining in the sun. Clusters of plum-colored maples formed chunks of garnet tossed in among the treasure.”

Almost exactly a year prior I had seen the exact same conditions in the 100 Mile Wilderness. The fall of 2014 is one that Mainers won’t soon forget – one of the most vibrant autumns on record. Those of us present were and still are grateful for the experience.

And here I was back on the AT again, experiencing virtually the same conditions. Chilly air offset by warm sun, explosions of color everywhere, and once again, white blazes. Except this time, a cool rock near the southern end of the trail was my seat, and a hint of nostalgia had joined my reverie.

I was snapped out of it when my wife, Katie caught up with me.  “Have you seen Mark?”

Katie was my trail boss (and trail angel!) when I hiked the AT the prior year. Our good friend and long time hiking companion Mark had joined me for the first few days of that adventure, and now, a year after Katahdin the three of us were enjoying a week long section down south, near home: Winding Stair Gap to Fontana Dam.

I told her I had not seen Mark, at least not since we left the shelter that morning. For two consecutive days he warned us that he was going to “go slow” and for two consecutive nights he apologized at camp for leaving everyone in his dust. It didn’t matter really, because we had allowed ourselves plenty of time to cover a reasonable distance, which meant short easy days, and lots of breaks. Which is why Katie found me sitting on rocks so often. 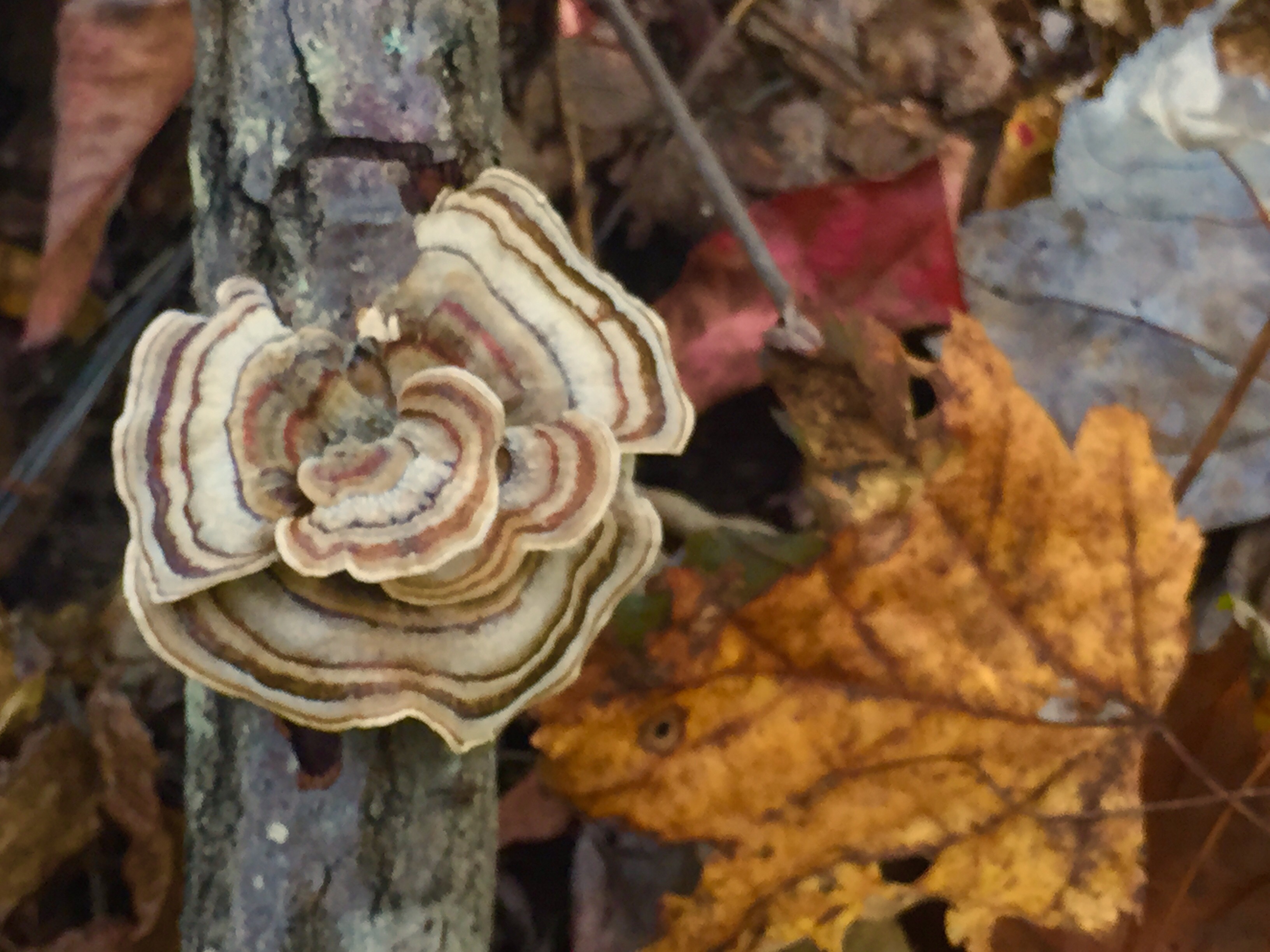 We spent the first day arranging shuttle (Thanks, The Hike Inn!) packing and repacking and finally hit the trail north of Winding Stair Gap just before lunch. The memories came flooding back immediately. It had been a year – no, eighteen months – since my feet had touched this dirt, but I swear I remembered every step. The trail’s going to turn left here, I thought, and it did. Then right, and up, and over a stream and here comes that footbridge. And so on, for an hour. Even though the last time I had been there it was all green, and probably wet, every root and rock felt familiar. It was like coming home.

By the time we got to Siler Bald I was ecstatic. Mark and Katie had to babysit me like I was a toddler in a candy store. I kept running around pointing at things and yelling, “I remember this!”

We were extremely lucky to have great weather all week. The night after we left NOC, we found a little stealth site a few miles before Cheoah Bald. We were only a stone’s throw from the trail, but had our own private peninsula atop a craggy ridge with a fire ring and our very own golden sunset. It was the middle of October and we were cowboy camping near 5000 feet with no problem. I didn’t even need a hat.

The miles north of NOC were surprisingly busy, and for the second half of our trip we enjoyed the company of other hikers. Although we did run into a few southbounders, the majority of our companions were sectioners like us. Inevitably it would come up that I’d done the whole thing and the questions and stories would begin. Like most of us, I really enjoy the chance to share my love for the trail, and before we knew it, it was well past hiker midnight. 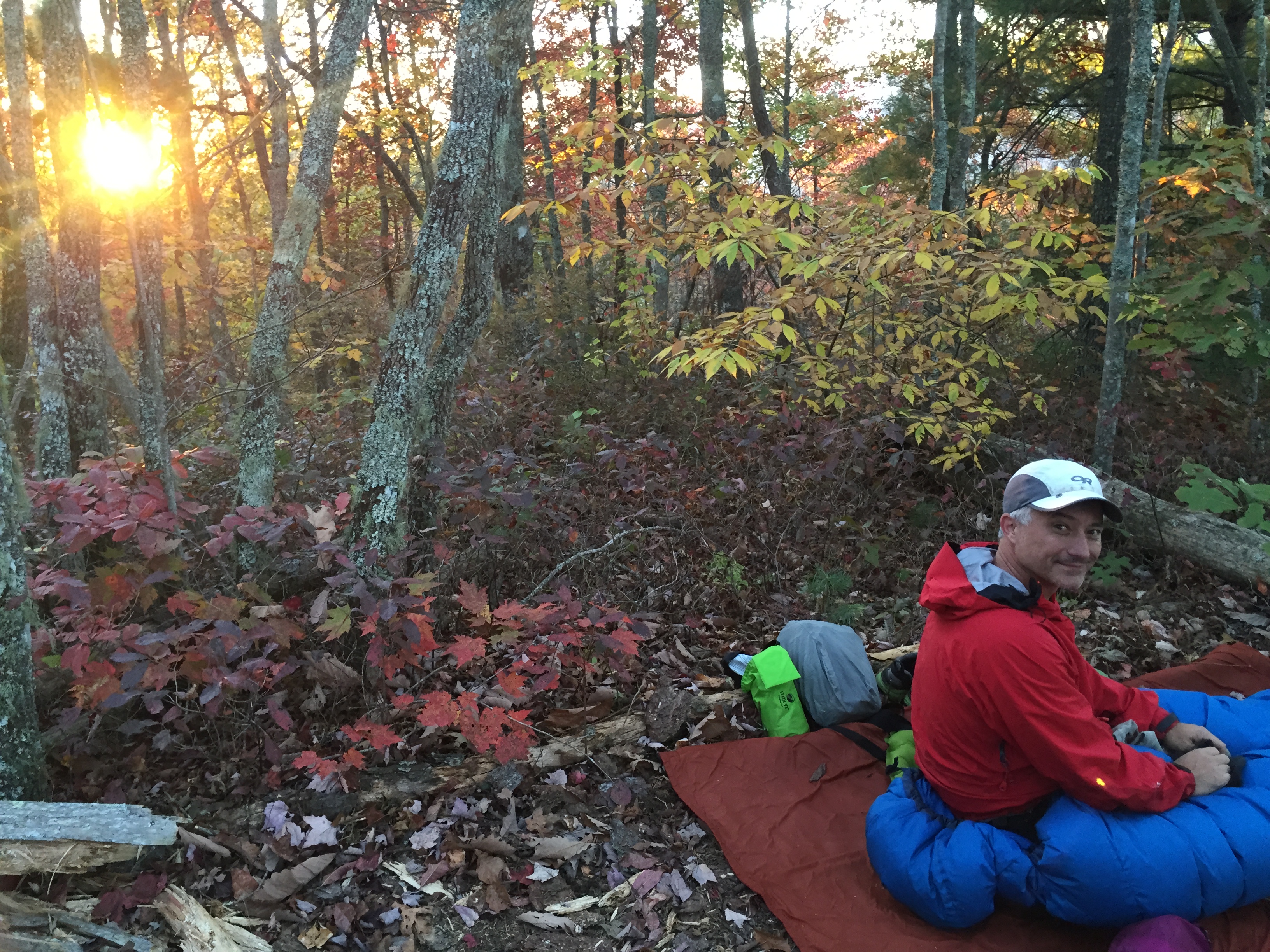 Every time I passed a white blaze I felt a mix of emotions. In a way, being on the trail again was a lot like visiting the town I grew up in after being gone for so long. Everything was where it was supposed to be, but it all looked different. And it felt smaller. And the people were different, and so on. But it was still an incredible sensation, welcoming and full of comfort.

And just like a visit home, it was over just as I was settling in. My companions joked about taking more vacation, about leaving the car there at the dam and just hiking on into the Smokies and however far we could get before the snow stopped us. I laughed along with them, but on the inside I was thinking, This is dangerous. I know what’s over that horizon. Another horizon. And other one, and they never stop, and there’s never enough. There’s freedom out there and I know because I’ve tasted it. When I came back from the trail last year I felt like an animal that had been let out of its cage; this section hike was like the jingling of keys.

I jingled my own keys in my hand as I pulled them from a stuff sack. I laughed ocne more while we loaded our things into the car. Mark and Katie both said, “We should do this again!”

“Definitely.” You have no idea. “We really should.” Again, and again, for forever.

Winter is coming. Perfect time for a hike.