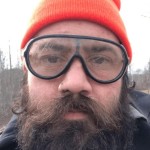 It’s Been a Long Time Coming

I’d been considering a hike of the AT ever since I read A Walk in the Woods by Bill Bryson in 2009 while attending art school in Boston (I know, I know, you either love it or you hate it. I love it.). If city life and general society were a round hole I was definitely that cliche square peg. I had been taking trips up to Maine where my dad is from. Hanging out at a family cabin and exploring those northern woods put me at ease in a way that was difficult to come by those days. I thought I was looking for a way to have a more pure or raw experience and burn away all the excess, vice, comfort and needless posturing I saw as inherent to the “real world.” Going out into the “wilderness” seemed like a good starting point. 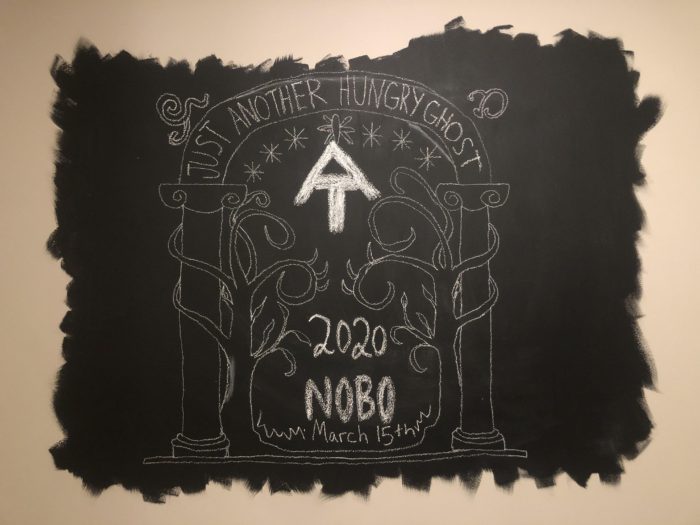 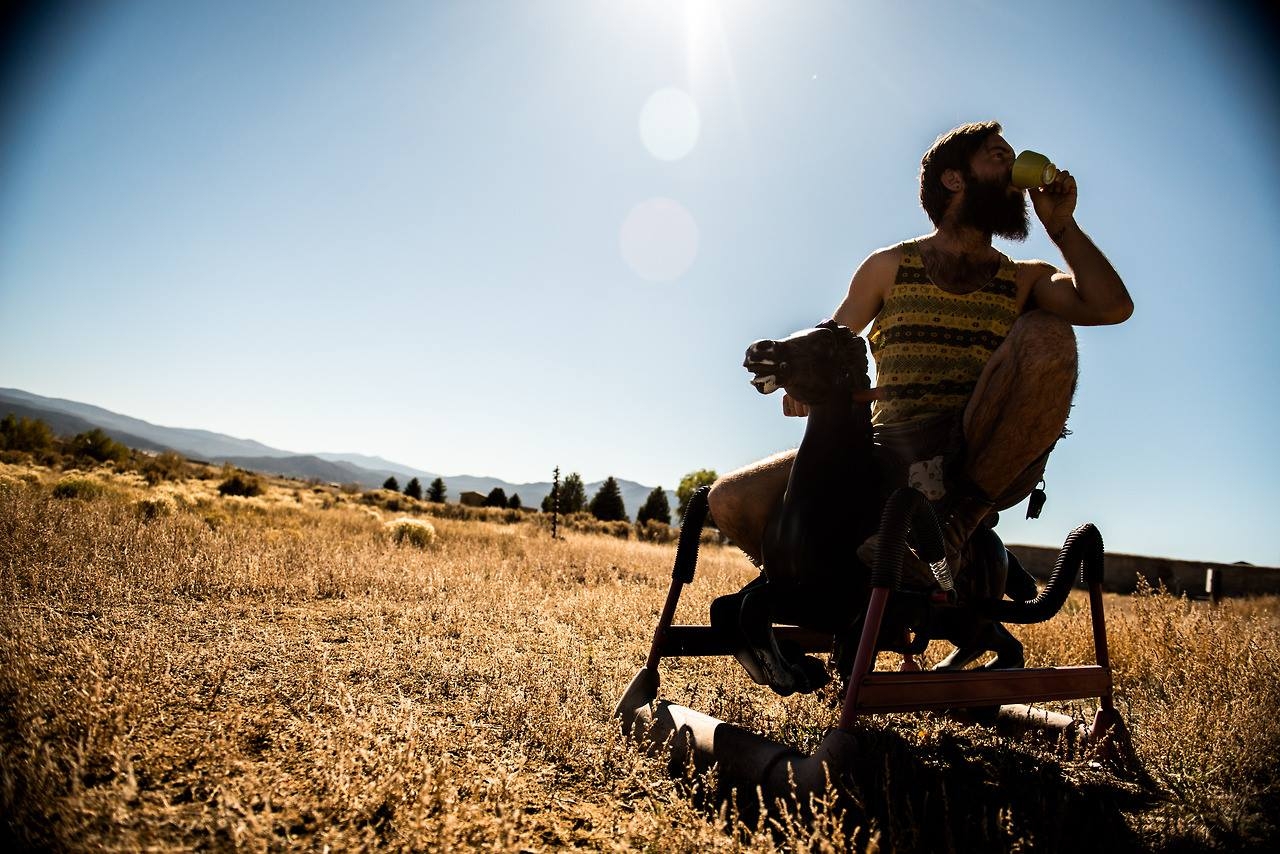 In my second year at school I lived across the street from another house of students. Like myself, they were city hipster art school kids for sure. They also grew corn in a claw-footed bathtub in the front yard, hunted rabbits with BB guns in public parks, played something called Sonic Foot-ball, brewed alcoholic Yerba Mate, and some of them did trail work in the summers. Whatever the heck that meant. I called their place “The Hillbilly Art House.”

Given my Christopher McCandless (aka Alexander Super Tramp) phase at the time, the denizens of that house left a strong impression on me. I asked about this “trail work” thing but didn’t get a clear answer of what that meant. They were paid to live in a tent for half a year with a group of people doing hard manual labor. That much at least was clear. I’d never done manual labor or camped much. It sounded more than alright to me so I bided my time till graduation and then flew out to Colorado. 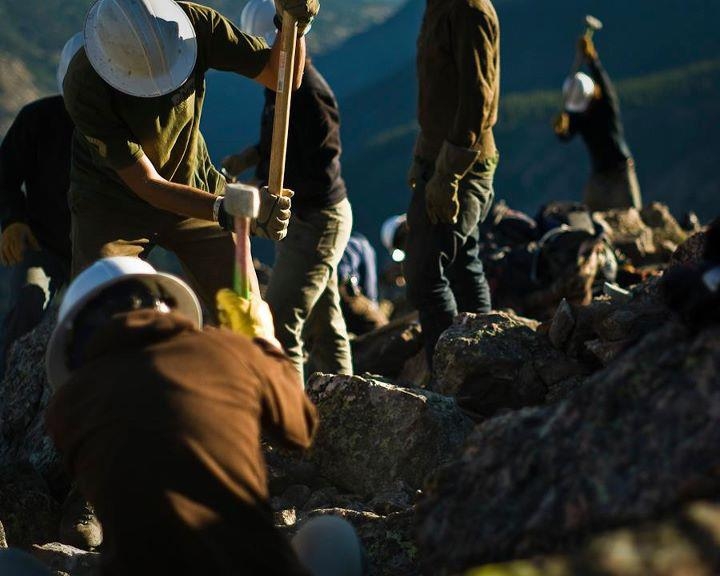 Trail work on Mount of the Holy Cross 2011. photographed by Eli Allan

I’ve known a lot of thru-hikers in the trail maintenance world and something that appears to be similar is that you are never “ready” for a thru-hike or a season of trail work. The best way to get ready is to just do it. The start of that first season was hell. We were swinging picks and rolling boulders around at 13,000 feet right from the start. I was the second slowest hiker on my crew, had come straight from sea level, got terribly sick, and felt like death every day. My grandfather gave me some advice before the season: That I wasn’t ready for this. It would suck but as long as I stayed in it mentally my body would catch up. Two months into the season I was the second fastest hiker on my crew, lost 30+ pounds of college beer weight, and felt super human!

In the middle of that season I wrote “AT 2012” on my boot. I had every intention of doing the AT that next summer but it didn’t happen. Nor the next year or the one after. At first I had the trail work bug. Then, in future years, I didn’t have the money when winter wrapped up. I’m no viking; a winter thru-hike wasn’t happening and I’m terrible with money. There were relationships. Seemingly more accessible short-term adventures. Unexpected surgeries. I was going after bigger roles each year in work and getting them too. I thought about the trail from year to year but it always felt out of reach or best left for later. Honestly, it usually was out of reach too; though the obstacles were often of my own making.

You Think You Do… But You Don’t 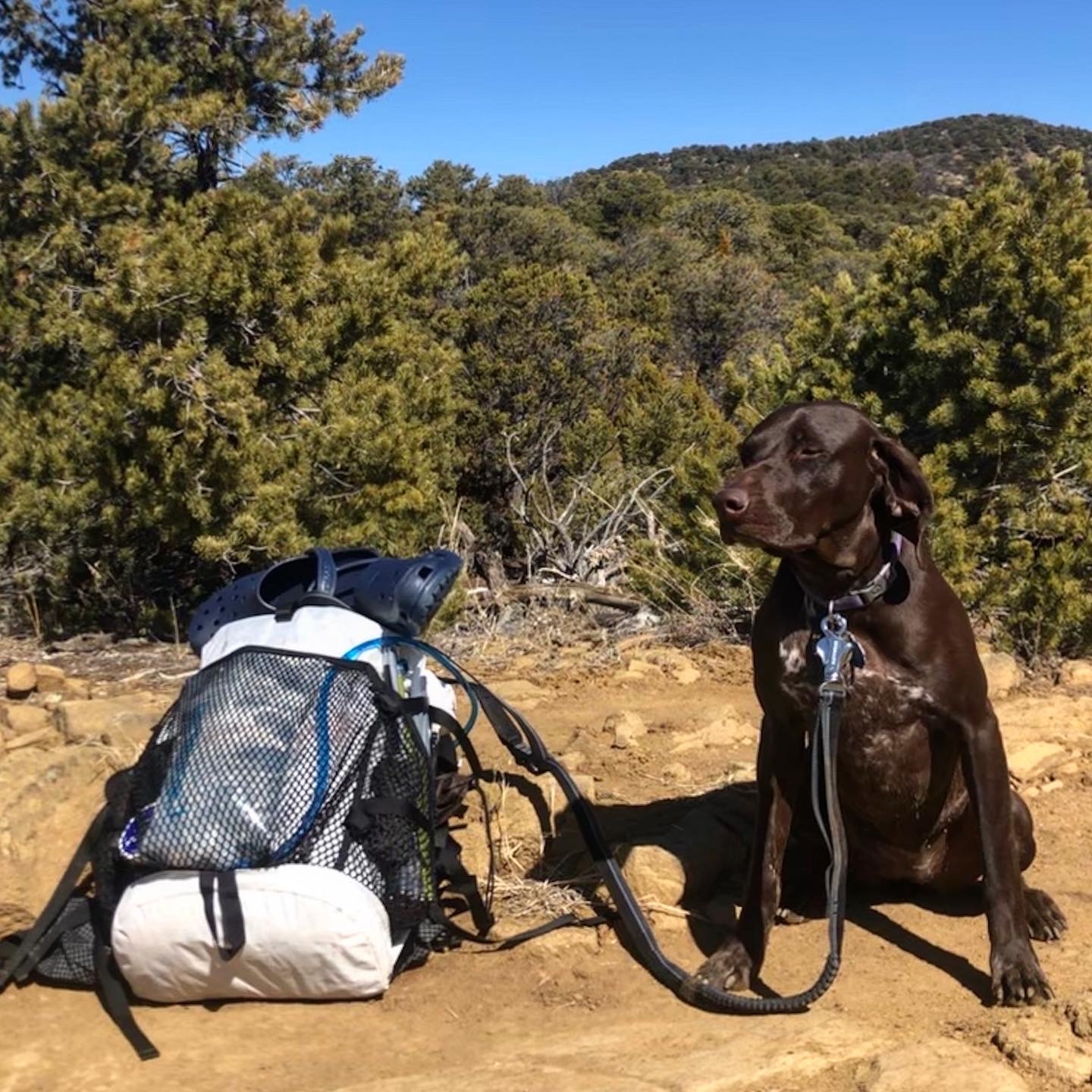 Diggity and my pack for the AT on our first shakedown hike near Taos, New Mexico – 2020.

The instability of living in the woods for half the year and constant travel began to get to me. After a mental freak out followed by a short-lived return to school, I jumped back into the trail world on the management side of things with two Conservation Corps for the next three years. Walahh! Year-round paycheck and external sense of purpose to pour myself into, a consistent location to root down in, and regular access to the outdoors. Living the dream, right?

Not quite. Between being overworked/burnt out, feeling like an ugly duckling in this picture perfect ski town, and my own personal demons, I ended up leaving a few weeks ago. Pouring your entire self into a role at work, no matter how valuable it feels, is a great way to lose balance and self-worth outside that role. I felt like a position more than I did a human. When I initially decided to quit, the AT immediately popped into my head. Maybe this was the time!

Some thought and a month or two later: I decided it wasn’t the smartest idea, not this year, again. So I planned to get back into the field side of trail work. I’d been nearing a commitment with a contractor or national park when I realized a pretty major problem. I was having somewhat serious wrist issues that might conflict with the start of the work season. I thought I had carpal tunnel and a doctor incorrectly confirmed it. I’d be an office jockey for life, that damn management job wouldn’t let me go! After the initial panic the AT resurfaced and became a backup plan. 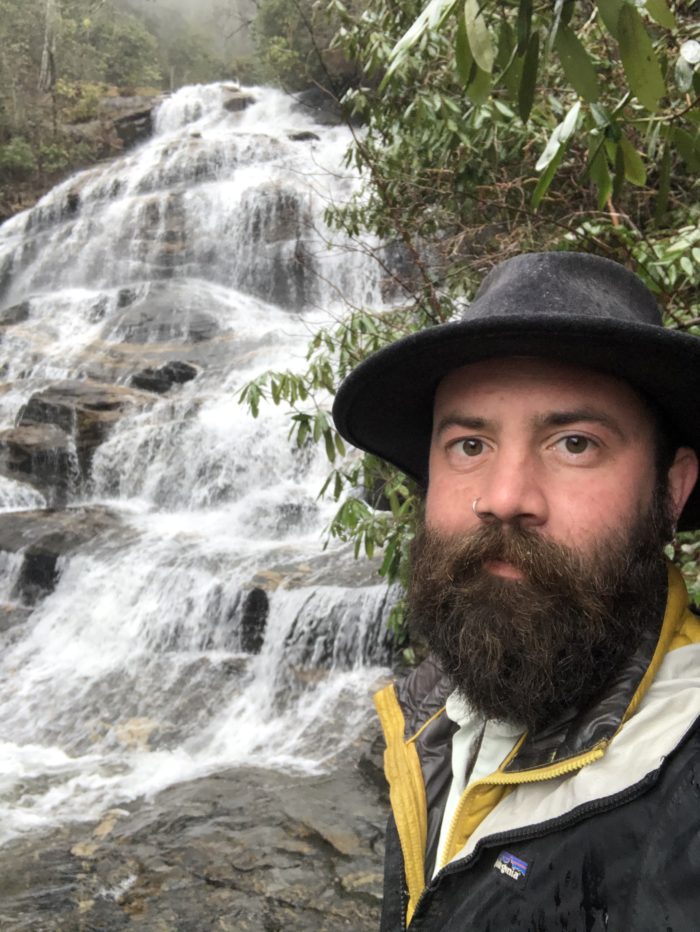 Self-portrait during first day back on the East Coast, pre-trail – 2020.

A backup plan? The Appalachian Trail as a backup plan. Ridiculous. The more I thought about it all those very rational arguments that steered me toward working again this summer became more difficult to remember. Not that it had been my only one, but for nine years I had put off this dream and now I was delusional enough to be thinking of it as a backup plan. The trail had always been something I wanted to do just because, well, I wanted to do it. Not because I should, or because it was the smart move.

I asked myself should the trail really just be a backup plan to me? I’d been making all the smart moves. Had they made me happier? The answer has at times been yes, but today it is no. Today I find myself having left all those things because they were not enriching my life, or challenging it. Today I’m looking to just “do me.” To hike all day and sleep in a tent with my dog. To hang out with people having a similarly really simple but life-changing experience. Why not hike the trail? There are a multitude of good practical responses to that question, but sometimes it’s best not to answer.

All around traildawg/dirtbag, I have been building rock staircases and cutting fresh trails across Colorado, Alaska and Maine since 2011. Van life? pfffft! I've been living out of my car often and showering infrequently as I wander the sage brush and canyons of the Southwest, the glaciers of Alaska, the deep woods of Maine and the alpine tundra of Colorado. I got started on the AT last year with my dog Diggity (The Notorious D.I.G.). Stuck around long enough to be given the trail name Panama due to my optimistically sunny attire (and disposition, I'd like to think!) but was stopped in my tracks after 60 miles by Covid. This year I'll be returning to Springer Mountain but will split from the AT almost immediately as I embark on the 287 mile lesser known Benton Mackaye Trail that diverges from the AT but crosses a few times going farther West into Georgia and Tennessee, back around to cross to the Eastern side of the Smokies and then finishes up by the Northern Terminus of the Park. After that back to building trails for you fools to hike and ride up in Maine. - Panama on the BMT 2021