It has been 28 days since I’ve summited Katahdin and 22 days since I hiked my last mile on the AT.  A lot of things have happened since then, which I’ve compiled into a handy list:

Sometimes it looks like I had intended to make this a blog about what I had taken from the trail, the lessons I had learned, how I had grown, etc. Sometimes it seems like I intended a maudlin tribute to the Trail itself. Sometimes it seems like I had planned to talk about post-trail depression, which is still being kept at bay by my appreciation for being full and warm and clean and my focus on figuring out what’s next and how I can make my knees work normally again. But I do find myself missing the Trail quite a bit. 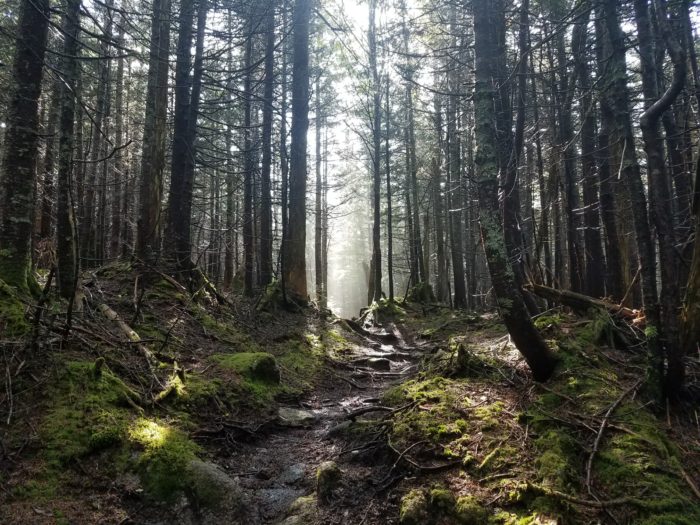 Writing did help a fair amount in processing how I was feeling during my hike, even when it sometimes seemed like I was feeling 400 million contradictory things at the same time. That probably explains why my blogs became so introspective as I went along. (In retrospect, slightly embarrassingly so, since I had originally assumed that what I’d bring to the blogging table was a lot of snark and some mediocre pictures I’d try to prop up with snappy captions.)  So I figured if I just started writing this one, I’d probably find the common denominator in all the things I wanted to say and have a better understanding of how I felt post-trail at the end of it.

One of the things I wanted to talk about is something I’m going to dub “the Froot Loops effect.”  Which, like all the dumb names I’ve come up with for things in this blog, starts with a story. I went through a rough spell at the end of Vermont that culminated in a pretty awful day where I stopped early at a shelter, feeling very sad and unsure of myself. Once the afternoon had passed and people began to filter in, a fire was started and thru-hiker conversation, as it frequently does, turned into a discussion of what we wished we could be eating. I craved cereal and milk ALL the time I was on the trail, and I spent a long time waxing poetic about how badly I wanted a bowl of Froot Loops. A long time.

I had a slow morning the next day and left the shelter late with a hiker named Lucky. We both then proceeded to get lost down a side trail, adding an unfortunate amount of useless walking before we finally realized it and had to turn around. It was about noon when I’d finally completed the three-ish miles to a road crossing, where I saw Lucky next to a car displaying all the signs of offering trail magic (an open trunk with a horde of dirty hikers milling around). He saw me and began enthusiastically waving something over his head at me as I wound my way down some switchbacks. As I got closer I could see it was a case of those mini boxes of cereal, including Froot Loops. When I finally reached the car, the owner laughed and said, “You must be the girl that really wanted Froot Loops.”

Turns out he hadn’t really intended to do trail magic that day (although he did it frequently enough to have food stashed in the back of his car) and had just been dropping off a friend. But he was there and had food, so he opened his trunk to some hikers and the ones who had been at the shelter with me saw the cereal and began telling him of this girl that really wanted Froot Loops.  And he’d hung around even after I’d left the shelter late and gotten lost and had only hiked 3 miles by noon so I could have this moment of pouring milk into a bowl of Froot Loops. 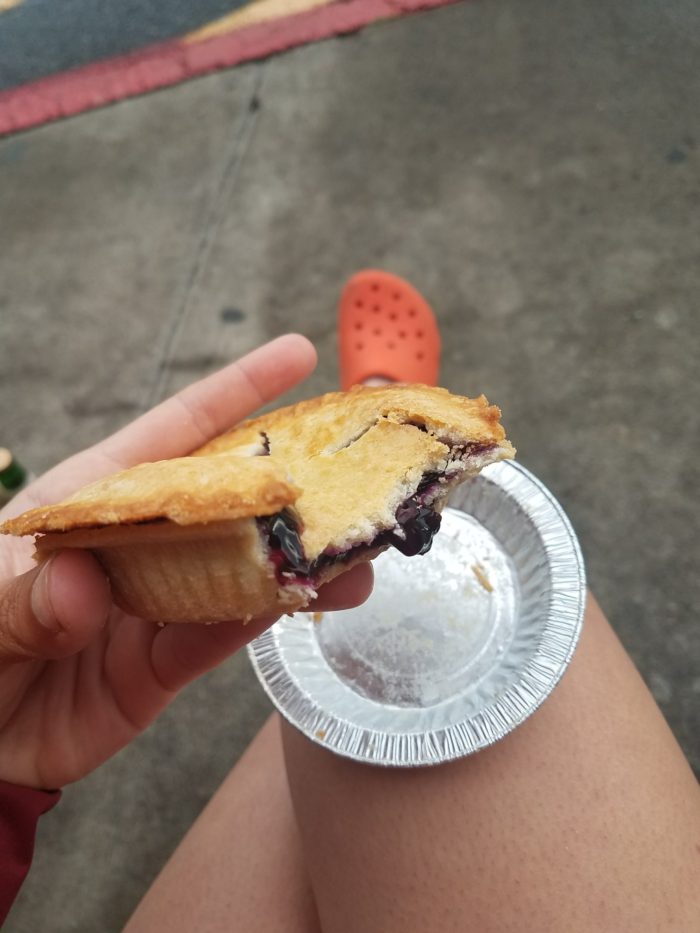 When my mom came and hiked a week with me, she booked the fanciest room at Mountain Harbour B&B, complete with a hot tub. Me and another hiker named Bartender (also a Trek blogger, her author page is here) took full advantage of the tub while I waited for my mom’s flight to land. We soaked our feet and poured in soaps and bath salts. 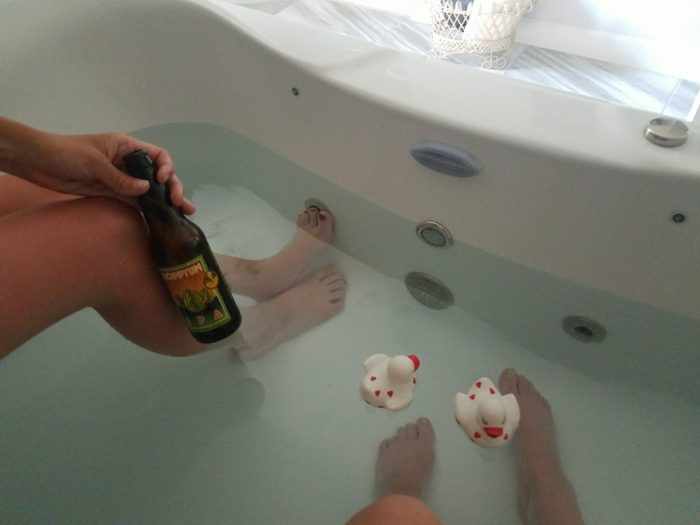 After awhile, I began fiddling with all the mysterious buttons on the tub, turning on and off different jets and bubbles. One of the buttons turned on a rainbow strobe light display that broke us both down into fits of uncontrollable laughter. It’s close to the hardest I’ve ever laughed, and the reason it was so funny was the Froot Loops effect.  For the prior month we’d been soaking our feet in icy creeks and living entirely by the light of the sun, moon and our headlamps. To go from that to a hot tub disco was hysteria-inducing absurdity.

Food never tastes as good as it does when you’ve spent five days being hungry. I’ll never be able to describe the perfection that is an ice cold Gatorade after a long day of hiking in 90 degree heat with only lukewarm water to drink. On the trail, a shower is a transformative experience where you wash away all the mud and cold and aches and pains that have built up since your last shower. In real life, a shower is just a shower. A Gatorade is just a Gatorade. Food is food, and you miss the feeling of not just feeding yourself but rejuvenating yourself.

One of the hardest things about readjusting to post-trail life is that you have access to the things you so desperately craved on trail, but them being in reach 24/7 can render them less meaningful. I was almost shocked by how quickly and easily I took to all the little luxuries again and how quickly I stopped appreciating them as much as I had. I find myself clinging to the physical evidence that I hiked the trail, like the tan lines on my body and the muscles in my legs, because I’m already struggling to believe this hike ever happened. It’s hard to remember the extreme joy I once felt over such seemingly small things, so I try to stop and relive it every once in awhile. It’s one of the biggest things I take from my hike. 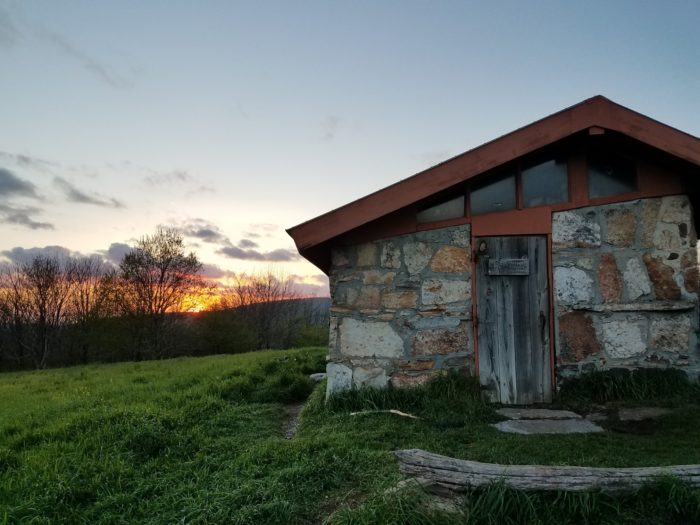 Like the joy I felt on this day over having dry socks.

But the number one biggest thing I take from my hike is Gandalf.

Weirdly enough, it took me a while to really wrap my head around the idea that Gandalf is still me and can exist outside of the Appalachian Trail. I mean, her somewhat substandard hygiene habits have to be retired as well as her ability to eat a dozen doughnuts in one sitting, but at the end of the day, the only real difference between Becky and Gandalf is the name. I remind myself constantly that she is still me and I get a warm, happy feeling in my stomach every time. She is the best thing I got to take home from my hike, better than my 2000 miler certificate, my LNT placard, my Lazy Hiker Brewpub shirt and the bar of soap I stole from Mountain Harbour because I thought it smelled so freaking good.

I eventually realized Gandalf is just Becky with the Froot Loops effect.  I appreciated her so much more when she (I? I know, this is awful) was hauling herself up mountains, swimming in freezing lakes and walking 20 mile days. But we’re still the same person.

I wanted this blog to talk about what I had gained from this adventure. My first version was mostly an In Memoriam for Gandalf and the Froot Loops effect, which I was badly missing in my post-trail life. I was mostly focusing on what I had lost after coming back. But I still have the showers, the Gatorade, the air-conditioning and real coffee. I still have Gandalf. The only thing I’ve lost is the way I view them and at the end of the day, that’s entirely up to me. A lot of past thru-hikers warned me that the experience is transformative, but if you’re not careful, you can end up transforming back.

You did that. Don’t forget. 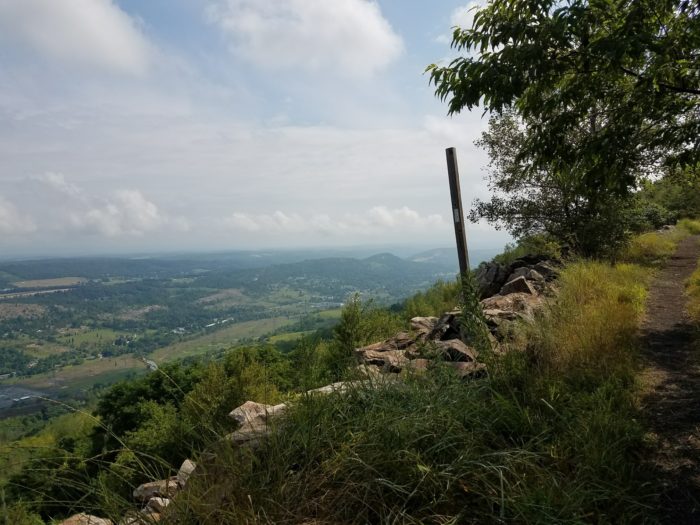 Thanks to the generosity of those who have already donated, I’m at 93% of my goal fundraising for the International Rescue Committee.  It’s a cause that means a lot to me and if you haven’t yet donated, I ask you to please consider doing so. The page to donate is here and is manned by my brother. If you’ve recently started following this blog, I originally talked about this fundraiser here.  Thank you all for the million and one ways you supported me during the course of this journey!