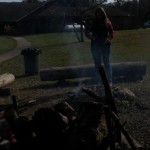 Alligators are Essentially Dinosaurs (or, why I don’t need a gun on the AT)

Let me explain to you, the internet, how I have been explaining to people I know why I am not going to be bringing a gun on the Appalachian Trail, to fend off those bears and banjos. 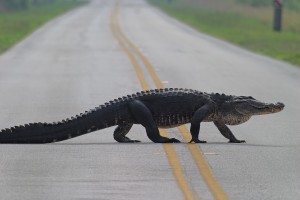 It’s pretending to be calm, but really it wants to devour you.

So, alligators are horrifying, right? They’re giant scary monsters, they’re essentially dinosaurs, and they’re a giant nuisance in the states they inhabit. But here’s the thing about alligators, pretty much everyone I know in these states has had a run-in with an alligator. Cousins hitting one in the head while canoeing—in water that had more alligators than they could count, including full nests—having to call animal control to have them remove the beats from their pond, and countless more stories. They are freakin’ everywhere.

But not everybody carries a gun because of them.

People are murdered in big cities on a weekly basis. In the nearest large city to me, between 90-110 murders have occurred annually for the past several years, and Columbus is by and large considered a safe city.

But not everybody carries a gun because of them. 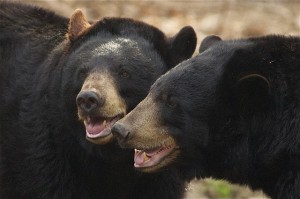 I would so much rather run into these guys than a gator.

From 1900 to 2009, there were 14 black-bear caused fatalities in the Lower 48. Despite the increasing popularity of the AT, fewer than 20 people have been killed on this trail since 1974.

So not everybody needs to carry a gun.

My point is that scary shit happens every day in every place. Sure, the woods can seem like a spooky place. We are conditioned to think so from a young age, thanks to fairy tales and the big bad whatever. But just because it makes you nervous, doesn’t mean it’s actually dangerous. And it’s definitely not more dangerous than going about your everyday life.

And just to clarify, I’m not anti-gun. I love guns. I have my CCW, I think hunting is awesome, and target practice is hella fun. But there is no part of me that feels the need to carry a gun while hiking the AT. It is heavy, it is unnecessary, it is likely to be used against you unless you keep it on a hip holster at all times (not exactly the best way to make friends…), and it can instill in many people a false sense of security, leading them to take risks they may not otherwise.

The threats I’m worried about while on the AT are more of the tiny and six-legged variety. And I don’t think shooting would be the most efficient method of their annihilation. 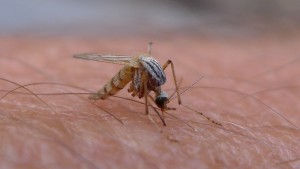 This are my worst enemy. The bane of my existence. I hate them with the fiery passion of a thousand suns. What I’m saying is, mosquitos suck.

P.S. Shoutout to everyone I know and love in Florida! I’m glad no alligators have eaten you!

I like coffee. I love drinking. I went to school with no clear plans for using my degree. I work(ed) with both animals and kids, and adore both. When I packed up my apartment to move, I had more boxes of books than anything else. I love my cat, Odin, more than I even like most people (and in general, I like people). My name comes from the outdoors camp I worked at for many years, where I taught kids how to start fires, build shelters, ride horses, catch and clean fish, do archery, be ninjas, and other general badass-ery. People like to abbreviate my real name to MagQuam. I will be starting my NOBO hike in March 2015.