As much as my joints might hurt, I’m having the time of my life. Seriously. I’ve got a belly full of beer, I’m freshly showered, the blister tape is off my feet, and Vitamin I is kicking in.

Day 0: I picked Sheena up from our local Greyhound station in Greensboro and took her to my house where we served her a good breakfast before hitting the road. We got to Dahlonega in time for dinner. Afterwards Sheena and I got to bed early

Day 1: We were both up at 6:30 and ready to go by 7. My parents took us out to a delicious breakfast at Danny’s, a neat little hole in the wall place in Dahlonega. Afterwards, they dropped us off at the approach trail and said farewell as we started our hike. 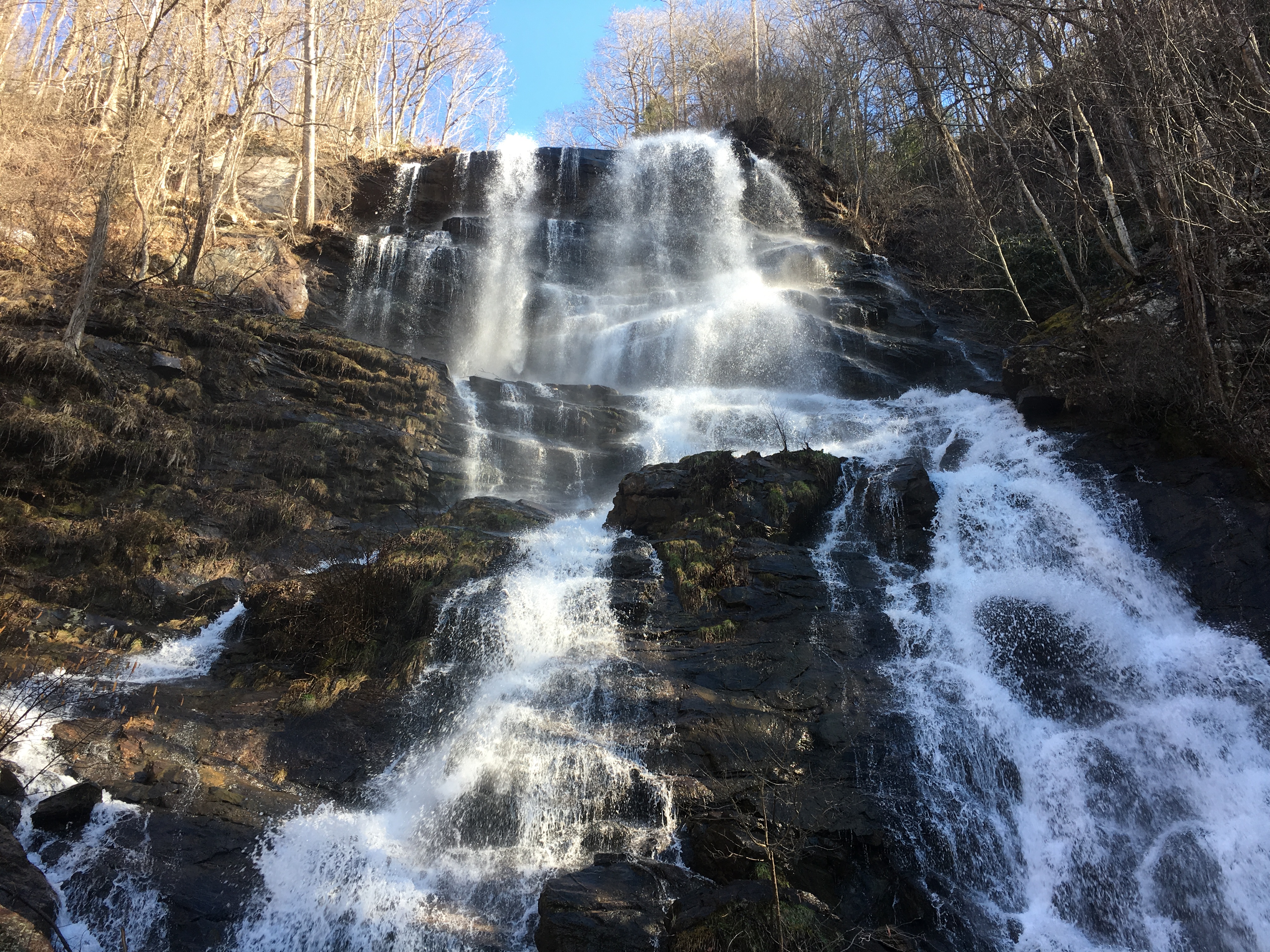 I thought I would have a hard time with the trail, especially the stairs, but I ended up fine. I was ahead of Sheena by the first set of stairs and when she waved me on, I continued. I arrived at Springer Mountain around 3 or so and set up camp at the shelter. Other than an amusing interaction with a curious field mouse my evening was uneventful. I went to sleep around 8. I have suspicions that temperatures dropped below freezing on Saturday night because I woke up several times absolutely freezing.

What I’ve preemptively learned from other seasoned hikers: when its cold at night, wear LESS layers (one thermal layer if possible) and stuff all your clothes inside of your sleeping bag for insulation. I ended up pulling on an extra pair of socks for my feet and slept alright. What I’ve also learned is that when you have to pee and it’s cold, go pee. It’ll actually help you stay warmer!

Day 2: Now kind of on my own, I set off around 8:30 toward Hawk Mountain Shelter. I made quick work of the miles and was at the shelter by 1:30. However, the shelter register indicated that a sick hiker had passed through recently and the shelter was contaminated. In an effort to avoid getting sick, I decided to push on. I didn’t think I would make it to Gooch Mountain Shelter but I had my eyes on the Devil’s Kitchen campsite. However, after many miles, I fell short of my goal and decided to camp at Coopers Gap with a fellow thru-hiker, Garrett. He had a fire going when I came up, and after I set up camp we chatted and ate for hours before I turned in.

Temperatures were more bearable but the wind was fierce. At one point I was awoken when my tent began to tilt to one side. The wind was blowing so hard it had pulled my tent stakes out of the ground! I jumped out of my sleeping bag, accidentally kneed (and popped) my pillow, and fixed my tent before it could blow over. The rest of the night was uneventful. 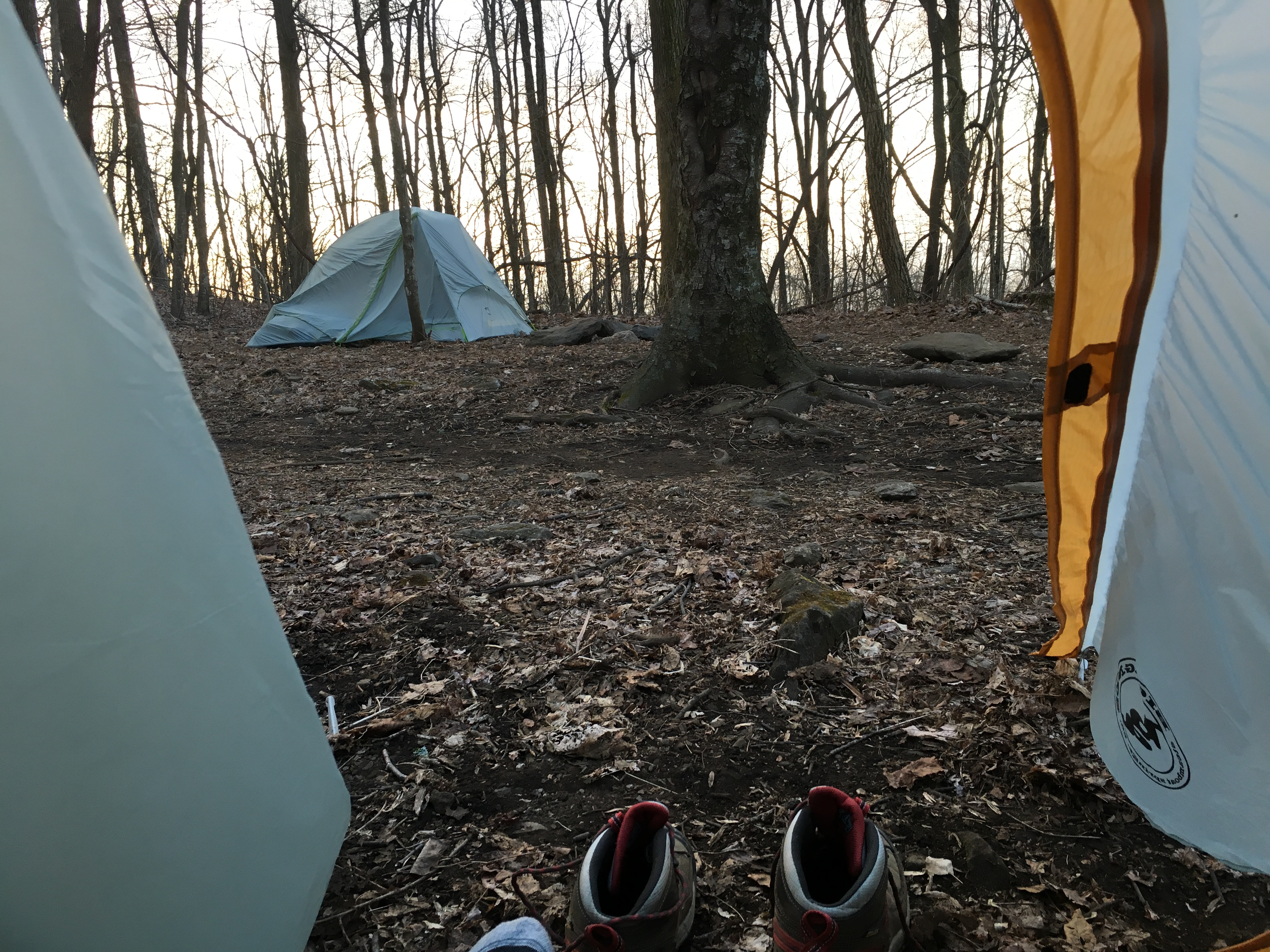 Day 3: I woke up to the wind still blowing. I stayed in my sleeping bag until 7:30 before deciding to get up. Fortunately, the wind had died down by then. I grabbed both my and Garett’s food bags from where we had hung them the night before, and had my breakfast while Garrett broke camp. While he was eating, I did the same with mine.

We bid each other farewell and hiked on. We often traded places throughout the day, ending up together at Gooch Mountain Shelter. I stopped for lunch, and refilled my water reservoir before pushing on to Woody Gap.

I arrived at Woody Gap at 4:30, and only had to wait half an hour before the shuttle to the Hiker Hostel arrived. Once at the hostel I took a nice shower, tossed my stinking clothes in the washer, and enjoyed my time by the campfire.

What I have found to truly help me on the trail is not to think of the big picture. Instead of thinking, Katahdin is X miles away, I focus on the smaller picture. I say to myself, “Woody Gap tonight and a nice hot shower.” I don’t even think about tomorrow’s mileage. 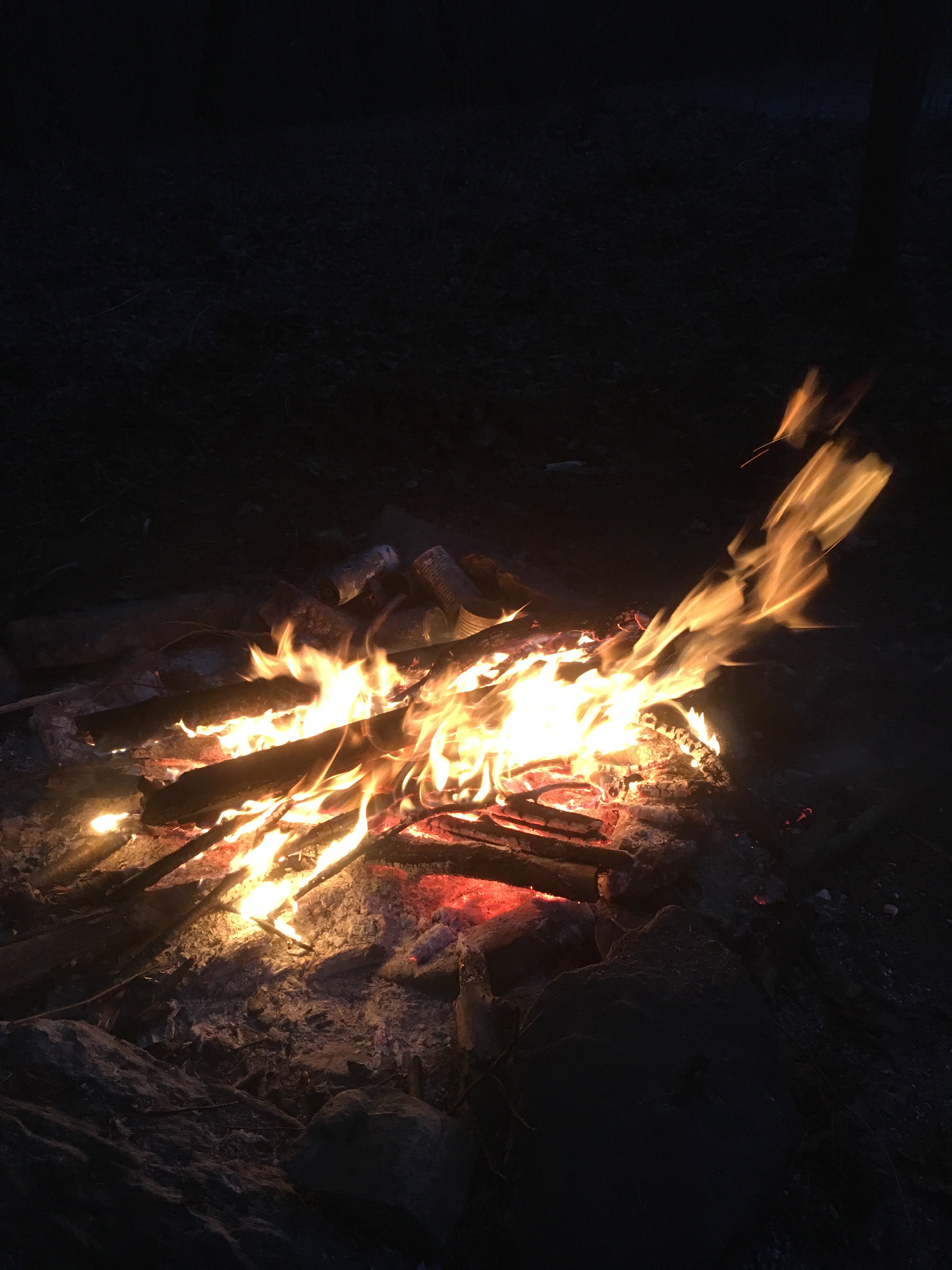