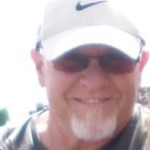 It’s been 6 months, and I’m finally ready to write about it!  Six weeks after my “graduation” from work and a month since turning the corner on 6…0……Bandanaman earns the new trail name “Chopper”

What started with a summer 4 day hike from Pa. SB into Maryland, turned into a Chopper Ride 1/4 mile from the “finish line”.  After 4 years of attempting to keep up with my better conditioned brother, “Shrek”, I finally listened to the “hike your hike” mantra.  Joined for the first time by our niece, Kelsey, a recent graduate from Georgetown College and cross country and track student-athlete, Kelsey and “Shrek” started a day further north with the understanding they’d catch me on my first day heading south.

Little did we know that we were actually starting our trip at the site of the ice cream challenge!  We’ll all have to save that challenge for the real thing coming up!  Unbeknownst to me, they had put in a 20 miler on their first day, putting them in no mood to start too early.  They met me at camp, a shorter 10 miles down the AT that afternoon.  The rookie, Kelsey, came much better prepared as a first-timer, with her sleeping equipment.  My brother and I learned how cold it could be in the Pa. mountains in August and froze our tails off.  Me in my Eno Double Nest and he in a lighter ground cover.  Temps reached down into the lower 40’s…..OUCH!

That first day we met “Brother Blood” and his team of “Legal Eagles”, three lawyers hiking with him.  Brother Blood is another aspiring 2016 thru-hiker and is also an REI professional.

Hike your hike was great for my mental makeup as I took side trails if I wanted, ate lunch and snacked or rested as needed and met up with the crew later each day.  I also spent considerable time making sure to keep up with my hydration.  August was HOT during the day and saying that I sweat profusely would be a laughable understatement.

The Day Out Hike after 4 days was a short 6 miler to “High Rocks” in Maryland.  Rocksylvania obviously poured over into northern Maryland and there were a couple spots where hiking solo, I lost sight of the white blazes and got a little off track.  When I was hiking with Shrek and Kelsey, Kelsey was always way out in front and identifying the route for us when she let us catch up.  Thus “Scout” became her trail name……an appropriate moniker to be sure!

As the early morning started heating up, I made sure I kept up with my hydration, constantly sipping down small to medium gulps as I snacked on gorp, nuts and licorice and kept a good pace.  When I got a little off track, I found myself in a larger Boulder field and instead of the easier backtrack, I made my way cross country thru the boulders to the white blaze in the distance.

It was soon after one of these side trips that I started feeling it…..sweat was pouring off me like a faucet and when I’d stop to rest, I noticed a feeling of fatigue unlike any other time.  I’d stand over my hiking poles and lean over a rock until it was saturated with dripping sweat and then move on.  After several rocks, I noticed it simply wasn’t taking as long.  Keep hydrating I told myself over gulps of water.  I finally took off my pack and sat on a large rock and tried to eat something.  That didn’t go well at all as I couldn’t stomach it and spit it out….drink more, drink more.  A day hiker passed by and when I asked about my  finish line, he told me it was only 1/2 mile or so.  SWEET!

The mind was willing, but the body was NOT…..I made a little progress and stood over  my hiking poles again as a couple and their dog came down the trail from their starting point and my finish point….1/4 mile further, but a pretty steep ascent.  I knew them….from a lunch break only two days earlier….nice couple, doing day hikes on the AT through Pa. And Maryland on weekends and days off.  They asked if I was Ok.  I didn’t lie, “no”, I replied.  They asked if they could help by carrying my pack to the top.  I agreed.  As I set my pack down, I felt a wave a nausea  hit me.  “Hang on a second” I said as I leaned against a large tree.  The next thing I knew, I was laying on the ground facing up  with my newfound friends standing over me.

I had FEINTED…..SERIOUSLY??????  The first thing she asked was…..”do you want me to call 911?”  “No”,I replied, “I must be dehydrated”, so I sucked down more water and relaxed for a couple minutes before getting up.  When they asked if I wanted help getting up, I denied them thinking if I couldn’t get up by myself, I certainly couldn’t finish my last 1/4 mile!  Mule…..I got up and thought I was ready until step #3 when I returned to my tree……2nd verse, same as the first……FEINT#2.

“Yea, call 911 and could one of you let my brother and niece know?”  It didn’t take long for a swell of rescue workers to show up along with Shrek & Scout.  They hooked me up to an IV immediately and took all my vitals.  Scout held the IV bag as I hatted with one crew.  In the meantime, a separate emergency extraction team was planning my “out”.  I heard talk of carrying me out that was VERY brief.  “Let’s find space for a chopper to pull him out” I heard as my IV was starting to create a brand new me.  ” I feel really good” I said, ” I can walk out”…..”No”, the professionals said looking at the white chin whiskers and wrinkles.  I deferred to the pro’s judgement and the chopper was called.

I heard a chainsaw and felt a deep sense of loss as a large mature tree paid the price for my upcoming extraction.  In its place was now an opening large enough for a sled drop.  Walking to the site on a serious hill, I watched as the chopper lowered the sled with the helicopter blades churning and throwing broken limbs and debri around with the rescue team dodging the debri.  A helmet was placed on my head and strapped on.  My instructions: “climb in, hold on and don’t try to get out”.  My brother Shrek at this point tells me “I’ve gotta get this on video, I’m going up to High Rocks” as he disappears up the trail.  I didn’t realize these things didn’t have seat belts as I climb in and wedge myself in.  Thumbs up and I’m getting pulled up, spinning slowly.  I feel the tremendous power of the blades 100+ feet above me as they crank me up.  A huge dead tree with big branches reaching out try to bring me back to earth as the Maryland State Patrol Chopper and crew quickly pull me past the danger and I’m in the clear.  What a view is all I can think as I’m spinning in slow circles and getting 360 degrees of view.  Wow, Shrek and Scout were right about the view……but wrong about me getting to see it (unfortunately).

The trip to the emergency room was fast and along with another IV and blood pressure, they hooked me up to an electrocardiograph.  They were fast and incredibly efficient and handed me off to the 2 Sarah’s on the emergency room staff.  More tests and a 3rd IV bag later, they declared my heart strong and attributed it to “dehydration”.  When I protested, they indicated that it was a generic term and that I had lost an incredible amount of electrolytes through the hot weather….Hyponatremia was a distinct possibility…..and a well earned trail name evolved…..Bandanaman was now also Chopper.  A reminder that my preparation was not complete.  The first thing that I did after being released 5-6 hours after being admitted, was to read Zach’s article on “must haves” for a successful hike.  Electrolyte replacements were one of the “must haves”.  I’d missed that and paid the price.  It’s also the last thing I’m researching before making my choice of products.  Less than 4 weeks left before our intended departure.  Time to make a decision.  Lastly, I asked myself “what would you have done if this had been your thru-hike?”  “I would have taken a zero, set up with electrolyte replacements and gotten right  back on the AT at the point where I was airlifted.”  With a big smile and nod of my head, I headed home.

I'm a former teacher and administratort and recent graduate from work . I'm also a husband, father of two and friend to many. I live in Suffolk, Virginia and I had a rather strange experience about 5 years ago that I can only describe as an "epiphany" of sorts. It was about doing a thru-hike on the AT. Short story made long, the plan is to flip flop starting March 13, 2016. Stay tuned.......and follow my brother, "Shrek" , newcomer to our adventure, niece "Scout"and I (Chopper/Bandanaman) as we start our great adventure!