Spring is here. The leaves are green, the flowers are blooming, and the animals are out to play. The first week of May has brought some very different kinds of animal encounters for me ranging from scary to adorable.

My hike into Woods Hole Hostel was an especially early one for me. I began hiking at 6:00 AM, about thirty minutes before anyone else, and made a joke to my friends before I left that I’d clear the little webs for everyone that form across the trail overnight. It was a peaceful morning that I had to myself as I was well ahead of any other hiker. I was hiking through a densely wooded area where I couldn’t see very far off trail because of the thick shrubs and the leaves that were now actually on them. At about 8:00 I rounded a corner and the sun, now properly out, was shining down the trail and I could see the glistening webs strung across in front of me. So, I stopped walking. I began waving my trekking poles in front of me to break down the webs. Suddenly, to my right, I heard a stick break. Then: sudden movement. And it was loud. Too loud to be a bunny rabbit. In the second it took me to turn my head I had a million little thoughts, first instantly jumping to thinking it was a bear, having just seen relatively fresh bear scat, and then, just as quickly, rationalizing that it’s much more likely to be a deer. I saw a flash of tan and thought, “yes, it’s a deer, and I’ve just scared it, and it’s running away from me.”

Well, I was half right. It was a deer. Only I had not scared it, and it was not running away from me. In fact, it was running towards me. Odd. Very strange behavior for a deer. Deer are frightful animals that run away from scary things and that includes humans.

It leaps out across the trail about six feet in front of me. So close I can’t believe it. And then, another movement to my right. For a second I think it’s a second deer but I suddenly realized why the deer would be running towards me: when what’s on the other side of it is scarier.

Sure enough the deer is being hunted by a coyote. The coyote bursts out through a smaller space in the shrubbery than the deer could fit. It’s even closer to me than the deer was. I could have probably touched it with my stupidly waving trekking pole. Everything happened too fast for me to have much of a reaction before the coyote bounds off the trail again to the left to continue the chase. I stood frozen for about four seconds before hiking on very quickly and very loudly. It was one of those moments that was both terrifying and wonderful at the same time. A true once in a lifetime experience.

A more traditional animal encounter that A.T. hikers get is the wild ponies in Grayson Highlands State Park. Everyone told me that even in bad weather we’re likely to see the ponies but I was nervous anyway that I’d someone hike and not see any. The ponies were near the top of my list of A.T. experiences I was most excited for. I talked about the ponies for weeks leading up to it.

I first saw some at a shelter right past the spur trail to the Mount Rogers summit. I actually stopped in my tracks and gave out a little squeal. I was 11-years-old all over again meeting my first pony. You’re not supposed to feed or pet them. But what are you supposed to do when they come right up to you and lick your sweaty, salty, hiker skin? I dare someone to pass on that temptation. 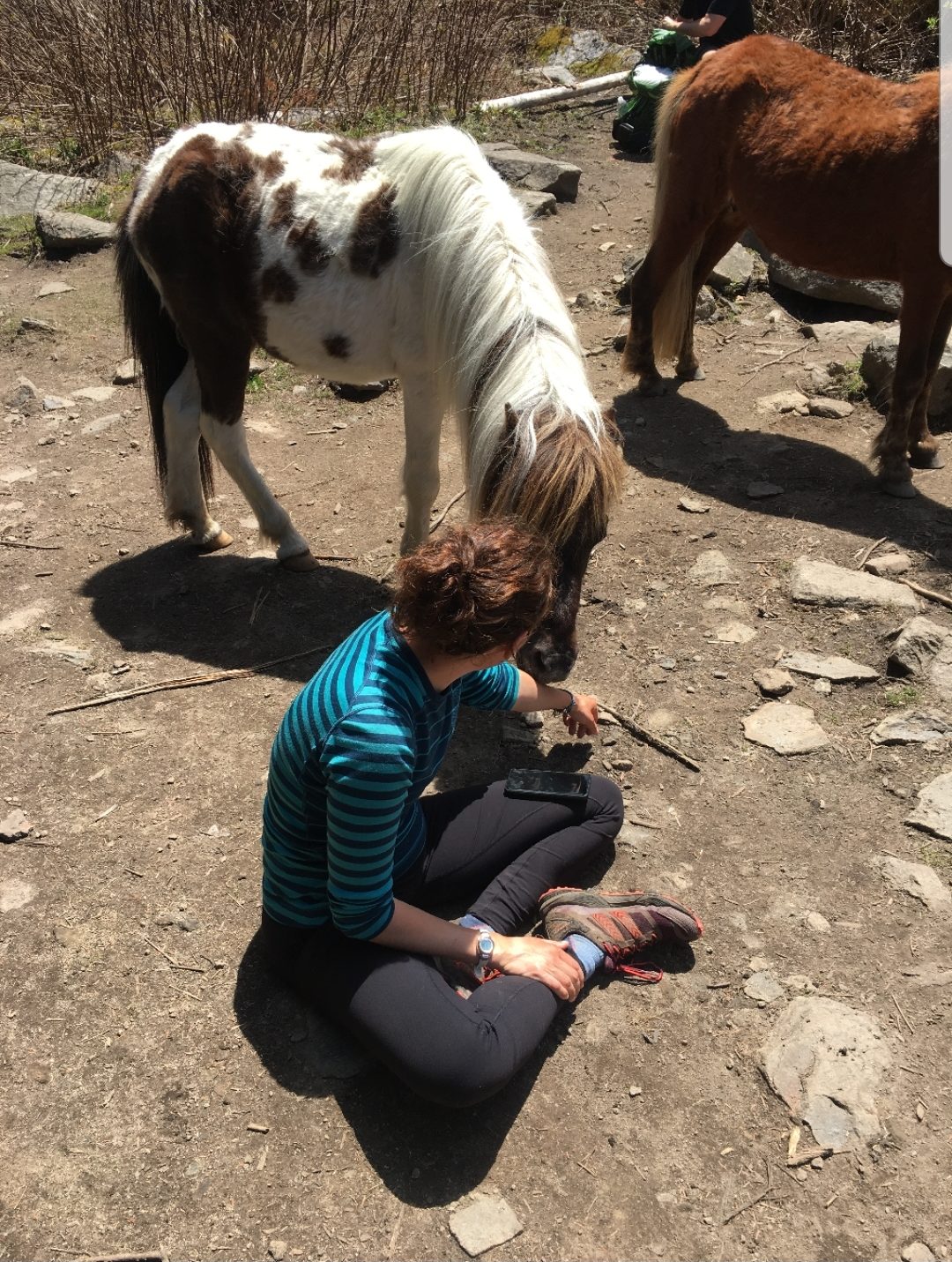 As I continued on I passed through fields that had several more herds. I saw a few dozen throughout the day and saw three foals as well. They were so young they spent all their time either napping or feeding off their mothers but they weren’t even grazing yet. 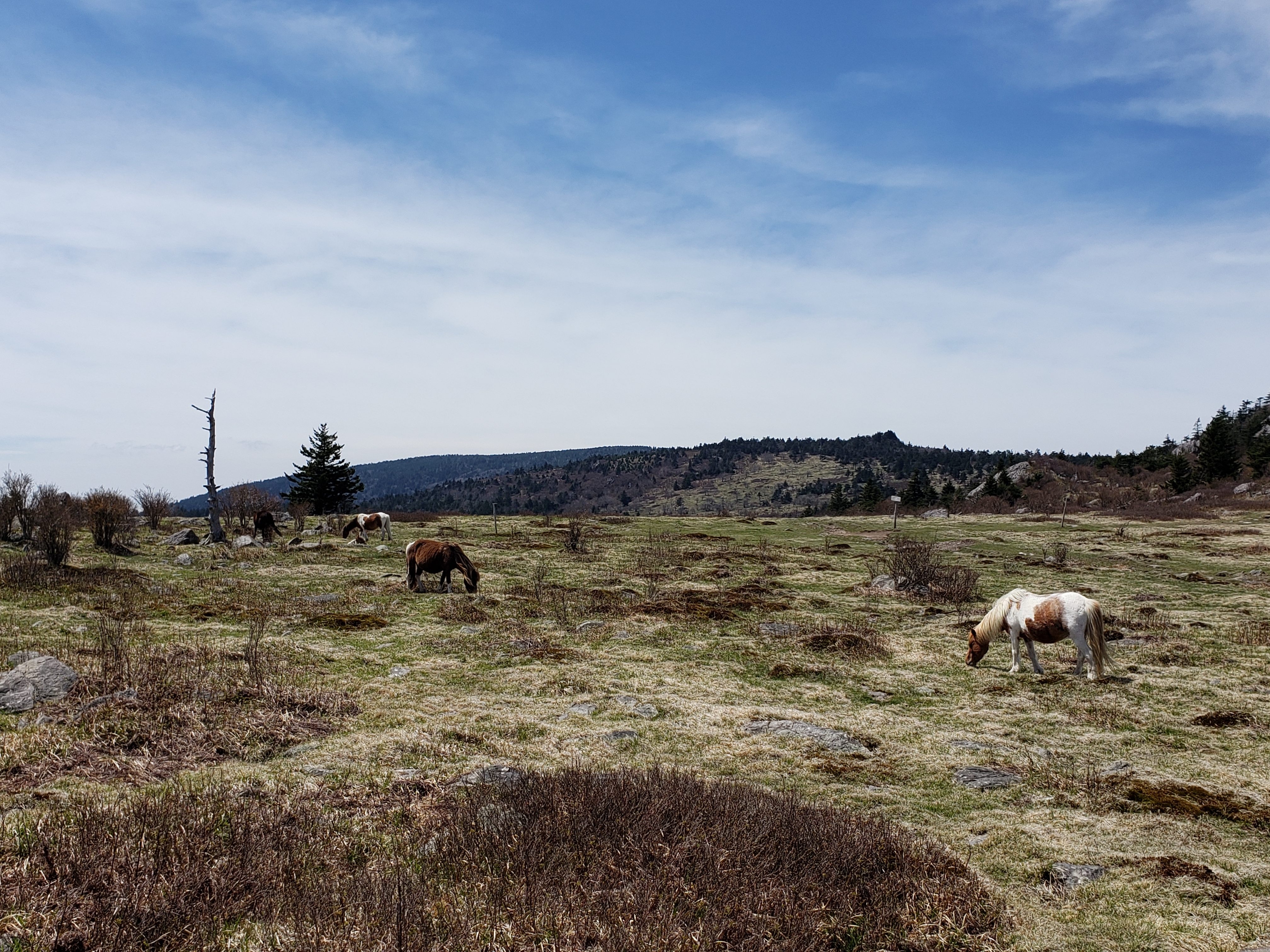 I couldn’t help myself. I let them lick me as much as they wanted. I did not, however, feed them, and would like to stress how important it is not to do so. These ponies are tame and adorable and used to people but they are still strong animals that are wild. I did witness a pony become aggressive with another hiker that did feed it. 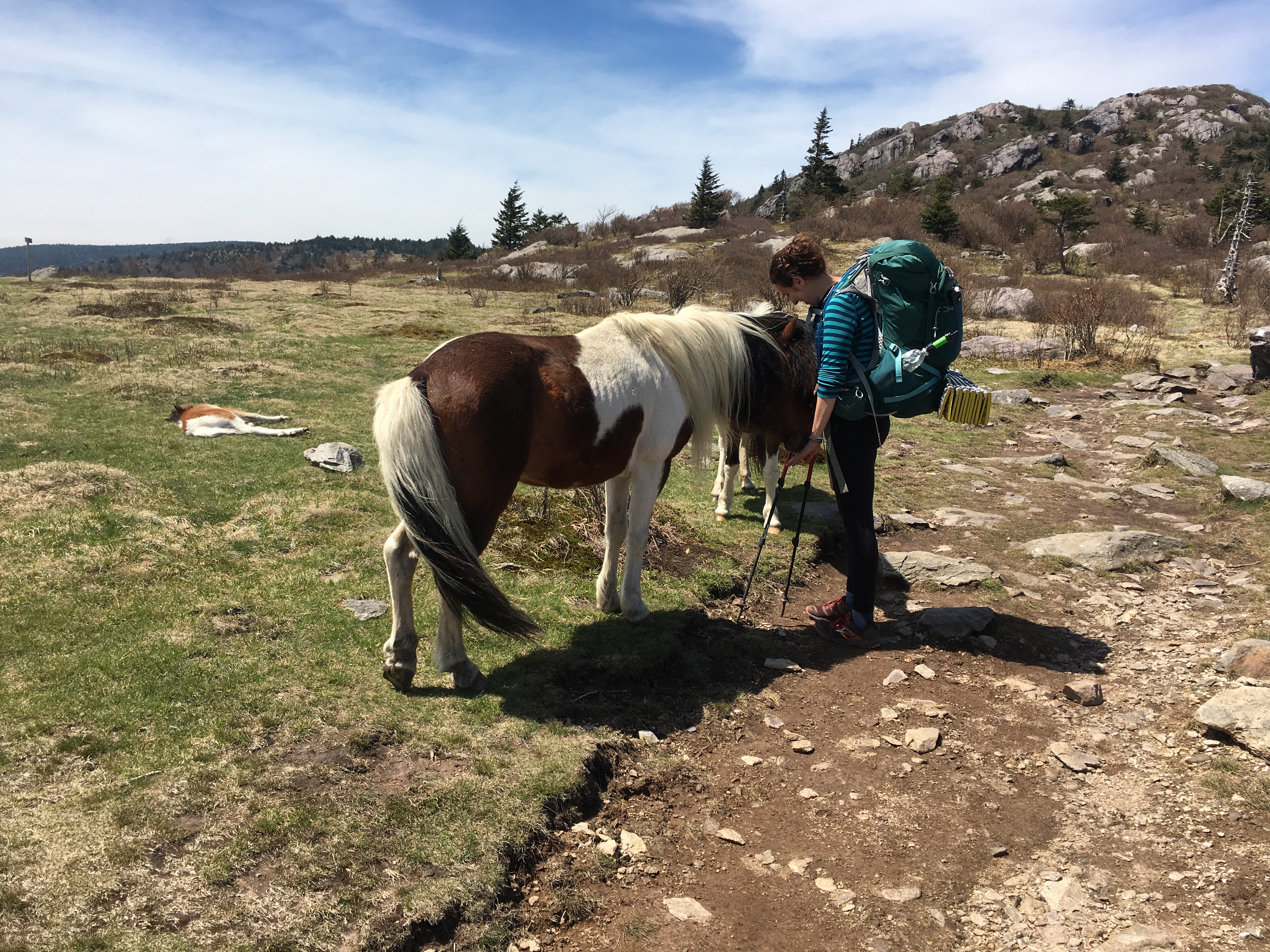 My fear of not seeing ponies ended up being silly. I saw them throughout the entire day and even at the shelter I was camped at that night. During dinner a very pregnant mare came up to our table at the shelter. A perfect end to a perfect pony filled day. 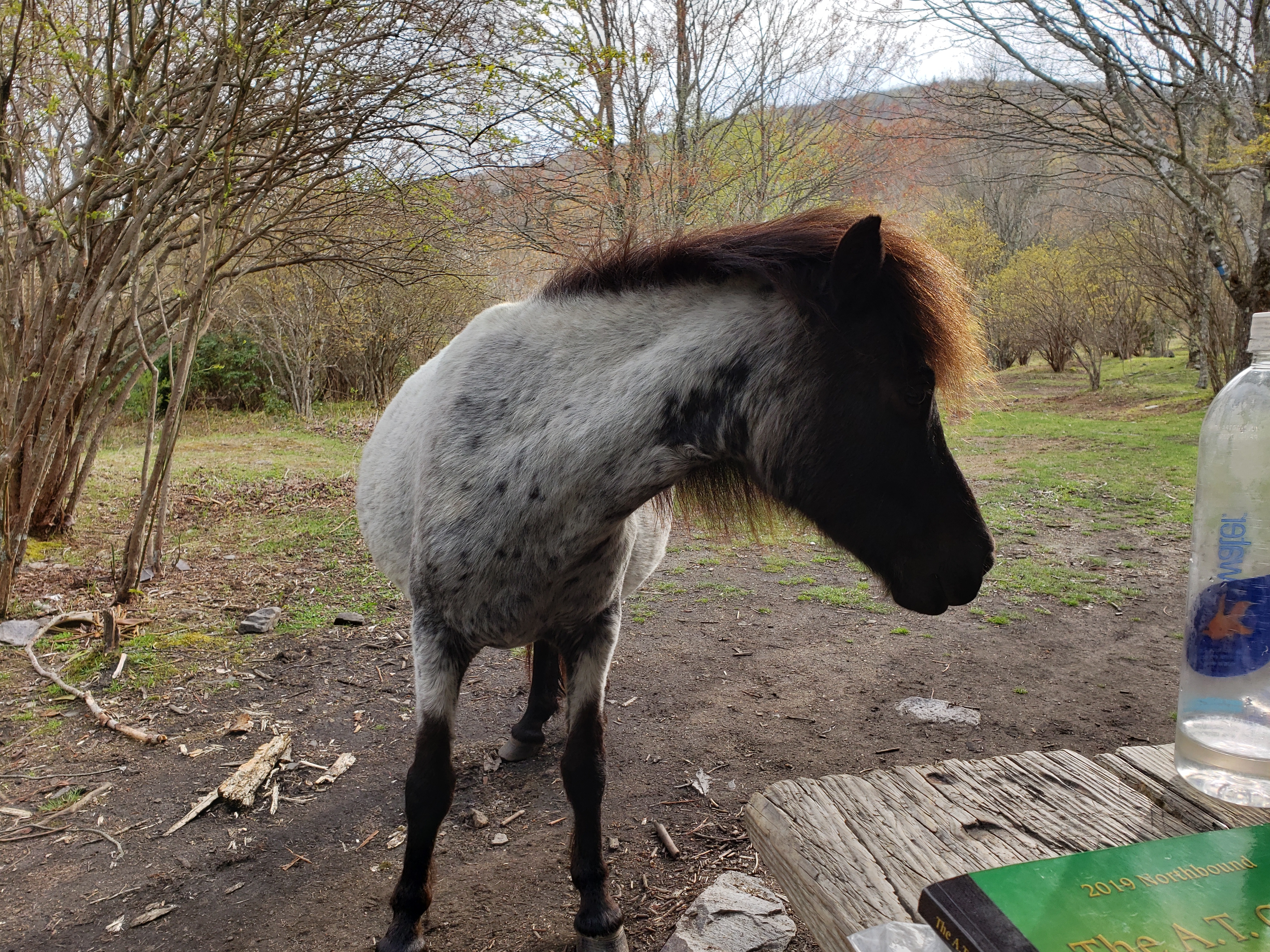 Cows. So many cows. Hiking through southern Virginia has brought me through so many cow pastures. And I don’t mean you hike near them, or next to them, but the actual trail goes right through the pastures. I love it. As with the ponies, the cows are so used to people they don’t think twice about you. 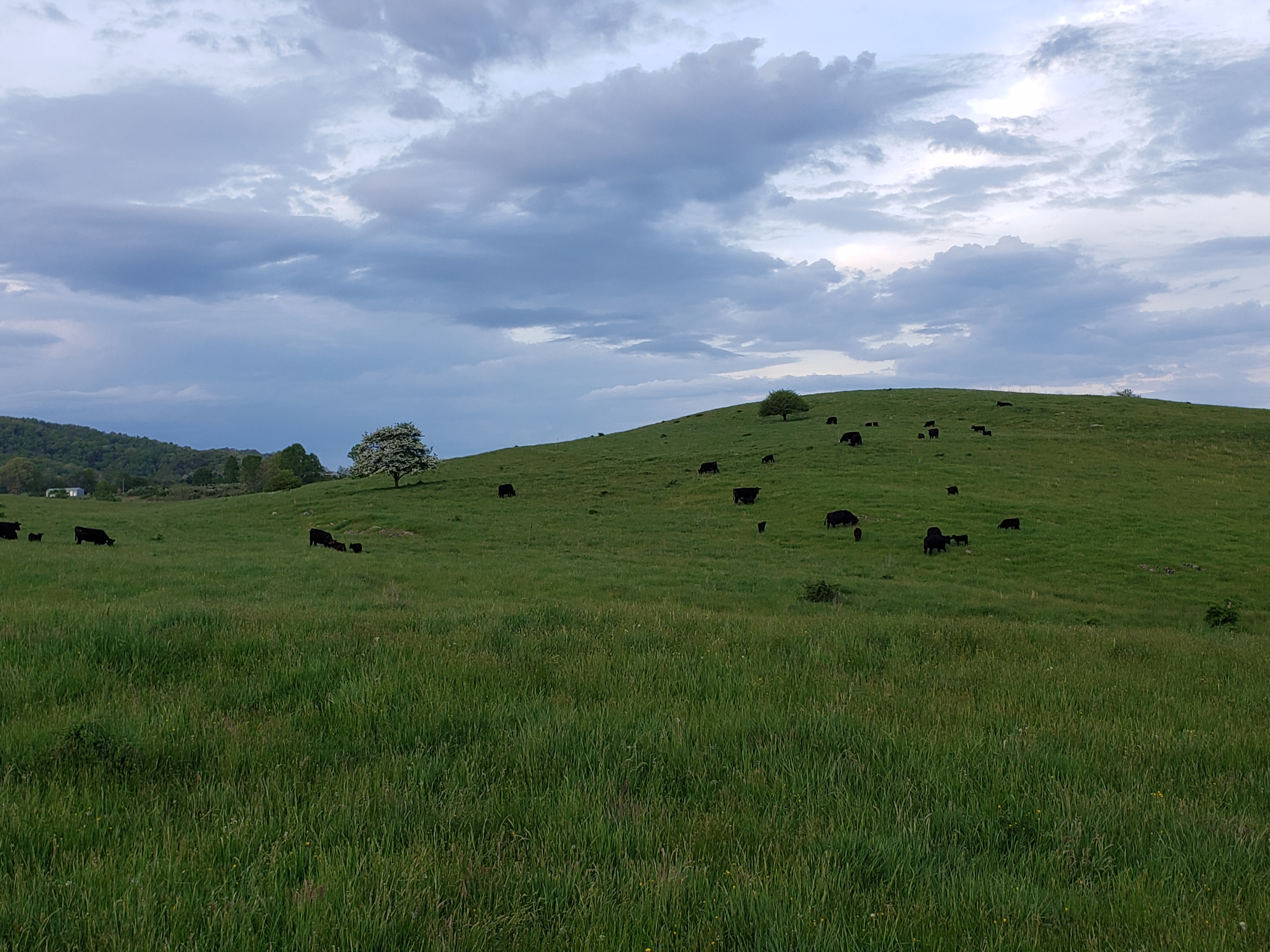 I actually find it quite amazing that all these farm owners are willing to allow hikers hike through their pastures and trust that we’ll all properly close and re-lock the gates as we go through. Just another amazing aspect of the trail and the community.

I’ve seen some other critters as well including black snakes, some interesting lizards, and a totally adorable turtle. No bears yet, but Shenandoah is coming up soon!