A Tennessee National Guard medical flight crew – along with the National Park Service – coordinated a search and rescue effort on Tuesday, January 18th in response to reports of a stranded hiker in Great Smoky Mountains National Park.

The 28 year old hiker was visiting the area from California and was traveling on the Appalachian Trail when he became disoriented from heavy snow. With the state of Tennessee experiencing one of its snowiest winters to date, the park had received over 21 inches of snow only a few days prior. The hiker lost sight of the AT’s route due to this deep snow, and unintentionally began to travel off-trail.

Officials said the Tennessee Military Department and the Tennessee Emergency Management Agency were notified shortly after 9:30 a.m. Tuesday that a backpacker was stranded. Using his cellphone data, they were able to pinpoint the hiker’s location to a ravine that was “well off trail, and deep within the park’s backcountry” near Gregory Bald in the Great Smoky Mountain National Park. 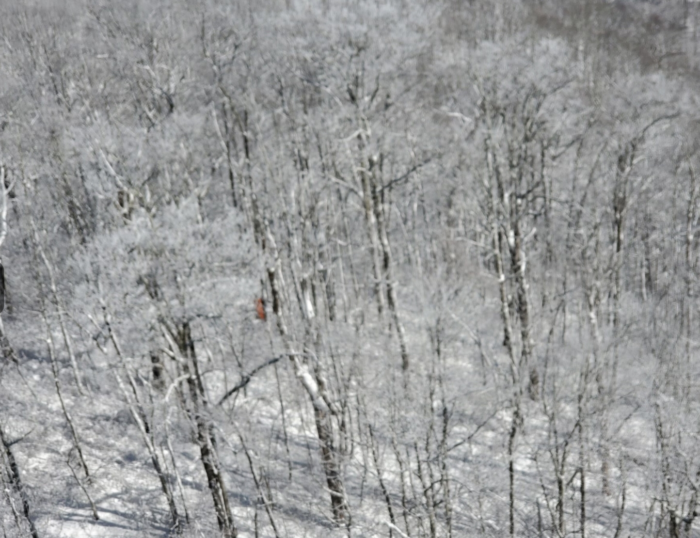 Location where the 28-year-old hiker was found. Image via

Park rangers called in the Tennessee Army National Guard after determining that the location would take rescue crews nearly 8 hours to reach by foot. The flight crew was able to locate the hiker just after 10:30 a.m, and he was airlifted to the University of Tennessee Medical Center in Knoxville. Officials said the entire rescue mission took less than an hour and a half.

Although his condition has not been released, the hiker was found both wet and cold in waist deep snow and was showing signs of hypothermia.

The rescue is the second related to the snowstorm that hit Western North Carolina and eastern Tennessee over the weekend of January 15th. On Jan. 16, the Haywood County Search and Rescue team assisted a stranded hiker less than an hour outside of Great Smokey Mountains National Park near the Shining Rock Wilderness, after a backpacker got caught in the storm and made a cell phone call for help.