Hold on to your hats, folks, because you’re about to embark on a wild ride known as the Massachusetts Appalachian Trail. After hundreds of rolling mid-Atlantic miles, the longer views and higher elevations of the Berkshires make the Bay State feel memorably different. This gem of a section begins (or ends) on the rocky slopes of Bear Mountain at the Connecticut border. For 91 miles, you’ll traverse rugged peaks and soothing seas of conifers, explore charming New England towns, and dip in cool swimming holes. What’s not to like? 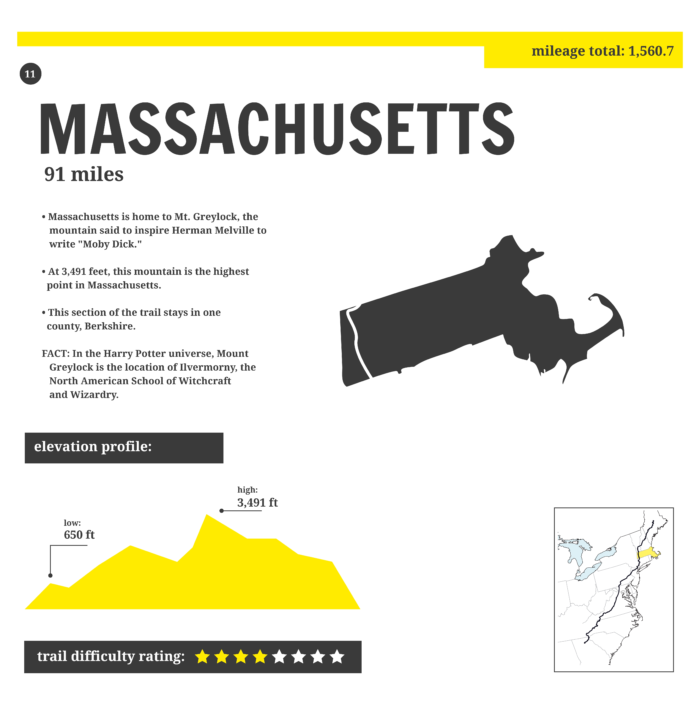 It’s fitting that Massachusetts begins on the slopes of Bear Mountain—after all, it’s a bear of a state. Compared to the mid-Atlantic and Connecticut, climbs in Massachusetts are generally longer and better graded. That said, this state still has its share of abrupt ups and downs. Mount Everett in the southern part of the state poses a challenge due to its steepness and rockiness, while Mount Greylock up north is formidable mainly because of its size.

Hikers will contend with plenty of elevation change and rocky tread throughout the section. There is one notably mild stretch between Lee and Dalton, about 15 miles long. Take everything you read here with a grain of salt, of course; there’s no way to know what sections you’ll find hard or easy on a given day. 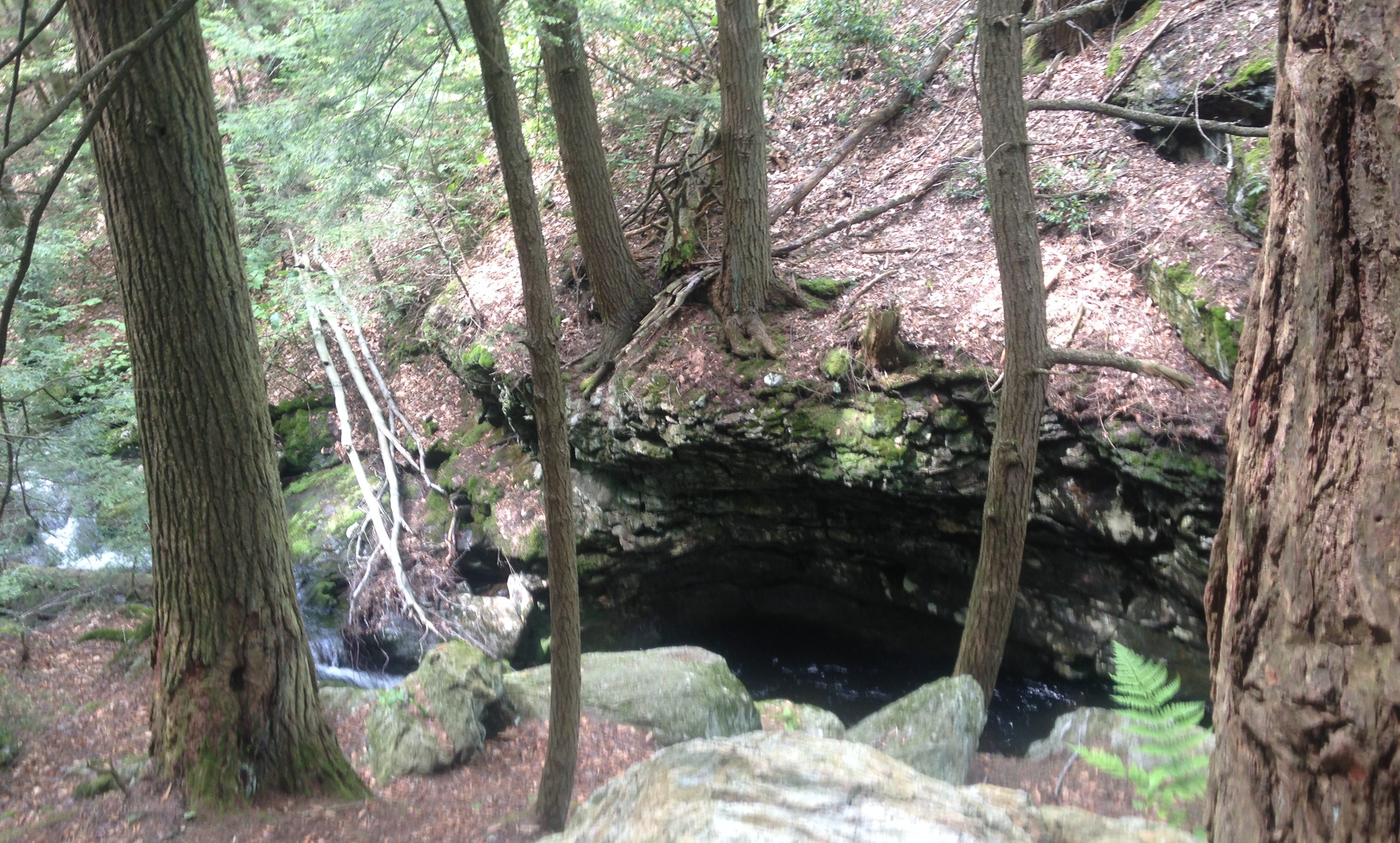 Just past the Connecticut border, a stream tumbles into a shallow bedrock gully via a series of cascades and deep pools. This is Sages Ravine, and we think it’s pretty epic. The ravine’s cooling waters beckon to prospective swimmers, while the music of the cascades reverberates gently off slick stone. It’s a perfect spot to eat lunch and rest sore knees after descending Bear Mountain. The AT hugs the stream bank for about 0.3 miles, giving you plenty of time to soak in its majesty. 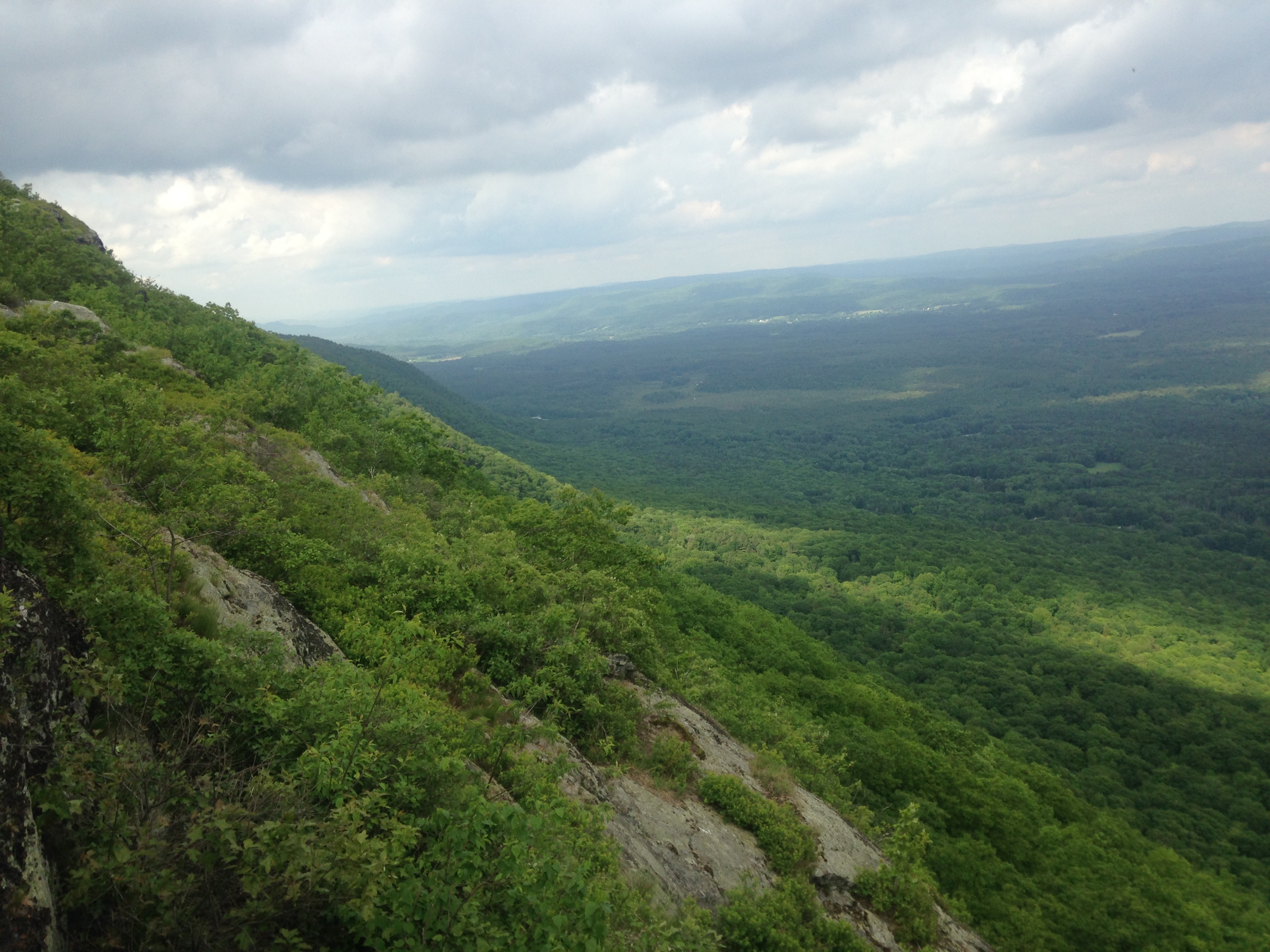 As you climb Mount Race, the rich soil and resplendent forest of the lower elevations give way to naked bedrock and low, shrubby vegetation. You’ll be able to take in a veritable ocean of trees, ponds, and pastures on this vertiginous 0.6-mile ridge walk.

After rocketing steeply down the north face of Mount Race, the AT immediately begins climbing again, this time to the summit of Mount Everett. The steep, unrelenting slab walk to the top of Everett is the only calf workout you’ll ever need. For those wondering what New Hampshire’s White Mountains are like, this hike is a good indicator. At the top, you’ll be able to enjoy pretty Berkshire views and explore the foundation of an old fire tower that once stood on the summit. 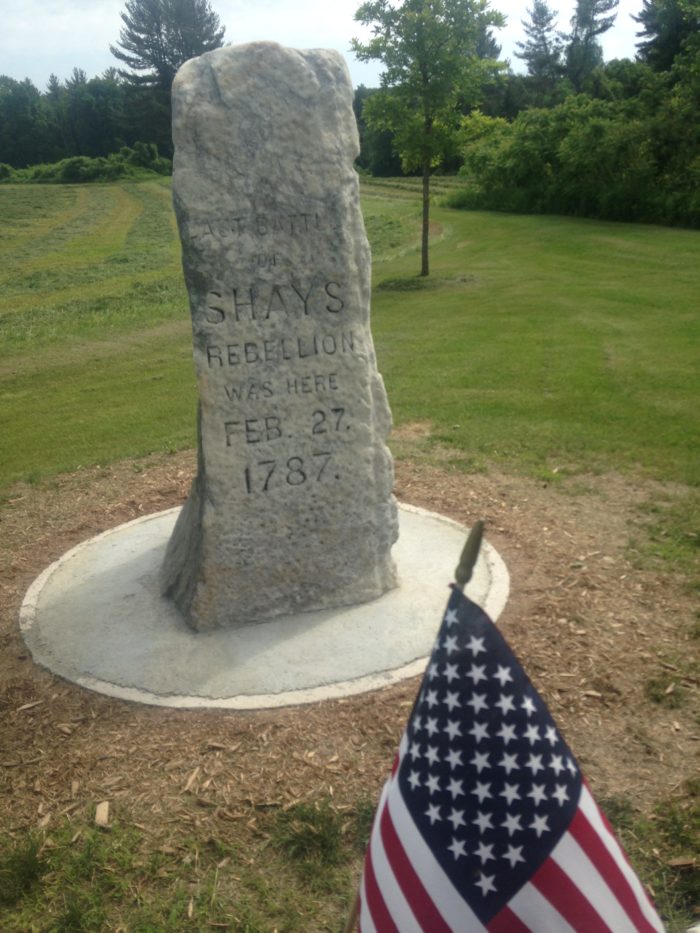 In 1786 and 1787, disgruntled Massachusetts citizens mounted an uprising against the fledgling US government’s taxation policies. The rebellion led to the Constitutional Convention and ultimately to the birth of our current Constitution. The AT passes through the site of this historic rebellion’s final battle, and a stone marker alongside the trail commemorates it.

Great Barrington is larger and more developed than your average trail town. It features a bustling downtown area with a multitude of dining and lodging options, along with some of the friendliest townsfolk you’ll ever meet.

An idyllic farm stand bedecked with a large AT symbol greets hikers emerging from the woods near Tyringham, MA. The stand isn’t manned, but if it’s unlocked you can leave money in an honor box in exchange for snacks, drinks, and farm-fresh goodies. In lieu of a logbook, the owners provide chalk so that hikers can sign their names on the shack’s interior walls. 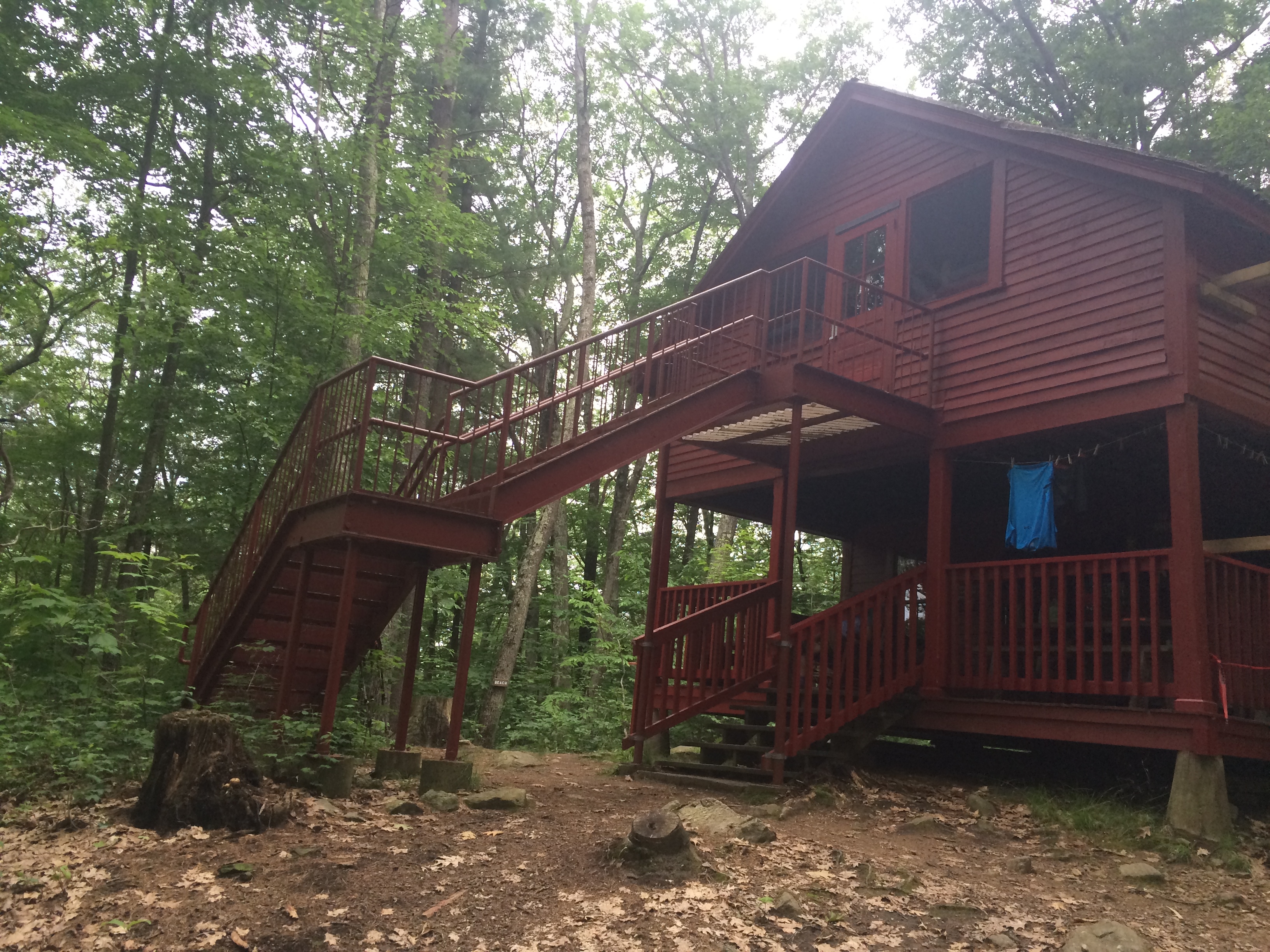 If you’re willing to make a half-mile detour off trail, Upper Goose Pond Cabin will reward you generously. The picturesque red cabin features a dock for swimming and canoes that are free for hikers to use. If you’re lucky, you may even be the beneficiary of one of the caretaker’s fabled pancake breakfasts. 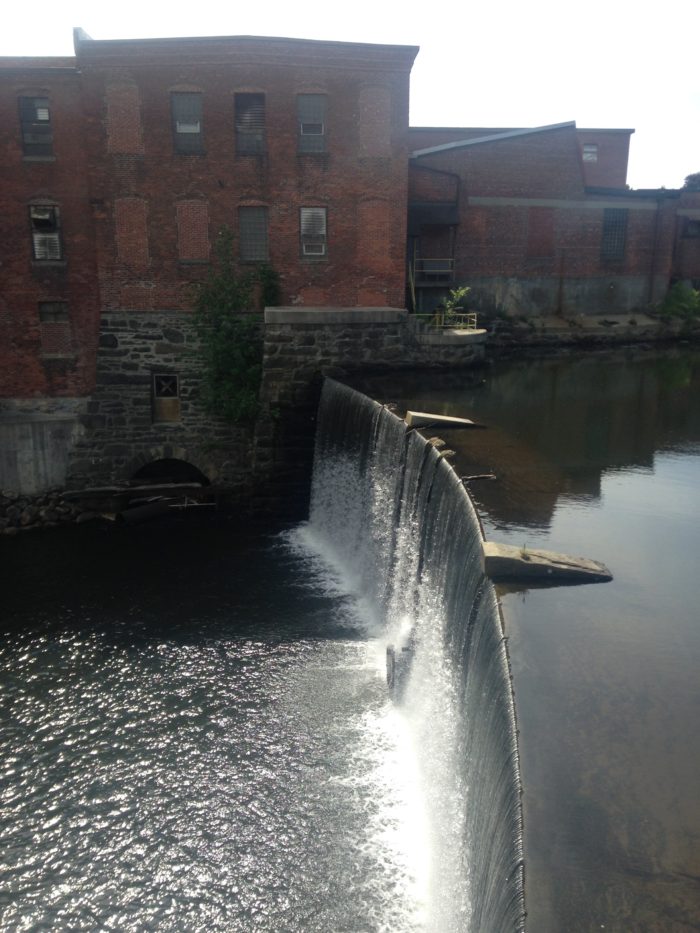 After some 15 miles of relatively flat walking, the white blazes will lead you directly down the main street of one Dalton, Massachusetts. Dalton is the epitome of a charming New England town, replete with pizzerias and ice cream parlors. For hikers looking for an adventurous side trip, the nearby town of Pittsfield has an Amtrak station with service to Boston. 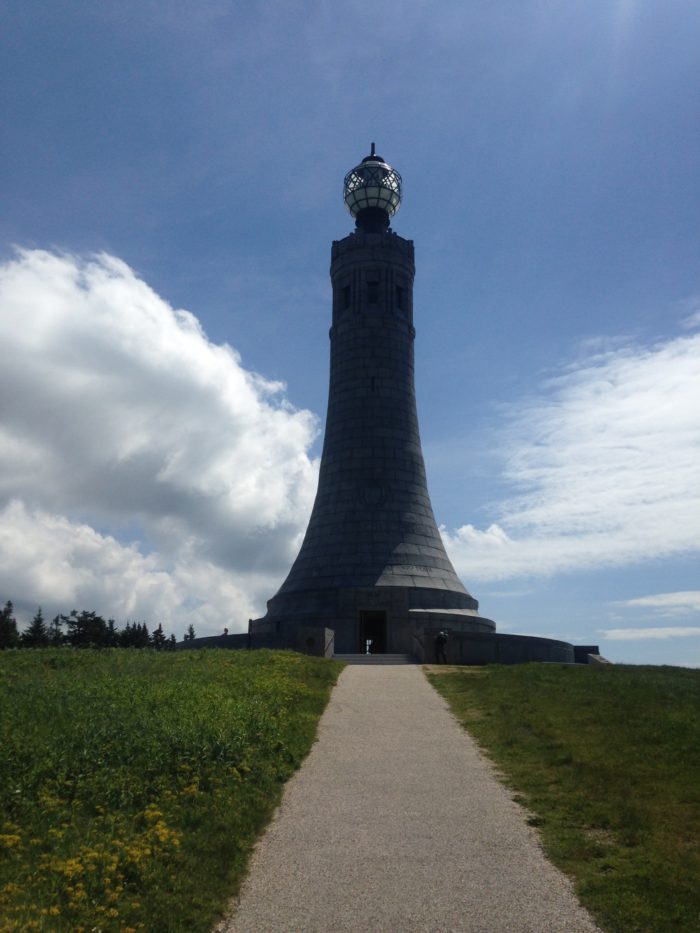 Mount Greylock is the highest peak in Massachusetts at 3,491 feet above sea level. The climb isn’t overwhelmingly steep, but it is long—eight miles from base to summit (northbound). The wide, grassy summit is an ideal spot for picnics, naps, and epic photo shoots. What’s more, you can see five states from the top of the stone veterans memorial tower that adorns the summit. Camping atop Greylock is prohibited, but the Bascom Lodge at the summit does offer private rooms and bunks. 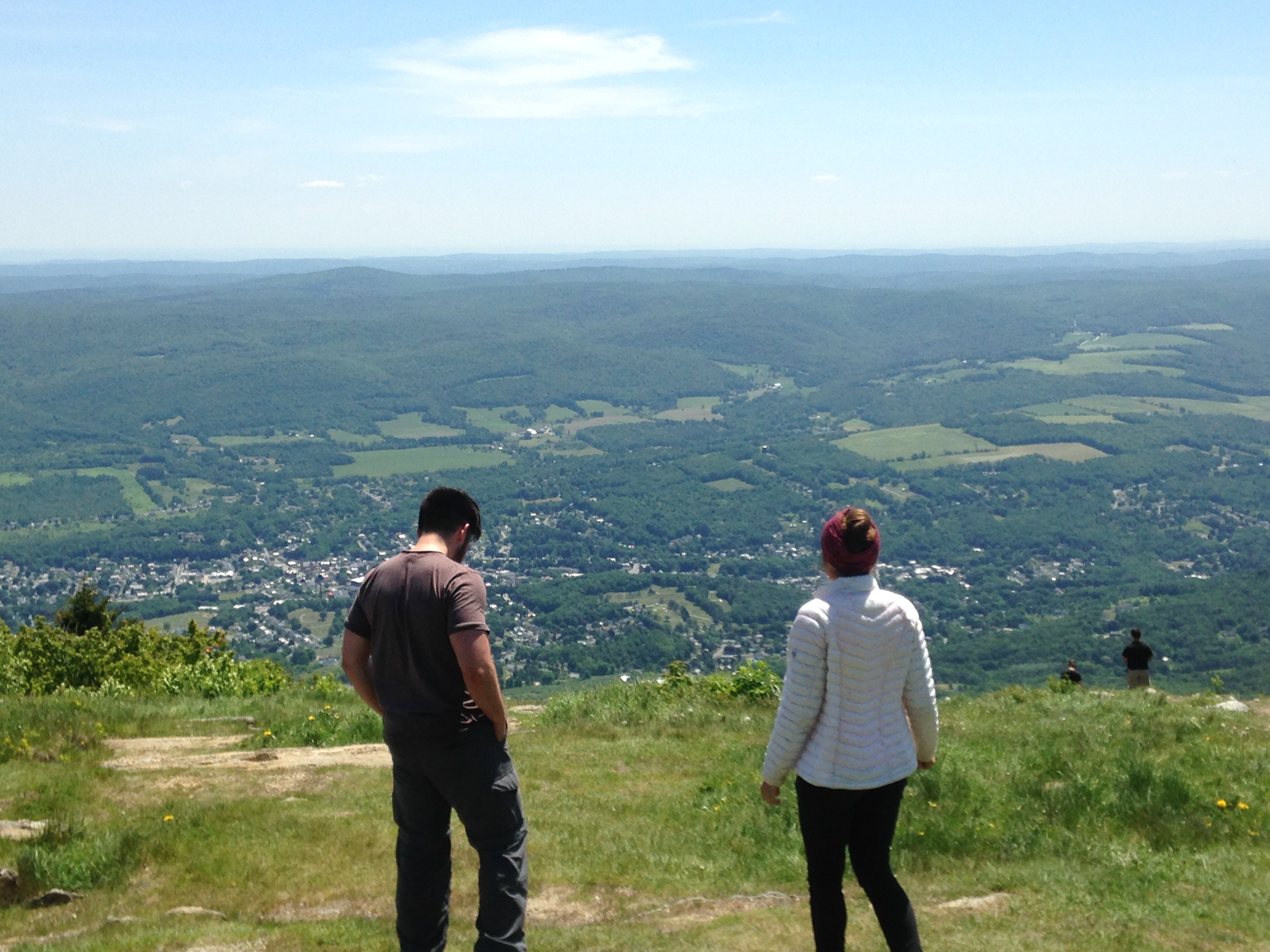 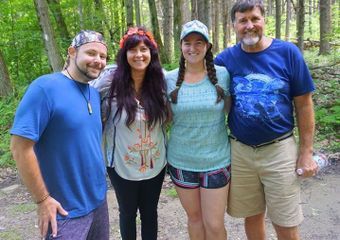 Magical MassachusettsOur AT journey has brought us through Maryland, Pennsylvania, New Jersey, New York, and Connecticut, and we can say with some confidence that none of those states compares with how great Massachusetts has been. Each day has either had some…Read More 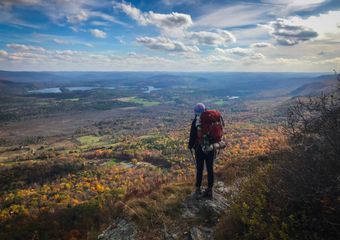 AT 7: Fall In MassachusettsFall foliage photos & one amazing video for Massachusetts follow this update Fall Continued... Last time I left you, my slightly intrigued audience, I had just finished Vermont and had entered Massachusetts. As previously mentioned, we have been following fall…Read More 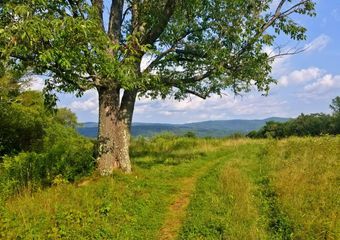 Massachusetts - My State of LuxuryMassachusetts (Aug. 13-20) Eight days, 90 miles After doing so many miles in Vermont, I really slacked off. The people there were wonderful so I'm relieved I didn't just blow through it. When I think back on Massachusetts in the…Read More 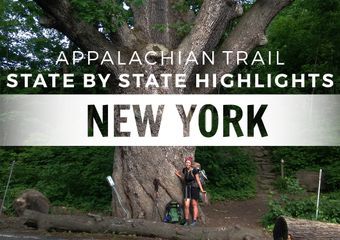 Appalachian Trail State Profile: New YorkAfter 70 miles of gentle ridge walking in New Jersey, the AT gets tougher in New York. It enters the state near the town of Lakeside, New Jersey (mile 1,368), and exits into Connecticut 87 boulder-strewn miles later (mile 1,465).…Read More 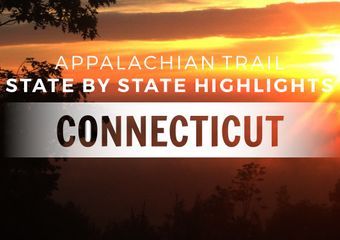 Appalachian Trail State Profile: ConnecticutConnecticut is among the shortest sections of the Appalachian Trail. It stretches just 50.1 miles from Hoyt Road on the New York border (mile 1,457.6) to Bear Mountain at the Massachusetts state line (1,507.7). Don’t let its size fool you,…Read More