– Jenkins Shelter to a few miles past Rice Field Shelter –

Awakening around 3 AM, the sounds lightly plopping on the tent could be heard. Pulling the top of the sleeping bag closer hoping that the rain would stop was done. Around 730 AM, awakening again, the rain was more pronounced. No refuge. Sigh.

Breaking down the wet mess, the camp was stowed in the flexible area of the pack. Hiking a few hours, a shelter could be seen.

Arriving here, the rains intensified furiously. Waiting near an hour in the shelter did nothing to stop the rains fury. Pack covers were put on and the miserable walk began yet again.

The trail was composed of thin jutting sharp rocks that ensured not many options for safely placing feet were available.

Sliding, walking and slipping were the normal strides for the longest time. Thats when the descent started. A few hours later, a horrible popping crunch came from the top of the left foot. Hobbling a bit, walking didn’t seem too bad at that point.

After 20 minutes, the pain set in horribly. The pain shot all over the foot as if it had been crushed. Another 10 minutes and hopping on the right foot using trekking poles as crutches was all that could be done. Arriving at a suspension bridge, Branden was told what happened. Crossing the bridge a taxi was summoned and taken to Pearisburg, VA. 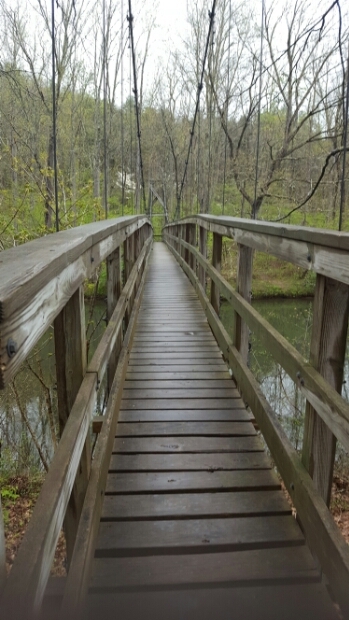 Securing a hotel in Pearisburg for a few days was the only choice. This was a low budget, plug anything into the outlets then would fall right back out kind of place. Getting in a hurry, cost a few zero days, bah. Ice, medicine and rest helped alot for this painful injury.

Note: Listen to the body, it knows best. Something starts to hurt, stretch it, gently roll it around or stop and take an elevated feet break.

Taking daily vitamins, drinking protein shakes, and having chondroitin along with pain meds seemed to be the fix.

Heading of town slowly, AT mile 637.5 (New River Bridge) was taken towards 637.8 (Access Road). Looking around for a white blaze, none could be seen. A construction sign was sighted a half mile or so off. An information sign might help.

The sign showed nothing of use. Backtracking about a few hundred feet, the missed turn showed up.

The route turned into an enclosed tunnel of foliage and razor thorns. This continued for a half mile before letting out to a bridge. Another half an hour getting lost yet again, the savior blaze was sighted.

The bridge was constructed of premium strength materials with a dark black fencing. This was followed until it lead under a highway and came out the other side. This wasn’t too bad yet.

Just beyond a campsite (not stopping), a severe ascent came into full view. Hiking up this path for a few miles, it evened out following a factory surrounded by fencing.

The area had a heavy smell of glue. This was like being in a grade school class during projects that used alot of glue. A sign read “don’t drink this water”. Looking at the water, it was a deep grayish, dark ooze. Message received. Onward to the shelter.

Continuing under some large electrical transmission towers, a loud buzzing was heard. Almost 9 miles in a few miles past Rice Field Shelter, a suitable site was found with a nearby water source. 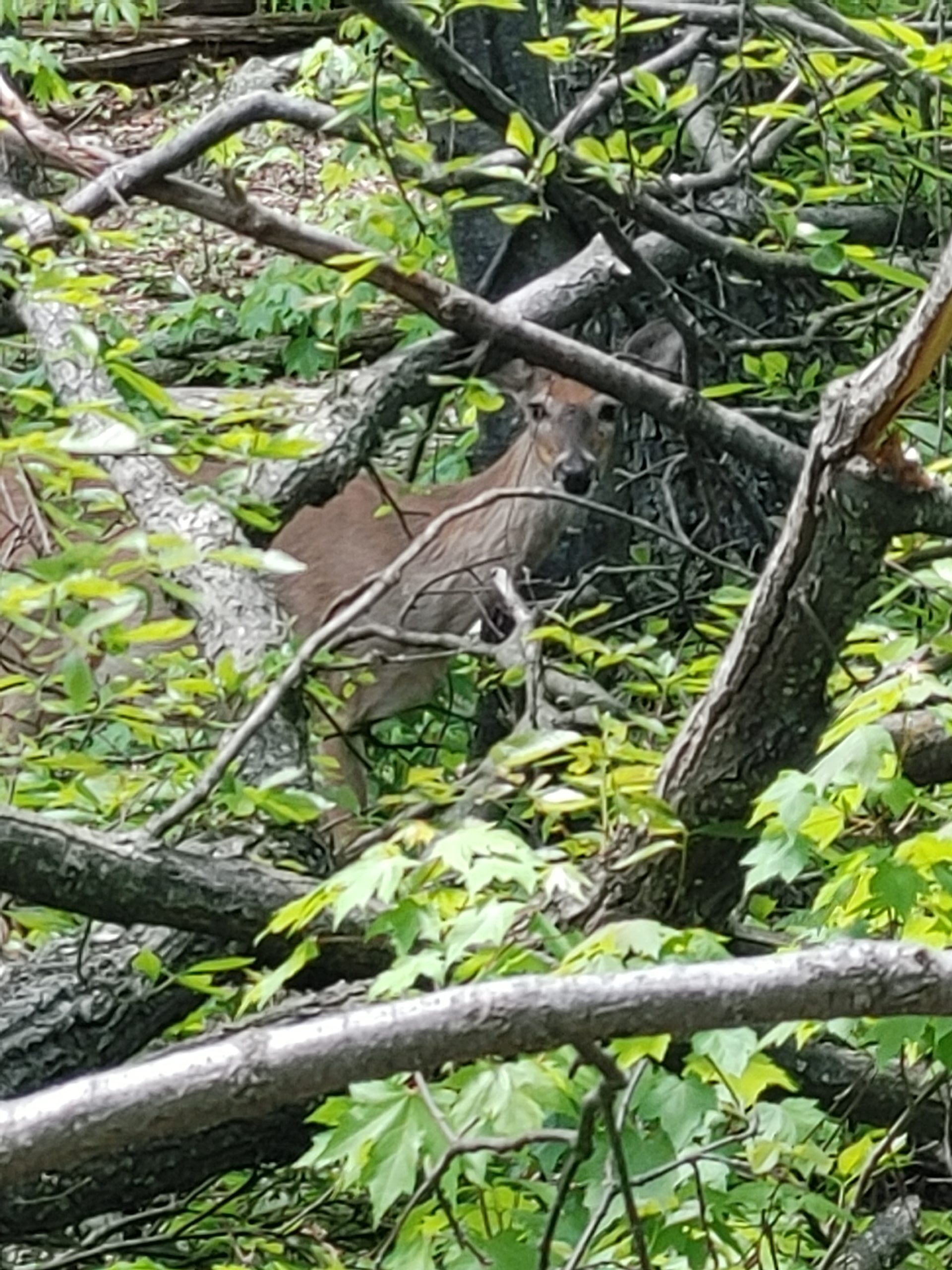 Once camp was setup, Branden said “look outside the tent.” 2 white tail deer were seen grazing nearby. Clapping and other sounds were made to let the deer know of our presence.

One swung its head up to down trying to see what caused the noises. After an hour or so, the deer moved on and sleep once again was a much needed ally for the night. Thinking about and hoping the days exercise was not too much for the healing injury.