Before setting off on trail, the same man who had previously given me a Snickers gave me a piece of a Crunch bar with peanut butter squeezed on it. He really knows how to make a fellow hiker happy. So I set off today with good feelings from yet another moment of kindness from trail.
The day started with a climb up Cheoah Bald. The word Cheoah seems to be associated with both a Tsalagi village called Tsiyohi (Otter Place). and with the Cheoah River, which is what is now called the Little Tennessee River (This was also another big river that some Nations forced to walk the Trail of Tears had to cross). Since Tsalagi communities were built around rivers and creeks, it seems that this body of water must have been known to have otters at the time. The actual word for otter is tsyia, so I am still not sure where Cheoah comes from. This view provided a wonderful view of the Smokies though! They were so close!!! I soaked in the view with a very excited smile.
I went through many uphills and downhills on the way to Stecoah Gap. This name is derived from a Tsalagi word, but it seems that its meaning is unknown. There were several villages named after the original word, Stikoyi. I had lunch down here and had an apple from trail magic someone left! Shortly after this gap is a climb called Jacob’s Ladder, which climbs about 600 feet in 0.6 miles. I made sure to stretch out a bit and then pushed on ready for a steep climb!
During my climb up, I listened to an episode of This Land, which covered an in-depth discussion of the process of allotment. For those unfamiliar, allotment was a racialized tool utilized by colonial-settlers in order to strip more lands from Indigenous peoples. The way it did this was by splicing up land that Indigenous people held communally into individually owned lots of land. Allotment started from the Dawes Act, which was passed February 8th, 1887. The episode was from the first season and is called 5. The Land Grab. I highly recommend this episode for those interested in the way the allotment process works.
The rest of the walk down into Cody Gap was not too bad compared to the climb I had endured. After some rock hopping and knee popping, I set my tent up and relaxed for the night. My excitement for the Smokies at this point was overwhelming!

The view from Cheoah Bald! 😁 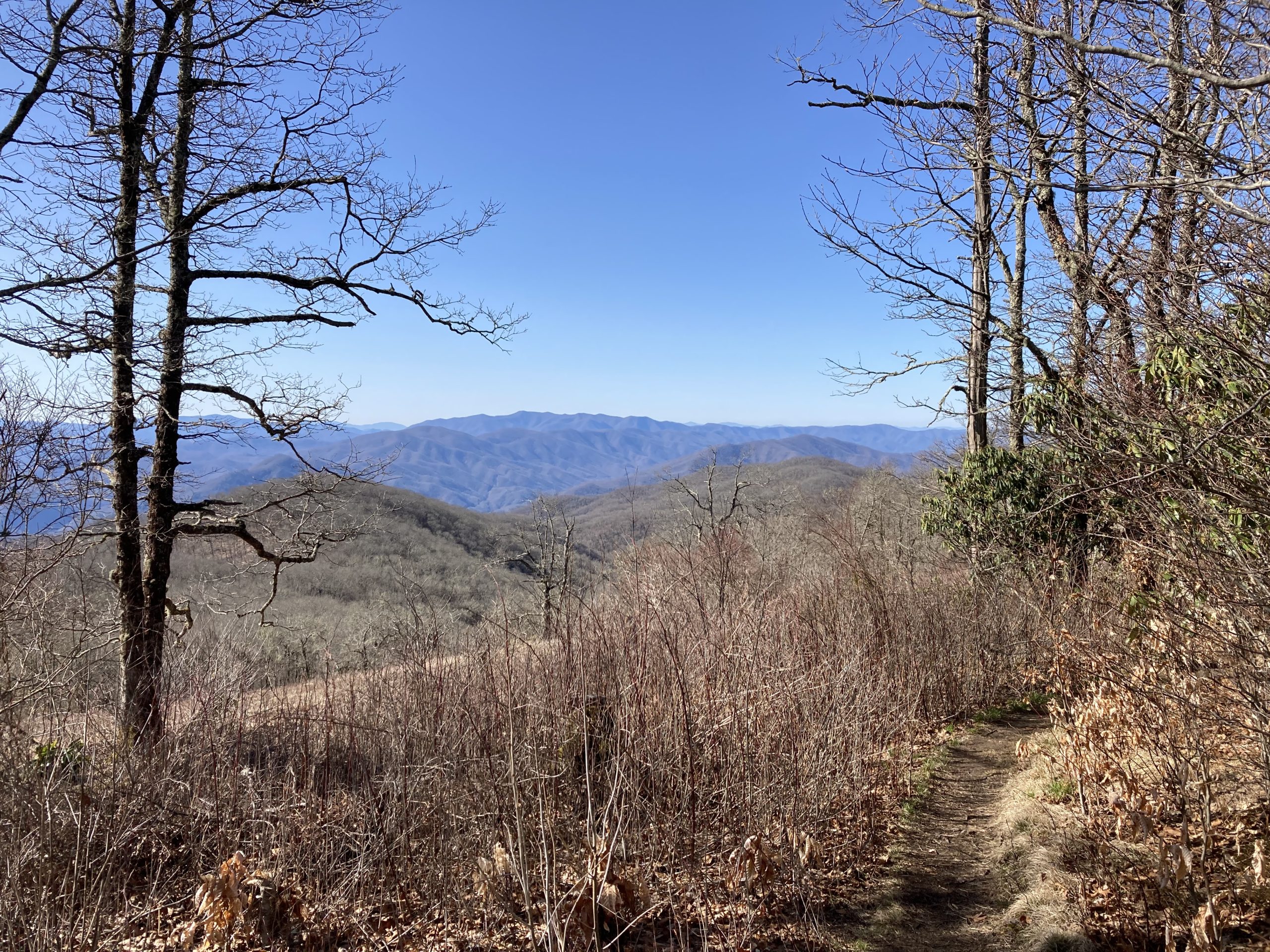 I believe this was a view of the Smokies from the bald as well!

Last night ended up being the first frustrating night for me, which seemed to lag into the morning. I knew the more negative feelings were coming from monthly hormonal changes though, so I was able to redirect some energies. It did leave me feeling more exhausted though, so I felt like I was dragging my body along the trail this morning. It was the first time since I started the trail that my energy felt off.
About half way through my day, I peaked a hill and got the first view of Fontana Lake in the valley below. It definitely put a smile on my face! The view of the lake below remained visible for most of the rest of the hike. I also saw some plants and bugs I’d never seen before, which I always enjoy. I was glad for the energy of the day to change positively! When I was stretching for lunch, I saw something called an Oil Beetle (which I thought was a BIG queen ant at first). They probably get their name from the way they shine a deep blue color in the sunlight just like oil. As the bug busily rushed through the fallen leaves, I watched for a bit, fascinated by the play of light on their skin.
The rest of the way down I learned from an episode of All My Relations about the use of DNA testing/genetics as a way to prove one’s Indigenous background. As someone who has and does study critical race theory (and biology), I already understood the falsity in the idea that DNA/biology and race have a relationship. By this, I mean DNA is not a marker that can be used to signify one’s race. Race, like the gender binary, is simply a social construct used to categorize people within a society. What I didn’t know, though, was that Indigenous people are Indigenous due to the relations within their lives. So, when one claims to be Indigenous, that is tied to your parents, grandparents, the land, the community you’re in, your friends, etc. Different nations within Turtle Island were not different racial groups; they were all interconnected and intersectional throughout the different nations and communities everywhere.
It was the episode that really drove home the idea of the importance of relationships in Indigenous society to me. The models of ownership and identity come from this settler-colonial society and were never ideas I felt very comfortable with. Having had this shift in the perspective of how I see my world has been a wonderful gift. I am glad to begin to expand my idea of relationships and I am very grateful to begin to grow good relationships and kinships with things I never thought of being in relations with before. 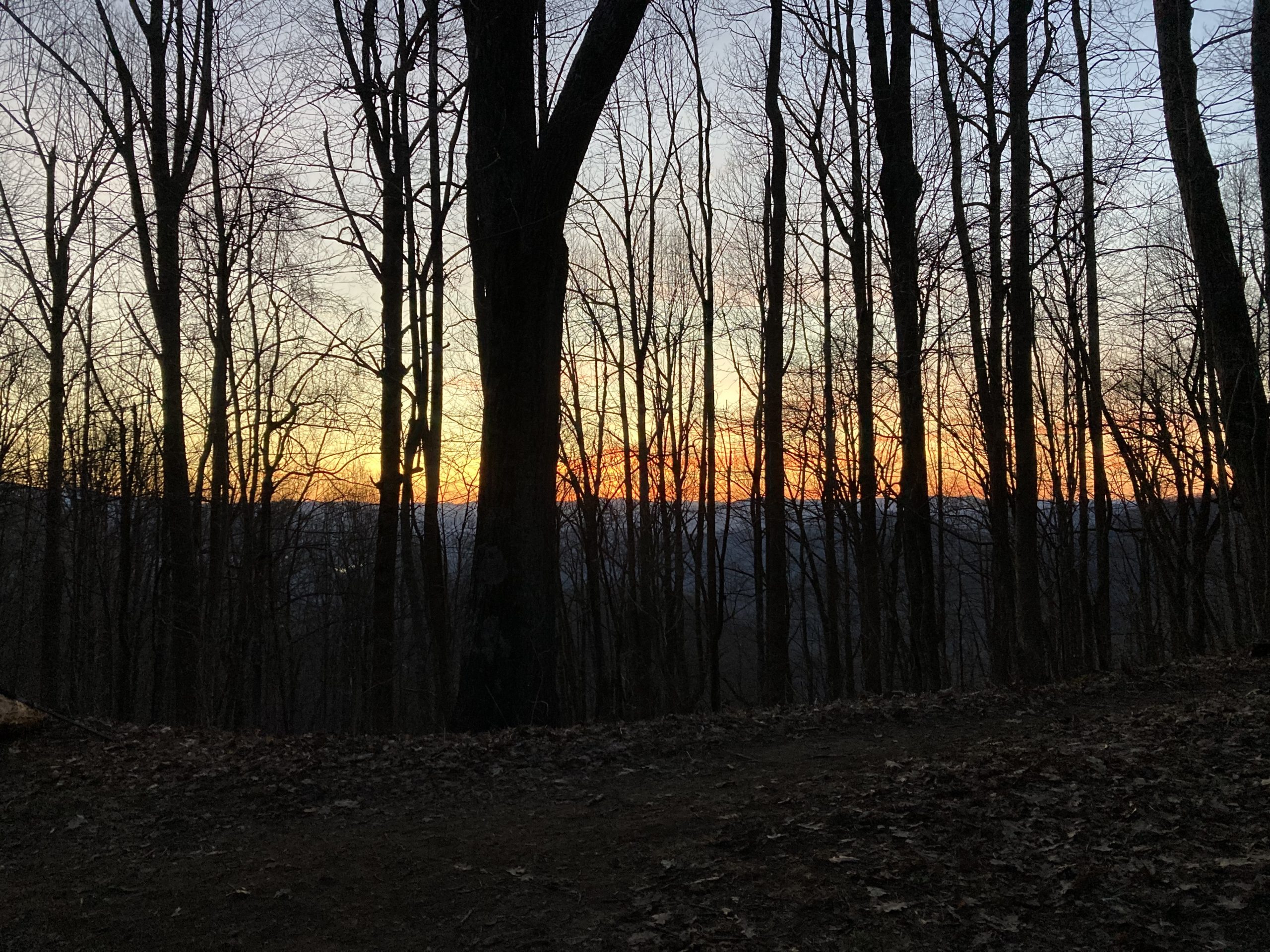 Although this morning wasn’t too great, I did finally start waking up early enough to see the sunrise 😌 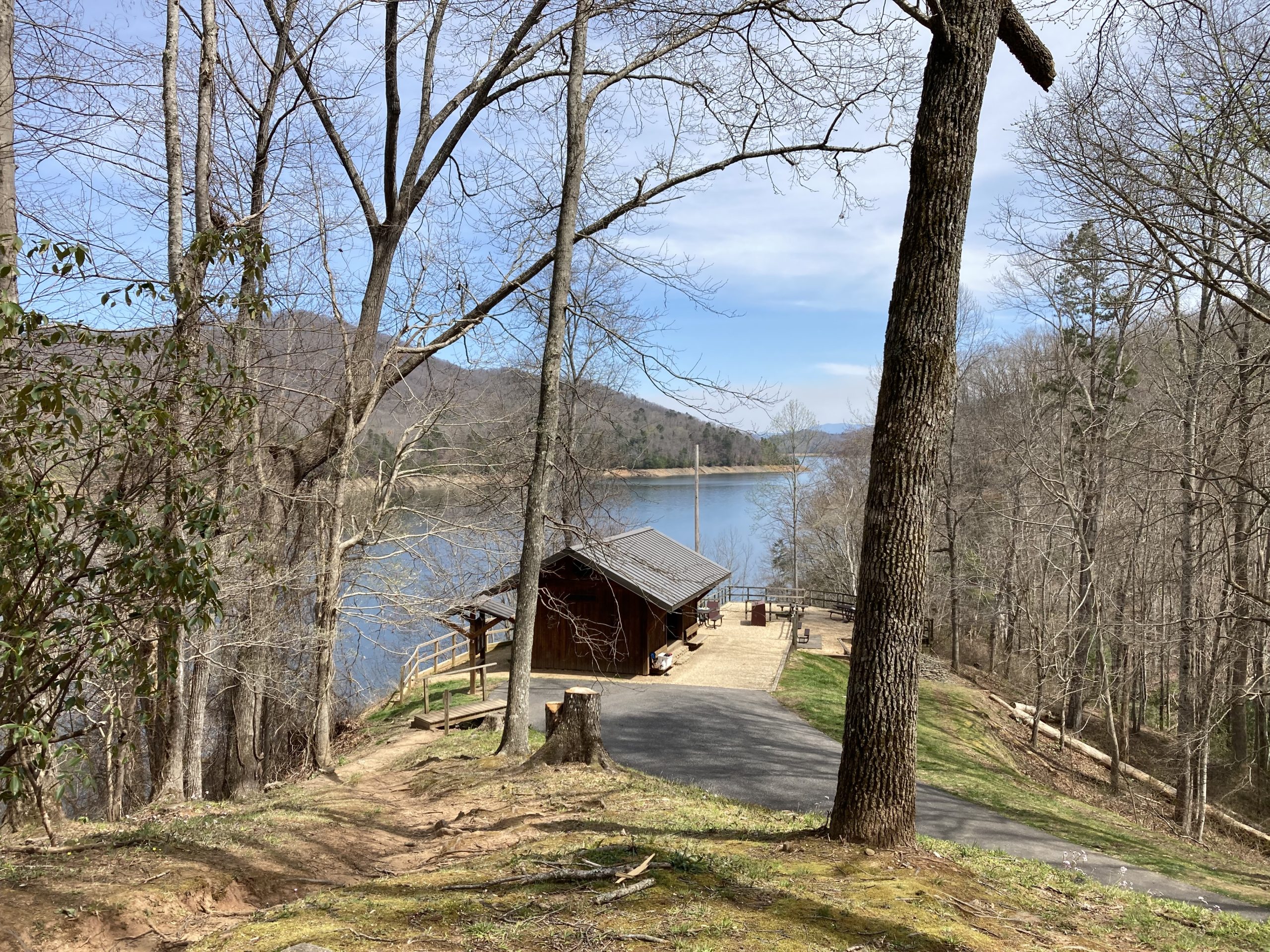 Fontana Lake and the shelter there. The last place to stay before the Smokies!!!!