I was incredibly excited getting ready this morning. I have never been to the Smokies before and was in an anticipatory state unlike ones I’ve experienced previously. After getting ready faster than normal, I started down the road to head into the lands of what is now a national park. It was a foggy morning and on my way to cross the dam, I looked up to see if I could view the mountains I was about to experience. Not only could I see them, but the fog formed a window that only showed the peaks. This made it look like the mountains were floating in the sky; it was an ethereal view (I made it the cover photo of this post). Crossing the dam, I began to feel giddy like a kid in a candy shop. It was finally time to experience the Smokies.

The first several miles were a constant uphill climb into the mountains. Although tough, I expected this and made sure to pace myself as well as I could. Before making it to the first open view, I noticed that there was more greenery and overall biodiversity here. It made climbing the mountain easier because I was busy intaking all the new things these mountains had to offer. I was very happy to finally see so much green! The first valley view was beautiful as well! The Shaconage (land of the blue mist) truly shines.

A bit later I followed a hiker whom I thought was on the proper trail, but it was actually a side trail to an old fire tower. I wasn’t mad at what could be perceived as a bad fate though. The view from the firetower seemed to show the whole national park. It also provided a view of Fontana Lake! After spending some time taking in the view of the land, I hiked until the next intersection and stopped for lunch.

At lunch, I ran into several people whom I had met previously and it turned out to be a pleasant break for food! One of the hikers pointed out the ground around us, which was rife with tiny little white flowers. Upon closer inspection, I noticed they had pink stripes on their petals! They were so beautiful and I followed them the entire way to the shelter. They reminded me of the presence of my ancestors. They are a part of the land that exists today and are alive in the nature around us all. It made me grateful for the presence of these flowers because they told me something very important that I won’t forget.

When I got to camp, I was feeling down about how I didn’t really have the time to look into this area in respect to the Tsalagi Nation before coming here. My problems were solved by of my love though! I spent this night reading about different stories told by the Tsalagi Nation about the area. I didn’t realize it was a place of so many stories. It got me excited to think about going through somewhere that held so many places of story-telling. It seems the biodiversity of the area has been abundant since the beginning of time. My favorite story told of a magical lake of life called Atagahi, which is not visible to humans. I hope to be able to verify these stories so I can share them in good conscience. 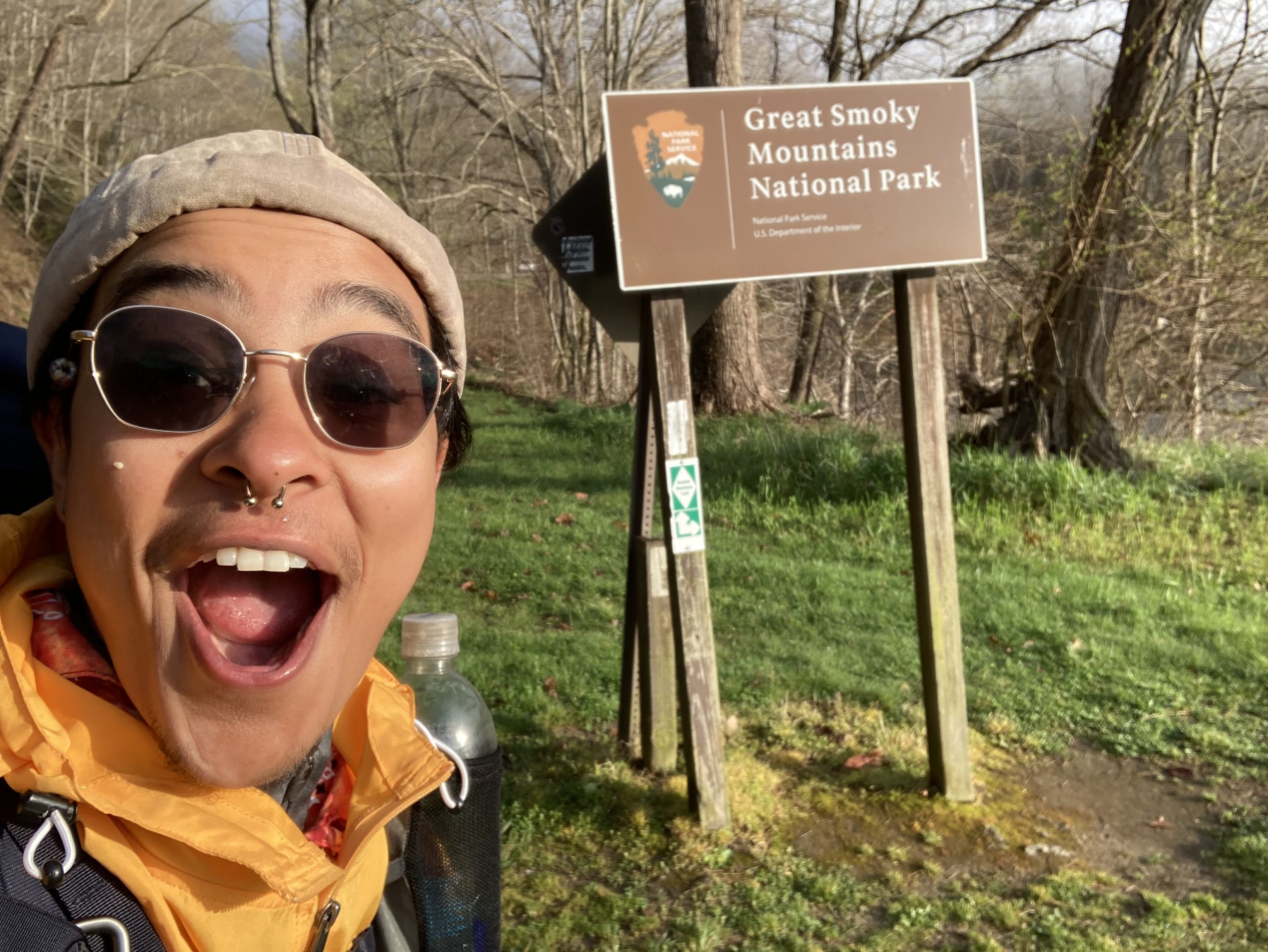 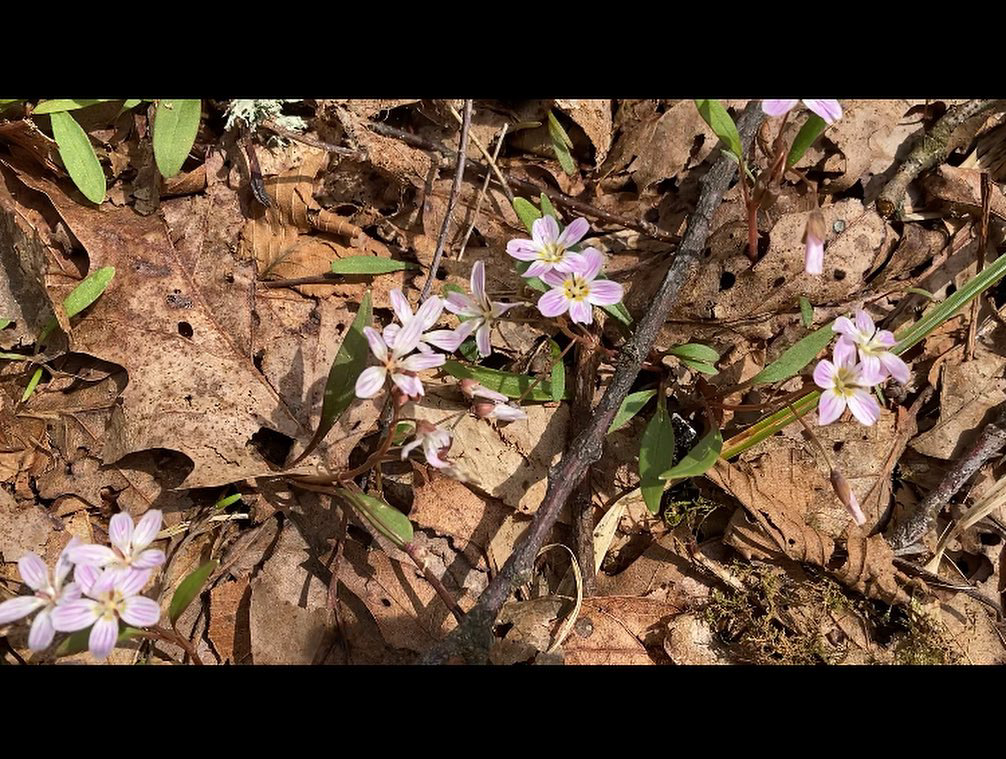 Very shortly into my hike, I saw a bunny on trail for the first time. After silently screaming with excitement, I skipped off down trail laughing as if the bunny told me a joke. The beginning of the day included several climbs and descents between balds. In exchange for kicking my new hiker booty, I got to experience some wonderful views of the fields I walked through AND of the mountains beyond! Through the exhausting work of climbing up and down balds back to back, I reminded myself how grateful I am to even be able to do this. The views are a constant reminder of this as well; I stopped to intake them all!

The section that led to the next shelter was also uphill, so I was glad to have a nice spot to rest and refuel upon arrival. The shelters in the Smokies are so wonderful! I stretched out a bit and started back on trail. Today, I listened to an episode of All My Relations that touched on cultural appropriation. They had a lot of important language and information on this topic as well as why this is such an important one to discuss. I am always so grateful to get language for things I did not have access to previously because I have always been one to appreciate the power of words. Although the issue is mostly a matter of general respect, the discussion mostly circled back to the idea of how important proper representation is. They explained that representation must come from oneself to be genuine. It is an episode I definitely recommend and a topic I think is incredibly important to understand in America.

I was going to stop at the next shelter, but I was feeling good enough to push on another 1.7 miles to the next one. The idea was from a fellow hiker and it also made more logical sense overall as well. The two of us booked it up to the next place. On the way, the trail provided more views from the top of a ridge. I had to keep reminding myself the last two days that I was finally witnessing the land of the Smokies. Although I arrived at camp late I was certainly happy in a way I don’t think I’ve felt before. This was the bliss before the storm. 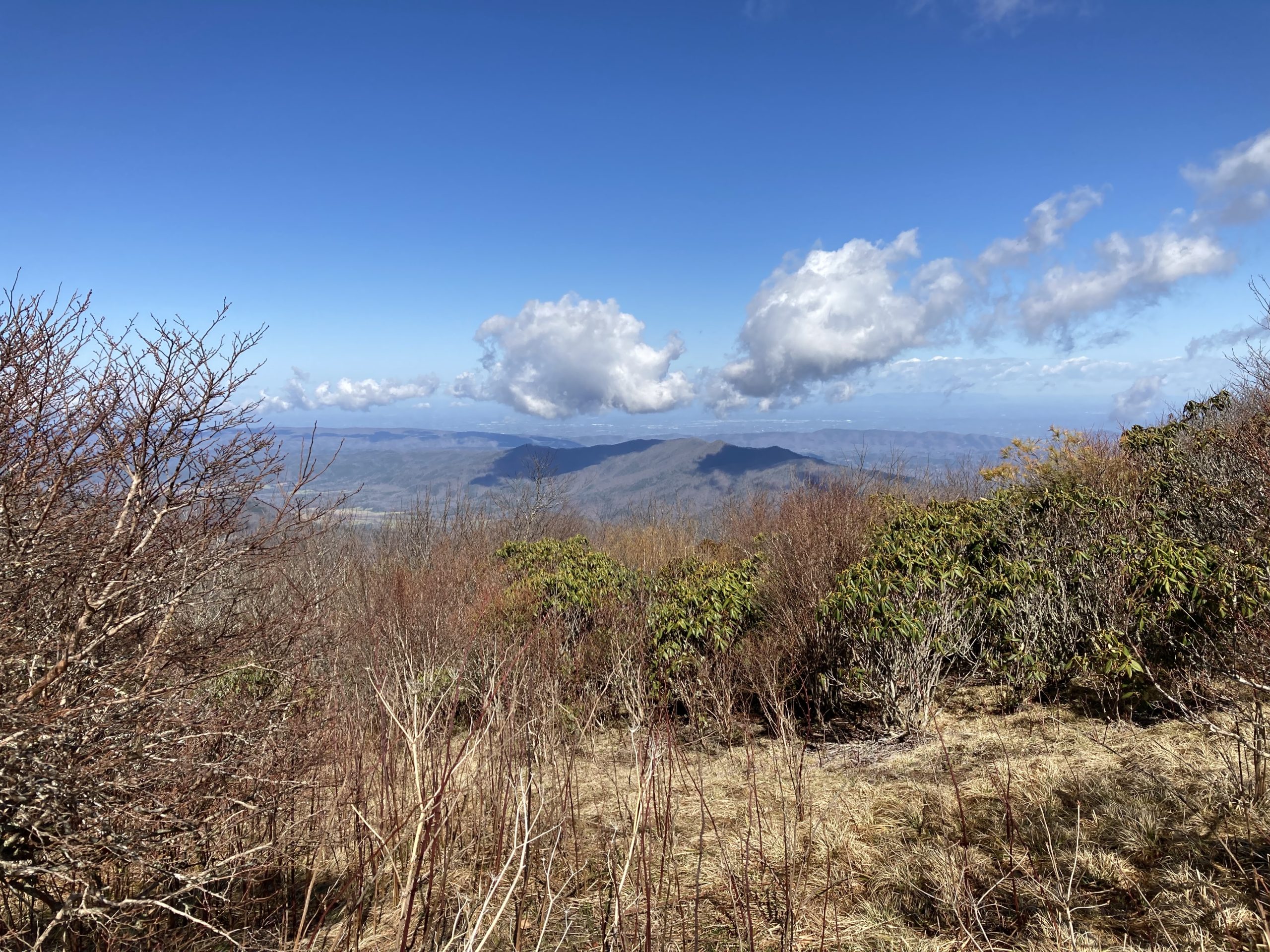 A view from one of the balds! It was a beautiful day. 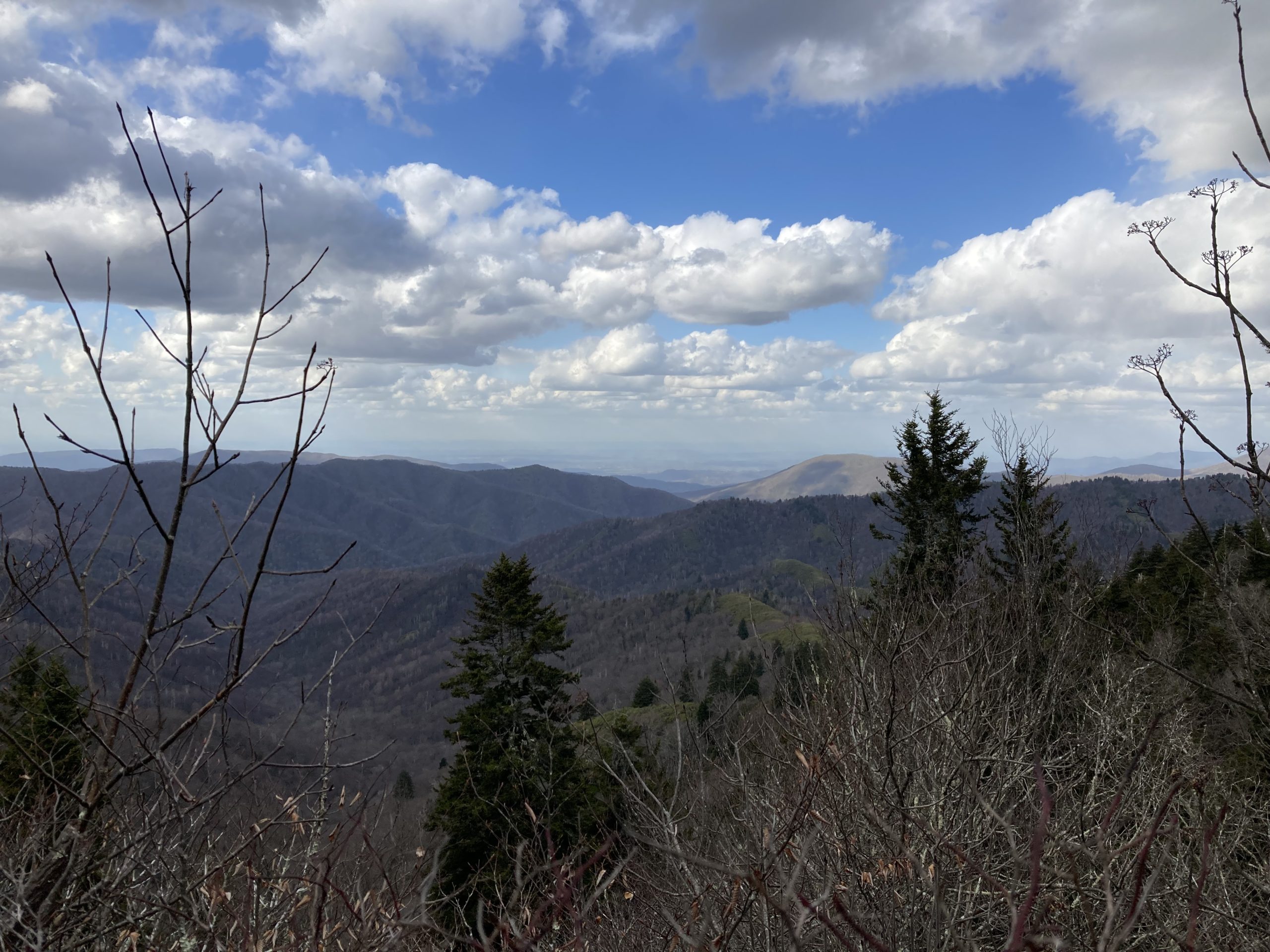