I woke up to the sound of rain lightly falling on my tent. After eating breakfast, the rain finally cleared up so I broke down camp quickly and hit the trail to avoid being rained on while breaking down camp. The rain would continue on and off all afternoon.

The AT follows the same ridge it climbed up to the previous day for the first 10 miles, before gradually descending down VA road 608. The only climb of the day followed the descent; which was a very gradual climb that leads to a rocky ridge walk for a couple miles. There were no vista views yet for today’ hike; as the trail remained in the thick green forest all day until a brief clearing right before VA road 606. Today was one of the easiest days I’ve had on trail, and the miles seemed to pass by without any thought.

.5 miles west of the road was Trent’s Grocery, a small convenience store where I decided to eat my lunch and charge up my devices. As soon as I arrived at the store, the clouds cleared and the sun was shining. I hung out there for about an hour before hitting the trail again. It was an easy 2 miles to Dismal Falls; I had the energy and time to push on farther but I was really wanting to camp by the waterfall.

I snagged the perfect flat area for my tent right near the falls nestled in some rhododendrons. Trail Candy showed up a couple hours after, then later followed by two other hikers who were at the Chestnut Knob Shelter the other night. One of them was Duck, a cool dude my age from Texas I’ve been hiking around for a few days. 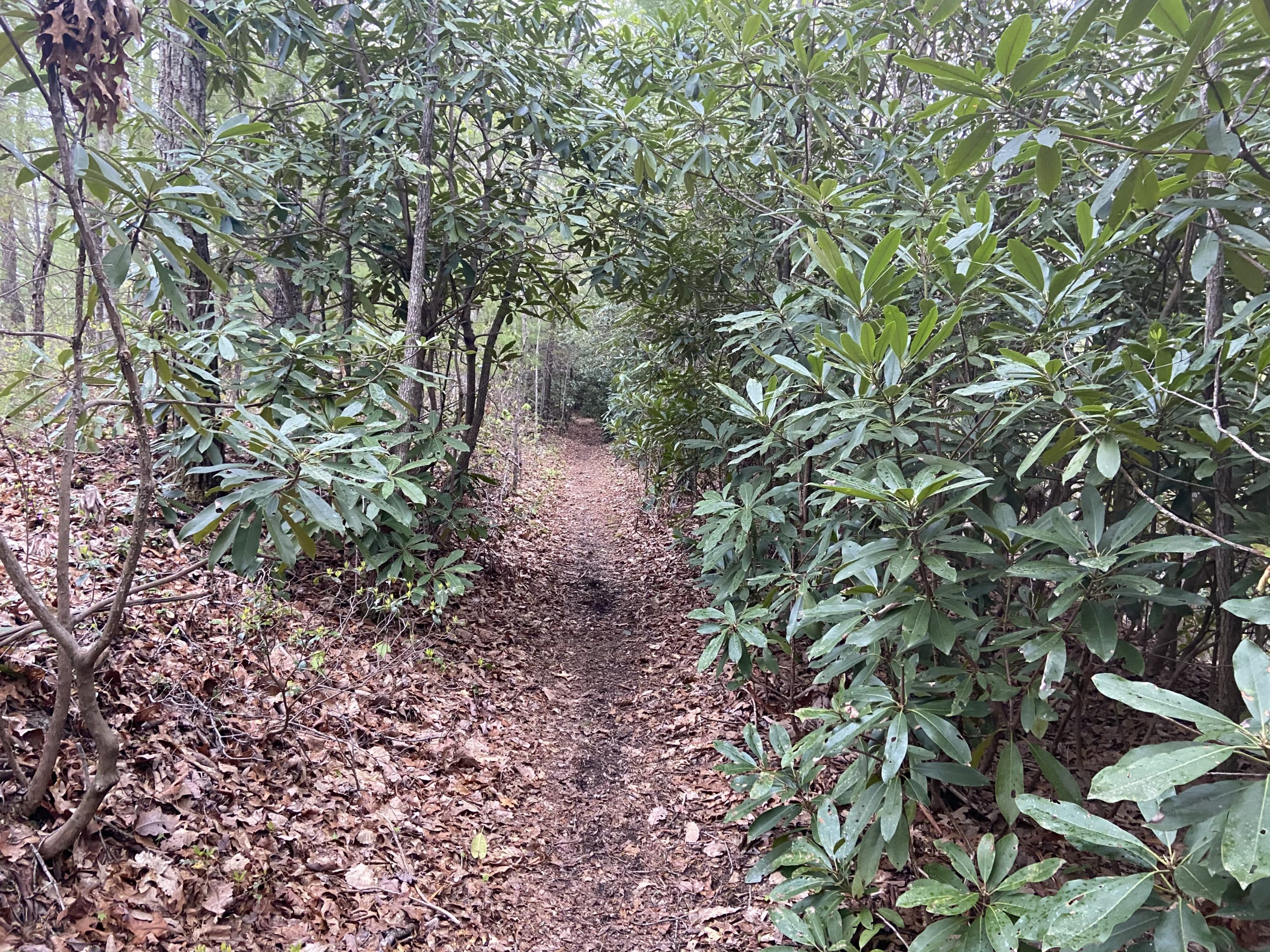 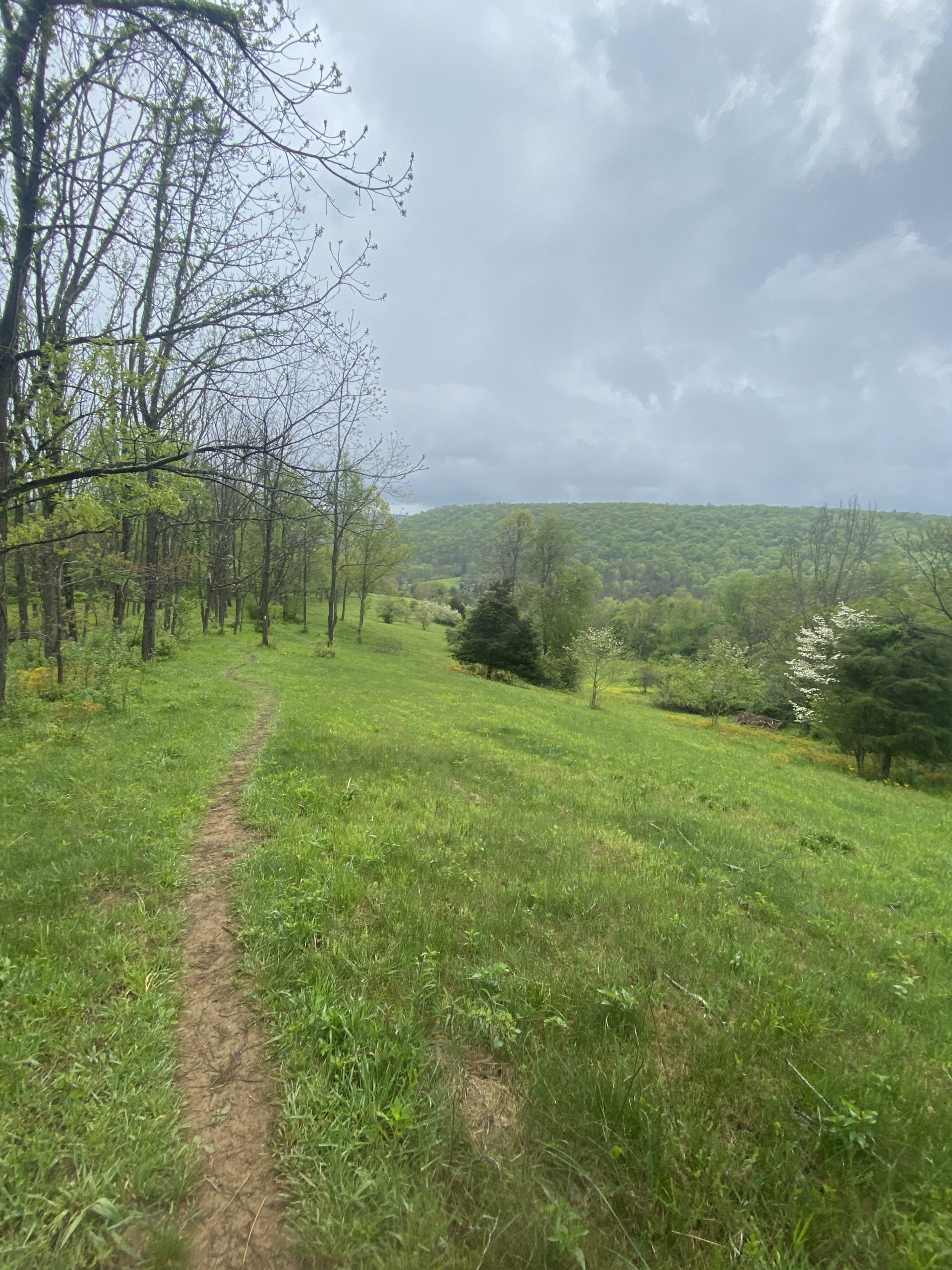 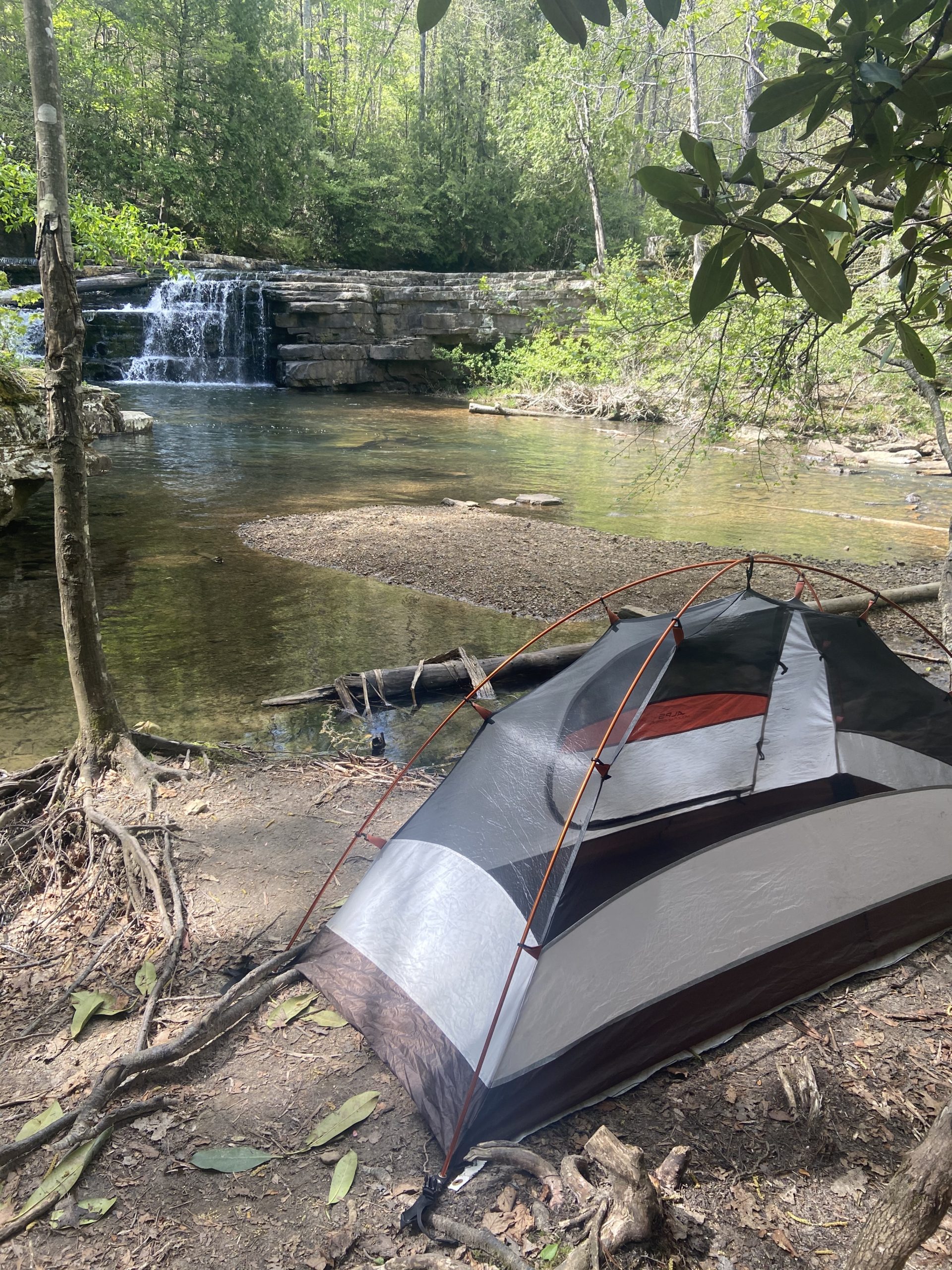 It rained a decent amount during the night but thankfully stopped before it was time to break down camp. The first 7 miles of the day were completely flat, constantly changing scenery between oak, pine and rhododendron forests. This was the perfect warmup for the one big climb for the day; a 1,200 foot climb over the span of roughly 2.5 miles. Once at the top, a short spur trail led to some amazing views of the valley down below and a massive ridgeline across the way.

The AT remained high on the ridge for the remainder of the day. There were a few more vista viewpoints along the way, but other than that, the trail remained in the forest the rest of the day. It wasn’t the most exciting hike, but not every single mile of the AT can be thrilling. It was relatively easy terrain on the ridge with minor ups and downs, with some stretches of rock-riddled trail making for slower paced hiking.

A final small incline led to the summit of Pearis Mountain and Pearis ledges, which offers views of the city of Pearisburg down below. I was hoping to camp right near the ledges on the viewpoint, but the site was already taken. A little bit farther down the trail, a .2 mile side trail leads to a spring and tentsites, where I decided to call home for the evening, arriving at around 4:30. Trail Candy decided to push straight into town and zero the next day, but I was content with just my long near-o day in town.

Other than one section hiker arriving later, I had the site to myself. After eating, I went to my tent to lie down and write. Just as I started to doze off, I heard someone shout “Yo Yard Sale you in there?” Duck had arrived late after not leaving the falls until 10 AM. We hung out for a bit before going to sleep, both planning to near-o tomorrow into Pearisburg. 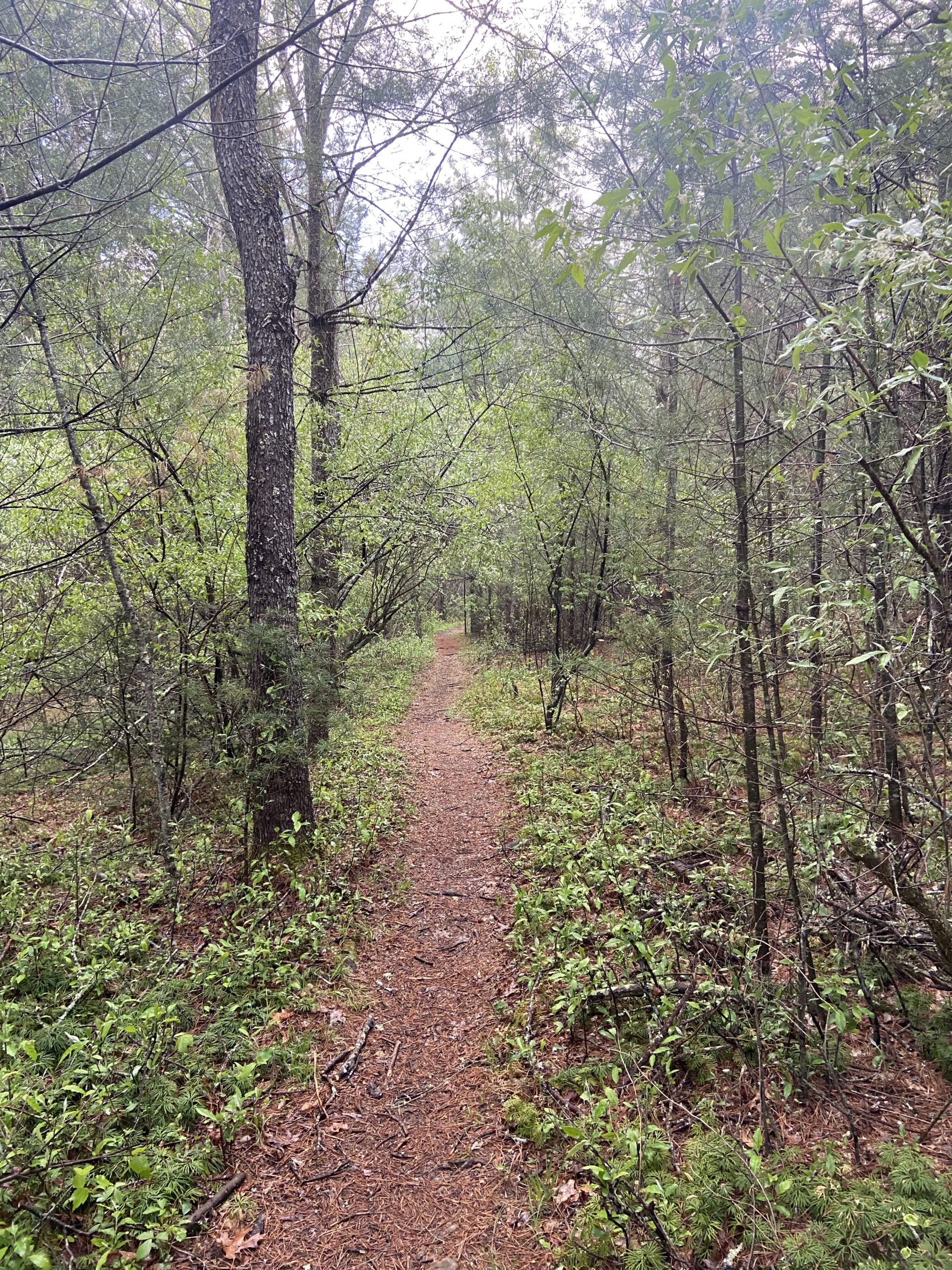 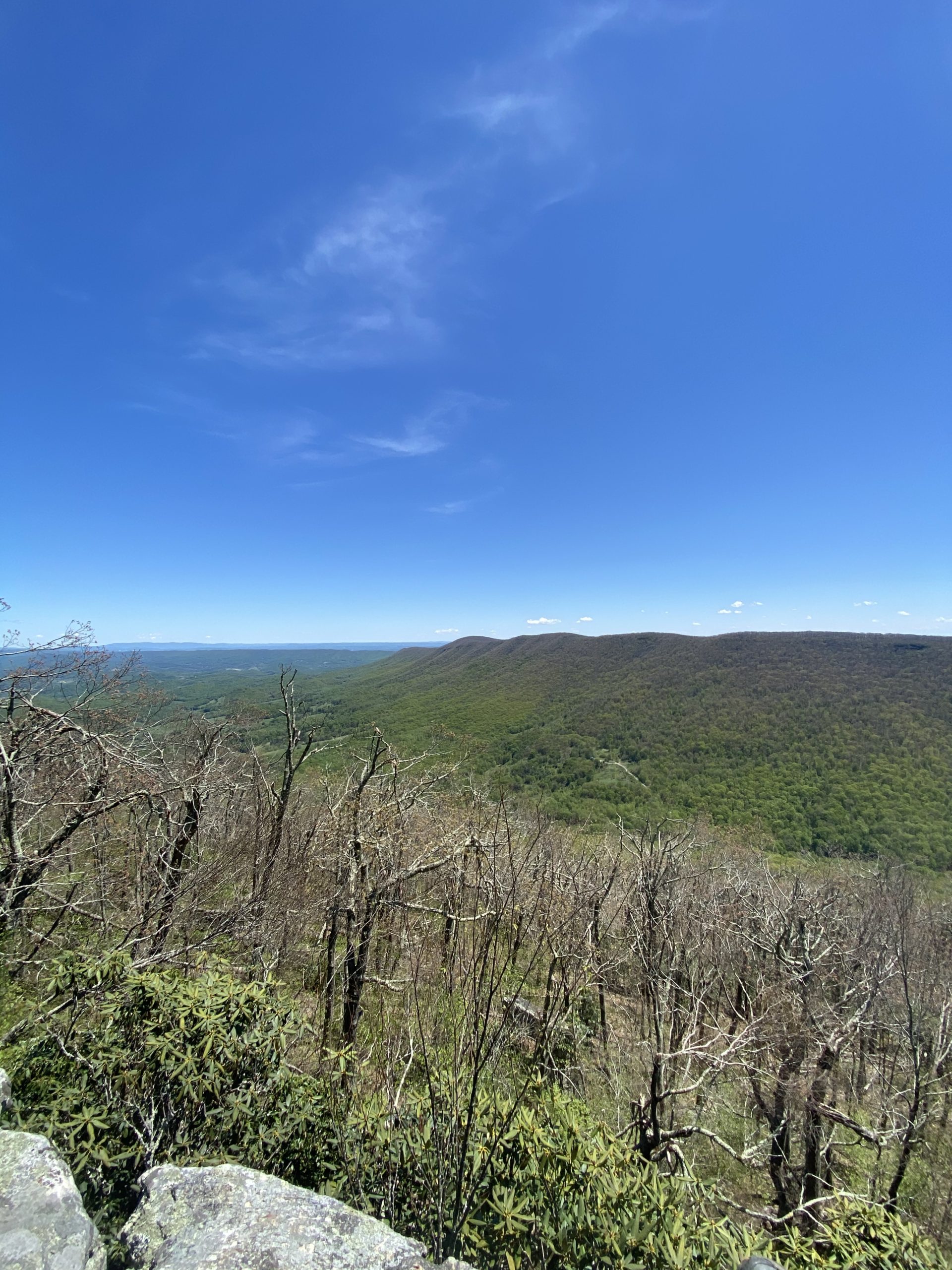 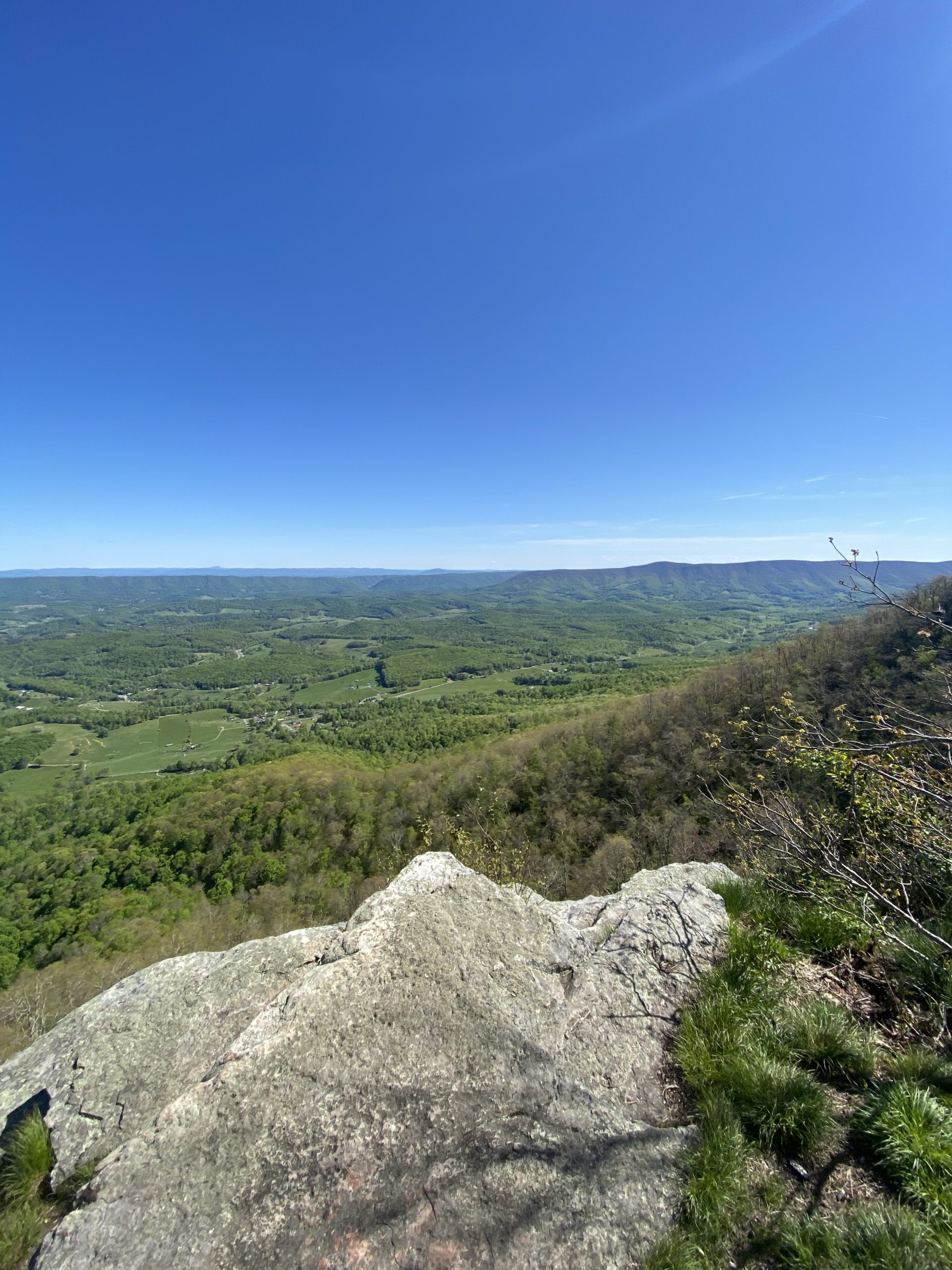 It was around 6:30 when I began to break down camp on a surprisingly frigid-cold morning. Isn’t it supposed to be warm in May?

Duck and I had discussed catching a sunrise  at the Prearis Ledges while at camp, but the overcast morning prevented any chance of that happening, so I slept past my alarm I had set in hopes of catching a sweet sunrise view.

We descended together off the mountain, chatting almost the whole way down, making the 3 mile hike fly by. A shuttle from Angel’s Rest Hiker Haven, where we were staying for the night, picked us up at 8:45 at VA Route 100 and drove us to the hostel to check in before shuttling us back to town for breakfast and resupply. Back at the hostel, we met up with Trail Candy, had our typical lunch of too much Mexican food, and hung out for the rest of the day at the hostel. 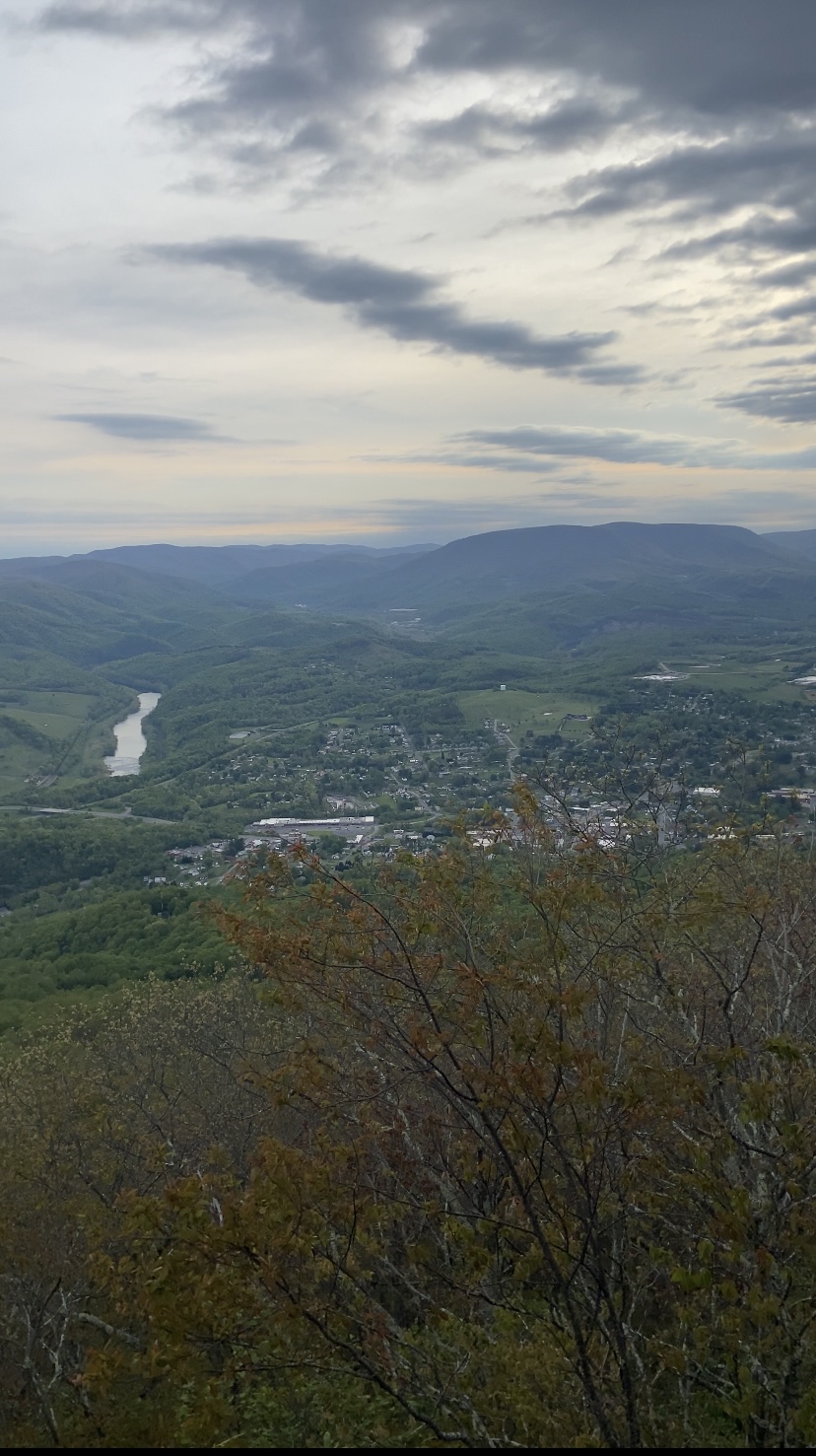 So far, my hike through Virginia has been awesome. I feel like I’m really getting into my groove—not only physically, but mentally. Stretches between towns seem to be going by quicker and quicker. I am at the point of the thru-hike where this now feels like a lifestyle, and no longer a backpacking trip. I mean this in the best way possible.

Many hikers claim to catch the “Virginia blues” when in this state; where thru-hikers begin to struggle mentally with the reality of the miles left of their thru-hike, in combination with the “boring” terrain of Virginia. Instead of thinking about the miles ahead, I try to solely focus on what section of trail I have coming up and feel proud of the ground I have already made. More miles ahead simply means more places to explore and new memories to be made.

Virginia doesn’t offer nearly as many stunning mountainous views as Georgia and NC/TN, but I have been thriving in the green tunnel with spring in full bloom, and have been enjoying my hike more so in Virginia than in the previous states.

I have a lot of miles left in Virginia, but I don’t see myself catching a case of the “Virginia blues” anytime soon. Between the Virginia Triple Crown and Shenandoah National Park, there is so much to look forward to. But as I mentioned earlier, it’s a day by day, section by section type of hike for me. I look forward to making it back home to the Northeast but try to remain focused on the task at hand. I feel that having this mentality is the best way to combat the “Virginia Blues”.