Fenway’s mom made a carb-filled breakfast to send us on our way with full stomachs and high energy. Most of the day would consist of climbing and descending Mt Greylock, the state’s highest peak. We were on trail by 8 AM to begin our ascent. It was to be yet again another hot day, the fourth and final day of this heat wave.

The climb started out steep at first, climbing straight up to the ridge, before mellowing out, as we slowly but surely inched our way to the summit of the mountain. Once we reached 3,000 feet, the scenery turned to Spruce-fir forests, hands down my favorite forest setting to hike through (other than alpine zones). Over 8 miles and 2,000+ feet later, we arrived at the summit, where Fenway’s parents were waiting for us. They drove to the summit and brought with them some Gatorades and sandwiches, providing perfect relief on a hot day.

I could’ve hung out on the summit all day, where it was much cooler, but the Vermont border roughly 10 miles north was calling my name. Jackrabbit and I continued along the ridge, reaching the peak of Mt Prospect before a long descent down to the town of North Adams. The trail briefly goes through the town before steeply ascending back up into the woods. Storms were predicted for the later part of the afternoon, and the sky soon opened up to an intense downpour, the hardest rain I’ve had to hike in yet as I made my way through a sketchy boulder traverse.

The heavy downpour soon turned to light rain as we reached the iconic Vermont/Mass border sign, signifying the beginning of the Long Trail. The Long Trail is a 272 mile trail from the Massachusetts border up to Canada, and the AT follows the Long Trail for the first 105 miles. Three wet but flat miles later we eventually arrived at the Seth Warner shelter. Mr Rogers was at the shelter hanging out and it was cool running into him again. I pitched my tent in the rain, crawled inside and eventually fell asleep to the comforting sound of light rain falling on my tent’s rain fly. 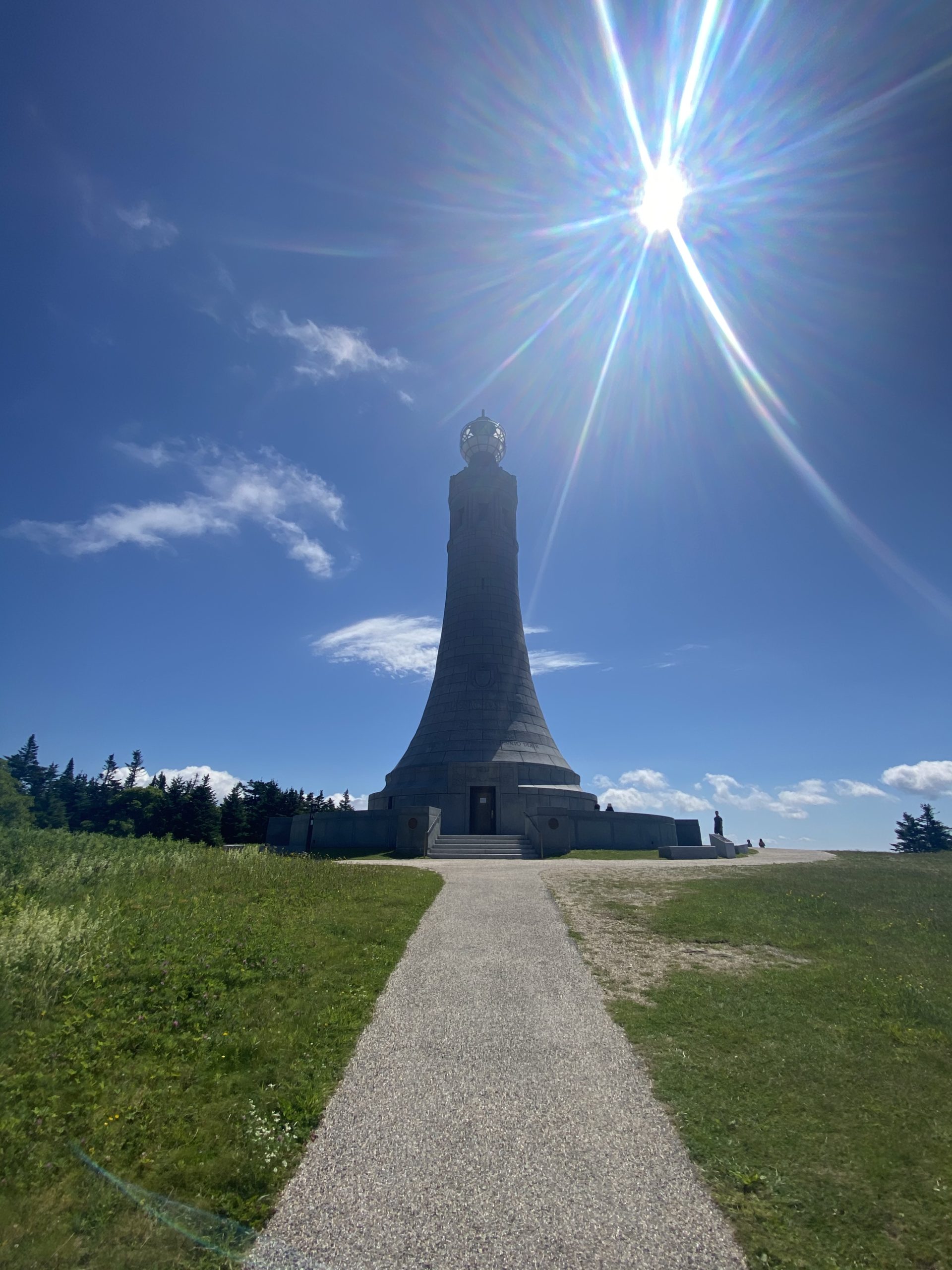 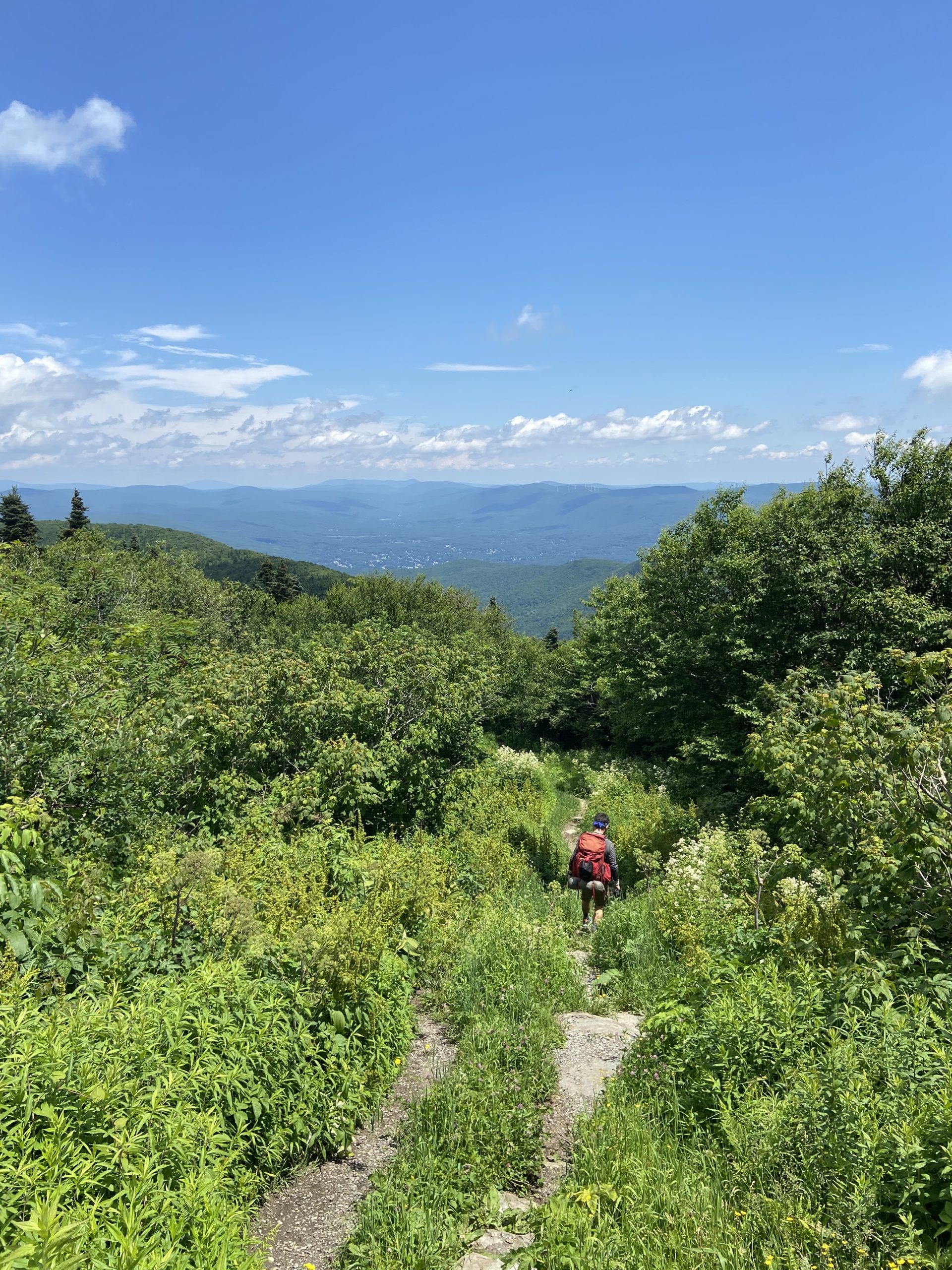 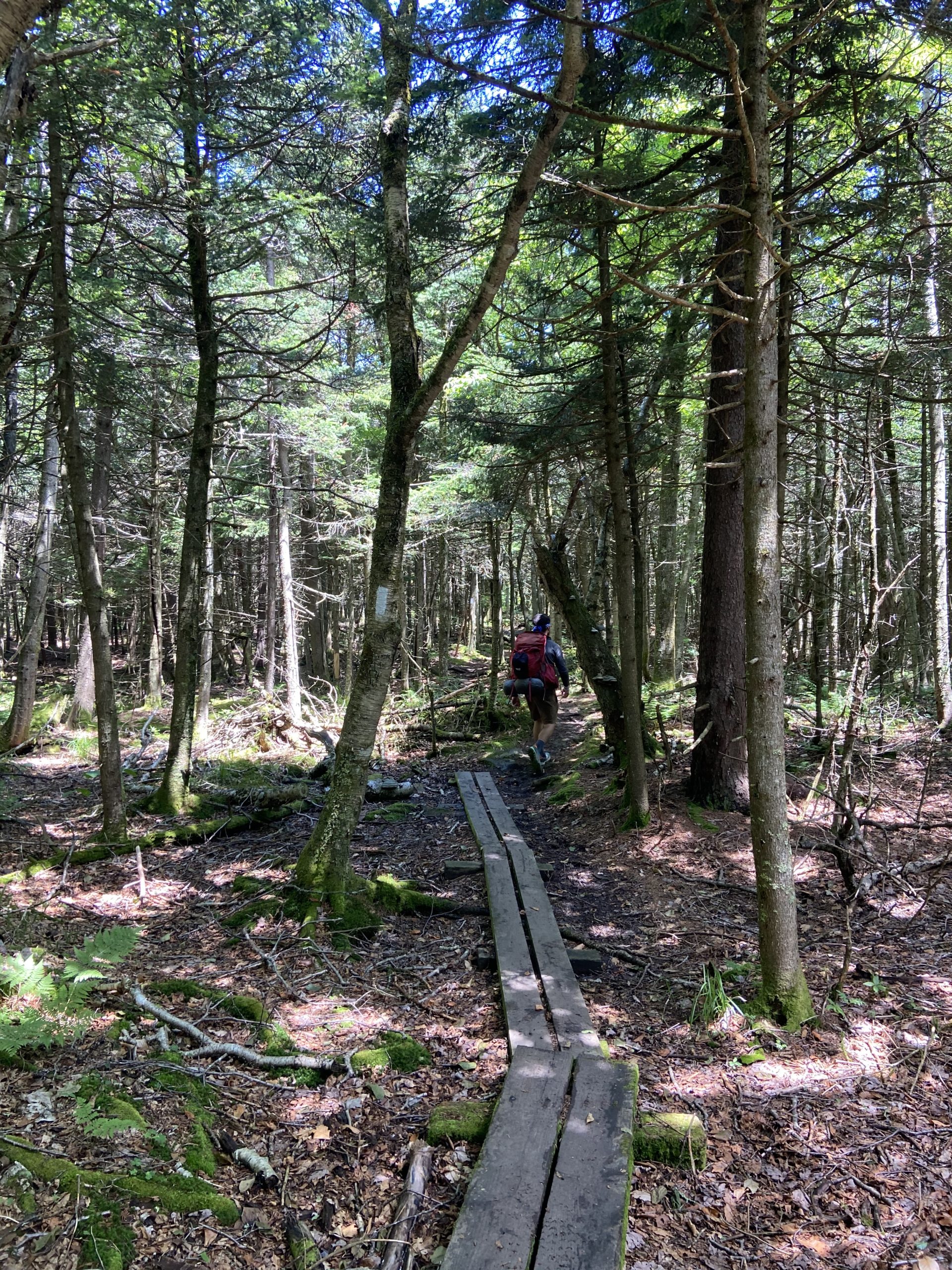 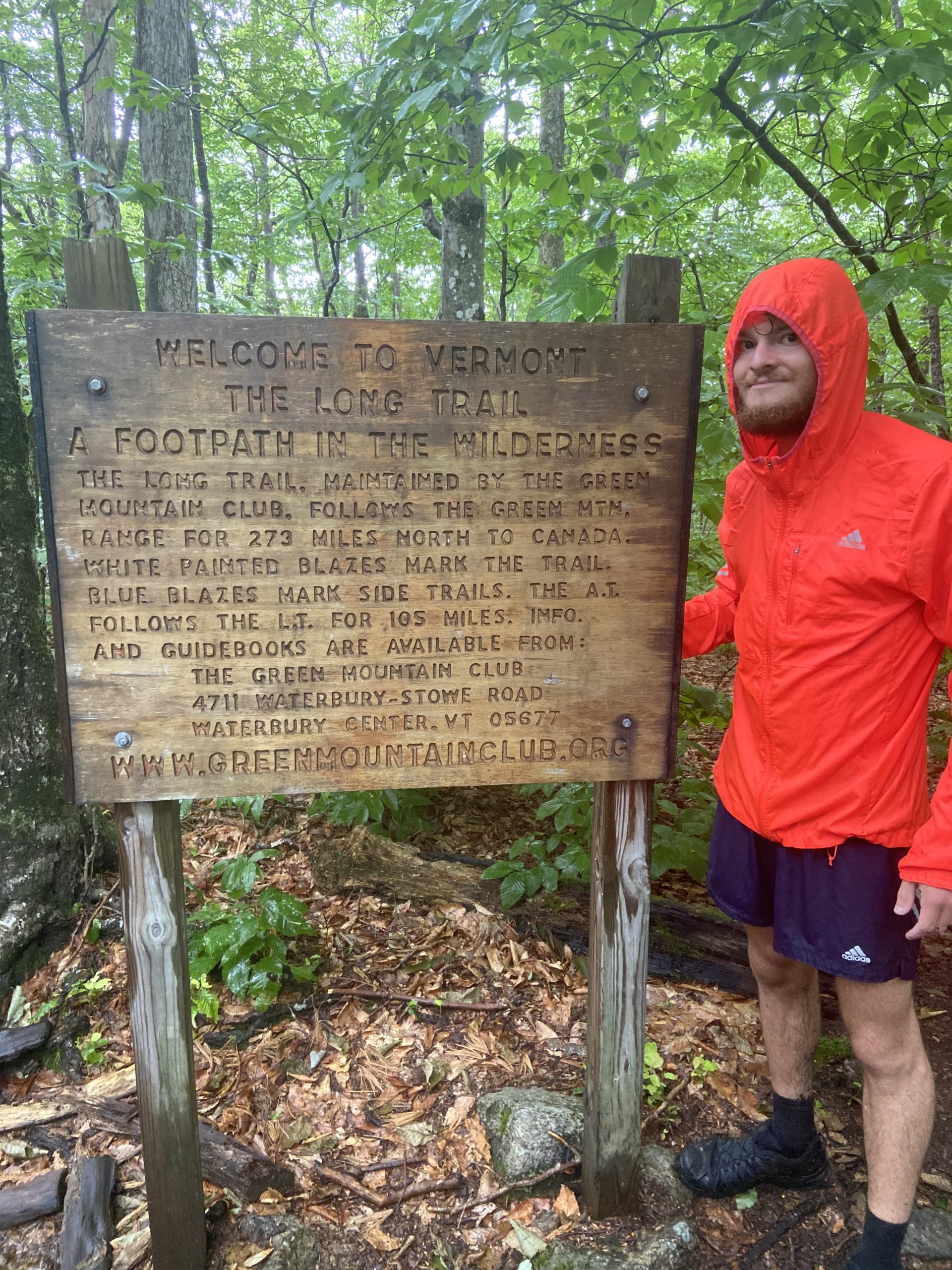 The rain thankfully stopped in the middle of the night and I was able to remain dry as I broke down camp. The inside of my tent stayed dry all night, while Jackrabbit wasn’t as lucky. He had plans of stopping into Bennington while I was to push on to Goddard Shelter, 21 miles North.

It was a very muggy and overcast day, and rain was predicted for the late afternoon. I was hiking by 7 and almost instantly I ran into deep mud pits that covered the entire trail, significantly slowing down my pace. I climbed a few rolling hills with no views, and hiked past some ponds before a steep descent down to Rt. 9, where some great trail magic was waiting for me. A Gatorade and some fruit powered me up the steep climb back into the mountains, as I continued on through the thick mud and flooded trail.

Despite the swampy trail conditions, I was throughly enjoying the scenery of the Green Mountain National Forest. The forests are very dense, and very green as you can imagine from the name of the region. The forests changed to more birch, spruce, pine and hemlock trees as I continued to gradually climb to above 3,500 for the next several miles, approaching the summit of Glatensbury Mountain. Just before the official summit, I arrived at Goddard Shelter, 10 minutes before some heavy rain had started to fall. It was to downpour all night and into the next day, so sleeping inside the shelter seemed like the best option. 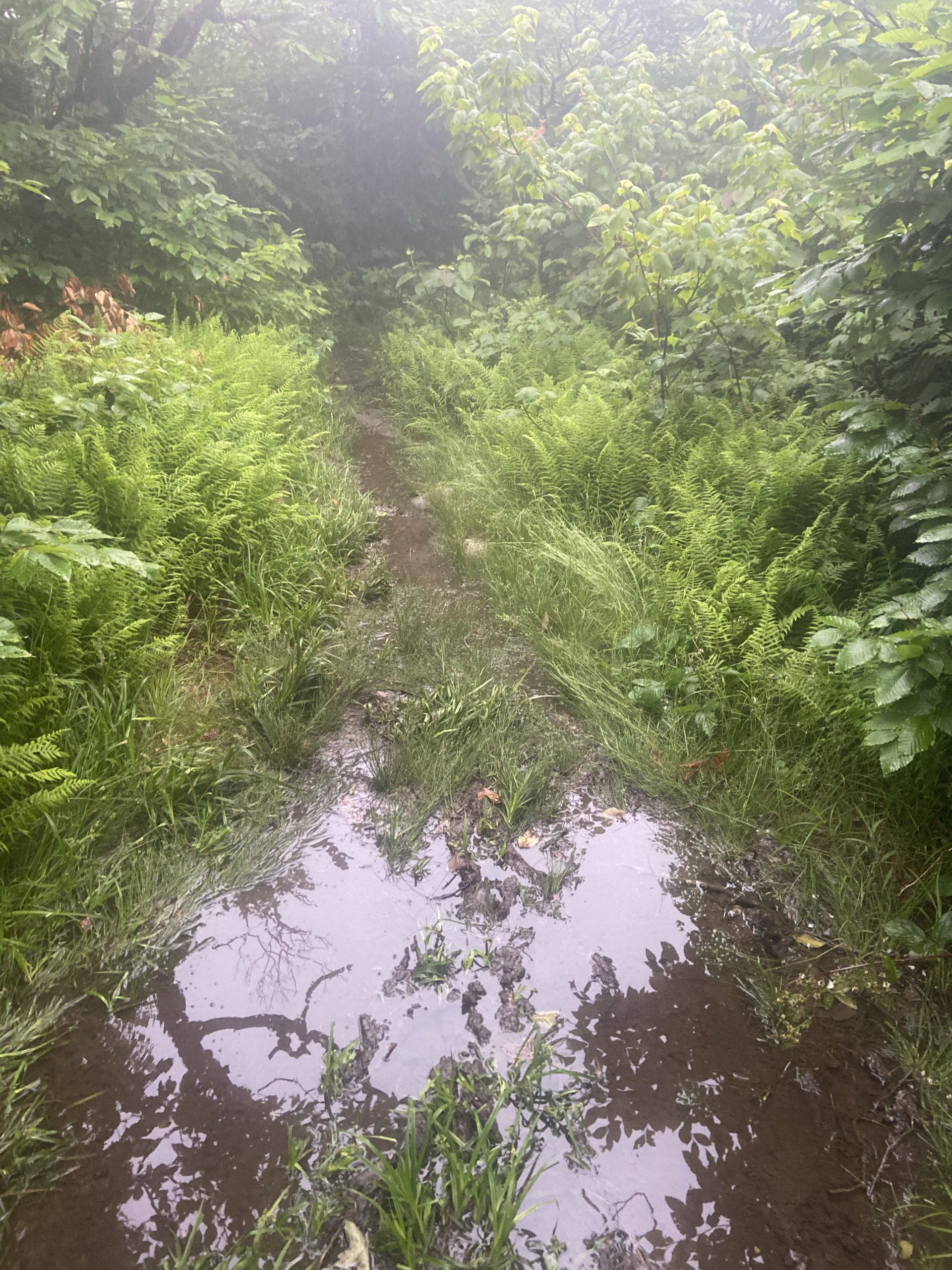 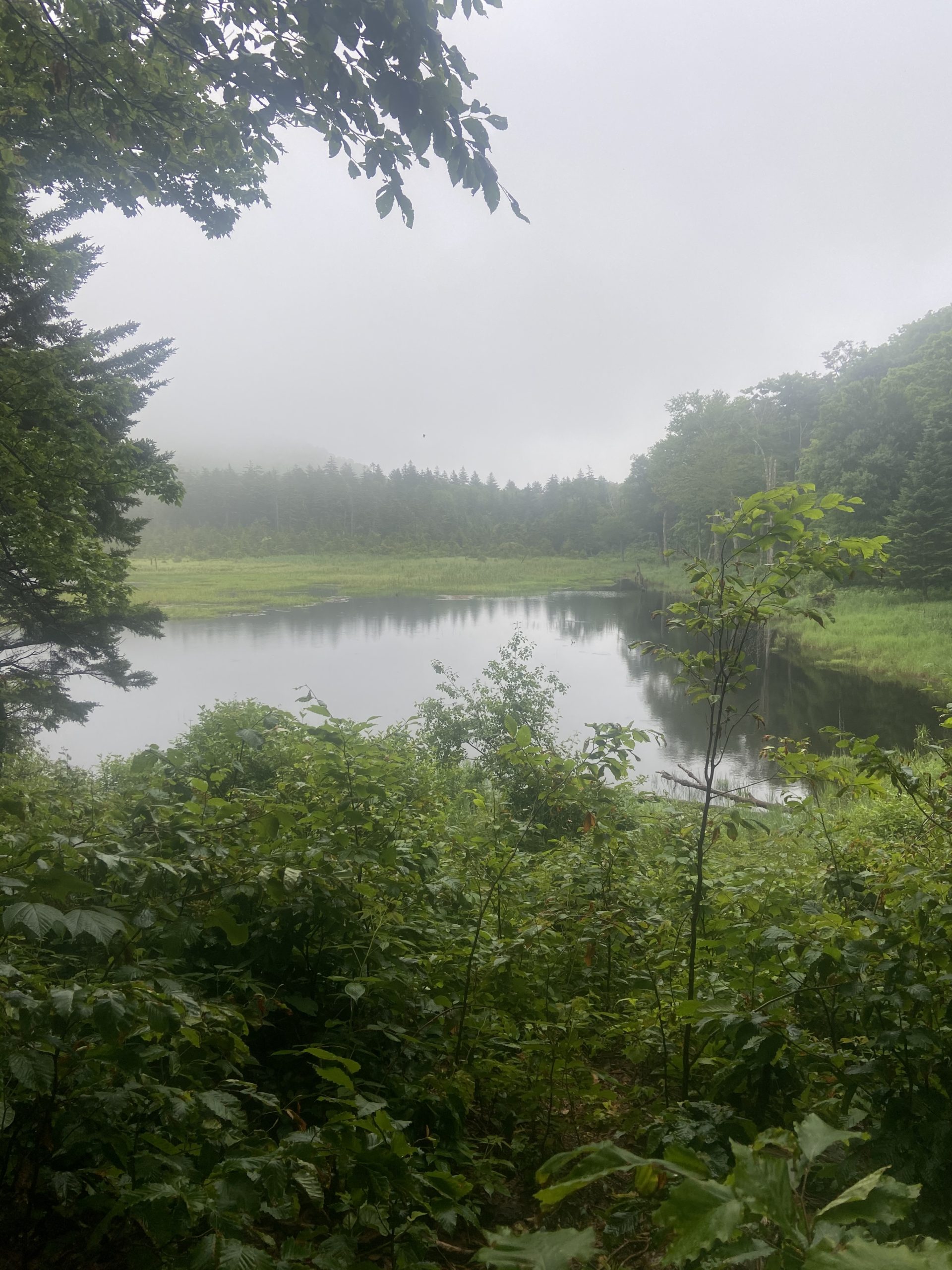 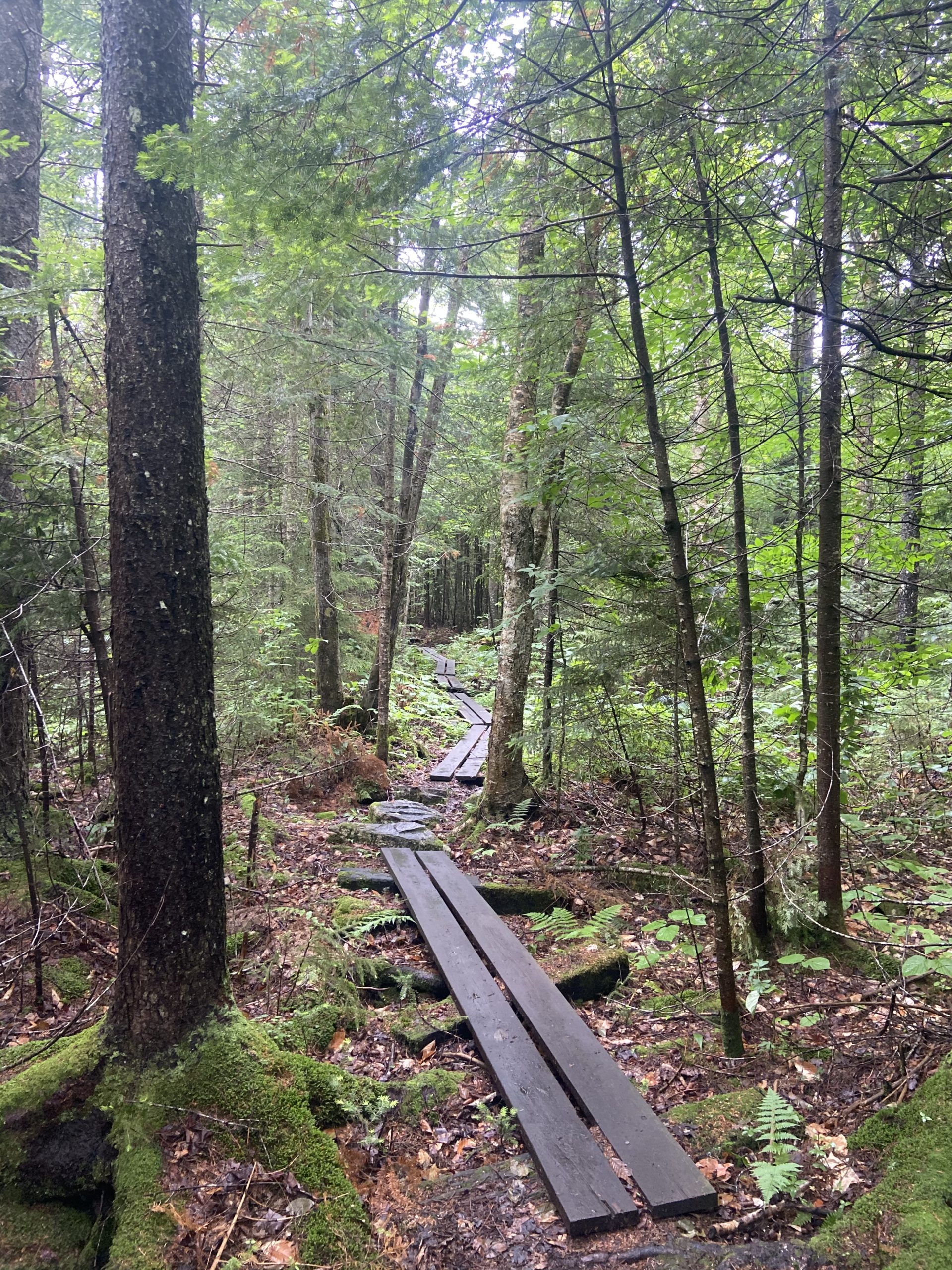 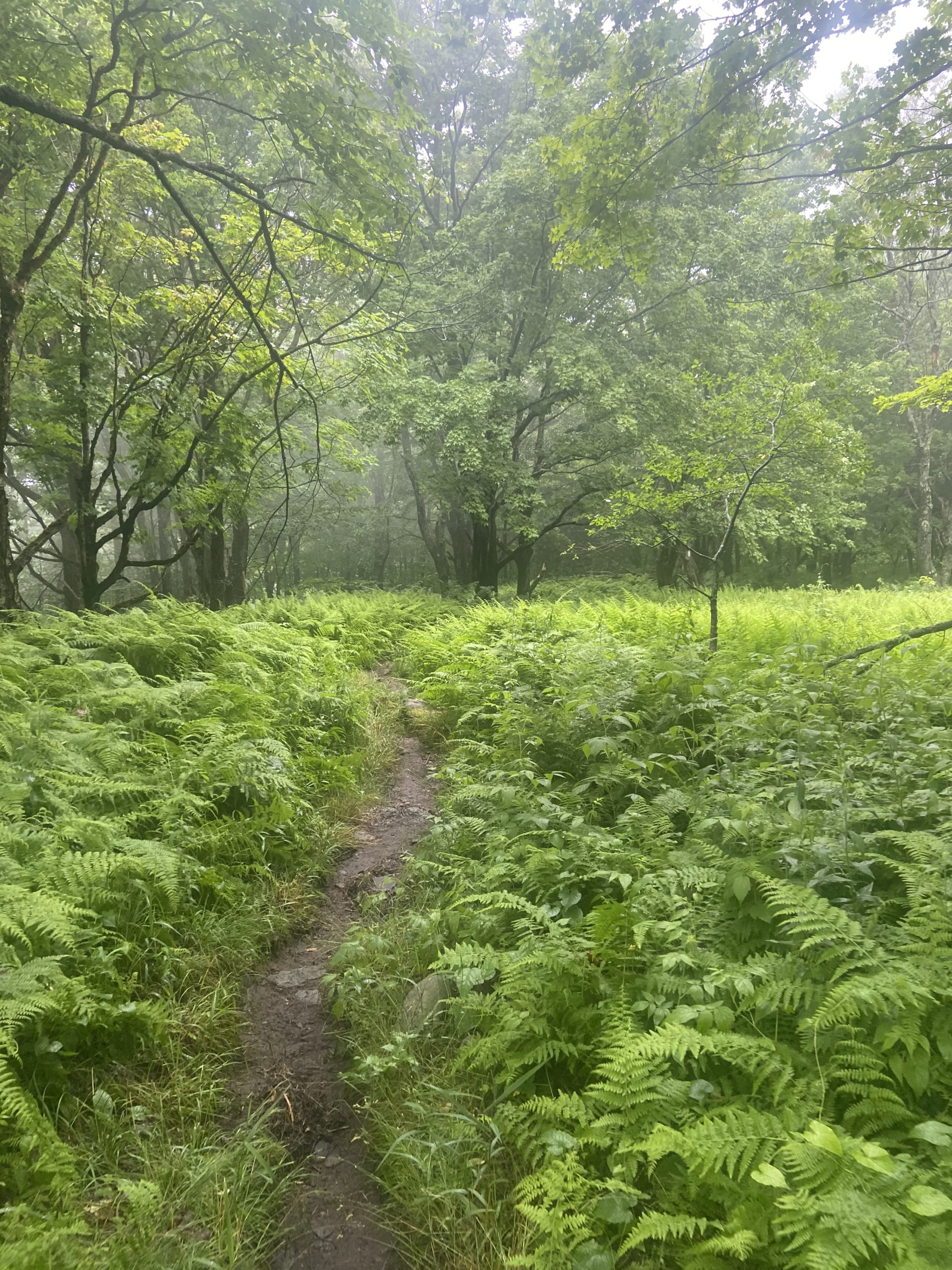