Georgia Flies by with Plenty of Trail Magic

My wife and the dogs dropped me off at the Springer parking lot around 10:45, and they waited as I ran south one mile to the top of Springer, the start of the AT. I snapped a few pictures, signed the logbook, then trotted back down to the parking lot, put on my backpack, said goodbye, and started northbound.

I’ve never seen so many people on the trail and ridge runners too. The folks at the ATC will eventually have to do something about the ever-expanding NOBO bubble.

Met several interesting people, most notably a 74-year-old man from Ohio whose trail name is Irish. He’s lugging a 55-pound pack but was proud that he had lightened it from 70 pounds.

In the middle of a fairly long dry section, at Cooper Gap, I came upon some trail magic. Several gallons of water left there by Ron’s shuttle service – thank you, Ron.

The Army Rangers are very active and making lots of noise with artillery and automatic weapons fire. Good thing I brought some earplugs. 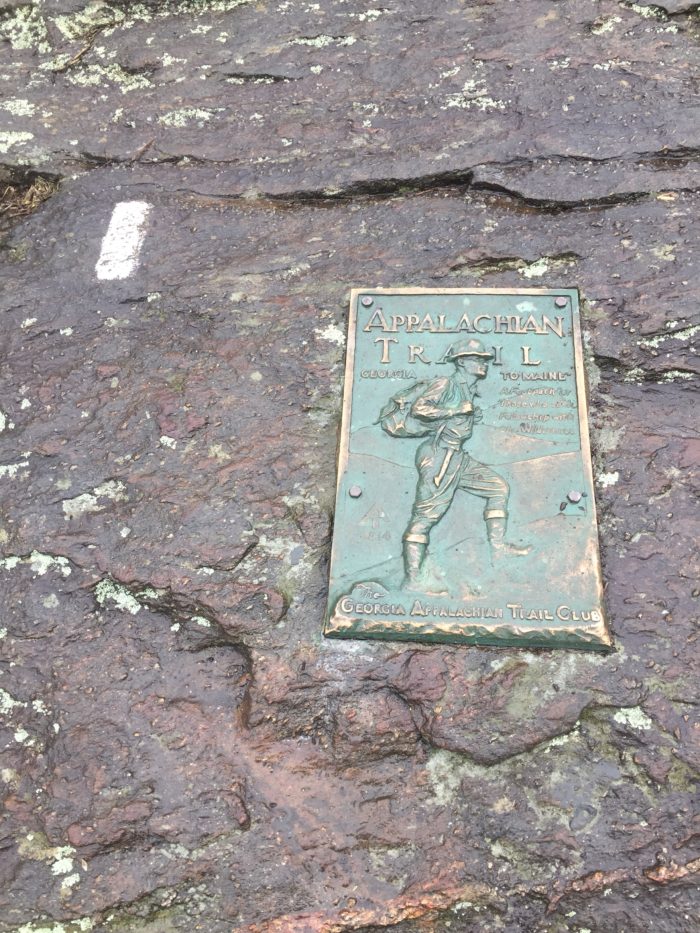 Rained all night long and extremely hard for an hour or so. A little rain got inside the tent but no harm done. I was set up right next to a steep bank and didn’t have enough room for a perfect pitch; lesson learned. Many of the nearby tents got flooded so I got off relatively easy.

Trail magic was the theme of the day. First at Gooch Gap, where I just  grabbed an apple and kept moving. Next, the magic scene at Woody Gap was amazing. They had a huge fire going, tents, chairs, and every imaginable food and drink, including whiskey and fine cigars. I had food, coffee, and took a cigar for later.

The weather had been misty, cold, and drizzly all day but when I got up Blood Mountain it was sunny and warm. Coming back down into Neel Gap the fog was so dense you could barely see anything.

I checked into the bunkhouse, picked up my resupply box, hit the showers, and guess what – more trail magic. Burgers, dogs, veggie burgers, casseroles galore, and much more. My food bag runneth over. Nah! I’ll eat it. 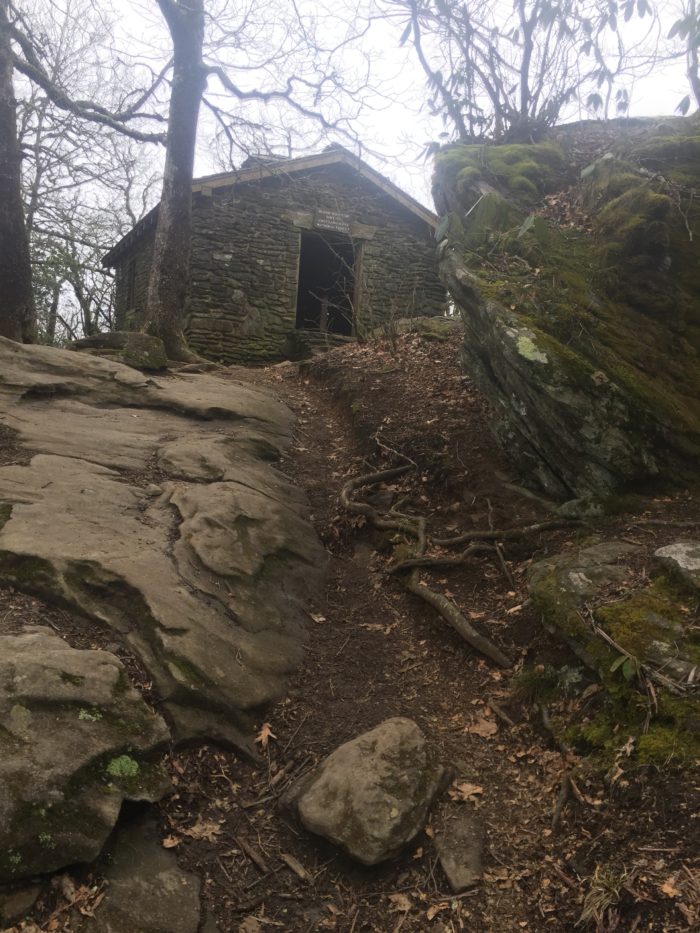 Spent the night at the Mountain Crossings bunkhouse; they were full and I got the last bed. The dude below me tossed and turned and snored louder than any I’ve ever heard. Almost went outside and set up my tent. The hot shower was wonderful, however.

Started hiking at 8:30 a.m. and the temps were frigid and the howling winds were brutal. I had to keep moving fast to stay warm. Finally in the late afternoon the winds calmed, thankfully, because I was about to stop and put on more clothes.

Lots of great views today and some nice chat as I passed hikers. Met Hopalong from Florida; he lives on a sailboat there and thru-hiked the AT before.

Pulled into Blue Mountain Shelter and pitched the tent. Two others tenting and a couple in the shelter, all older folks, so it’s nice an quiet here. Hopefully get a decent night’s sleep tonight. 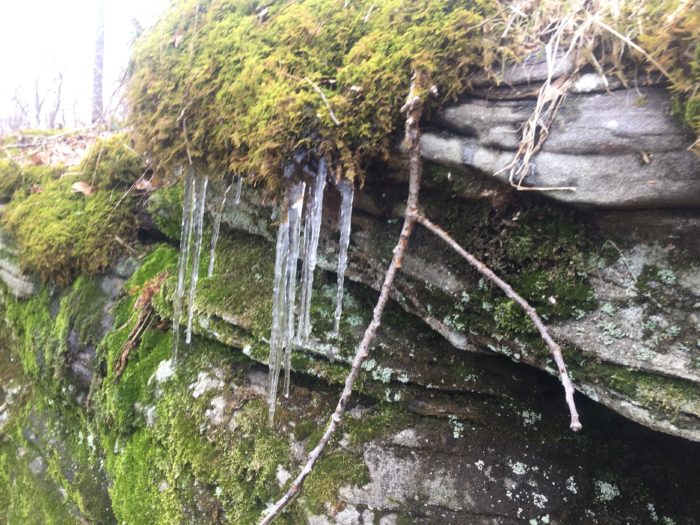 Started the day trotting down Blue Mountain into Unicoi Gap to meet Beverly, who drove up to deliver my my new Zpacks Arc Haul backpack. After a few quick adjustments I emptied the old pack into the new one, then headed up Rocky Mountain.

Met and chatted with several hikers on the trail today. Mexican Mainer is walking home. Dagon’s Breath is retired military, his wife is with him, and they sold everything to go hiking. The bubble is huge and the crowds huddled around the shelters are too much for me.

It was party central at Deep Gap Shelter. I pushed on by and considered camping at the Powell Mountain vista but the weather was cold and windy so I called Top of Georgia hostel and there was only one bed left in the bunkhouse. I decided to pass on the bunk and camped at Moreland Gap, about a mile from Dicks Creek Gap at mile marker 67.1. A couple from Birmingham, Ala., who are section hiking Georgia showed up and are camped here with me. 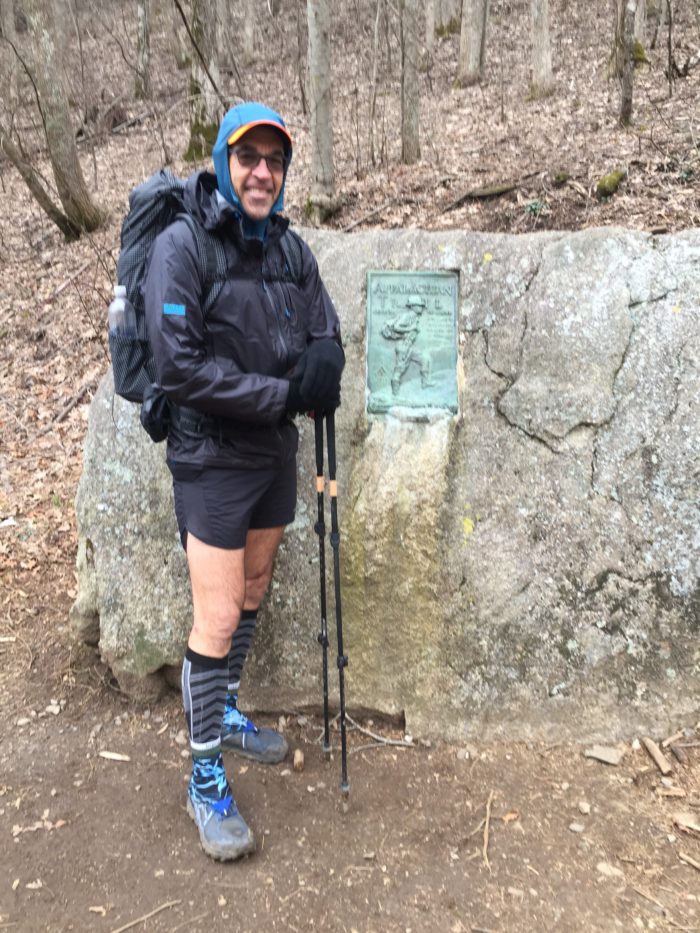 Rolled out of camp and was down to Dicks Creek in time to catch a shuttle to Top of Georgia hostel. I needed to pick up my resupply box and buy a few items. They had a guitar sitting out so I asked if I could play it. After one tune two employees handed me a marking pen and asked me to sign the guitar. I breezed through a couple of tunes, sipped a coffee, and attracted a small crowd but had to go.

Walked back to Dicks Creek and started hiking up the trail around 10 a.m. Passed about a dozen hikers before reaching the North Carolina-Georgia border. Decided to cut it short today and stopped at the first shelter in North Carolina. Eventually, everyone I had passed showed up at the shelter so it’s a crowded and noisy scene here now.

Some folks I met on the trail: Scar Badger, French Fry, Prancer, Amy Winehouse, and more. 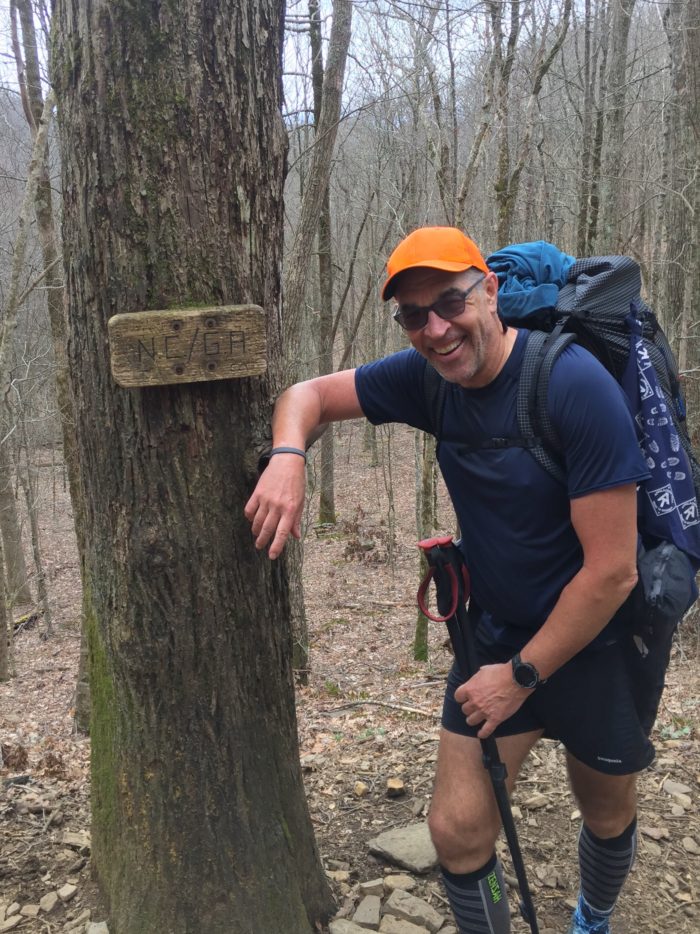 Got started early but stopped about one mile up the trail to make coffee and a hot breakfast. The weather forecast was for rain in the afternoon but as the day progressed it started looking better. I decided to go longer, so for lunch I stopped and made a hot meal and coffee, also slowed my pace slightly to conserve energy. With the Albert Mountain climb coming near the end of the day, I wanted to make sure the legs were still good up that super steep half-mile climb to the top.

The weather was mostly clear so the views were rewarding. That spot also is the 100-mile marker and my first milestone. Proceeded down to the newest shelter in North Carolina and was pleasantly surprised that there were very few people and they were all tenting nearby. It started raining so I opted for the shelter. Just me downstairs and Blue Moon upstairs.

Folks I met on the trail: Boxcar, Noodles, Sage, and more. The AT is busy in the South this time of year. 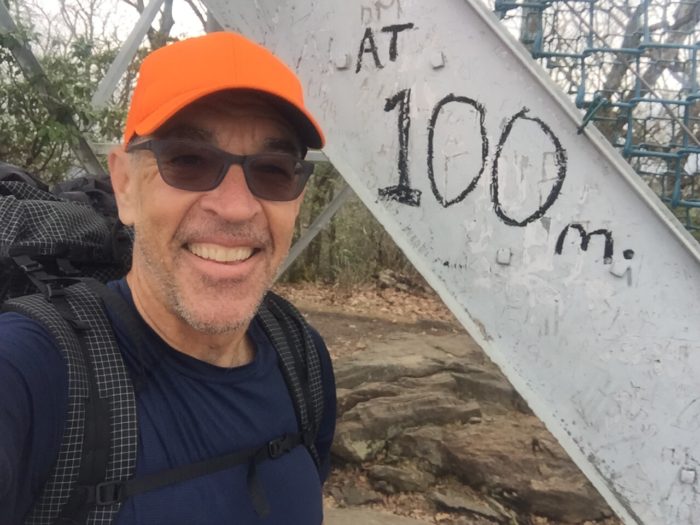 It was just beginning to rain as I  arrived at the shelter and, surprisingly, no one was in the shelter. I did not pitch my tent and slept in the shelter, which was a good thing because it rained very hard.

Being day seven, I really needed to take a shower and do some laundry so it was a short walk to where I met Ron Haven, who owns a hostel and shuttles hikers around Franklin, N.C. Scored a private room, showered, and did laundry. Ran a few errands, picked up some supplies, and ate a huge plate of wings and fries. Went to sleep in a real bed. Will be back on the trail in the morning. 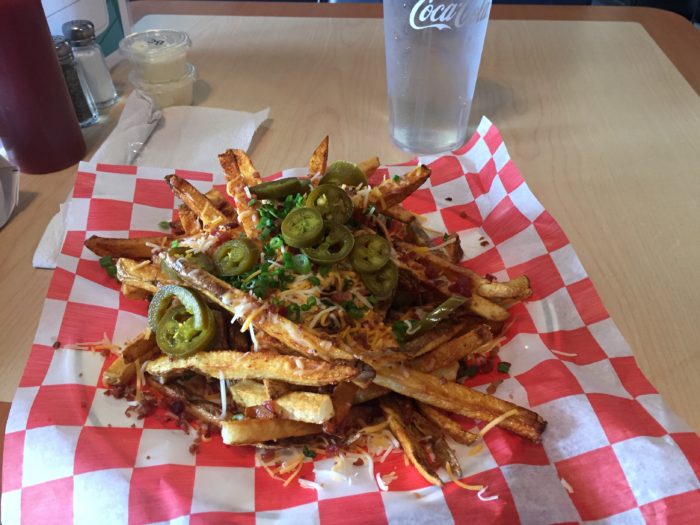