– The Top of Georgia Hostel to Gooder Grove Hostel –

Hiking to a small goal of 100 miles needs to be celebrated. Is it hot enough out? Always. A polar plunge was the way to go. After dipping into the nearest icy pool, screams were let out like little school girls. A few hikers came around the corner. They said “is everything ok?” We heard women screaming. Laughing, they were informed it was just us. Hiking for the rest of an uneventful day, camp was reached.

The wrath of the skies 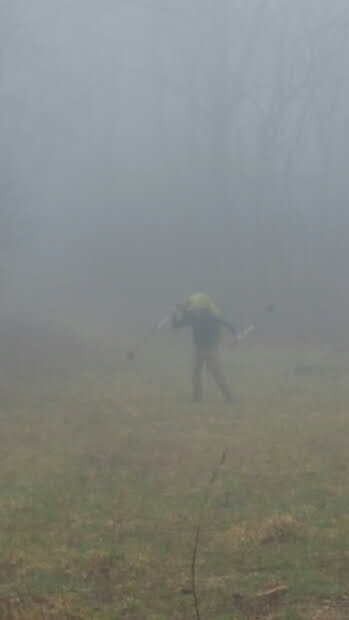 Around midnight, the weather took a drastic turn. First, the rain started lightly. The winds started gently to blowing gusts. The hail started to bounce off the tent. As the winds increased, the tent moved and bent under the pressure almost bending the poles in half. The fabric resembled a person snapping a rug outside to get the dirt off. After some hours, the weather calmed down.

As the sun washes over the valley, cool breezes and another day begins. Breakfast was enjoyed with some morning yogurt bars, coffee and poptarts. Breaking down camp after a much needed meal, happended next.

The path consists of mostly leaves, rocks that are small, mid or large, gnarled tree roots and mud sticking it all together. The path never is straight. It always winds like a snake to and fro in between everything and can be confining. 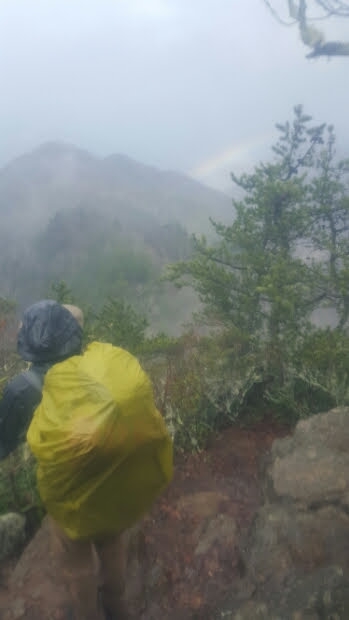 Moving branches and twigs out of the way, tunnels could be seen. These formed a subway like entrance. They were straight up to down with an arch formed from trees and leaves.

After following the trail for an immense amount of time heading straight up, a ridge line could be seen with a trail runner. They said beware of the mountain known as Albert. It is an intense climb up. Sweating heavily, pressing forward, every step was arduous and painful. After 20 minutes, the top could be seen. The shelter soon showed up and was home for the night.

16 miles travelled the previous night took a huge toll. Albert mountain had indeed done its job. Morning brings the forest alive with birds singing and other melodious sounds. The path changes quickly from level, to a left sloping danger. A foot wide path is all there is to travel. It is entwined with slippery wet tree roots, moss covered rocks and mud.

The sun peaks out from behind the clouds and the humidity rises. Humid days sap strength from us twice as fast as a normal day. As the winds increase in strength, the groans of the trees can be heard creaking. Coming to an opening, a road sign can be seen. At this point, Franklin is 11 miles off the trail.

Securing a ride, a store is visited. Soda is bought with some candy and snacks. The soda is overwhelming. Weeks of water and no flavorings will do this. Securing a second ride to Gooder Grove, it was a serene place with hammocks tied to trees and the normal ammenities of laundry, charging electronics, showers, and beds. This was home for the night.

Lessons from the indigenous lifeforms.

Securing a ride back to the path, 4 miles were travelled. A shelter site was selected and tenting was the option for the night. Reaching out for some midnigbt water noticing via headlamp, the hydration bladder mouthpiece was chewn to bits, things started to make sense. Alfredo noodles and bits remained on the mouthpiece resulting in a chew fest. Carving off the feast area, somewhat of a useable mouthpiece could was left.

With the pitter pat of constant rain, mother nature called seriously. Whats it like to have to do tour business with it pouring cold rain? Freezing cold water splashes on you. The toilet paper turns to mush with a drop of water on it. Not fun.

Branden balanced his pack against a tree. As if an unseen hand swatted the pack like a trickster, it tumbled quickly into the river. Hurrying after it, the pack was retrieved without too much water seeping into it. After hiking to a shelter, this was home for one more night.