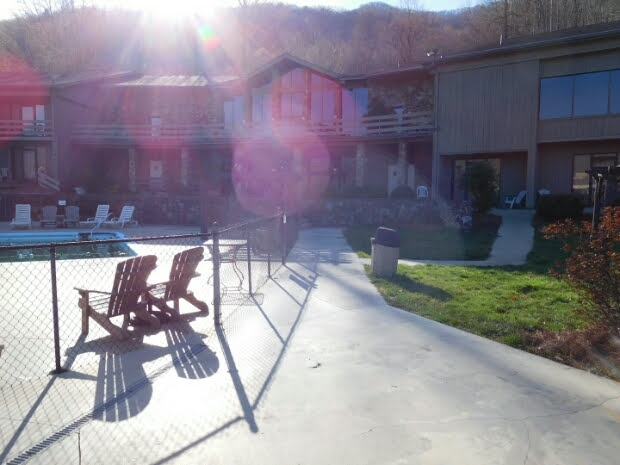 The Fontana dam resort luxury room was unbelievable. It was so comfortable. Going from a less than one inch of an inflatable pad to sleep on compared to a mattress, holds no contest.

Stomachs grumbled reminding that it was time to eat. Stuffed meatloaf and bbq flavored pulled pork were eaten at the lobby restaurant. One of the lobby doors opened as a guest came through letting a small breeze in. This was a stern reminder no showers were taken in 2 weeks.

Wrestling one another for the chance to hit the hot shower, the order was decided. After using scrubby gloves to remove layers of grime and finishing up, the next shower was taken.

Falling back on the mattress after a shower, it was almost impossible to fight off sleep. Staying focused and remembering the sleeping pad didn’t stay fully inflated at night, it was decided to see what was going on. Running a shallow bath and submerging half of the pad showed there was a leak. Drying it off thoroughly, super glue and duct tape was used as a patch.

Watching tv and sitting on the bed while exhausted made morning come way too quickly.
Having an overage of supplies, the items needed to be bounced forward a few weeks via mail. The facility didn’t open until almost noon. This lost quite a bit of the day. Shortly after, the packages were on the way to the new forward travelling destination. Heading back to the resort, Cody was waiting for shuttle services.

After being shuttled, the trail was ascended. Taking in the view of Fontana Dam was amazing. 25 miles with the darkest blue and crisp white waters had to be taken in. 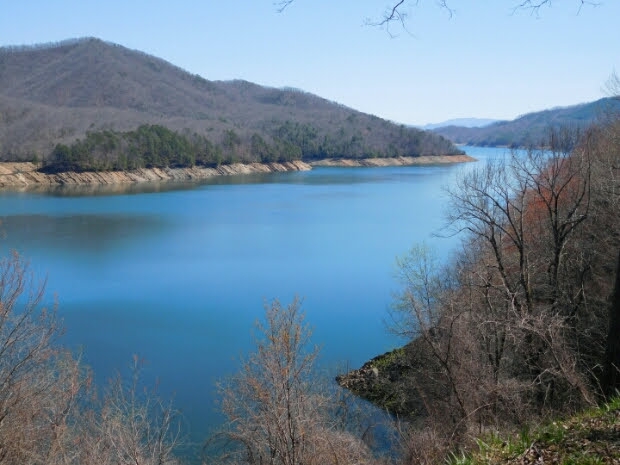 Descending to the visitors center a man named Pioneer One was seen and asked “can you help me with a small problem?” he lifted his back door up and there were 24 Krispy Kreme doughnuts ready to be eaten. Happily 2 each were mauled. Thanks were said and the journey was underway. 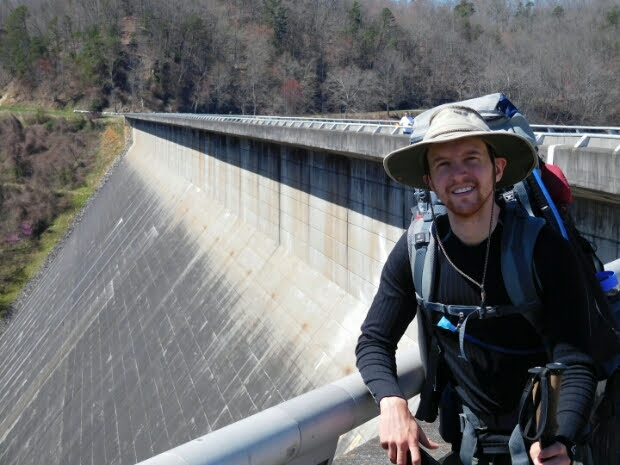 Crossing this marvel was something to behold. It was long as far as could be seen. Looking over the edges, the bottom was easily hundreds of feet down to the aqua blue waters. After crossing the dam, the entrance to the smokies was located. Filling out a permit each from the box, the journey moved on.

Hiking for a few hours, the day didn’t seem too tough, yet. Rains came for about an hour soaking the gear completely. The path was made of roots, mud, leaves, different size rocks and was extremely challenging. The placement of each stone left only inches or less to step on without rolling or breaking an ankle. Hiking for a few hours, stairs were sighted.

Looking around, wooden stairs made of railroad ties were wedged into the mountainside. This led up an unknown amount of stairs. The top was covered by dense fog and an unusually bright light at the top. 100 feet of stairs was traversed. The fog lifted gently and the unseen 1000 foot ascent was in full view.

After the intense quad burning climb was completed, the direction of Derricks Knob Shelter was pursued. Other hikers along with a permit checking ridge runner (believe this is the term for a forestry service worker) were present for the night. The low teens temperatures began to seep into the shelter. Everyone butted back to back in sleeping bags to boost the group warmth.

Saying goodbye to Gearbear, Chessmaster and Lookout, the journey continued into the dense foggy area. Tunnels of trees could be seen in the form of archways that perfectly surrounded the darkened tunnel. Coming through the tunnel, perfect replicas formed out of ice could be seen. If one was a leaf made by nature, next to it was exact same thing, but purely made of thin ice.

One hour passes and the snow begins to set in. First it starts slightly, then moderately. Should of known it was coming. Just over the ridge line is when the full force of the storm hit. 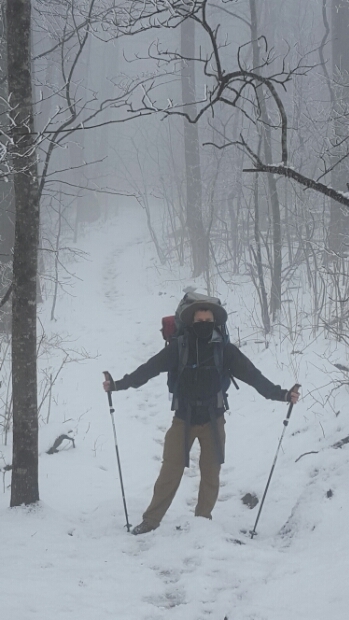 The shelter was supposed to be a long ways off trail. Trapsing through mud, sticks and slippery things, the shelter came into sight. It was overflowing with people. Room was made as best as could be. Sleeping bags were back to back to fight the frigid night. No matter what was done, the icy fangs of winter crept into the shelter and behind the tarp. Morning couldn’t come fast enough. Wearing thermals, a beanie, double socks and a jacket was just barely enough to stay warm.

Looking outside there was at least knee deep snow. Each step back to the trail was a huge guess. Everything was covered from the previous day. Each foot placement was hopefully not hiding a rock to turn an ankle. 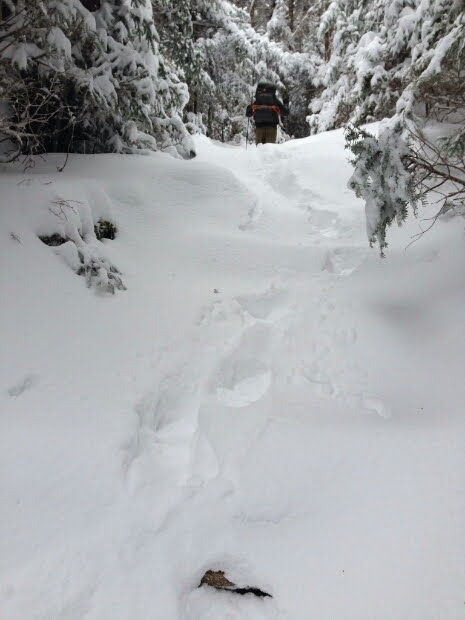 After stumbling 100s of times from unseen things buried in the snow, the trail was followed.

Finally, the road to Gatlinburg was reached.