Barely awake, morning began its warming light. What happened to just falling asleep last night? Was it that fast? Taking care of showers and partially packing gear, breakfast was sounding perfect at this time. Looking around the town on the phone, a restaurant was chosen. Heading outside, a small bridge crossing was seen. 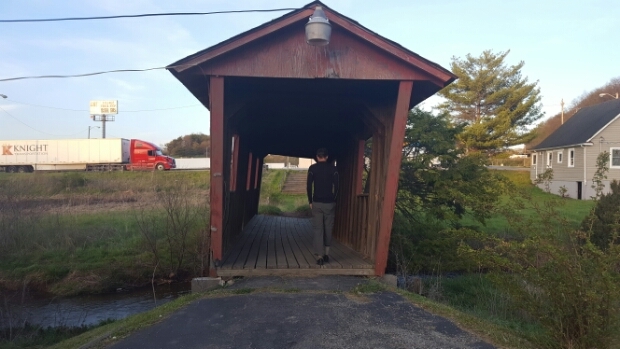 A leaning dull red covered short bridge with a street light on it had to be crossed. This creaked and groaned a lot walking through it. After walking a ways down the street, Atkins Tank restaurant could be seen. Going inside, a table by the windows was selected to sit down at.

2 orders of the Two by Four and 2 biscuits and gravy plates were ordered. The first meal contained bacon, toast, eggs, hashbrowns, sausage patties, and pancakes. After mowing through all that wonderful food, only a pancake on each plate was left. Thanking the cook and waitresses, gear was picked up from the Relax Inn and onward the journey went. 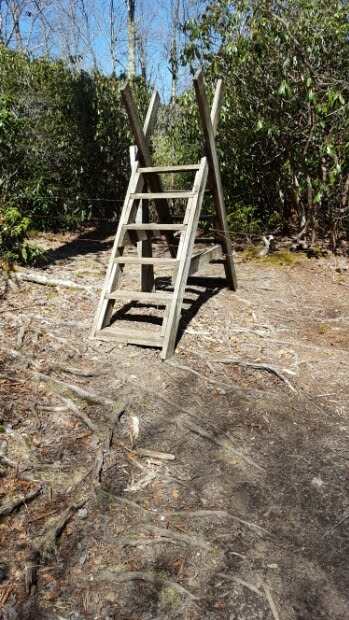 Following the freeway towards the dirt path, a set of wooden 45 degree upward stairs that led over a fence was sighted. It appeared these were installed to allow for ease of access over the barb wire fence. Carefully climbing up and over the stairs was completed.

A couple of hours goes by and a vibrant green meadow laden with dandelions decorated with shin-high grass was nearby. The air had a light scent of lavender as the winds picked up. The sound of rushing water could be heard in the distance.

A clearing presented itself. A lot of moving water was all around. The river seemed to be only a foot or less deep. The icy waters seemed to offer a pleasant break from the intense heat of the day. Removing tops, boots, and socks, a shore that led to a nearby sandy outcrop was sat on. Feet were slowly submerged under the intensely frosty waters. After riding out the intial shock, calm and relief came slowly. Looking around the area a building could be seen. 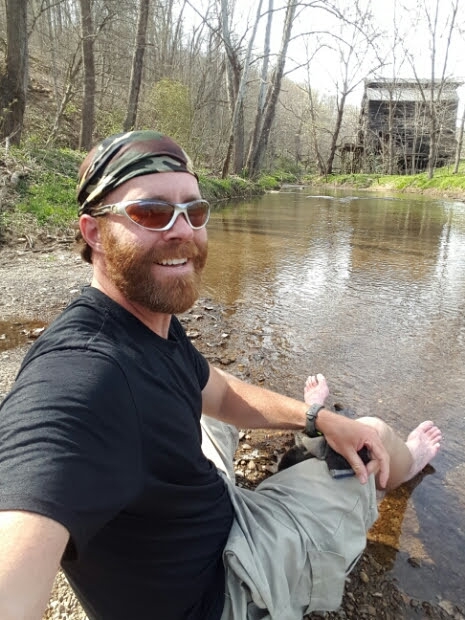 An old watermill or possibly a sawmill that seemed to not be in use was nearby. It was a greyed and darkened sided building. It looked like the building could use some or a lot of repairs. Putting shirts, socks, and boots back on hours of walking went by. A person could be seen in close proximity.

Striking a conversation, Randy (local landowner) offered information about nearby places to camp, water, and other various details. Hiking onward, a shelter looked great for the night.

Something was very different here. The shelter was devoid of people? Almost 50 days went by and this has never happened. Dried foods were eaten for dinner. Water was scarce and care was taken to conserve it. Night soon turned out the lights.

Waking early and still alone, solo use of the picnic table, shelter, and water was enjoyed for the first time. The guide book was consulted.

There were 2 climbs coming. The first 45-degree climb took around 30 minutes to ascend. The next one increased its sharp ascent while adding a few foot-tall stairs with heavily narrow corridors. The days heat intensifies.

Pushing so hard, sweat was coming out of everywhere. The summit of the hills was finally reached. A couple of hours goes by with a very smooth and flat path. Is this leading to a later punishing uphill?

The monster mountainside appears. Why is it when you think a peak is summited, another larger one always hides behind it? This new one was way larger than the last 2 ascents. 90 minutes went by. This felt like climbing a cliffside.

Clearing faces and eyes of hard-earned sweat, 20 plus steps could be seen. Each step was a few foot tall between each of the stairs. A clearing was not far off.

The Meadow and Spring

A spring that was flowing briskly into a pond was chosen to relax next to for a while. Looking up, the clouds floated by slowly. The day was mostly cloudy. A brief 30 minute nap came while listening to the spring flowing into the pond. A shelter was near.

Chestnut Knob Shelter was close to the 9 mile mark for the day. Taking another short break here eating some trail and protein bars, the path was followed once again. Walking an additional 6 miles, a noisy highway could be heard.

Around 15 miles had been traveled. Water was almost out and a campsite was nearby. Stop with little water and no resupply or move on? Moving on, a sign read “shelter” this way. The hunt for water continued as the shelter offered no water.

After a few miles, a large rushing water source graciously was heard. Filtering water into hydration bladders, 3 liters were acquired. Twenty-ounce bottles were filled, drank, and filled again before moving on to a nearby campsite.

Camp was erected and dinner was prepared. Ramen noodles paired with 2 variations of tuna fish (one with ranch, the other bbq) were eaten. Exhaustion set in and an early night came to be.

Morning illuminated the valley. The suns gentle warmth took the edge off the nights chill. Tents and inflatables were being put away. A lot of crinkling was heard. Time to get up.

A cordial ascent was done. This sidelined the mountain. 7 plus miles went by in a seemingly short time. A picnic table could be barely seen in a clearing.

Trash was left on the table. Leave No Trace is always the golden rule. Bring it in, pack it out.

Moving further, a freeway on-ramp that led to a bridge overpass was followed. 2 women could be seen.

Speaking with these two, they said to get water here because it was scarce for the next 10 miles. Thanking them, the path wound around a few intense upward switchbacks. After the dirt path partially leveled out, a sign showing the way to Jenkins Shelter was in view.

Jenkins shelter was home for the night.