Back in the Saddle

As a beginning rider, I took many lessons. Due to my small size, many of the regular-sized horses the farm used for riding lessons were too big for me. I was often stuck on ponies and slimmer horses. If you’re not a horse person, know this: ponies are Satan incarnate. They have as much personality as full-sized horses jam-packed in their little bodies. As a result, I probably ate dirt more often than not. 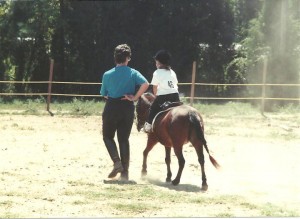 (Side note: Thanks to evil little ponies such as Spicy, I now have a seat like Velcro and it takes a lot to get me off a horse these days)

However, every time I landed in the dirt, my instructor was there helping me up. She would then tell me to catch my errant mount, whom was probably galloping around the field or flirting with the geldings next door. And next thing I know, she had my foot in her hands and was pushing me back on my mount.

This lesson has stuck with me in the nearly two decades that I have been riding, leasing, and owning horses. And it can be applied toward other things as well. 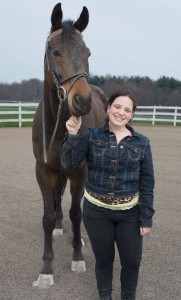 For example, if you look at my posts, you’ll notice that there has been more than three months between my second post and this one. And for someone who seemed so enthusiastic about starting on the Appalachian Trail – what happened?

For those of you who may be concerned: 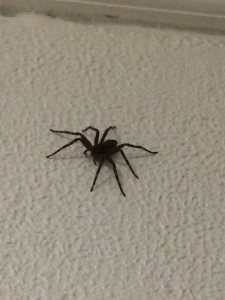 I did something worse.

I let my desperation, my comfort in a relationship dictate what I truly wanted to do.

Remember the boyfriend? Repetitively, from the day I told him my intent to thru-hike, he would point out reasons why I shouldn’t. Truly, his intentions weren’t malicious. He comes from a background that emphasizes hard work and establishing a career while young, and he thought that it didn’t make sense for me to disappear off the grid for five months when I could be working toward a career and making a name for myself. No matter how much I tried explaining, it was just something that didn’t really make sense to him.

This summer, I knew our relationship was disintegrating. And in a desperate, final bid to save “us” because how could I start over with someone else? I told him that I would not be hiking the Appalachian Trail. He seemed mollified but almost immediately, I started to resent him a little.

I traveled locally for my internship, frequently along Palisades Interstate Parkway. My office was literally on the Appalachian Trail. I saw white blazes everywhere.

And my heart died a little more every time. I learned to shut my eyes against those white blazes, to stop looking for them every time I passed a sign indicating that thru-hikers would be crossing the roadways. I made awkward excuses whenever my family asked me if, yes, I was still heading off in March?

Still, I didn’t stop dreaming. I still religiously read Appalachian Trials blogs and articles. I still picked up books and read them as often as I could. The only thing that changed was that I had a pang of sadness in my chest when I realized I wouldn’t be one of hundreds or thousands setting out in the spring.

And then it was over. The boyfriend and I split. It wasn’t a bad breakup – it had been coming for a long time, and we were both relieved when we realized that we were done. He is still a very close friend and we are on extremely good terms. However, it was incredibly sad to realize that we weren’t an item anymore, and I couldn’t talk to him about just anything anymore.

While sniffling on Skype with two of my girlfriends, I snapped out of it.

“I just realized! has been holding me back! I can do so much more now. Like actually attempt the Triple Crown!”

My friends stared at me.

So, here I am. I may have fallen off the Appalachian Trail pony prematurely, but I’m back. I’ve got my big girl pants on, and I’m about to take the ride of my life.