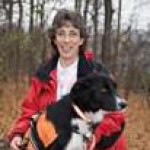 Back on the trail

I guess it was a sabbatical. I broke my foot at the end of June and I have been off the trail for 10 weeks. Though I’ve been back to work. However, I had the chance to go back to the trail and so I took it.

I returned back to John Stempa’s garage hostel. That’s where I left off. The day that I broke my foot, I skipped Lehigh Gap because I  was sore.  So I needed to return and make up that section. I was really worried because, from the bottom it looks quite imposing. And there was so much hype from other hikers.  I left Boomer to spend the day hanging out at Stempa’s, with his John’s two imposing-looking Dobermans, Guinness and Nemo. They only look imposing, they are really big friendly pussycats.

Lehigh Gap turned out to be far from the most difficult climb. In fact, so far I think the most intense climb so far was a side trail from Blue Rocks campground back to the Appalachian Trail. Nothing in any guidebooks prepared me for that hike   Not only was it a purely vertical tenth of a mile with hardly anything to hang onto, I was doing it by myself and figured that if I fell off and died, my body could lie there for a long time before I was found.  Although one of my friends -Joker – was planning to come along behind me. But then, I was worried about him for several hours before he caught up with me again. Because if he fell, nobody would come along to find him. Eventually Joker did catch up with me. And he made it all the way to Katahdin, arriving just about the time that I returned to the trail. In fact, he was the last hiker friend I saw it before breaking my foot. We had lunch together and then went our separate ways. And then I fell, stomped down on my foot, and that was it for ten weeks. 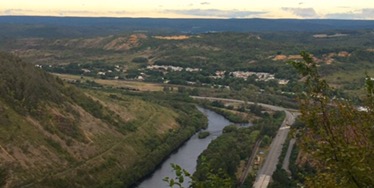 After Lehigh Gap, I spent another night at Stempa’s. I then resumed taking north word from Wind Gap, where I left off in June. And I’m pretty much the only northbound backpacker on the trail. I passed quite a bubble of southbounders in the last few days. 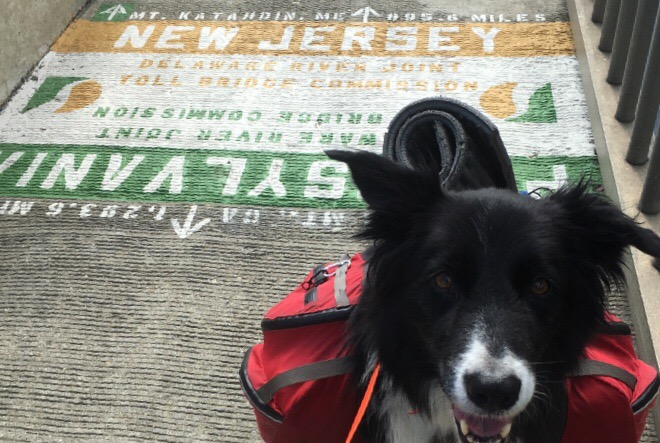 Yes, I have finally finished Pennsylvania. And it’s rocky but doesn’t seem to me as rocky as what I’ve done in New Jersey so far.

In fact, I’ve noticed that the rocks in NJ are breeding. Here’s a photo of baby rocks, getting ready to restock the trail to replace any that might have inadvertently gotten kicked off to the side. 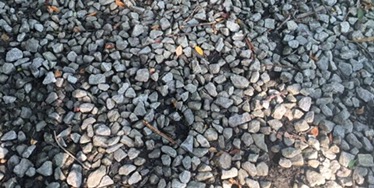 I’ve seen a little bit of wildlife along the trail. No New Jersey bears yet. But a little deer that stood right by the trail and watched us pass. And two porcupines . Fortunately Boomer returned to me immediately when I saw the porcupines. I managed to get a picture of one, just before the Mohican outdoor center. It was getting dark so it’s not the best photo. 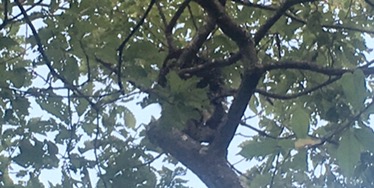 For the last day and a half it seems I’ve had a reprieve from the southern Jersey rocks. People tell me more are coming ahead, and tomorrow morning my hike starts early with the “stairway to heaven”.

It was supposed to thunderstorm today, so I decided to take the afternoon off. Turns out it hasn’t been bad at all but I’m sure my body and my foot can use the rest. 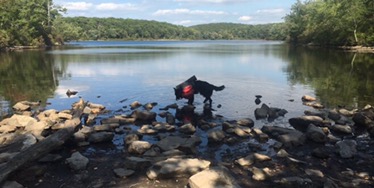 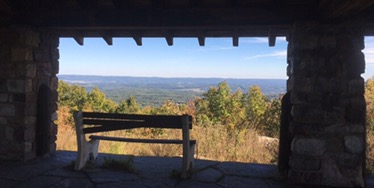 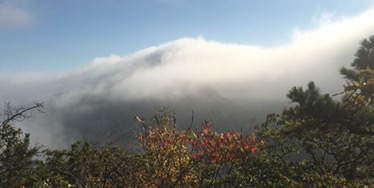