The Barefoot Hiker Begins His AT Thru-Hike

Hi, folks. It’s the Barefoot Hiker. I wanted to update folks on the craziness of this last week. I am finally on the trail. 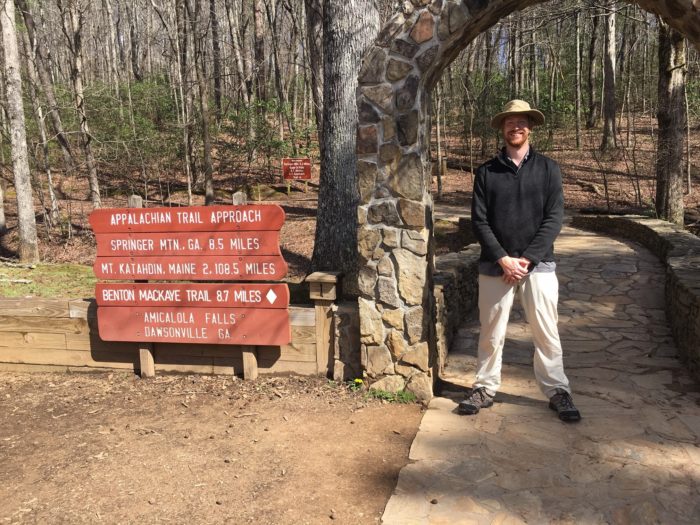 On March 29, I had been through enough in real world delays. I bought a ticket for the midnight train to Georgia (actually a MegaBus ticket, but did leave at midnight). I arrived in Atlanta as the I-85 intersection apparently imploded causing extreme delays and shuttles were booked. After two hours of train delays and no luck with shuttles, I Uber’d to REI and finished my last minute shopping at North Springs/Perimeter.

Do you know how much a surge price to Amicalola Falls would run? Hint: It had three digits. That’s the price to pay for not wanting any more delays.

I finally arrived, set up camp at the Epperson Shelter, and had “Glacier Swiss” help me set up my pack for the next morning’s start. I was at 33 lbs at start and was helped with my Pacific Crest Trail bear bagging technique.

It was freezing over the night and I woke up several times to adjust. At 2:30am, three hammock thru-hikers set up, and I was only slightly startled to see hanging cocoons outside of my shelter. 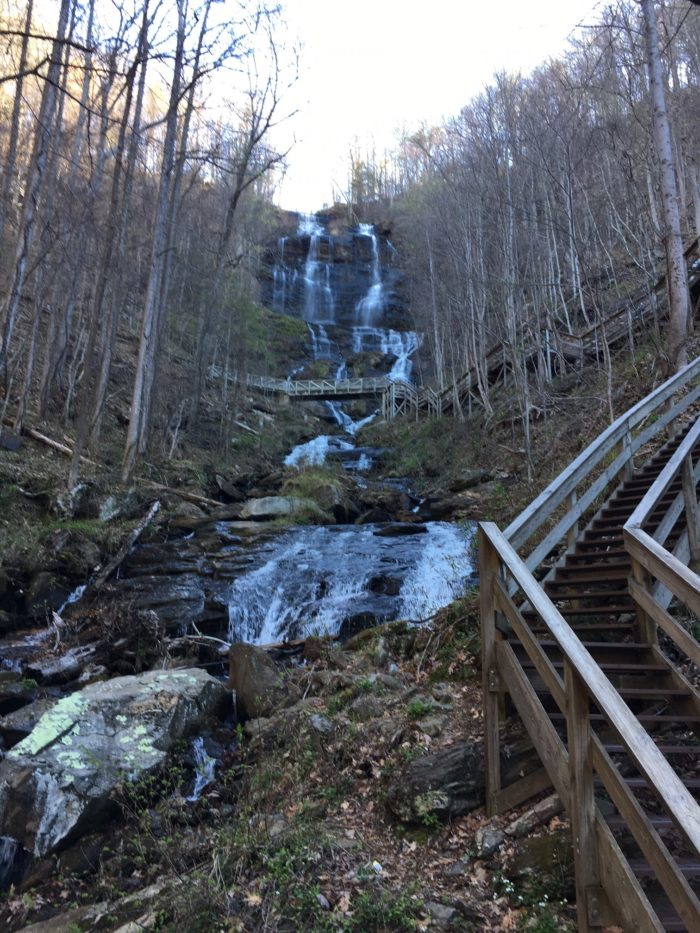 Stairway of Doom. This whole 8.7-mile section was tough!

Finally, I set out to complete the 8.7 miles and 600-step portion of the Amicalola Falls. It was all uphill and proved I was not ready. I was so not ready. I met up with hiker “Sev”, short for his Lebanese heritage and seven names. We walked to Springer Mountain and gathered on the summit with some other twenty hikers who would begin their journey to Kathadin on April 1.

I was able to make it to the parking lot and met Mountain Squid. My first trail magic, Mountain Squid was a retired Mess Cook Chief. “Mountain Squid”, whose trail name came from his time in the Navy, would meet me up again at Neel Gap some thirty miles away after just two days. But that’s a story for another time.

I have maintained a fairly large mile-count for the past few days, but chose to settle with “The Fellowship”, a group of hikers who have stayed together these past few days, to avoid the storms and freeze warnings.

In the next post, I will be providing updates on my sore feet and terrible shoes, The Fellowship, and more trail magic and trail name stories.

See you on the trails!