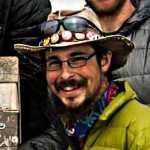 It was recently announced that Baxter State Park (BSP) will be limiting the number of Appalachian Trail Long-Distance Hiker Permit Cards it will issue starting in the 2017 hiking season. This applies to all Northbound and Southbound Thru-hikers, Section Hikers and Flip-Flop AT Hikers entering Baxter Park wishing to take the Hunt Trail section of the AT up to Baxter Peak.  The breakdown is as follows:

So what does this mean for the AT class of 2017? Are there going to be some hopeful hikers prevented from experiencing Katahdin via the Hunt Trail (the AT) because there may not be enough permits to go around. For now the answer appears to be maybe.

Let’s look at BSP’s own numbers to try and put the impact of this new policy into perspective. According to the release posted on BSP’s website the number of permits available for the 2017 season will be capped at 3,150, which is 417 more permits than they issued in 2016. That comes out to about a 15% increase in the total number of permits available for 2017. However, the same problem causing most of the current issues facing the AT is also at play here: the trail’s ever-growing popularity.

Baxter State Park Authority (BSPA) cites that over the past 25 years the number of long-distance hikers using the park increased an average of 9% annually. However, between 2015 and 2016 that figure stood at 23%. In essence, if a similar rate of growth continues for long-distance hikers in 2017 as it did in 2016 it means there may be a couple hundred hikers who could miss out on a traditional Katahdin experience.

BSPA notes in their issuing letter:

“If all available cards have been issued, AT hikers may still complete their hike by entering the Park through the Togue Pond Gate following the same process as other day use or camping visitors.”

The letter adds, “Hikers determined by Park Rangers to be AT Long Distance Hikers hiking on the Hunt Trail without a card will be subject to a summons and fine in accordance to Rule 1.3.”

Of course, all of this should not come as a surprise as tensions between BSPA and the Appalachian Trail Conservancy (ATC) have been growing for some time. In recent years, as the popularity of the AT has continued to rise, the BSPA has felt that the increased traffic and abuse is out-growing their capacity to manage the impacts the AT community has on the park. Many would agree that these tensions finally came to a head in 2015 with the highly publicized controversy between the BSPA and ultra-marathoner Scott Jurek. 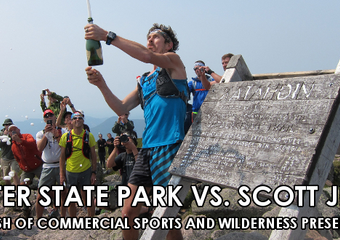 Baxter State Park vs. Scott Jurek: The Clash of Commercial Sports and Wilderness PreservationOn July 12, Scott Jurek stepped onto the summit of Mount Katahdin and into the record books: after 46 days, 8 hours, and 7 minutes of hiking, Jurek officially broke the speed record for an assisted thru-hike of the Appalachian…Read More

These events worry many in the AT community as the BSPA is under no obligation to permit the Appalachian Trail to run through its borders. The BSPA’s mission, above all else, is to preserve and protect the land they oversee, not to provide recreational access. If they so choose the BSPA could demand the AT be rerouted around the park effectively removing Mount Katahdin as the northern terminus of the trail; a proposal that has been floated more than once. Fortunately, for now this seems to always be treated as a hypothetical worst-case scenario to be used as a last resort.

In response to previous year’s events, in 2016 the BSPA enacted the permitting system for long-distance hikers entering the park to better track the numbers of AT hikers crossing their borders. Now in 2017 placing a cap on these permits seems like a natural evolution. How these changes will impact the 2018 season remains to be seen and will likely be influenced by 2017 numbers. To read the park’s official statement click here.

UPDATE (2/2/2017): The ATC issued a response to BSPA, challenging the permit cap, saying the following:

This new policy imposes a cap on the number of long distance A.T. hikers who are allowed to climb Katahdin that is 15% higher than 2016 A.T. Katahdin hiker numbers. In our view this policy is not based on best practices, sufficient research or analysis of the current impact of A.T. hikers on park resources and the hiking experience.”