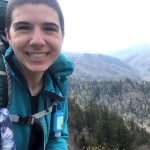 The Best Part of the Appalachian Trail

I summited Mount Katahdin a week ago and something I am frequently asked is, “What was your favorite part?” I can easily say it was the people I met. I started my AT thru-hike in Georgia as a solo hiker and a fear of mine was that I wouldn’t make friends, but thankfully that worrying was futile. Instead, I ended up meeting hundreds of amazing people and creating an unbreakable bond with my two hiking partners, Milkeye and Pro. 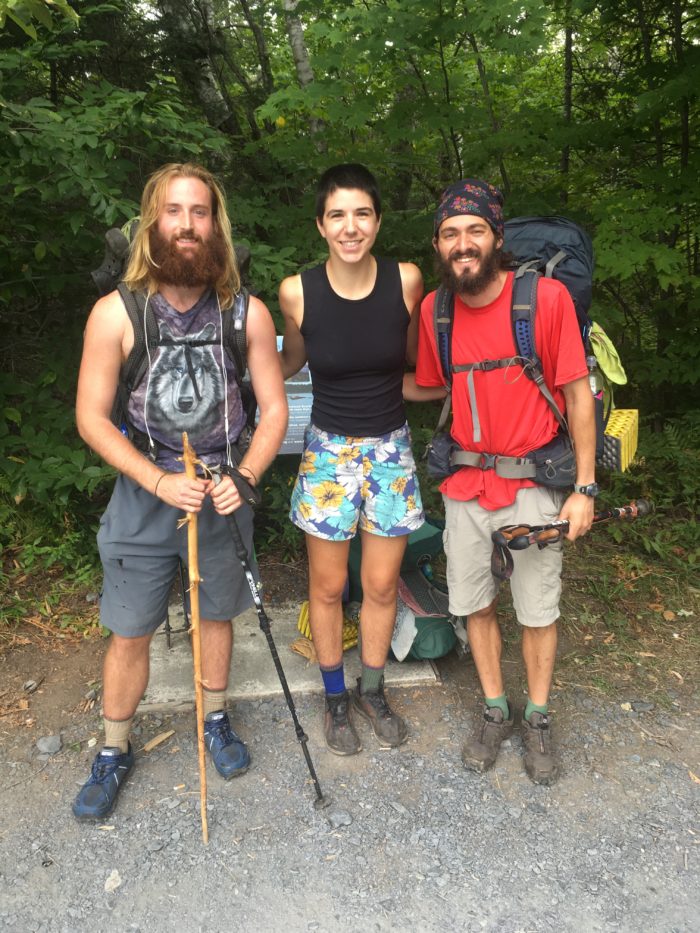 In the beginning. there were so many people; some nights I camped in a tent city of upward of 75 people. We were all new to the thru-hiking thing and clinging to each other in the hopes of finding comfort in this bizarre new life.
Throughout the span of my thru-hike I hiked with old men, young men, middle-aged women, couples, siblings, section hikers, day hikers, thru-hikers, people who were taking a sabbatical from their high-paying job and people who were homeless. I hung around with some of these people for a couple of hours and others a couple of weeks. And every person I interacted with added to my thru-hiking experience, but in the end there were two people I spent the majority of my hike with. 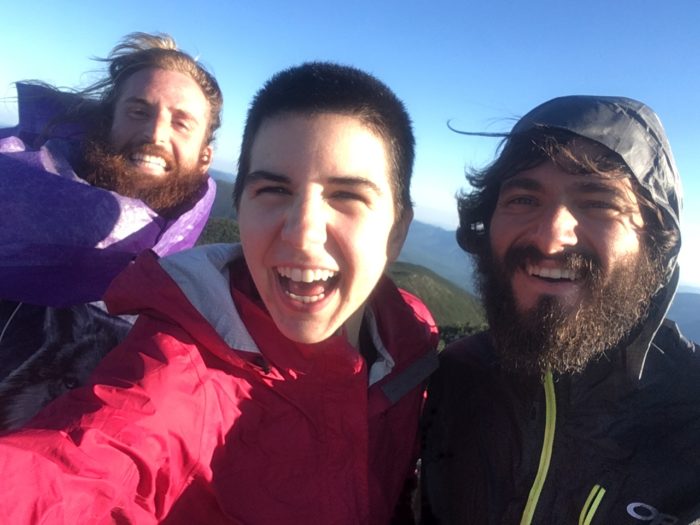 I met Milkeye and Pro way back at Neel Gap in Georgia, on the fourth day of my journey, and we managed to stick together. There were sections that I was alone and sections where I was only with one, or the other, but for the rest of my life when I think of my AT thru-hike I will think of Milkeye and Pro. 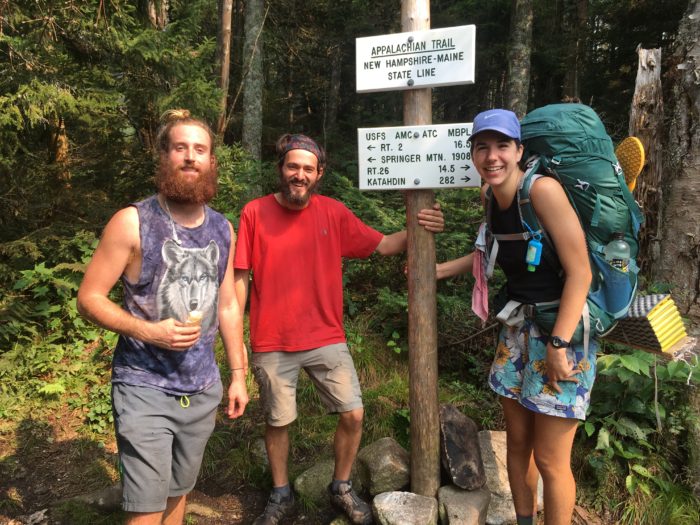 Milkeye is also known as Milk Daddy, the Milk Doctor, and the Milk Monster, but usually I just call him Milky. He looks like Prince Eric from The Little Mermaid with a beard and a pizza tattoo. I would practically cry sometimes when I ran into him at the end of the day, as if I hadn’t seen him for months. I would just get in my feelings while hiking so seeing him would snap me back into reality and remind me how lucky I am. 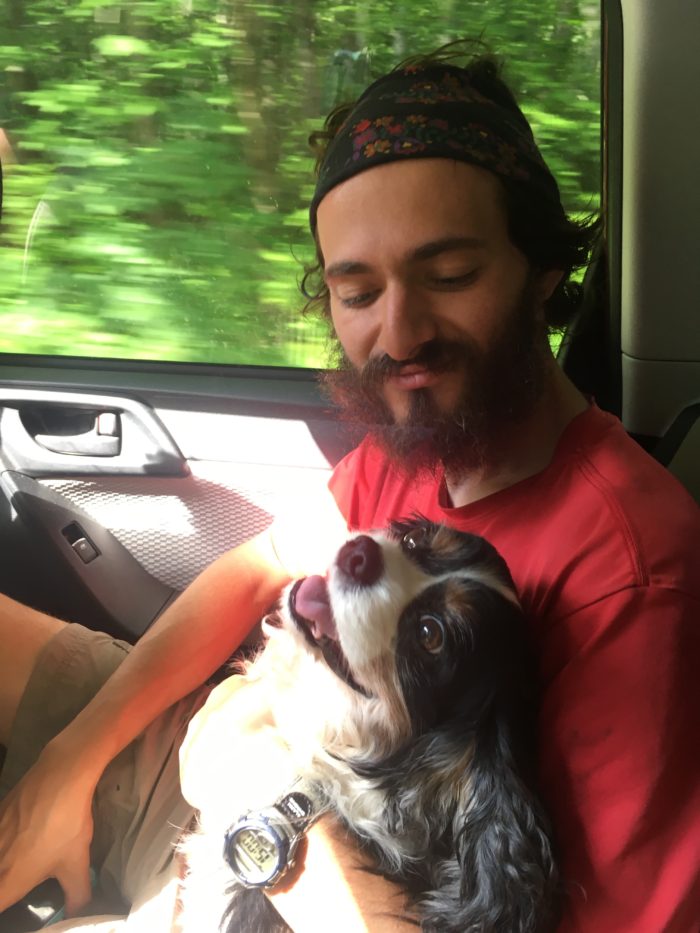 Milky was my sounding board on the trail. We would get into serious conversations about social issues, and often we had opposing viewpoints but we were able to remain cordial and respect each other. These conversations taught me so much about being an adult. He was also my shoulder to cry on, whether I was crying about hating the trail or working through personal issues that I brought to trail. 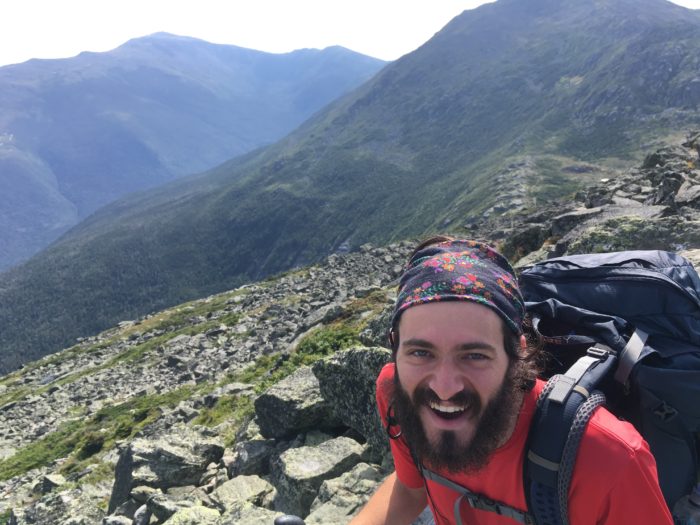 One day we sprint hiked into town to buy a cake and devour it on the sidewalk. I also have a real ability to get on his last nerve with my idiosyncrasies, but despite that he has my back. When we got to Mahoosuc Notch, the hardest mile on the AT, he simultaneously waited for me and gave me space, so I could do it on my own, but if I fell to my death he would be close enough to hear. 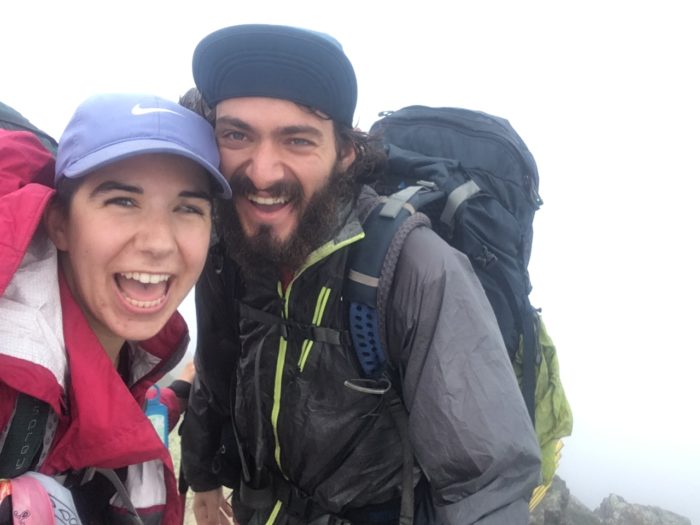 ‍
Unfortunately, he got sick right before the end, and due to food supply, impending weather, and the nature of the hike, Pro and I finished before him. I couldn’t stop crying as I climbed Katahdin because I just wanted my Milky to be there. 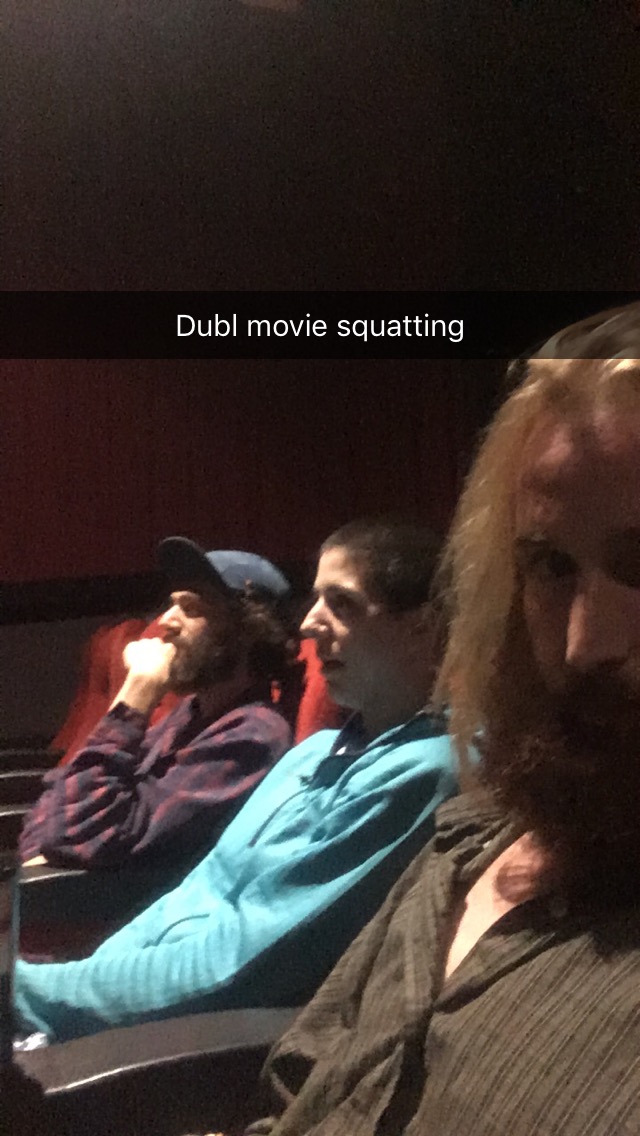 My other hiking partner was Pro. He did not have quite as many nicknames because I lovingly refer to him as Pro Baby. He looks like Prince Adam from Beauty and the Beast but with the most majestic beard and tie-dye wolf cutoff T-shirt. He is the funniest person I have ever met. 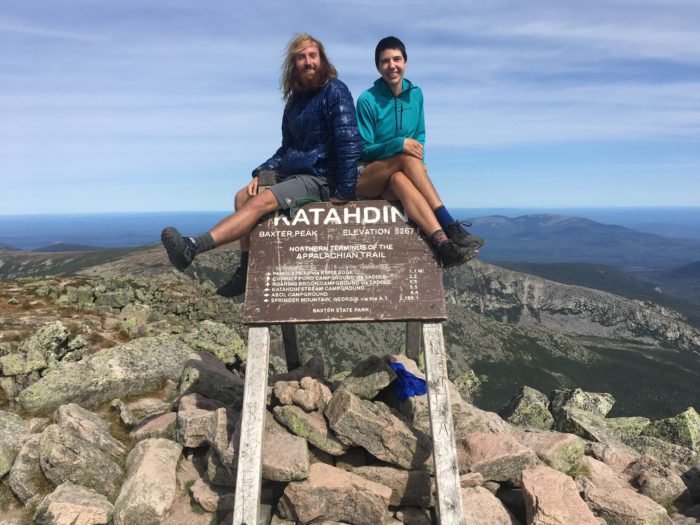 No matter the situation he knows how to make me laugh with a well-timed impersonation that he fully commits to. Like the time he recited the one minute, 55 second long intro to Giorgio by Moroder by Daft Punk. Or when he hiked up behind me, unknowingly to me, as I sang, “I don’t want to hike, I just want to sit on my butt all day” to the tune of Bang the Drum All Day, and he threw literal firecrackers at me. He usually carried a toy on him, like when he carried a whiffle ball set, or a cap gun. When he wants food someone else has he says either “I’ve never had that,” or “Oh, I love that too,” instead of just asking for some. 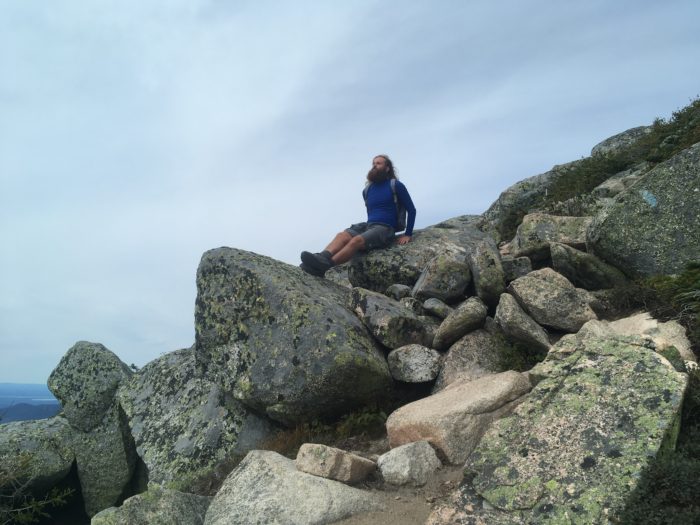 ‍
He is also so comically disorganized. He could pack up camp so quick in the morning because he just shoved everything in his pack and then I would spend the rest of the day feeling like Hansel and Gretel just following the path of stuff that fell out of his pack and retrieving it to give to him later. He could also hike and watch Netflix simultaneously, a skill I always envied. He and I took a day trip to New York City while on the AT and spontaneously decided to see SpongeBob SquarePants on Broadway, which I must say is some Tony-worthy theater. 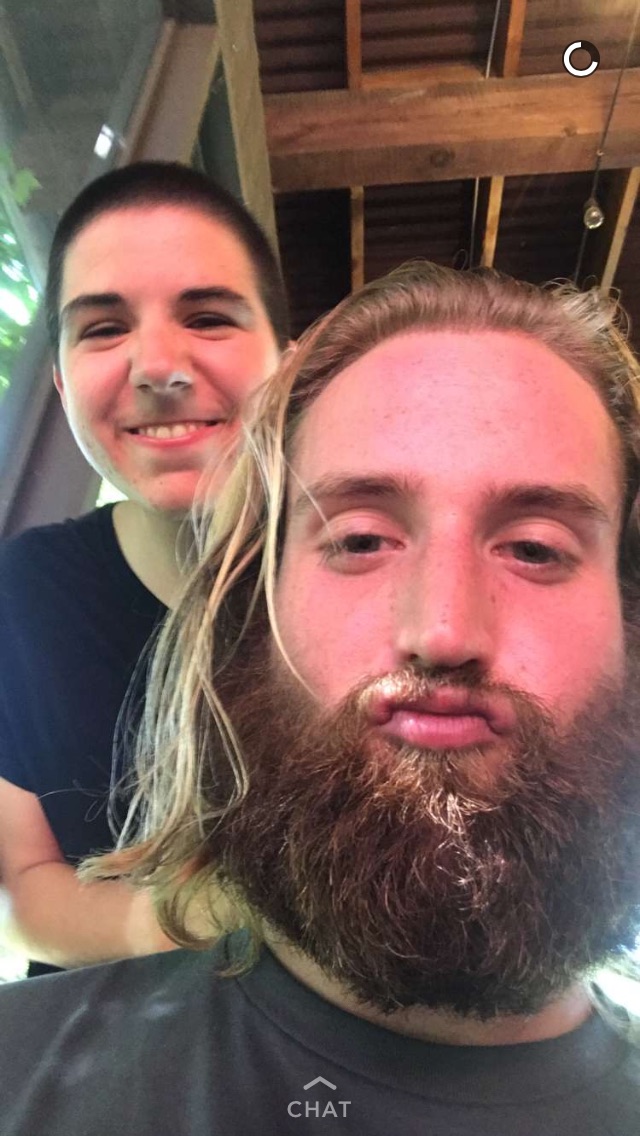 Pro is a constant reminder for me to not take life too seriously. But he is more than just a joker. Pro is also the most accepting and least judgmental person I’ve ever met. He has a way of making me feel like he has felt exactly what I am feeling and that I am not alone. 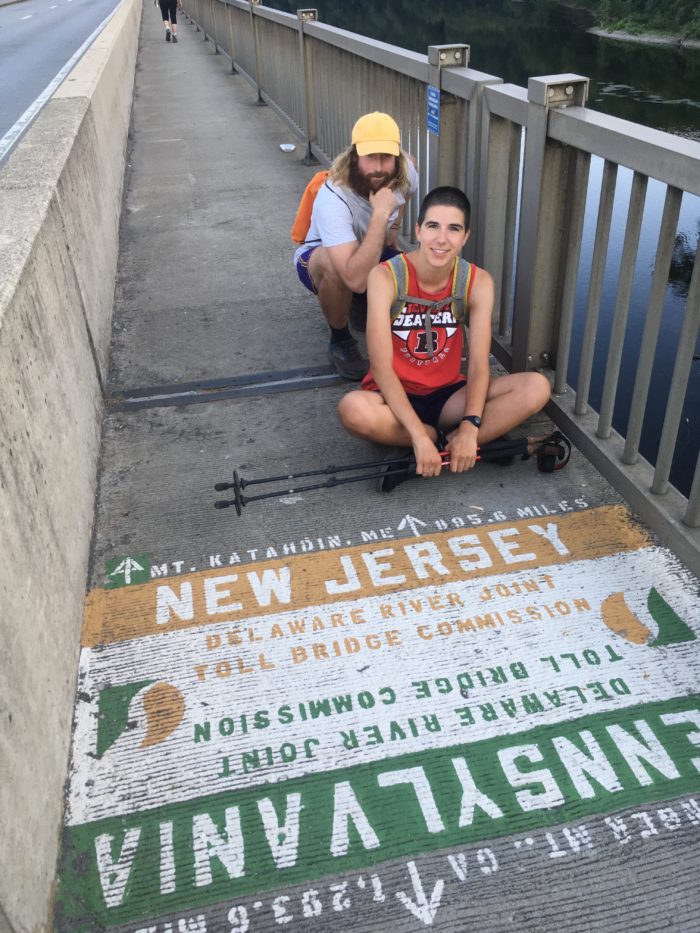 The lucky thing for me is that even though my hike is over my friendship with Milkeye and Pro never will be. I found love on the trail for sure. 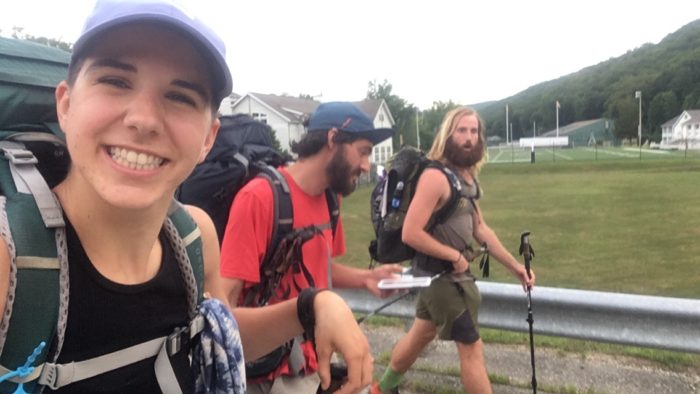 Hey, my name is Mackenzie but I will be going by Wilt on the trail. I am attempting (and God-willing completing) my NOBO AT thru-hike in 2018. I am thru-hiking the AT because I am thankful to be alive. My mantra for the trail is: accept the unexpected.