Days 4-8 we finished around mile 70, closing up our first week on the trail. We’re starting to find a rhythm and get used to spending time in our tents. Day 5 the temp dropped to the low forties, as low as 39° the next day with nasty cold rain. But thank god day 7 opened into some sunny weather as high as 70°, and it will hopefully stay that way for a few days.

Shortly after my last post we made it up a steep slope very fast—maybe too fast—and were feeling good. Kyle wanted to do a kamehameha wave (from the tv show Dragonball-Z) at the top but I said I’d do a Beowulf instead. I yelled “Beowulf” from the mountain top, something I’ve been doing since high school (inspired by the epic poem and the awflawesome film in which Beowulf bursts out of a surpent’s head and yells his own name). Afterward Kyle suggested my trail name be Beowulf, and I decided it felt right, so now: I! Am! Beowulf!

Since then I’ve been Beowulfing and Kyle’s been doing kamehameha waves from each peak we reach. His trail name is still in the works though.

Day 4 we summited Blood Mountain, not a big mountain but a symbolic  one for starting into a nobo thru-hike. The rain held off all morning and the sun silvered us through the mist. Red leaves on the ground and twisty arrow-leafed trees. On the way down we took a wrong turn over some steep slippery rocks, but found our way back.

Beyond that, however, Kyle’s knee started hurting. It’s been hurting since then, particularly on steep sections, so we’ve been taking it slow. Since we’re going slow now anyway it’s not much difference, but we’re both really hoping it gets better. 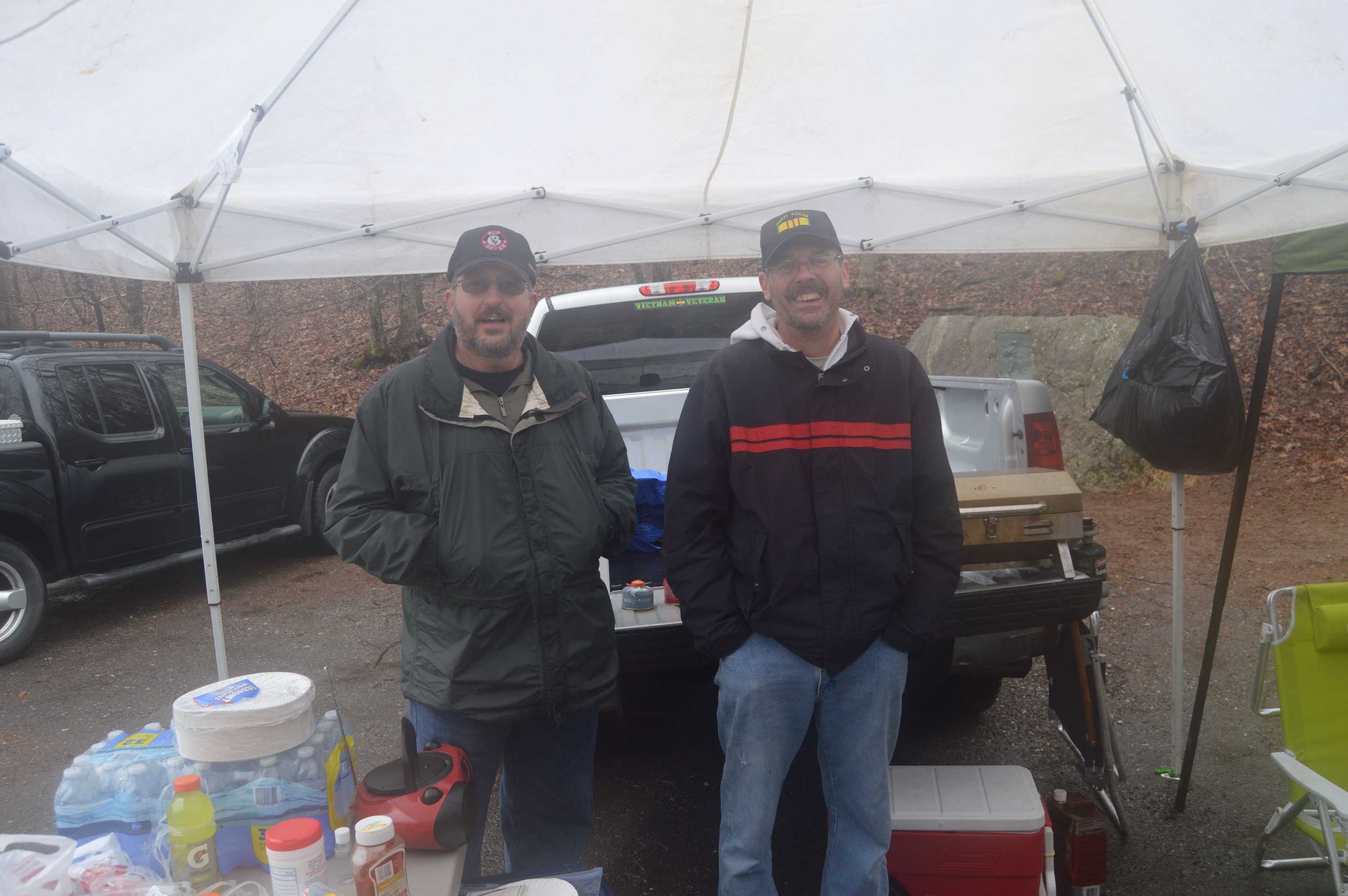 We encountered some more amazing trail magic at Unicoi Gap, where section hikers Dave and Bob gave us some hot dogs, warm drinks, a Dixie cup of apple moonshine, and two keystone lights to carry up the next mountain with us. Thank you!

Day 8 we stopped for resupply at Top of Georgia Hostel. At many hostels there are things called hiker boxes where people leave food and gear they don’t want to carry anymore. We pulled a few free meals out of the one here. Then we bought more food, each ate an entire Digiorno frozen pizza, and carried on into the actually-too-hot day.