Clay Bonnyman Evans’s new book about his Appalachian Trail hike—The Trail Is the Teacher: Living and Learning on the Appalachian Trail—is a delightful read, filled with trail icons, trail characters, and lessons for anyone considering an AT hike.

The Trail is the Teacher: Living and Learning on the Appalachian Trail

When Evans (trail name Pony) started hiking the AT in March 2016, he thought he might finish about 750 miles, one-third of the trail. If he liked the hike, he would knock off the rest of the trail in the coming years.

It didn’t take him long to change that plan. He fell in love with the trail and finished in Norwich, VT, in September 2016 after several breaks and a flip-flop from Vermont to Katahdin.

“My 2016 thru-hike of the Appalachian Trail was not a thing of beauty,” Evans writes. “It was, at best, a patchwork quilt.” He flipped around several times, knocking off sections and moving on.

“But it was my hike, and I love it as ferociously as a mama bear protecting her cubs.

Readers should not expect a how-to on hiking the trail. Evans doesn’t obsess over gear or describe how to budget money. But he is laser-focused on big miles and always moving ahead, spending as little time in town as possible. 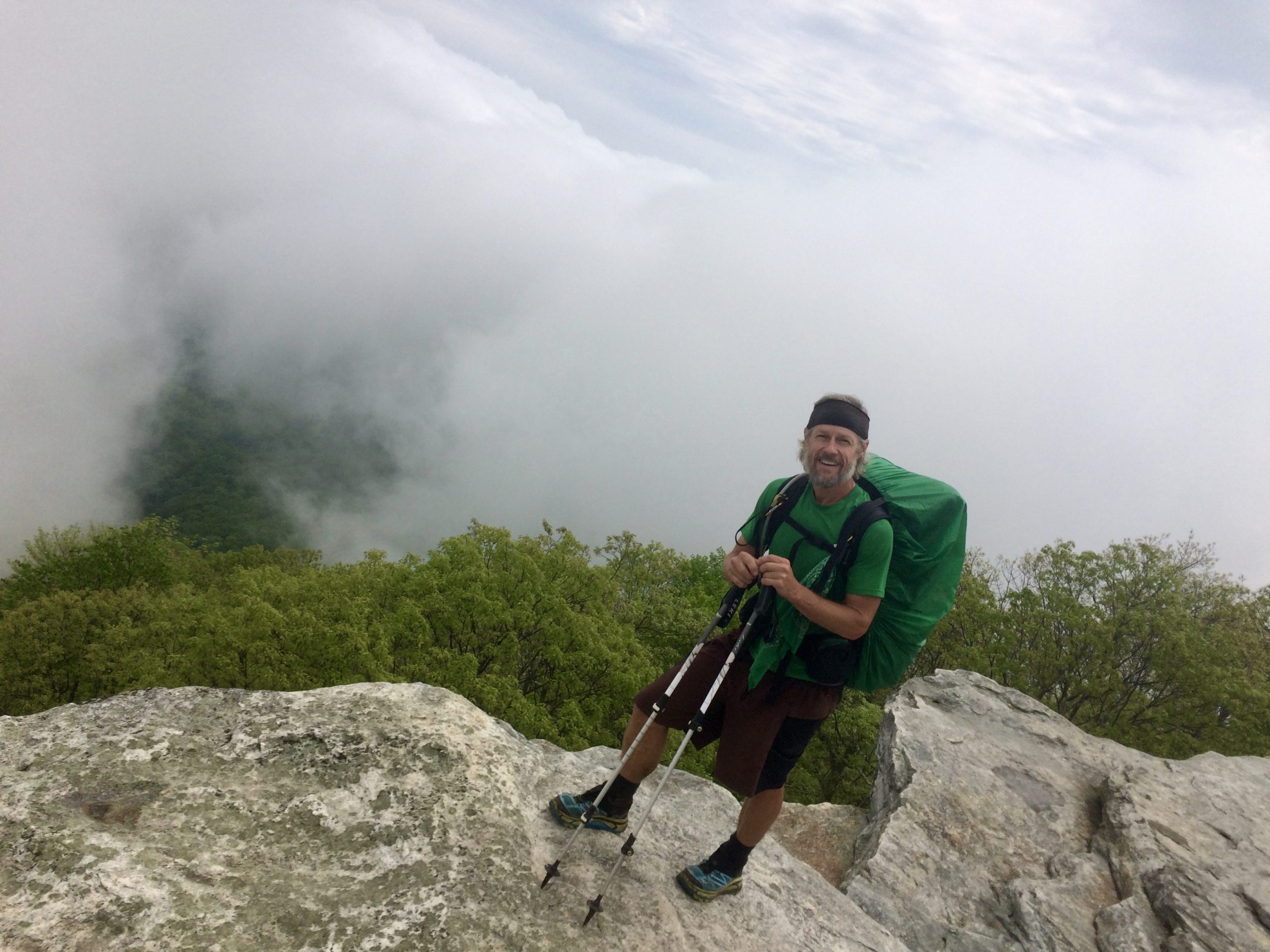 His book is more about the people he meets, from trail icon Baltimore Jack (who died the year of Evans’s hike) and trail angel extraordinaire Miss Janet to Two Pack, a hiker Evans introduces us to in the opening chapter.

Two Pack, he says, arrived in camp in Southern Virginia with a deer-in-the-headlights look and feet overwhelmed with blisters. Fellow hikers helped with her gear and blisters, but gave her only a slight chance of reaching Maine.

And in that tale is perhaps the book’s lasting lesson of the trail, delivered four months later when Evans ran into Two Pack in Maine’s 100 Mile Wilderness, the last big stretch before Katahdin and the AT’s Northern Terminus.

“Her once doubtful blue eyes now seemed steely, almost grim with the same thousand-yard stare I’d seen on the faces of so many northbounders (aka NOBOs) who were plunging through the wilderness like hounds on a scent,” writes Evans, at that time hiking SOBO.

“One step at a time … she had walked past all her doubters … to prove that she was tough and resourceful and resilient.

“Of course, she didn’t do it alone. Nobody does. Other hikers helped her out, and so did the trail itself, the best teacher in the world.”

Evans spent years working for newspapers (he and I worked for the same newspaper company on opposite coasts of the US before working together at The Trek), and this is his second book.

His first book, Bones of My Grandfather: Reclaiming a Lost Hero of World War II, is about the quest to find the remains of hundreds of Marines buried in unmarked graves after a World War II battle on the Pacific atoll of Tarawa. His grandfather’s remains were uncovered in 2015—along with those of other Marines—and Evans brought them home for burial in Tennessee. In the process, he pieced together a history of his grandfather. 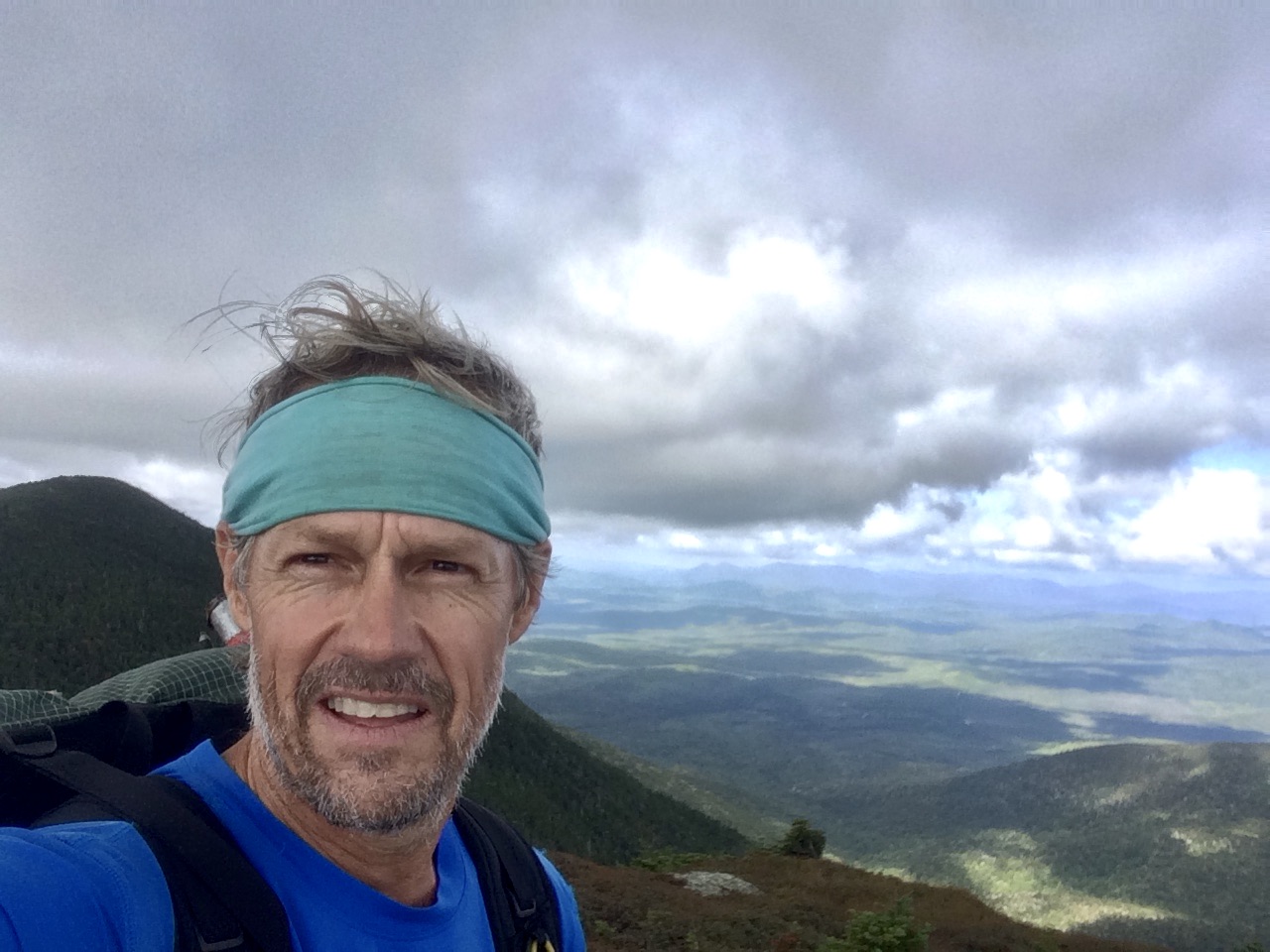 Evans is a good writer, and it shows in this book. It’s a pleasant and engaging read. (He’s also a good storyteller, and appropriately was dubbed Pony Tales on trail.)

The book is laced with references to The Hobbit and The Lord of the Rings, clearly beloved by Evans.

And if I may take the liberty, I’ll suggest an alternate title for the book, based on Peter Jackson’s movie adaptation of The Hobbit—The Appalachian Trail: An Unexpected Journey.

Because truly this is a story about Evans’s unexpected adventure that will stay with him for the rest of his life. And it’s a pleasure that he shares it with us.

All photos, including featured image, via Clay Bonnyman Evans.