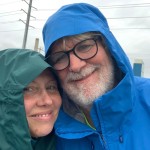 We are taking a much-deserved rest day in Hot Springs,  N.C.  For those who have not been to Hot Springs, it is a town of some 520 people where the Appalachian Trail cuts through the middle of the town.  The trail to here was sometimes challenging, however we persevered and have conquered what some say is one of the most difficult, yet beautiful parts of the trail.

When we last posted we were in Gatlinburg, TN, where we were taking a day off after being run off Clingmans Dome by bad weather.   Due to some road closures which prevented us from going back to Clingmans, we decided to jump ahead about 40 miles north and walk south to cover those miles.  The fact that we would end up climbing Clingmans Dome, the third highest mountain east of the Mississippi. somehow escaped detection.  After being dropped off by Stripper’s husband Don at Davenport Gap, we hiked to Cosby Knob shelter.  There must have been a convention of hikers in town as the shelter, all the tent spots, and just about every nook and cranny of the surrounding area was jammed with tents.  We settled on a site that we knew was not going to afford a great night’s sleep, but up went the tent and into the tent went two weary hikers. 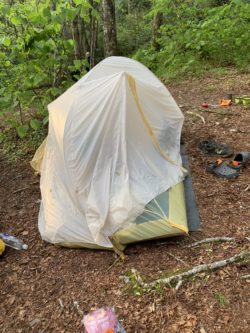 We arose the next day, had coffee and breakfast and started up the trail.  We ran into “The Ds,” who were, unfortunately, getting off trail for a few days due to the passing of Devon’s, the male half of the D’s, grandmother passing away.  The D’s are two of our favorite thru-hikers.  An interesting phenomenon happens on trail.  People sometimes come into your hike, you strike up some form of trailship with them and you will either continue to run into them from time to time, or they may just be gone.  The D’s, White Socks, Sam, Love Bug, and Turbo seem to just always be around.  We may lose sight of them for a few days, but then bam, there they are either at a shelter or at a resupply town.  We hope this trend continues.

A few more days of hiking led us to the Icewater Spring shelter where we were greeted by what can only be described as a stand-up comedy act waiting for a place to happen.  Laughter prevails on the trail, however nowhere so far has this been more evident than at this shelter.  The PUBEs (Professional Union of Backpacker Enthusiasts) had us absolutely in stitches.  The only thing missing from their routine was a mic and klieg lights. We were regaled by backpacking stories accumulated over these six men’s decades-long friendship.  Unfortunately, we were headed south while they were headed north, so for us, it was a one-night act.  However, those lucky northbounders were promised fresh material when they met up again.

Icewater Springs is about 1.3 miles from an iconic AT landmark, Charles Bunion. 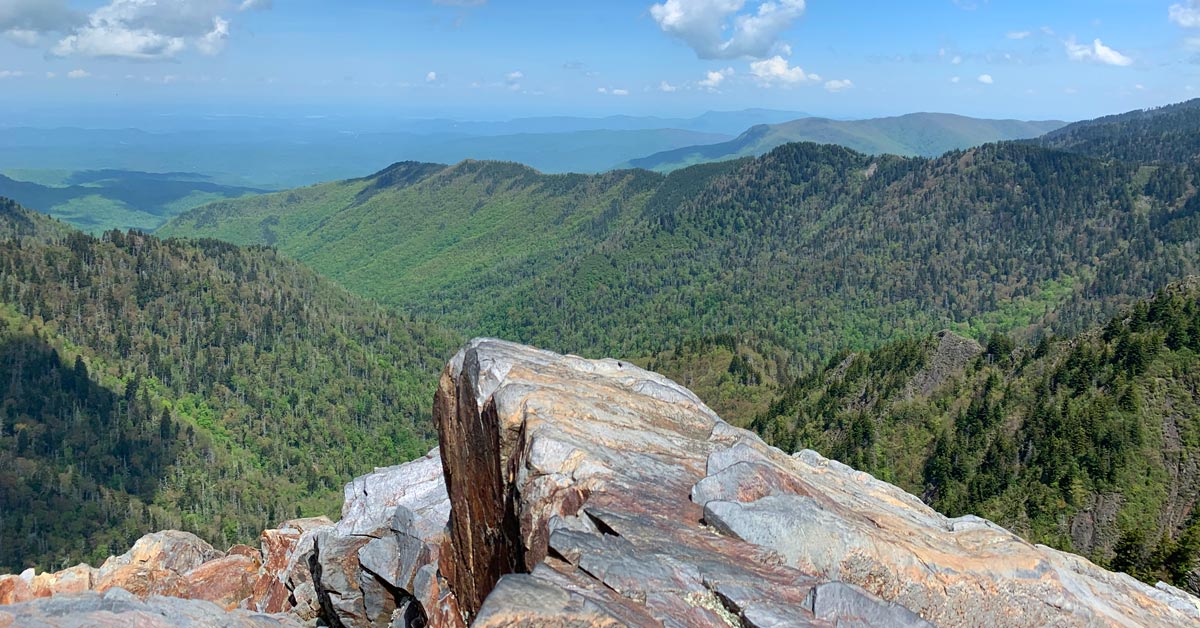 So far doing the AT has been a lot about logistics.  Figuring out when we would like to be somewhere vs when the trail wants us to be there.  Our return to Clingmans Dome was an example of this. We decided to break the 11-mile hike to Clingmans into two days.  This would allow us to have a nero (low mileage day) along with a zero(no mileage day) in Gatlinburg.  We have adopted this practice as it usually allows us to get all of our trail-related chores done while also allowing us to be off the trail both mentally and physically for a day.  We walked the first seven miles to Mt. Collins Shelter which set us up for a four-mile walk to Clingmans the next day.

As we were making way to Mt. Collins, Santa overheard a young couple talking about being surprised.  In true Santa form, Santa asked what was so surprising.  Ends up Aubrey was surprised by a morning marriage proposal from her boyfriend Brady.  Congratulations Aubrey and Brady! 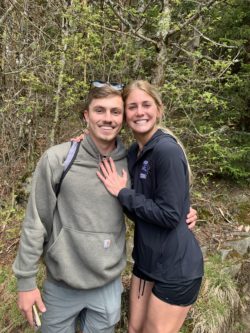 The Southern Appalachian spruce-fir forest which covers Clingmans Dome occurs only at the highest elevations in the southeastern United States.  It can best be described as a fairyland. 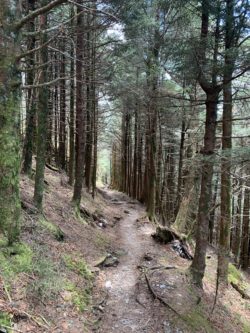 Unfortunately, the fairyland is under attack by a microscopic insect that is decimating the forest.  The forest has been ravaged.  To understand how majestic these trees are/were here is a picture of Patmos standing next to an uprooted tree. 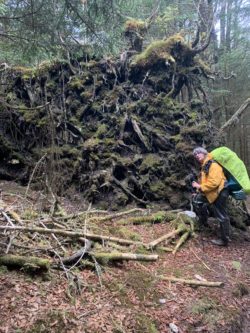 After securing a ride into town, we arrive back where we had started four physically demanding days previous.  After taking a nero/zero we catch a ride to Davenport Gap to start North Again.

For us, Davenport Gap marks the northern end of the Smoky Mountains. The Smoky Mountain are b e a u t i f u l!!! While being physically demanding, the views offered by the effort are so very worth it. Easily said when done, not so much when climbing the mountain. For us getting through the Smokys is a milestone passed. 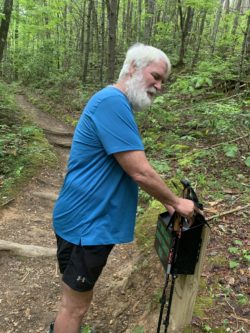 While in the Smoky Mountains, thru-hikers are required to sleep either in or as close to a shelter as possible. This requirement negates our ability to just be done for the day, pick a flat spot, set up camp and just relax. Being out of the Smoky Mountains we can now camp where we please.  We took advantage of this freedom our first night back on trail. We found a nice flat area, set up camp, ate, and enjoyed a fire built by our trail friend Patmos.  The next day found us up and out of camp and on our way to another iconic AT site, Max Patch.  Another out of this world view was had at 4,700 feet above sea level. 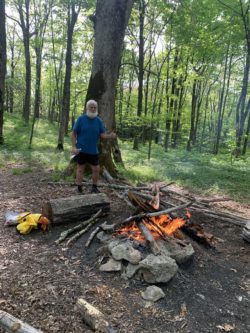 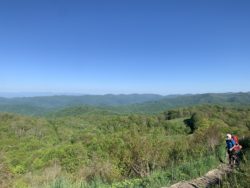 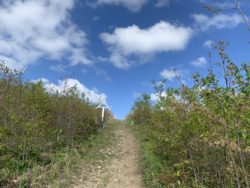 Of course whatever goes up, must come down so down we got to spend the next two days going up and down over various PUDs (pointless ups and downs) to finally arrive in the trail town of Hot Springs North Carolina. 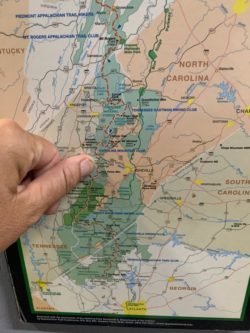 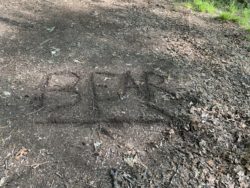 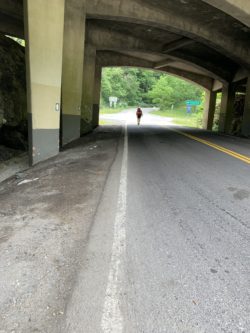 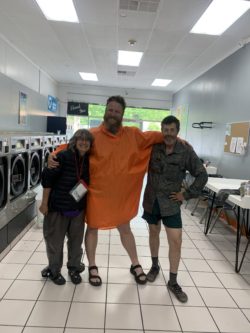 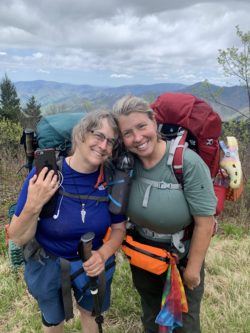 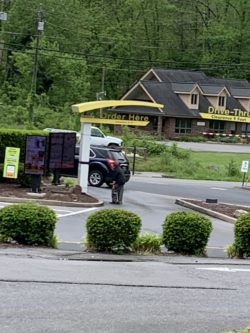 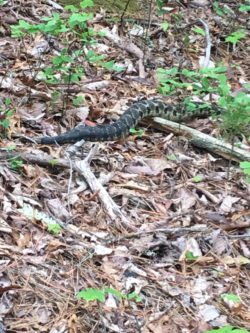 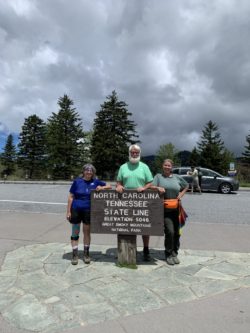 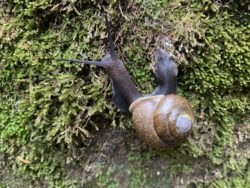 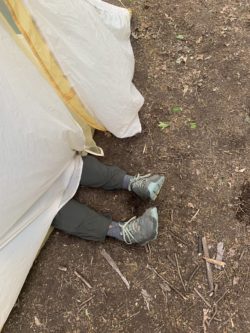 Hi, Y'all! Our names are Pat and Paula, and we plan to hike the Appalachian Trail. We live in a small town in Florida. Not exactly fertile training ground for what has been described by some as a long, cold, rainy, mountainous six-month walk in the woods. That’s okay though because what we lack in experience, we make up for in enthusiasm and tenacity. Like the movie A Walk in the Woods, we are novices at this hiking/camping thing. Our hike may turn out to be more of a Road Runner/Wiley B Coyote cartoon than any hiking how-to or inspirational blog. Regardless, we look forward to sharing the many highs and lows of this adventure with you. Thank you for reading our blog. Until then, happy trails.