Our third week on the AT! Yay for us. Since the last post, Earl and I have hiked 58.1 miles taking us to our current distance of 165.9. Feel free to check the math. I’m not too picky about these things these days. I do know the total is accurate. 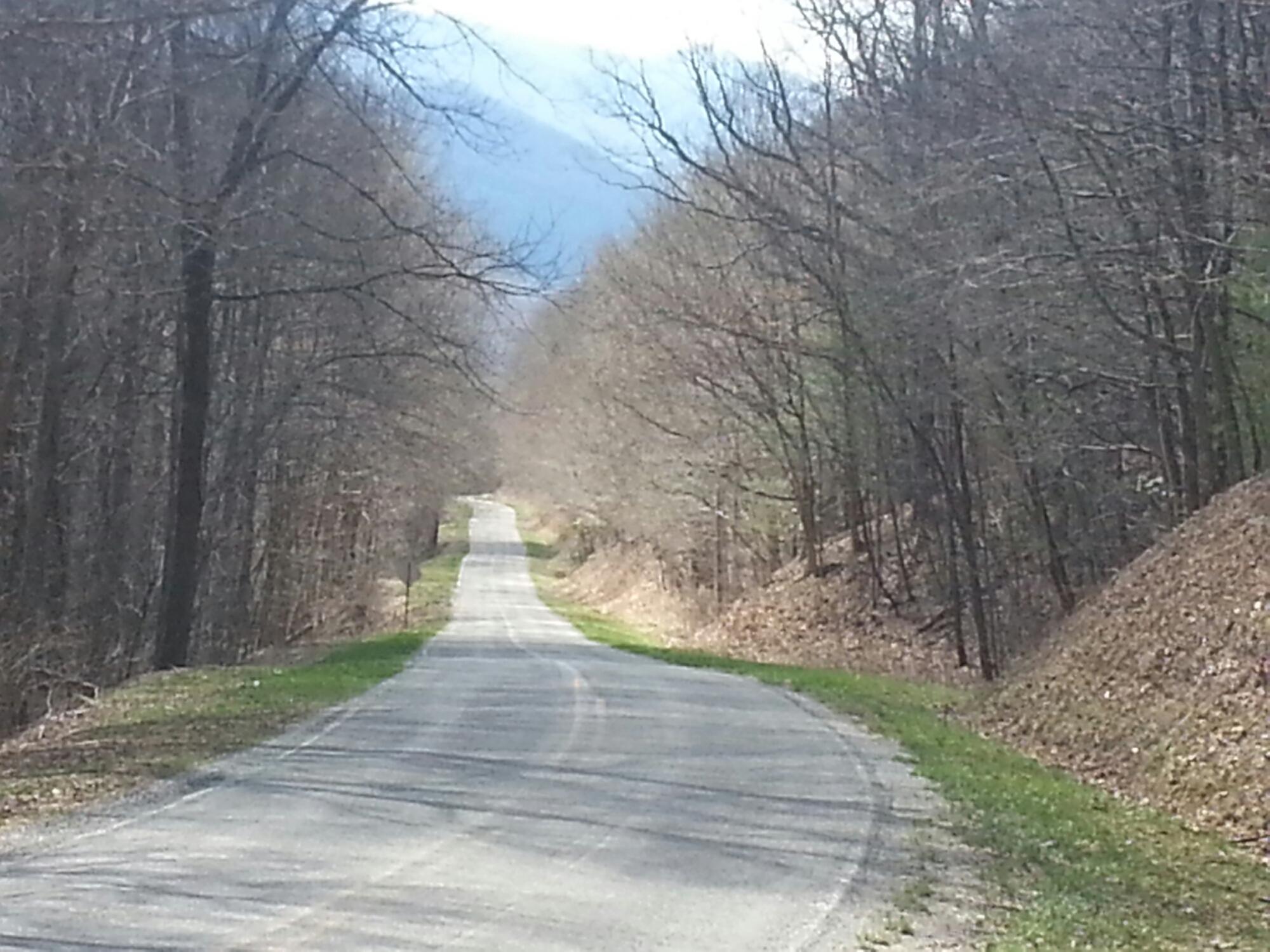 Here are some highlights!

* Upon reaching the summit of Wayah Bald, Earl, Kiwi, Puma, and I met a group of men finishing a five-day backpacking trip. They were happy, friendly, and ready to lighten their loads for the final half mile to their cars in the parking lot. We were happy to assist them in their goal. We started off with some 27-year old Scotch. Turns out I really like Scotch when it is 27 years old! And I really like it when it is consumed before 11am after a brief climb. We also were the recipients of three-year-old cheese and a complete coffee-on-trail (how did my phone know I wanted to say coffee-on-trail??) set. Real coffee!! Heavy and it only stayed with us a couple days, but it was worth it. Thanks, gents! I think it is no coincidence that we hiked 13.4 miles that day. 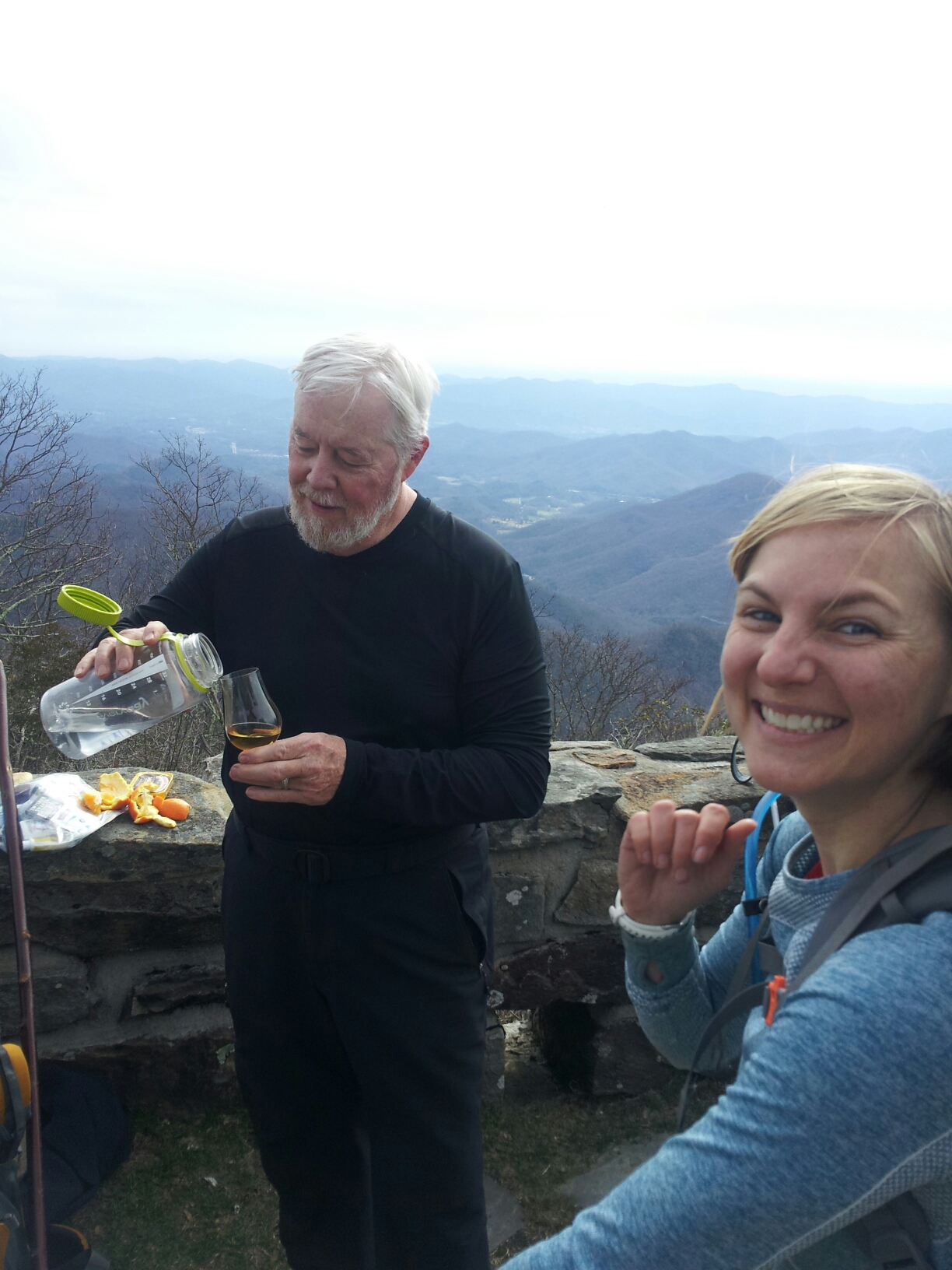 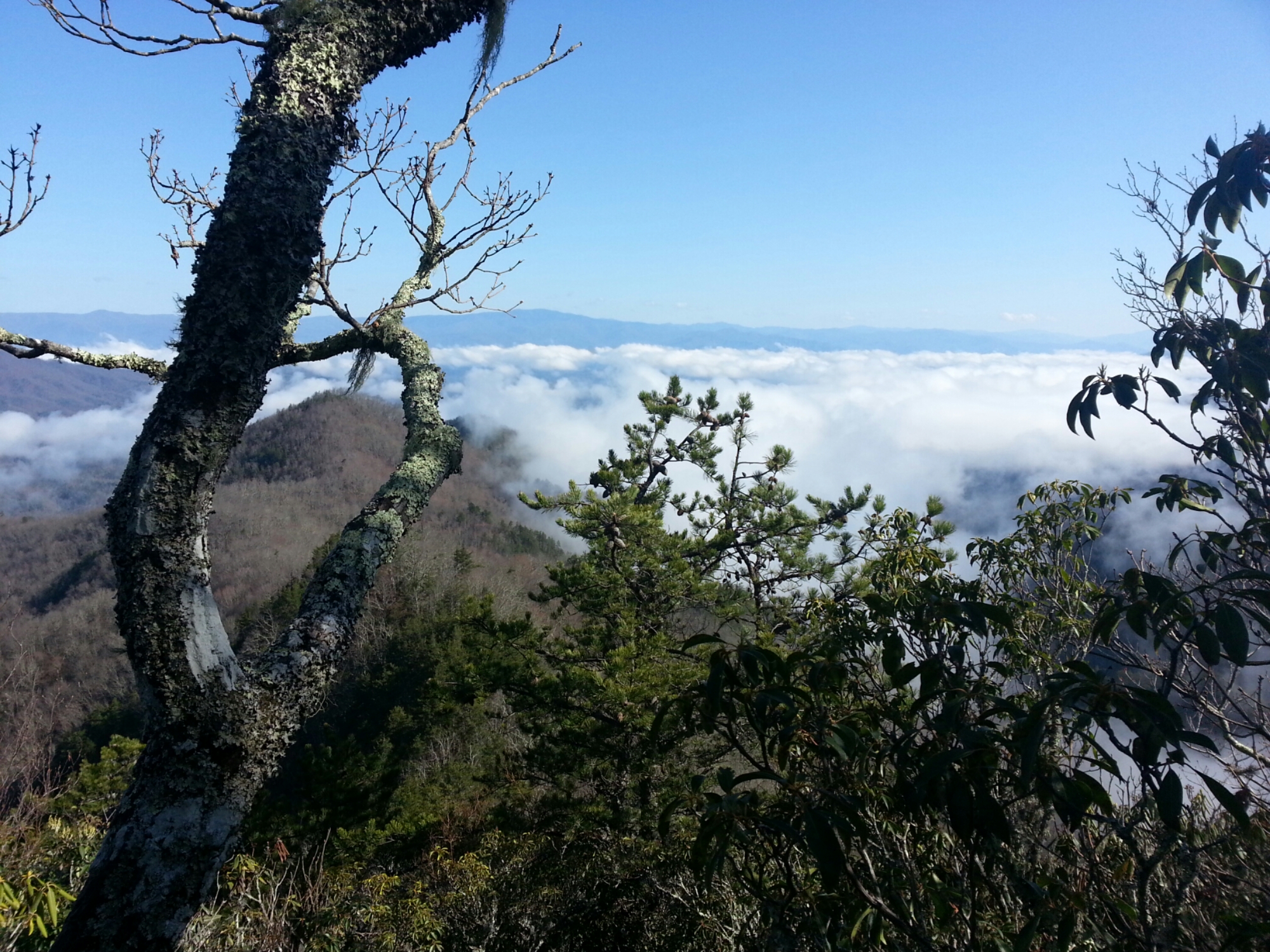 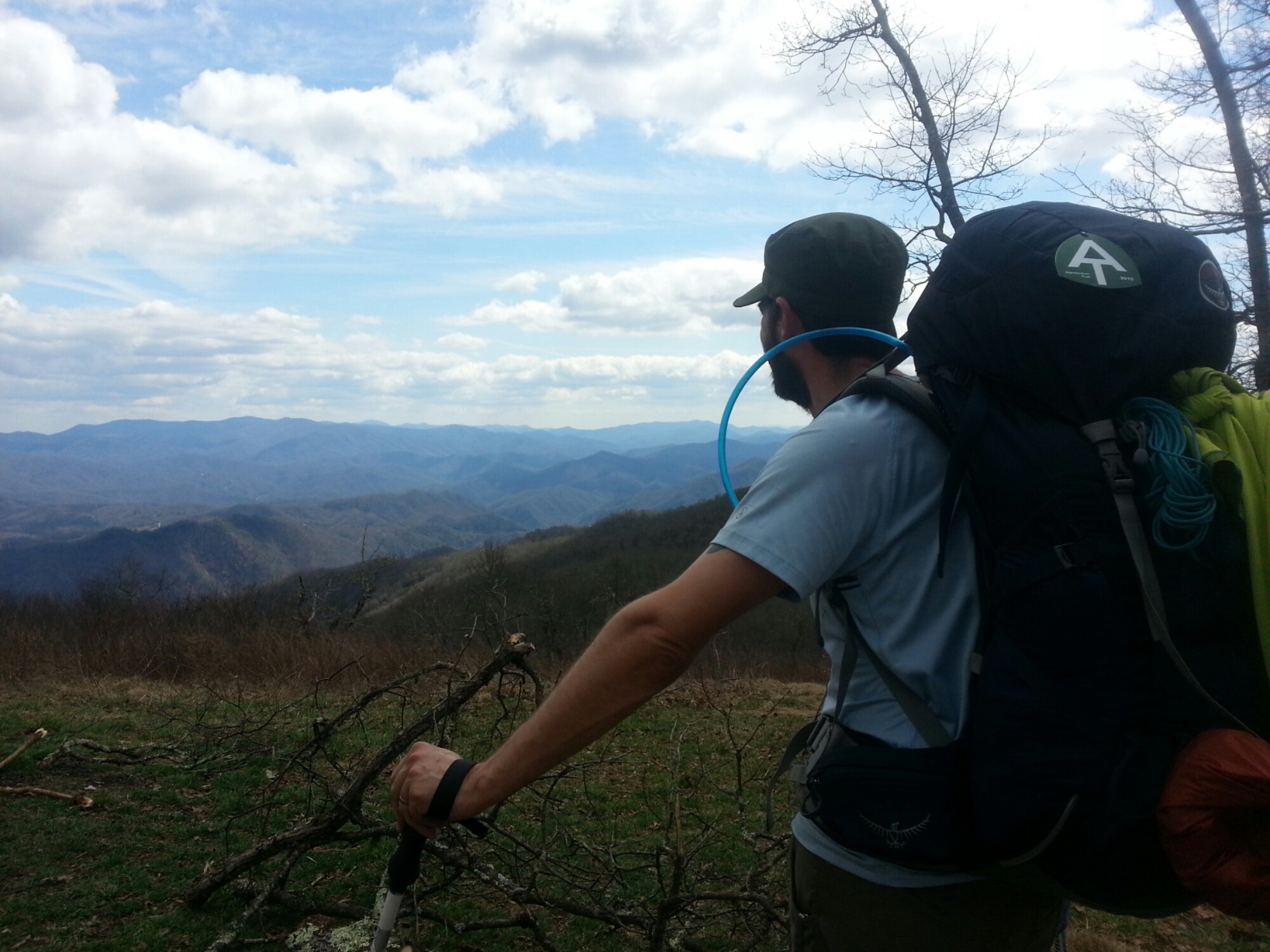 * Jacob’s Ladder. The map doesn’t look so challenging. The name sounds like a children’s toy. Few words to describe this stretch. That’s because I couldn’t talk and was just concentrating on placing each foot in front of the other without sliding down the mountain on a tsunami of dried leaves. 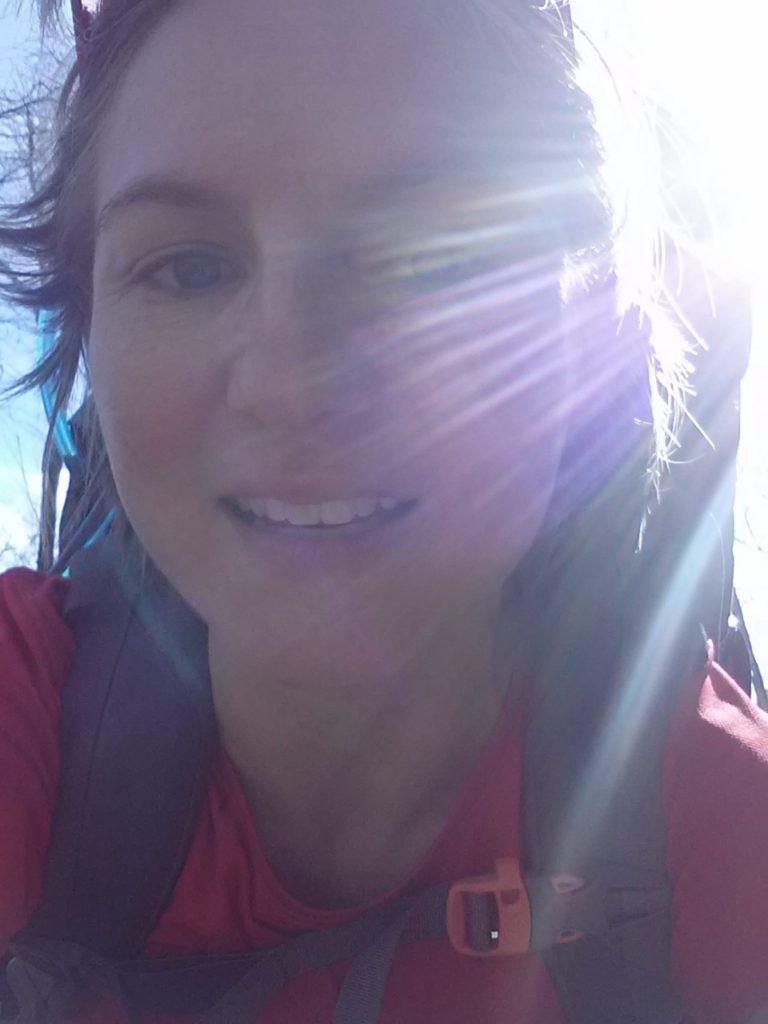 * On the early ascent of Jacob’s Ladder finding a pristine, packaged Little Debbie’s Oatmeal Pie tucked into a tree just for some thru-hikers as ourselves. It provided a much appreciated sugar rush. 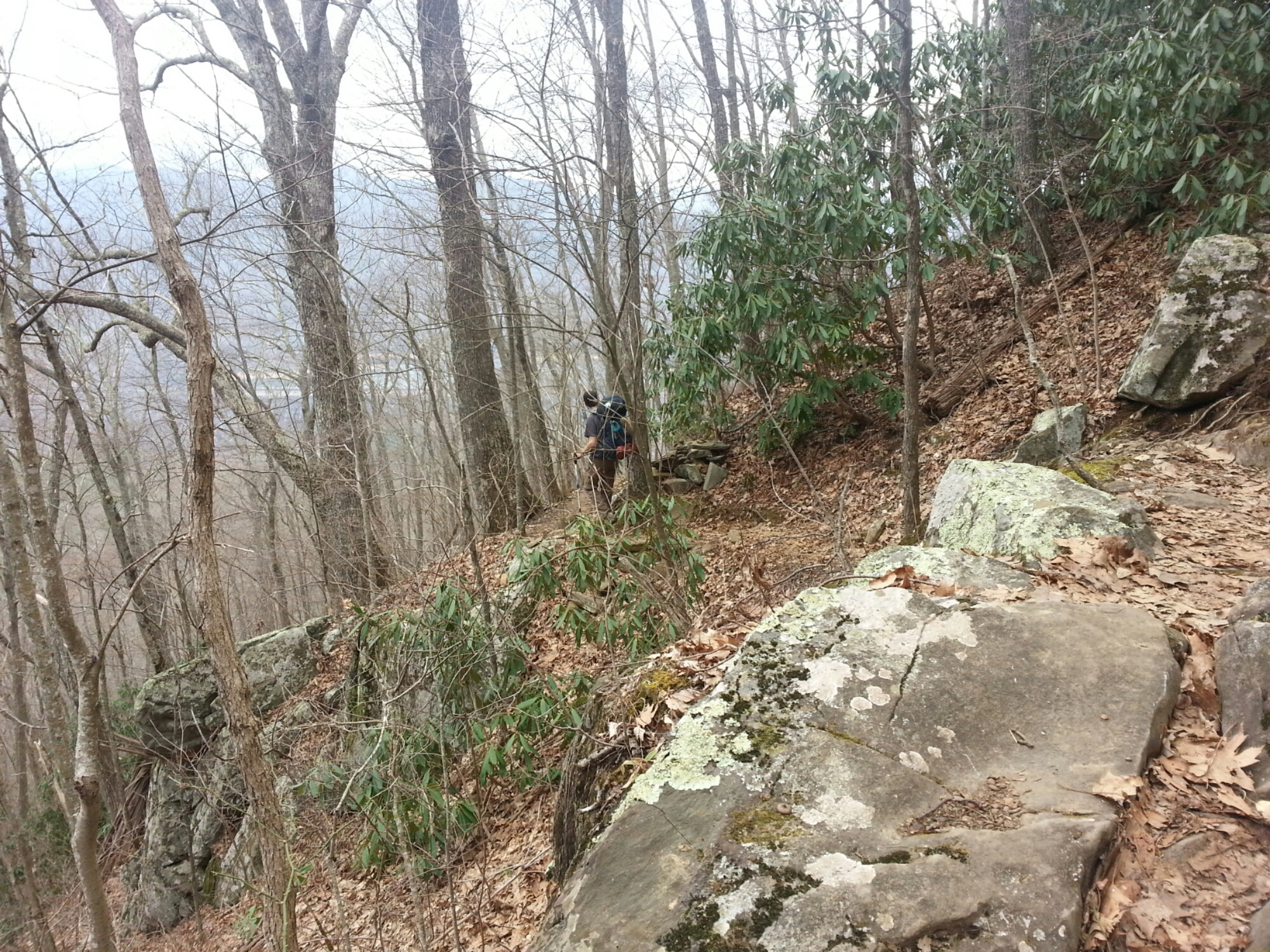 * Steve Claxton (info on contacting him for shuttle service and general outfitting below!) hiked over a mile with two pizzas, beers, and sodas to a shelter to give to hungry and appreciative hikers. What a champ! Earl and I were the last to dig in but everyone was so kind that they saved us two slices and a beer. The beer was frozen solid, so we had to wait until the next morning which brings me to the next highlight… 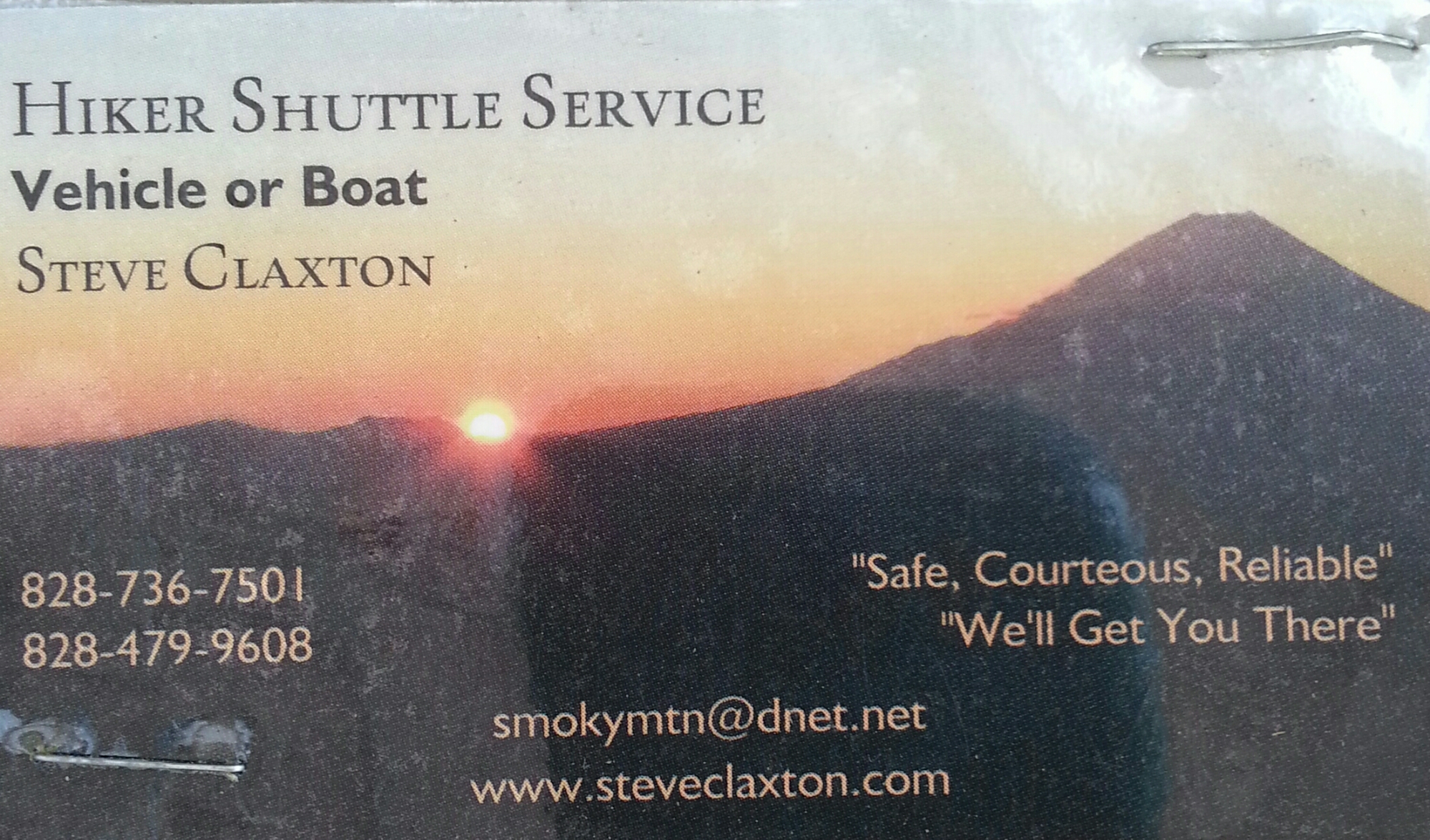 * Beer for breakfast! It was flat and rather devoid of flavor, but it was great. In fact, it made us a little homesick for Austin and SXSW. (If you’ve ever attended SXSW day parties, you are well acquainted with the free and rather flat beer offered. The best.)

* Public pack shakedowns! It’s a somewhat vulnerable position to be in when someone goes through your pack and questions each and every item you’re carrying. Even more so when this occurs in front of your peers. Finn is the master. All around badass, this guy will shake you down. I took many suggestions (goodbye, tiny thermometer!) and refused others (I’m not getting rid of my dumb mug until it is unusable!). I’ll be mailing a couple things home, too. (Lorri — prepare yourself for a “What’s In My Pack” post relatively soon!) My pack needed a little tweaking but was pretty all right overall. The king shakedown of the Shakedown Show was between Finn and Second Star. Finn was the caring yet stern leader and Second Star the reluctant yet tenacious student. Three hand sanitizers. A full-size tube of toothpaste. Four lighters. A pound of wet wipes. To a thru-hiker, these items are the equivalent of packing three lunches for a trip to a restaurant. It was amazing! Second Star was able to reduce her pack weight by at least 5 pounds and maybe more. Through this brutal shakedown, both Finn and Second Star made huge progress and both received applause from the group. Directly following the dramatic conclusion, Finn walked off. Immediately, Second Star went to her discard pile and grabbed a few coveted items she wasn’t quite ready to part with — full-size deodorant and an extra lighter for example — when Finn started coming back, Second Star hustled to stuff the now-contraband items back into her pack and yelled, “He’s coming!!” She had the determined look of a kid hiding Starbursts to binge on before dinner. The glory of this scenario transcends words. 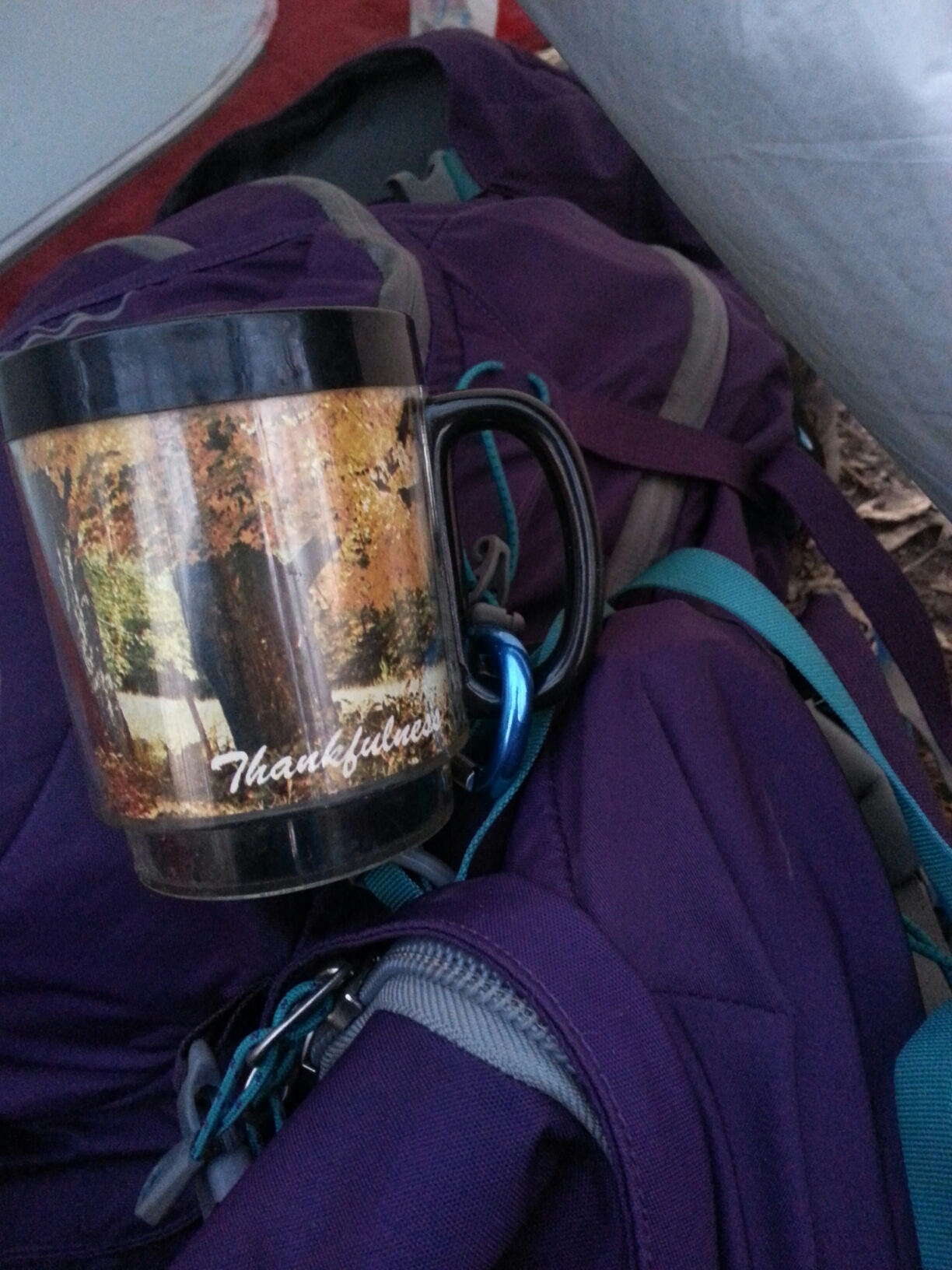 * The Fontana “Hilton” Shelter. There is an actual bathroom with an actual shower! This was Earl and my first experience staying in a shelter. All started out really well. We had received trail magic of four beers from Blue Jay (2014 Thru-Hiker), took a hot and magnificent shower, and met our new dear friend Second Star. The day continued in a calm, relaxed fashion as more hikers arrived and settled in. Lots of eating, story swapping, pack shakedowns, and conjecture about the weather. By 9pm, nearly everyone was tucked in. A few stayed up, but the general energy was waning. Disclaimer: this highlight is not necessarily positive.

One individual remained awake and became agitated. He was convinced that someone in the shelter had stolen something that belonged to him. Through his agitation and frustration he became louder and more irate. He yelled at everyone and accused us of stealing. We all ignored him and pretended to sleep. He escalated. Over the course of approximately three hours we were threatened with having our fingers broken, banging on the shelter itself, and a knife being thrown. I have had the fortunate situation of growing up in a loving, safe environment. I have slept in fear of medical results, in anxiety, in fear of wild animals, in fear of dangerous weather, but I have never before attempted to sleep in actual fear of being physically harmed by another human. I don’t recommend it. Eventually, another hiker directed the belligerent party toward the item he misplaced and he went on his way.

So. That was my first shelter experience. I was informed the next morning that that was atypical. I surely hope so, because shelters are required in the Smokies. If you’re worried, please don’t. The shelter is essentially a room of very skilled and resourceful people all armed with knives and bear mace. This was a lesson of knowing when to ignore and when to react.

At the SAME TIME through this episode there was… the snoring. I did not know that a human being could produce such booming volume without waking up. This was a phenomenal expression of noise. I had earplugs in (that were taken out surreptitiously every time the aggressor returned) and they made no difference whatsoever. I don’t know how he didn’t wake himself up. Then someone else joined him in snoring. It was like the call and response of two sea beasts exploring their most expressive mating calls. Remarkable. Then the more offending snorer again changed his approach. He sounded like a whiny three-year-old pleading for more candy. Abruptly, the snoring stopped. I was truly worried he had died. Then it started back again. The whole night I would spring back and forth between disdain and ultimate concern.

Eventually, I did sleep for a few hours. I survived my first shelter night with all of my fingers and didn’t even use my knife in self-defense once. 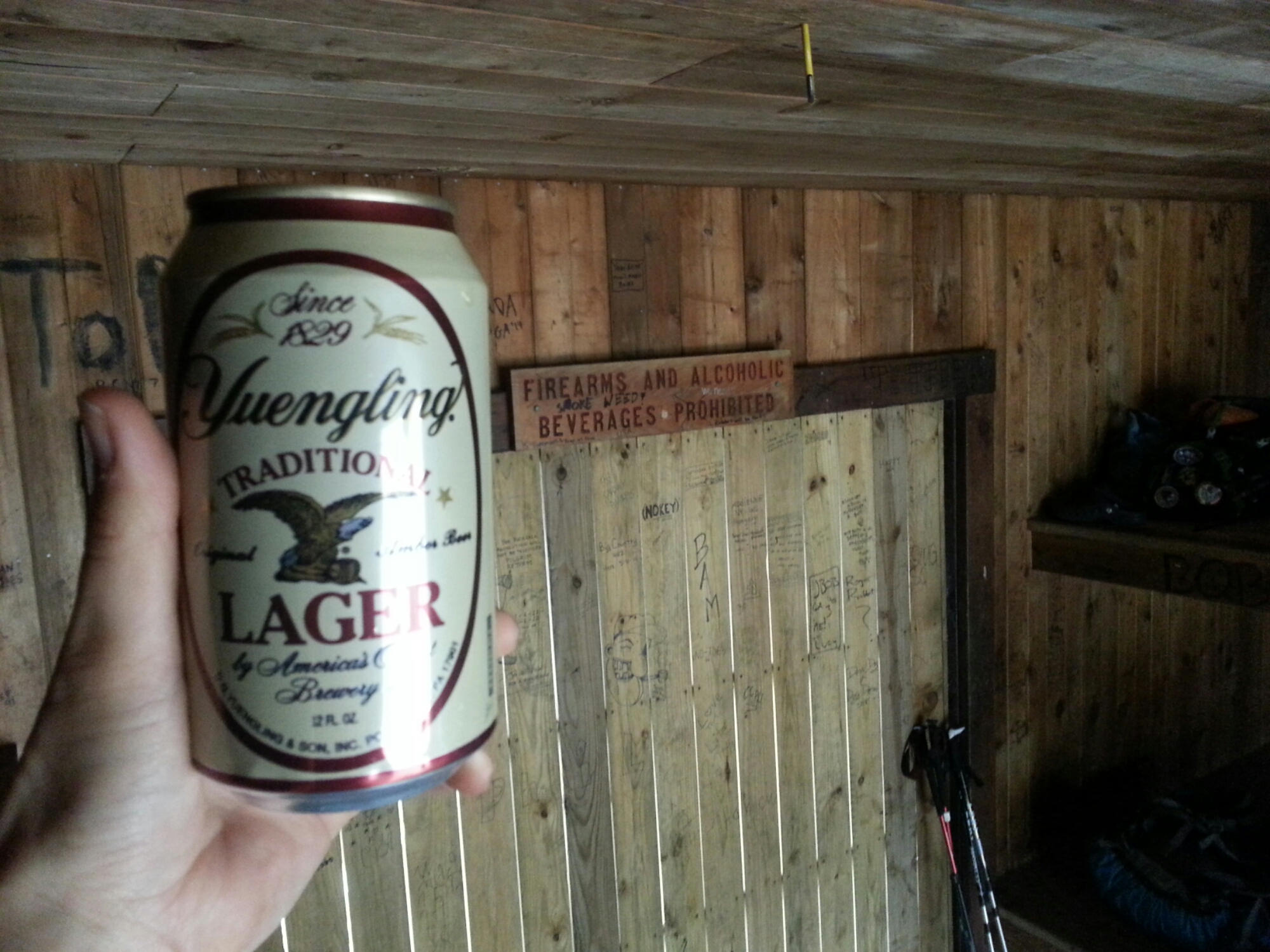 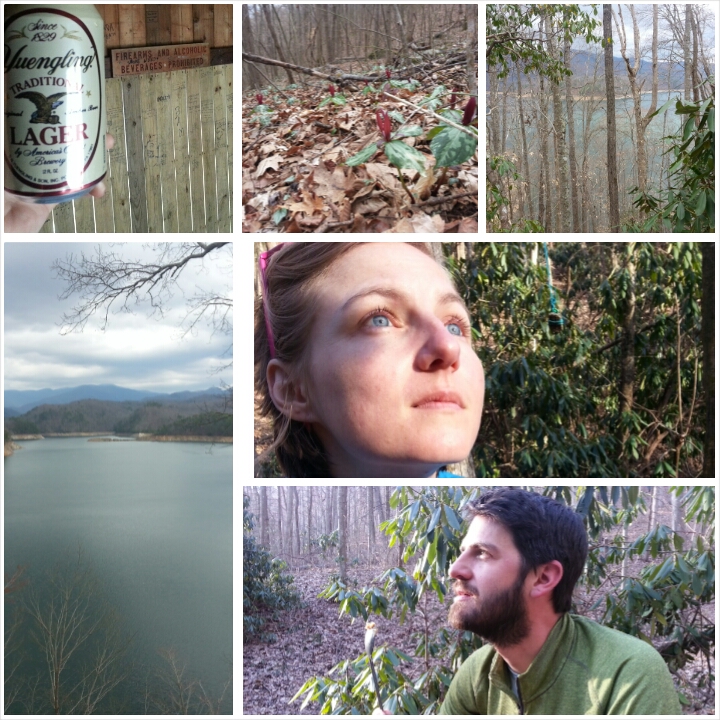