7/6 Monday — Day 121
* We said our goodbyes and thank yous to Red Panda and her family as well as others not going back to the same place on the trail.
* Climbed another Bear Mountain.  This one is the highest point in CT. Atop the mountain is a stone structure built in the 1800’s to offer a higher perspective. There was a man there who has hiked the mountain something like 68 times in the last 73 weeks. He’s seen the mountain and vista in all different weather and seasons. When I asked which conditions he liked best, he said early spring when icicles are starting to melt and prisms of light reflect everywhere.
* Sages Ravine went on for ages and was so beautiful. Cascading waterfalls, moss-covered rocks, and rushing water.
* While hiking through Sages Ravine, we passed another thru-hiker shivering, wet, and in his underwear. He had attempted to take a picture of some of the falls and dropped his phone into the depths of a swimming hole. To rescue his pictures,  he dove into the icy water to no avail. The water appears black and there’s no way to see anything. Magnus and I looked — though weren’t willing to take a swim and risk hypothermia — but were of no help. We made sure the other hiker had dry clothes and stopped shivering, then left him to rant and curse for awhile. Future hikers: Back up your pics.
*  Massachusetts!!! GA, NC, TN, VA, WV, MD, PA, NJ, NY, CT, and now in MA. 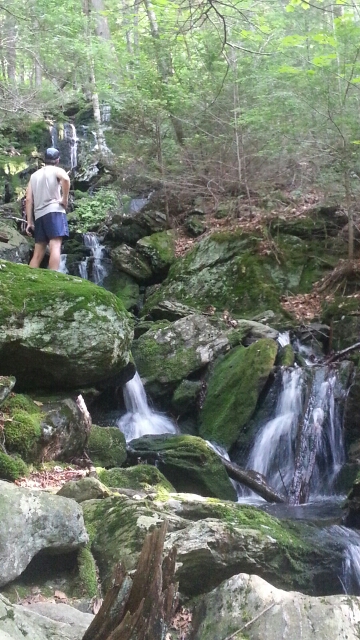 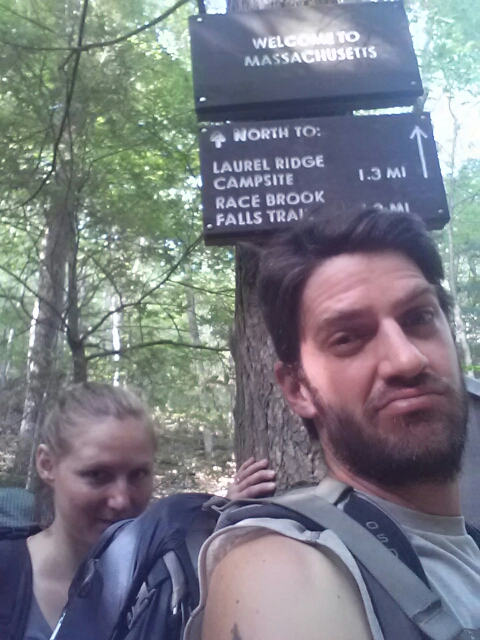 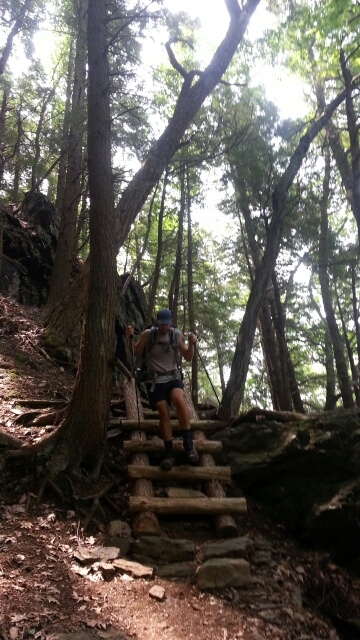 It rained hard and fast then let up immediately so that we were hit with intense humidity and heat. As we approached a road, we saw Jeopardy, Rockboat, and Poboy. They clearly had been up to mischief.

The day before they were crossing the very same road and thought they saw a sign for a car rental company. They were wrong, but the seed had been planted. As luck would have it, there was a car rental company nearby with a Dodge Neon ready to go. The boys rented the car and went to… Six Flags. Cleverly, they hit the water park first for a “bath” before fully immersing themselves in the park. Brilliant!

Magnus and I were inspired by their spontaneity. We realized that it had been over 100 miles since our previous paid sleeping accommodations. (We employ a rough guideline of allowing ourselves a night in town every hundred miles to help us keep expenses low.) Though not even a fraction as exciting as an unexpected Six Flags excursion, we called up a woman who is listed in AWOL’s guidebook as a hostel of sorts. The proprietor said she’d pick us up in ten minutes.

We were whisked away in a hatchback to the pleasant town of Sheffield, MA and the lovely home of Jess Treat.

Within a few hours we were showered and full. Marketplace Cafe just down the street had great sandwiches and local beers. We then retreated to our attic space to watch Indiana Jones and the Last Crusade — one of many VHS tapes available. 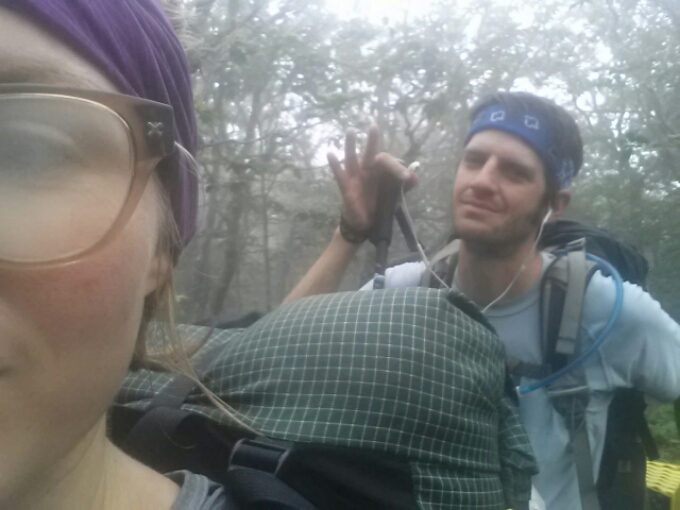 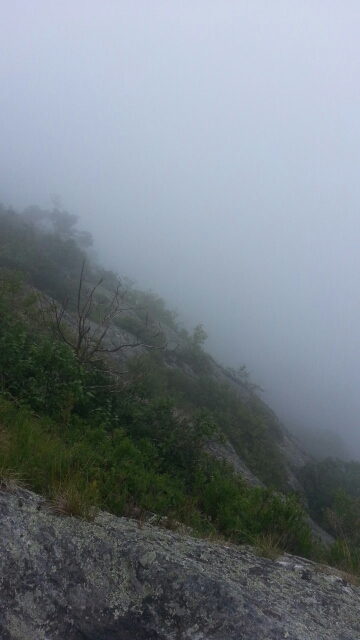 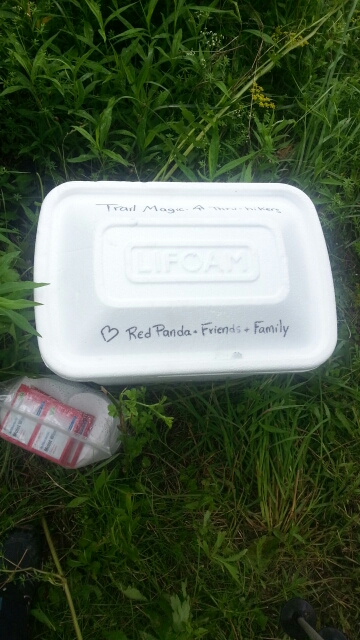 7/8 Wednesday — Day 123
Stay at Jess’s! Our bed was perhaps the most comfortable bed I’ve slept on since the start of this trip. (Attic, bed on left.) Jess made a wonderful breakfast for Magnus, me, and another section hiker, Lisa. Farm eggs with chives from her garden, granola with yogurt, toast, bagels, and coffee. We were sad to go, but the trail awaits. Jess took us back and we were on our way.

The day was humid and hot. Immediately, we were surrounded by mosquitoes. The mosquitoes are huge and aggressive. At least they are slow.

We hiked over and through swampy terrain swatting away insects. The bug nets were very helpful.

About five miles in we stopped at a shelter for lunch. We ran into some other thru-hikers who told us something that still blows my mind. Apparently, there is a section hiker who has accused us of stealing. WHAT. First, we don’t steal. Secondly, physical items have mass and weight and no thru-hiker wants more physical items than absolutely necessary. Thirdly, no one wants your dumb solar-powered cell phone charger that doesn’t work anyway because we’re in the woods, dummy. Stop spreading dangerous and hurtful rumors. 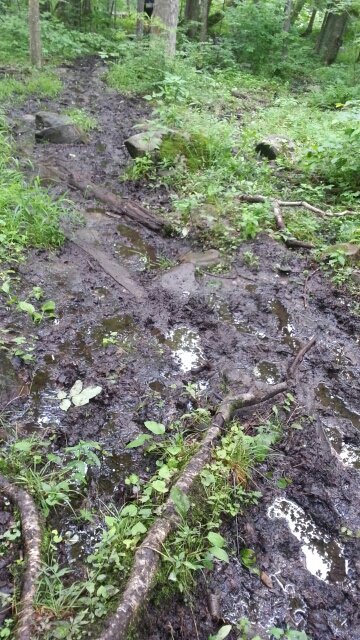 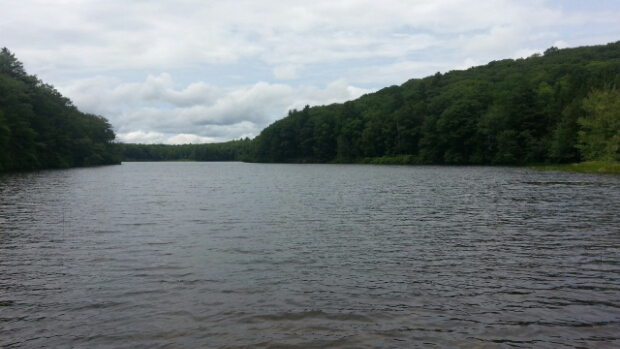 7/9 Thursday — Day 124
Hiking passed so quickly and it seemed like we were instantly at Upper Goose Pond Cabin. It is half a mile off-trail but absolutely worth it. We were so excited for a swim in this large, lovely lake… but it was chilly and overcast instead so it turned into careless half-bath time instead. The cabin itself is a clean, large, two-story cabin with bunks on the second floor. Nearly a full house and a caretaker who made coffee for us. Spending a cool summer afternoon on a lake on the porch of a cabin in Massachusetts while sipping on coffee truly is splendid. 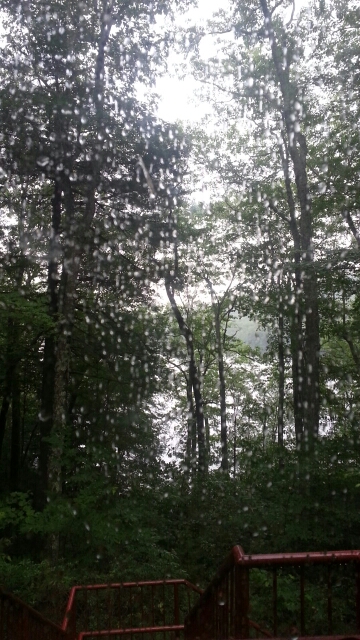 7/10 Friday — Day 125
All night long it rained. It was so good to be in a cabin. Everything has a drawback, though. One of the hikers had night terrors and shrieked like nervous ghost for hours. Not a particularly restful night, but at least we were dry.

The cabin’s caretaker made everyone pancakes in the morning. Fabulous!

For a long time in the morning we hiked around serene Finerty Lake. It was an easy and short day of hiking for us — our friends Amber and Andy were visiting us from Brooklyn. Because we stopped early, we had plenty of time to relax.

Poor Amber and Andy. They did finally arrive in the evening but not without many trials and tribulations. I has forgotten that following white blazes is a learned skill. What should have been a two-mile hike was extended into six miles. We could hear them talking as they came down the trail, so Magnus and I ran around to greet them. Then we stopped short. They had been intercepted, only thirty feet away, by a Narrator. This Narrator was a pro: gave all sorts of information about the AT, the maintenance required, weather patterns, shelter changes, invasive species. Then just as Amber and Andy were inching their way past him, he asked, “So where are you from?” Pro move, Narrator! That locked Amber and Andy in for another good five minutes. At last they were free! We all had an exceptionally lovely evening. They brought us so much food and we ate an embarrassing amount. Homemade cookies! 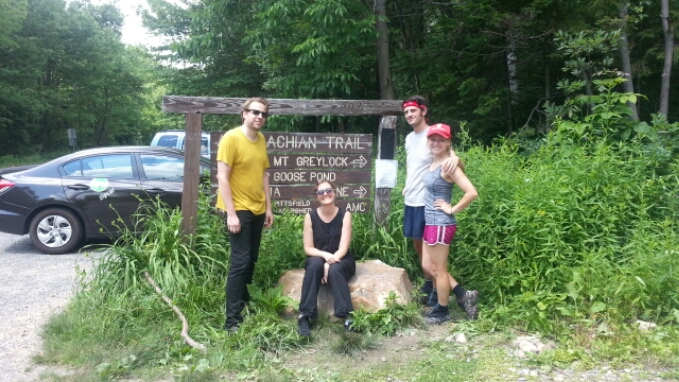 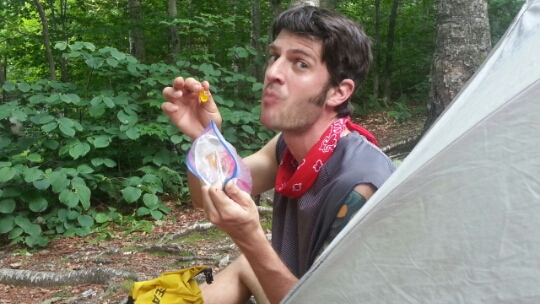 7/11 Saturday — Day 126
Magnus, Amber, Andy, and I hiked out together in the morning — no mishaps this time. Then, Magnus and I abused our friendship with them by requesting chore time. Sorry, guys. The most exciting part of the errands was visiting the post office. We received three packages. Unreal. We received so very many wonderful things and food that we ended up bouncing another box ahead. Thank you Matt, Dave, and Zach!!!!!!! I am absolutely blown away by the generosity of our friends.

The second best part of our errands was finally retiring my red shirt. I started wearing it on Day 1 and it is the most disgusting item of clothing I have ever placed on my body. Stained, holey, and I swear — slimy and stinky even after it’s washed. Sayonara, dear friend. Rest in piece. Parting is such sweet sorrow.

Amber gave us another two dozen cookies. We ate one dozen in the car and had the self-restraint to eat the other dozen once out of sight. It was such a fantastic visit with those two and I only wish we had had more time together. Thank you both!!

We hiked on and away. On top of Warner Hill we were surrounded by bushes upon bushes of wild blueberries. We went nuts. 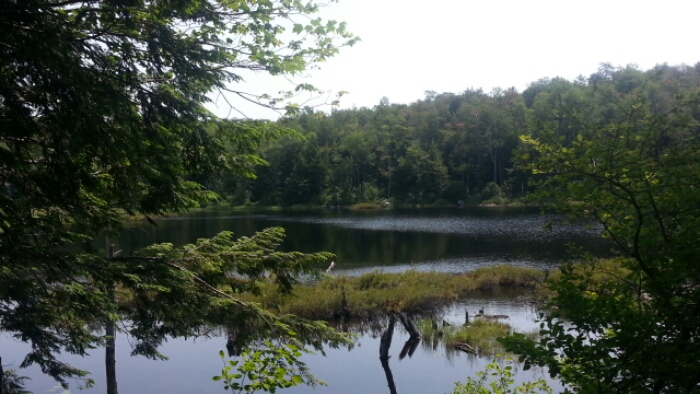