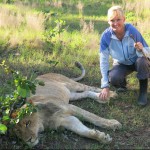 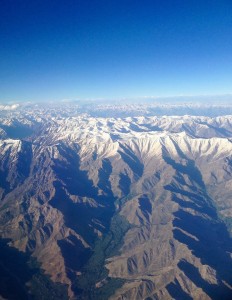 Concrete is supposed to have a high thermal mass therefore allowing it to hold heat longer than some other materials. The key is that it has to have been warm in the first place. Well, if any of y’all have ever been to Aberdeen, South Dakota in the winter you know that s*#t ain’t gonna be warm to start with. So, when you’re sleeping on it over night and the temperature drops to around 11 degrees, it’s freakin’ cold!

That night is the coldest I have ever been in my life. I was cold for like a year after that. We didn’t know we were going to be out there all night but we didn’t want to lose our place in line so there we were sat, stood, jumped, laid, and slept on the sidewalk in front of the conference center at Northern State University waiting for tickets to see President George W. Bush, not because I am a huge George W. Bush fan, but because it was a chance for my son to see the President of the United States. You parents out there know, parents will do the craziest things for our kids.

Ever since that night, I have been even weirder about the cold then normal. It’s mostly a mental thing, well it was until I developed arthritis in my hands and feet. Now they all ache in the cold. Forty-six with arthritis, pfff! Actually, I got it in my thirties, sort of sucks but, whatever. There are worse things.

Oh No! Not the Cold! 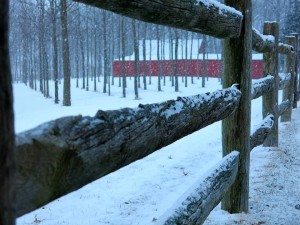 Dad’s Barn in the Snow

Now, I always try to plan ahead, just in case I find myself in the cold. So, as I am planning my 2016 AT NOBO thru hike (I love writing that! NOBO, NOBO, NOBO….hmmm, yea…. don’t judge! You know you have some quirks too! NOBO!) I know I am going to be outside in the cold, I have been stressing a bit about it. Thank goodness there is time to plan and be prepared when the inevitable happens.

According to the appalachiantrail.org website, an AT hiker leaving in April can expect to be cold while in Georgia, North Carolina, Tennessee and Virginia. Then cold again toward the end of the hike in New Hampshire and Maine. How cold you may be asking, well, maybe even snow cold! Yikes! I will let you know for sure when I get there.

Wonder Bags and Snow, There is a Connection

Managing the cold has not always been an issue for me. I remember climbing into snow pants, those ones with the suspenders, pulled up over a thermal shirt and sweater, slipping my feet into plastic Wonder Bread bags then shoving them into a pair of very cool Moon Boots, pulling on a coat and fuzzy hat, wrapping a scarf over my face, wrapped around the back and pulled tight, sliding my hands into a pair of mittens, then heading out into the wintery world. 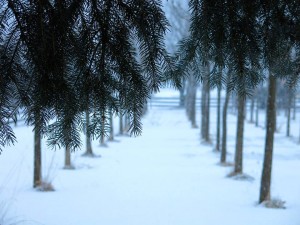 Trees in the Snow

Too Cool for the Cold

That was the outside outfit of choice until maybe 7th or 8th grade. Then something happened and all of a sudden it was obviously not cool to be warm because no one would be caught dead at a football game on Friday night with a thick coat or hat. This irrational behavior continued through high school. I never did make it to cool though, all that freezing for nothing.

After high school, when I went into the Army and got stationed in Germany, that cold weather gear the Army issued got used, a lot. Since then there has been a steady decline in my cold weather tolerance. Eight years in South Dakota did nothing to help either.

With Plug-in Available, What the F*&#? 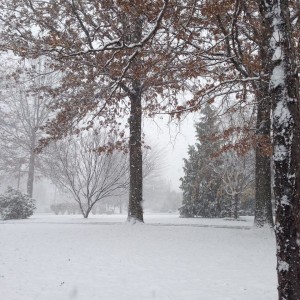 Me: Hello, I am moving to Aberdeen and I see you have an apartment available for rent.

Me: Great um, your ad says ‘with plug in available’ . I was wondering what exactly the plug in is available for, a washer and dryer maybe?

Me:(Looking at my dad, shrugging my shoulders) He isn’t answering. I think we got disconnected.

Man: (Now laughing) No ma’am, the plug in is for your car.

Me: (Looking at my Dad, covering the mouthpiece of the phone) He said it is for the car? They must be real environmentally conscious out there!

Me: Do a lot of people have electric cars out there?

Me: (Looking at my Dad again) He stopped talking again.

Man: (No longer laughing) Ma’am, the plug in is available so you can plug in your car battery so it won’t freeze over night. Are you sure you really want to move out here?

Not one of my brighter moments. There are actually quite a few of those but those are stories for another day. 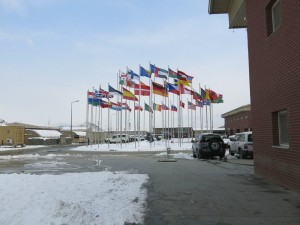 From Savannah Heat to Cold Concrete Bunkers in Afghanistan

Anyway, in 2004 we moved to Savannah, Georgia. It is nice and warm there. Yep, nice and warm. After around nine years I left Savannah to work in Afghanistan. Little did I know that it gets very cold in some parts of Afghanistan. Thank goodness I did have my newly issued Army winter gear, though I was not in the military. I was with the Department of Defense and attached to a Green Beret unit but they issued all the same gear the regular Army receives. 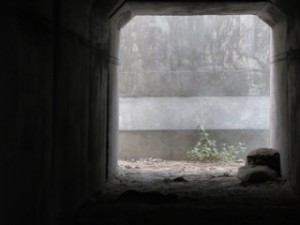 One night, while at Bagram Airfield for a meeting, I knew my cold tolerance or lack there of had reached an all time low. I was all cozied up in my little, tiny transit room with plywood walls when some sort of rocket attack started. Boom! Ground shaking. Then another, Boom! Ground shaking again. Then the take cover siren started wailing in the night.

The girl in the room across the hall knocked on my door. I got out of the bed, where I had still been laying trying to decide if I should brave the cold and actually get up, and opened it. She asked, “Do you think we should go to the bunker?” Then another Boom! Ground shaking. That one was pretty close.

“Well”, I replied, “I don’t know if we need to do all that. We could get ready to go though, just in case. If you want to go though I think, (Boom! Ground shaking, a little further away this time) you should go ahead. As for me, I think I am going to give it a couple more minuets and see what happens. It sort of sounds like they’re moving further away.”

She opened the door at the front of the long, one-story building we were in. We both peeked out. It was snowing, hard. That did it for me. Decision made. Must have been for her too because we looked at each other in agreement and she shut the door. Thank goodness the attack stopped and the siren puttered out, the night quiet once again.

Yep, I knew I was at a zero cold tolerance when things started blowing up and I all I could think was, “F*&# this [email protected]*t, my ass ain’t getting’ out of this bed to go sit in that cold ass mo&*@# f*%#@in’ concrete bunker for hours! Because, I knew it had been cold all the previous day and that high thermal mass concrete had not had a chance to get warm! Probably another not so bright moment. 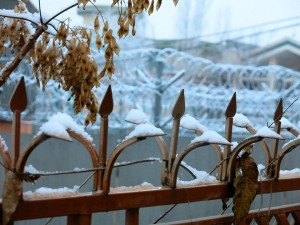 Cold Weather Gear for the AT