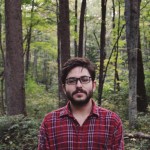 A Collection of Post-Thru-Hike Thoughts

I’ve tried to sit down and write this blog post at least five to six times at this point, but for some reason, I’ve had trouble linking together my thoughts and what I want to say. Its been over three months since I’ve summited Mt. Katahdin. It’s been three months since the most immersive experience of my life ended. It’s been three months of me slowly trying to find out where I fit back into society now. The trail has made me question everything. From the intentions of people, to the way I function, to the way I perceive experiences, and everything in between. As many people have said in the past, post trail depression is real. I’ve found that it has affected me even when I didn’t think I was being affected. It has shown itself in ways I wasn’t expecting. It has almost subconsciously drilled its way into my mind and hasn’t really let up much. Sure, I feel fine. I don’t seem depressed or anything on the outside. Somedays, It doesn’t make an appearance, some days it does. No matter what though, I always will feel a sense of loss about the trail. I constantly reminisce of the people, places, and acts of kindness that filled my year. I keep finding myself trying to express how I feel about it all, but for some reason, I can’t find the words.

Here I am though, farther with this post than any other time I’ve tried to write it.

When talking about the trail to someone that has done it or not done it, it’s a 100% subjective conversation. Experiences that I had are completely different than the experiences of my fellow hikers. Partially, thats why the trail is as life changing as it is. No two people share the same Appalachian Trail thru hike. No two people have taken all of the same side trails. No two people have stayed at the same exact hostels. No two people are the same before or after their thru hike. Not one person leaves the trail unchanged in one way or another. Lately, I’ve found myself doing everything I can to keep my mind from drifting too far into the void. When I say void, I’m directly referring to the place in a hikers mind that only consists of memories from their last adventure. Sure, I think about the trail, but right now, things don’t have the ability to be the way they were earlier this year. Spending too much time in that section of my mind does nothing productive for me. I have a separate section for next years adventure, so don’t worry.

Filling the empty time with something that is motivating and productive is essential. I hadn’t found that out until recently. When I got home from the trail, I was unemployed for about a month and a week, and honestly couldn’t have told you what I wanted to do with my time. I didn’t want to return to my corporate place of employment, so I began applying at coffee shops, small restaurants, etc. Eventually, I found myself trying to justify going back to my corporate career due to the salary. Sure, I feel like I’m selling my soul, but if I’m going to sell it, it might as well be to the highest bidder, right? The only rational way I can justify me being a corporate suit again is the ability it gives me to fund another thru hike. (More on that later). So here I am, sitting at a coffee shop, living in the “void”, writing, reminiscing, and thinking about one thing. The trail. It’s impossible to not slip into the void. It’s impossible to try and think about anything else because nothing else has even compared. Regardless of which type of hike you had, I can guarantee that each person that thru hiked will think of those memories today. I don’t think that its avoidable to constantly find yourself completely entranced with memories from the trail. Every single day I find myself remembering more and more moments that I had forgotten about. I find pictures logged away in my memory cards that I had completely missed. I find journal entries on my phone and in my notebook that still resonate as intense as they once did. I still find myself in the same mindset that I once was, and thats a good thing. Why not spend time somewhere that fills your heart and mind with joy? Why not take the lessons you’ve learned from an experience such as that and apply them to your current situation? Why not remember the vivid, intense, overwhelming experiences and share them with others? Why not take a moment everyday to appreciate what you have the ability to do?

I’ve found that trying to avoid these thoughts and conversations is useless. No matter how much I don’t want to continue to talk about the trail and only the trail, I can’t. I’ve tried. Everything that I do now, I relate back to the trail and remember how I overcame a situation that was similar. On the trail, we had less items, less resources, less of an ability to control situations, less of an ability to participate in social and community functions, less of a desire for more. We needed less, but we weren’t less. There is constant pressure from outside influences that try and guide every thought and move we make, and that still existed while we were on trail. Most people carried a smartphone, and sure, said people, including myself, didnt check it nearly as often as we do now, but nonetheless; those same outside influences still existed, they just didn’t affect us. So why all of a sudden is that pressure there? Why all of a sudden am I not able to avoid it as I once was. Well, I’m working on that.

Separating the expectations that are set by the outside world from my own expectations has been revolutionary.

Focusing on moving forward in the same direction that the AT left me is exactly where I need to be. Since completing the AT, I won’t lie, life as I know it has taken its toll on me. I’m starting to put the thoughts and experiences that I learned on the AT to good use. Im finally starting to grasp the full affect that it had on me. I’m learning to not dwell on the fact that things won’t ever be the same, but instead, focusing on controlling my current situation and adapting to make things as close to that as possible. The AT indeed has had a life changing impact on me, and instead of living in the past, Im going to continue to push towards living a reality similar to that again.