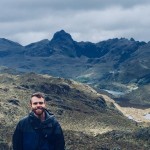 What is the “Trail Family Tree?”

Back in part one, I talked about the cast of characters one meets on a thru-hike. In many ways, these people add flavor and make life on the trail truly life-changing.

I’ve been referencing my trail family as “Ravioli & the Sauce” since the beginning, with no explanation as to who or why. So what’s part two of the AT community? It’s all about the trail fam.

I should clarify; there are two distinct groups: the immediate trail family or tramily, and the extended family tree. Each of these groups becomes a thru-hiker’s anchor; while many opt for solitude during a thru-hike, becoming part of one of these groups has many benefits.

Let’s back up for a minute; how did seven woods-dwelling reprobates (thanks, Showstopper) manage to form a cohesive group? Why would they ever choose to call themselves something as suggestive as “Ravioli & the Sauce?”

I suppose with should start at the beginning.

From mile zero atop Springer Mountain, I’ve been hiking with Plume (full name plumorchard), Onkel Felix, Jack 2 Skinz, and Rice Bear (the latter two having since finished their section hikes). As a group of five, we were close from the start, loosely planning our miles and hiking close each day.

Our second night on the AT was spent lounging around Gooch Mountain Shelter, where we met a slew of new thru-hikers. Standouts included the Wondertwins (now known as the Dungeon Master and Rubber Ducky), Nightingale, No Heart, and a man named Ravioli. At the time, Ravioli and No Heart were the only two hikers with trail names, and we couldn’t help but chuckle at the thought of a grown man named after a silly Italian dish.

Though we left Gooch shelter separately, we found ourselves camped together in the nights that followed. By Hiawassee, our group was all but set: Plume, Onkel Felix, Rice Bear, Jack 2 Skinz, the DM, Rubber Ducky, Ravioli, and I were committed to hiking together for the foreseeable future.

Maybe our team chemistry vibed just well enough. Maybe we simply didn’t want to walk alone in the woods. Or maybe we were all just twisted enough to enjoy each other’s dark sense of humor. As the miles accumulated, so did our commitment to sticking together.

By Franklin, NC, we had lost Jack 2 Skinz to the real world. Our climb out of town was relatively uneventful except for one chance encounter; we leapfrogged with a solo hiker named Chris the entire way up, and he hiked with us the rest of that day. He camped with us for several nights, and invited us in from the rain at Fontana Lodge.

And so Margarita joined the trail family.

In an earlier post, I highlighted a few of the benefits of trail families, though at the time I had little idea of how important they would be to my success thus far. Sure, a larger number of people makes hotel stays more wallet-friendly, and the little conveniences like an offer of filtered water and a stray snack here and there don’t suck.

But a trail family is one of the greatest comforts and motivators one can have on a thru-hike. It’s knowing that there’s someone looking out for you that makes that hard days suck less; when you spend all night suffering from food poisoning/noro and they supply you with raisins and slow their hiking pace so you can get through the day. When you have no desire to hike so you lie together in a meadow and pretend there are no miles left. When you’re desperately trying to figure out what made you choose to walk 2,200 miles, and what keeps you all moving forward.

Unfortunately for us, Ravioli had already hiked the northern half of the AT; we said our goodbyes at Harpers Ferry and celebrated his hard-earned thru-hike.

The name Ravioli & the Sauce originated from the reality that, in a way, Ravioli was the anchor of our group, with the rest of us being a motley gang of twentysomethings hanging around a 53-year-old. While there were plenty of old jokes thrown around (mostly by yours truly), our group blended together as well as any sauce.

The extended family tree encompasses those thru-hikers we’ve leapfrogged or vibed with more so than others. Sometimes it’s only for a few miles at a time (looking at you, Marvel and Ghost), while others have been around since the early days (crazy uncles No Heart and Nightingale, and crazier grandpa Treetrunk). We’ve since met up with fellow Trek blogger Showstopper and his tramily; two tramilies that have since blended into one mega-tramily.

Since my last post, we’ve passed 1,000 miles, the official halfway point, and entered the northern AT states. With plenty of long, hot days ahead, there’s no doubt in my mind that my trail family will continue to be crucial to pounding out the second half of the AT.

They may be a bunch of reprobates, but I wouldn’t have it any other way.

After nearly 27 months as a Peace Corps Volunteer in Ecuador, I figured I keep the bucket list ball rolling; I'll be hiking NOBO starting April 4th! I've been known to spin a yarn or two, so follow me as I adjust to life on the trail and readjust to life in the USA!